San Diego Comic-Con kicks today and LEGO® will once be there in full force with Big Builds, exclusive giveaways and new set reveals. Over the past few weeks many of these have been revealed so here’s a handy round-up and word of a couple new reveals. First up LEGO has provided a little tour of their San Diego Comic-Con booth with LEGO Master Model Builder Chris. Who shows off some of the amazing large-scale LEGO models of Thanos, the Millennium Falcon cockpit, Ultrakatty and the first look at Aquaman. Elsewhere there will be a number of LEGO panels connected to upcoming TV shows and video games.

The LEGO Big Builds have a staple of Comic-Con, many of them are connected to various licensed properties with upcoming movies. This years offering includes Ultrakatty from The LEGO Movie 2, Aquaman from well Aquaman, the Millennium Falcon cockpit first seen at the premiere of Solo: A Star Wars Story, Thanos from Infinity War and there will also be life-scale model of the new Doctor Who actor. 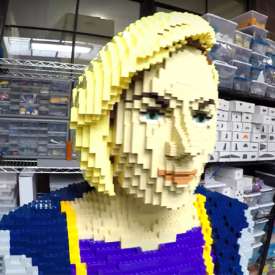 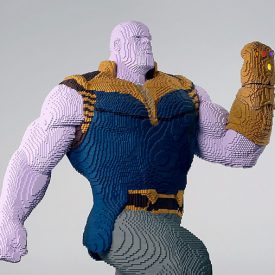 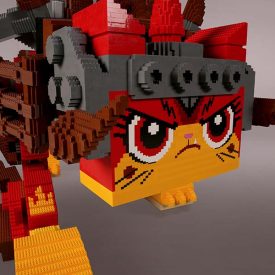 Another long-running factor of the LEGO presence at Comic-Con is the much-hated show exclusives. This year things have been done via a online lottery, with everyone attending already told what they have ‘won’ this has made it even easier for people to put the products on eBay and silly prices. Exclusives include a trio of retro-style sets based on Aquaman, Ant-Man & The Wasp and Solo: A Star Wars Story. Plus there are minifigures of Ultrakitty, Deadpool and Black Lightning. 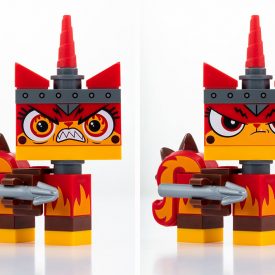 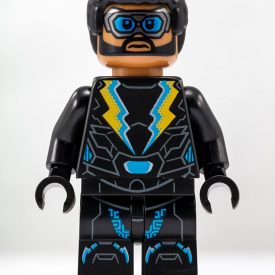 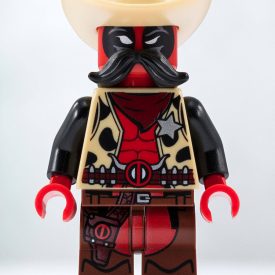 A number of new sets will be on show at the LEGO Booth, these will include the new Voltron set, the newly released DB5, a trio of The LEGO Movie 2 sets, DC Super Heroes and Marvel Super Heroes sets. The Voltron set will also be available to buy at the event. Plus there is still another set to be revealed. 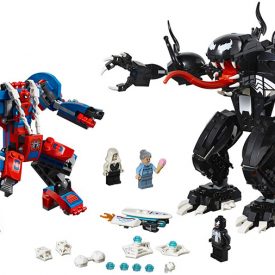 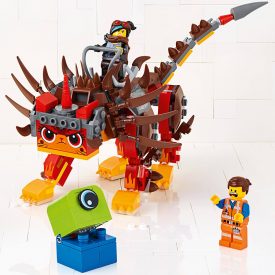 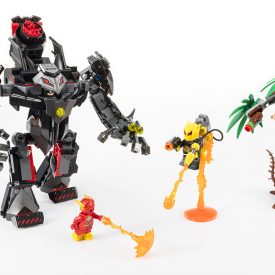 This years panels will include talks on NINJAGO: Masters of Spinjitzu, Unikitty, the new Aquaman animated special and the new LEGO video game, LEGO DC Super-Villains.

If you think ninja and LEGO are cool, then this is the panel for you! Ninjago veterans Tommy Andreasen (co-creator/producer) and Michael Svane Knap (LEGO senior design manager) are joined by lead writer Bragi Schut, voice talents Brent Miller (voice of Zane), Kelly Metzger (voice of Nya), and Vincent Tong (voice of Kai) to talk about their favorite memories and other reflections on creating LEGO’s longest running and most successful show. Bring the kids! Ninjaaaaa-GO! Moderated by the LEGO Group’s Brian Bowler.

The team behind the LEGO DC Super-Villains videogame, including Arthur Parsons (head of design, TT Games) and fan-favorite Batman voice actor Kevin Conroy, along with Tara Strong (voice of Harley Quinn), Julie Nathanson (voice of Silver Banshee), Fred Tatasciore (voice of Solomon Grundy, Clayface, Black Adam, Killer Croc), Ames Kirshen (VP, Interactive & Animation, DC Entertainment), Justin Ramsden (Designer, Super Heroes, The LEGO Group) and moderator Andrea Rene (What’s Good Games) give an inside look at the first LEGO game to put players at the center of a villain-centric adventure packed with favorite locations and characters from across the DC Universe. This celebration of villainy will provide fans with exciting character reveals and details about the story. Players have the ability to create and play as a super-villain throughout LEGO DC Super-Villains, unleashing mischievous antics and wreaking havoc in an action-packed, hilarious story written in collaboration with DC Comics. Warner Bros. Interactive Entertainment and The LEGO Group will release the game on October 16.

Your favorite character from The LEGO Movie, Unikitty, is bringing her joyous kingdom to Comic-Con! Make sure to bring plenty of sparkle matter, positive vibes, and all your questions; producers and members of the voice cast will be on hand to share a new episode and answer your questions.

Aquaman must battle foes in the air, on land, and in the depths of the Seven Seas, along with some help from The Justice League, to save the day in his latest animated adventure, LEGO DC Comics Super Heroes: Aquaman: Rage of Atlantis. Enjoy the first-ever live showing of the film, then prepare for laughs when the postscreening panel takes the stage. Discussing the fun of making a LEGO movie will be actors Dee Bradley Baker (American Dad!) as Aquaman, Troy Baker (The Last of Us, Batman: Arkham Knight) as Batman, Grey Griffin (DC Super Hero Girls) as Wonder Woman and Lois Lane, Cristina Milizia (Bunsen Is a Beast) as Green Lantern/Jessica Cruz, Susan Eisenberg (Justice League / Justice League Unlimited) as Mera, and Fred Tatasciore (Batman Ninja) as the villainous Lobo. Filmmakers on the panel include Matt Peters (LEGO DC Comics Super Heroes: Gotham City Breakout), screenwriters Jim Krieg (Batman: Gotham by Gaslight) and Jeremy Adams (LEGO DC Comics Super Heroes: The Flash), and executive producer Brandon Vietti (Young Justice). As usual, expect some additional surprise panelists, plus everyone in the audience will receive an exclusive LEGO mini-figurine of Jessica Cruz/Green Lantern! Produced by Warner Bros. Animation, DC Entertainment, and the LEGO Group, the film will be distributed by Warner Bros. Home Entertainment on July 31 on Blu-rayT Combo Pack, DVD, and digital.