The second San Diego Comic-Con LEGO exclusive has been revealed. Joining the LEGO Star Wars Millennium Falcon Cockpit revealed yesterday is a DC Comic themed set, featuring Aquaman. The set includes a classic version of Aquaman and his brick-built seahorse buddy Storm. Rounding off the set is a couple of sea rocks and more sea creatures. Just the LEGO Star Wars set, it’s packed in a funky VHS style box, adorned with comicbook-type artwork. This set will only be available at San Diego Comic-Con, which begins on July 19th. 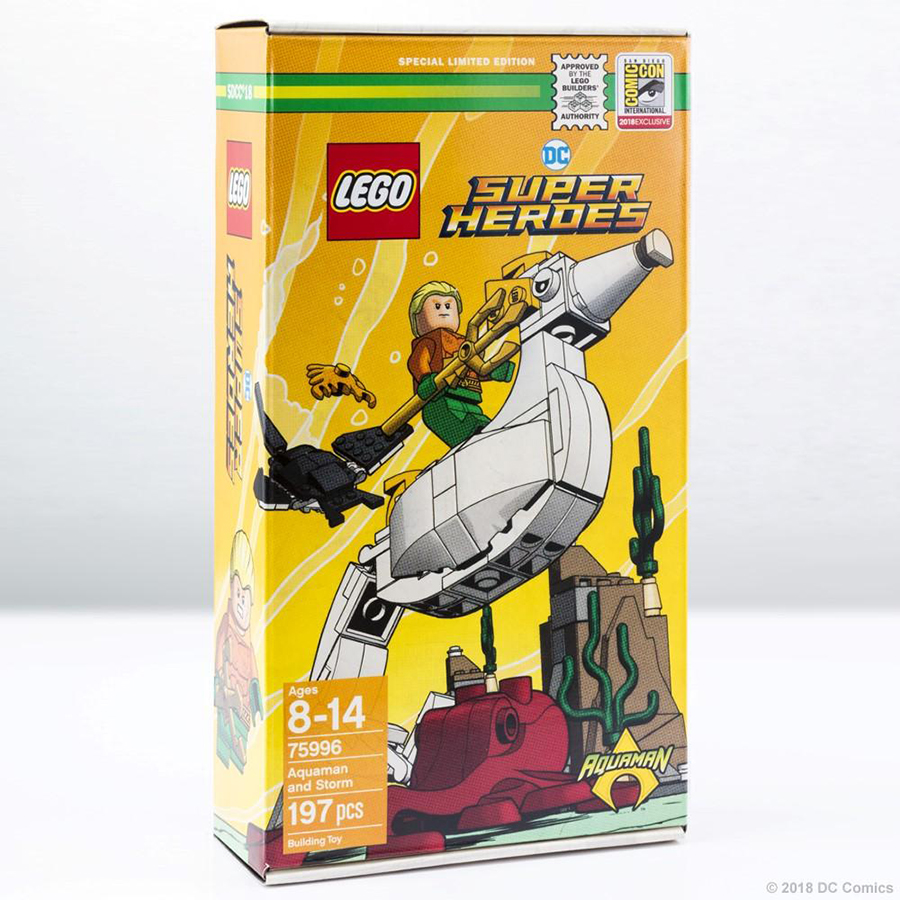 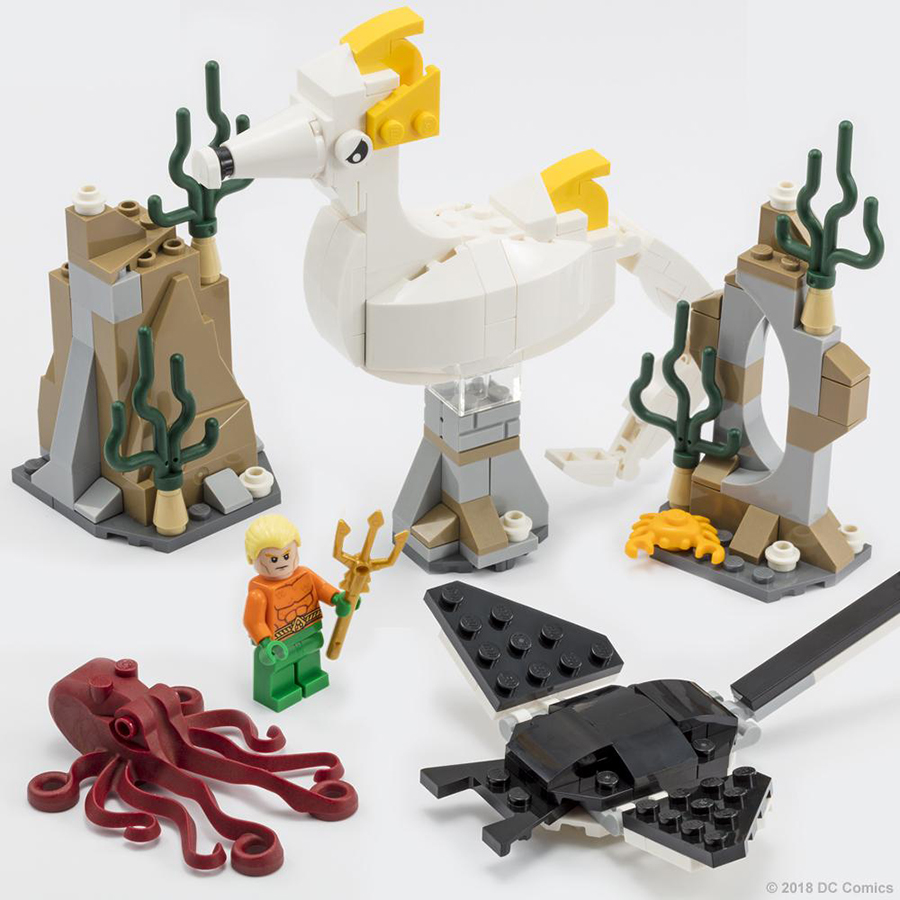