Every year I, like many LEGO® fans, like to celebrate the festivities of Christmas through the magic of LEGO sets. The basis of most displays are the annually released Winter Village sets and as the years have gone on my display has become considerably larger. You can see how it began here and here. What was once a single level village with a few buildings, is now a wonder some multi-level plaza. So Snowflake Village is no more and my Christmas LEGO display is now dubbed Snowflake Plaza. 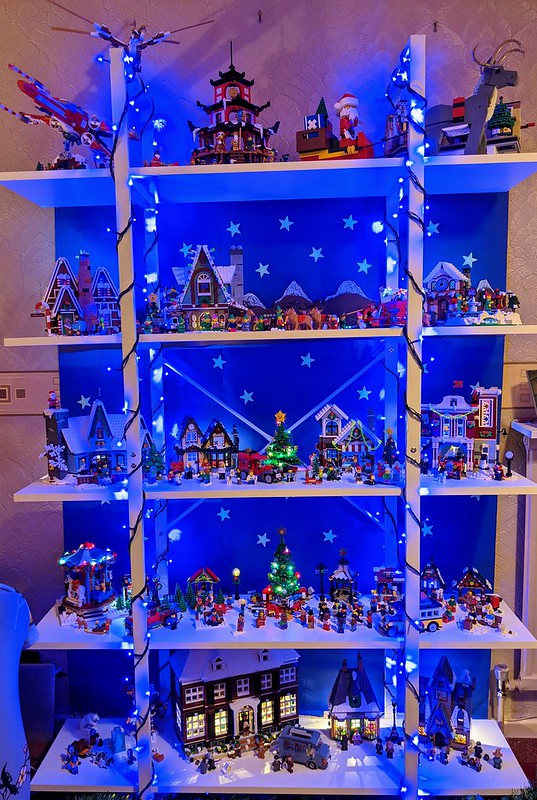 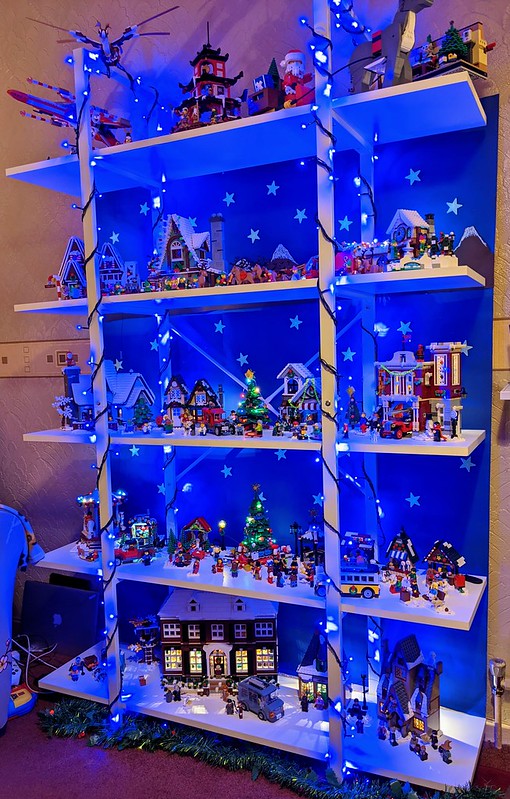 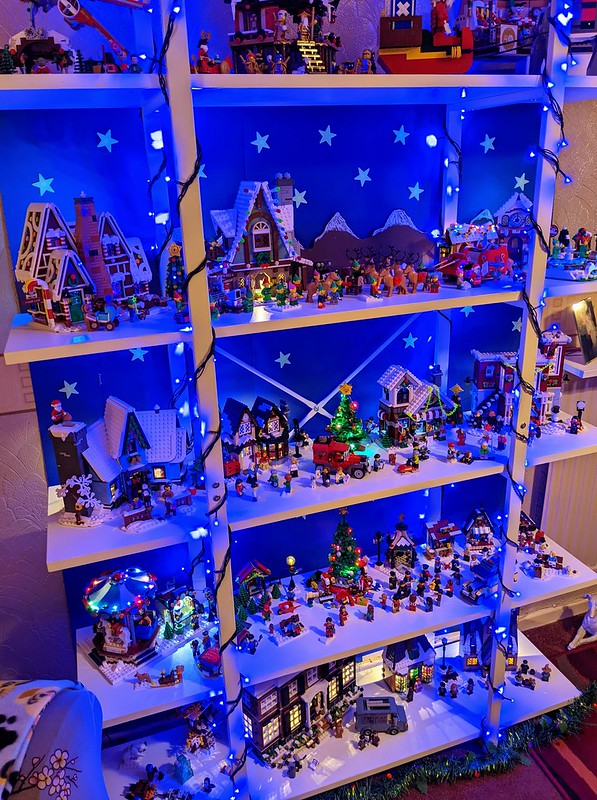 Spread over five shelves, I’ve lovingly put together various sets to create various scenes. As I mentioned in my recent feature, there are some sets beyond the Winter Village Collection, which can help to expand your festive displays. I’ve added the LEGO Ideas Home Alone set and the two Hogsmeade buildings from the LEGO Harry Potter theme. Pride of place are the last four LEGO Holiday Gifts, including the 10th Anniversary NINJAGO Temple of Celebration. 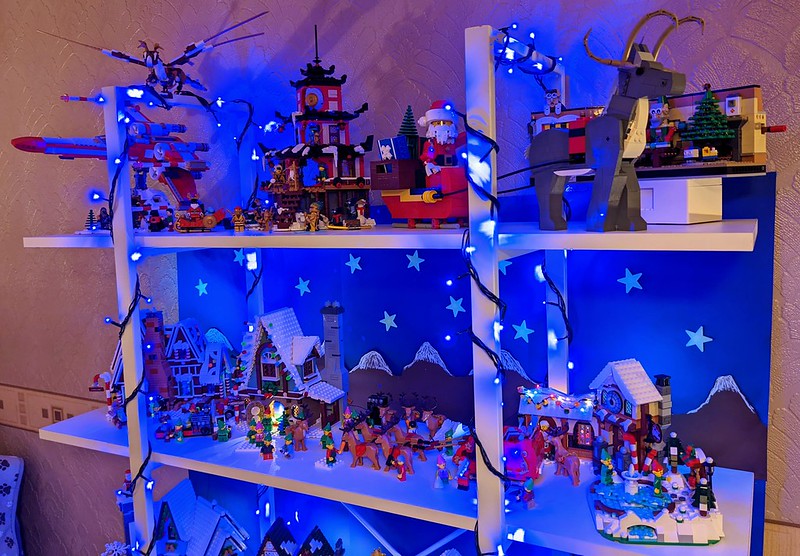 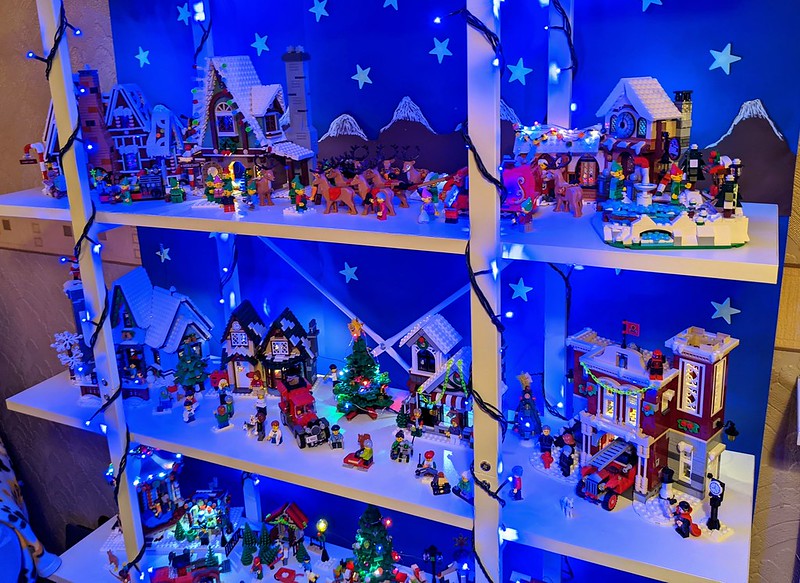 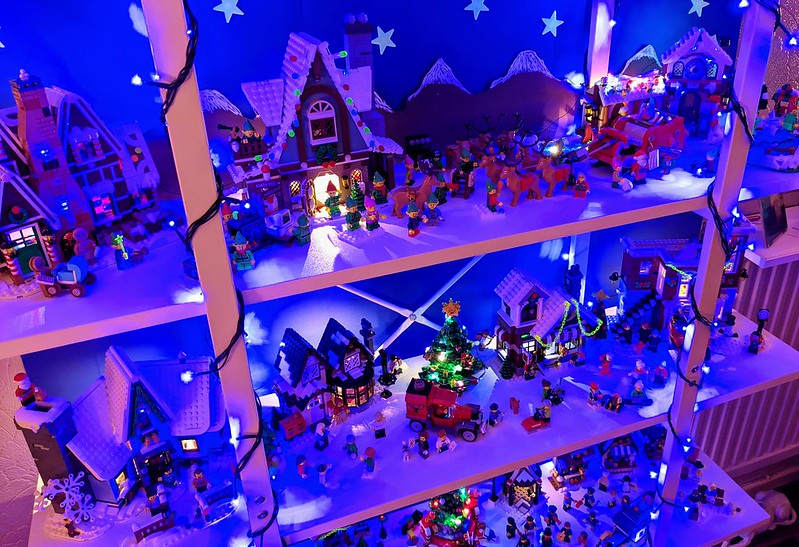 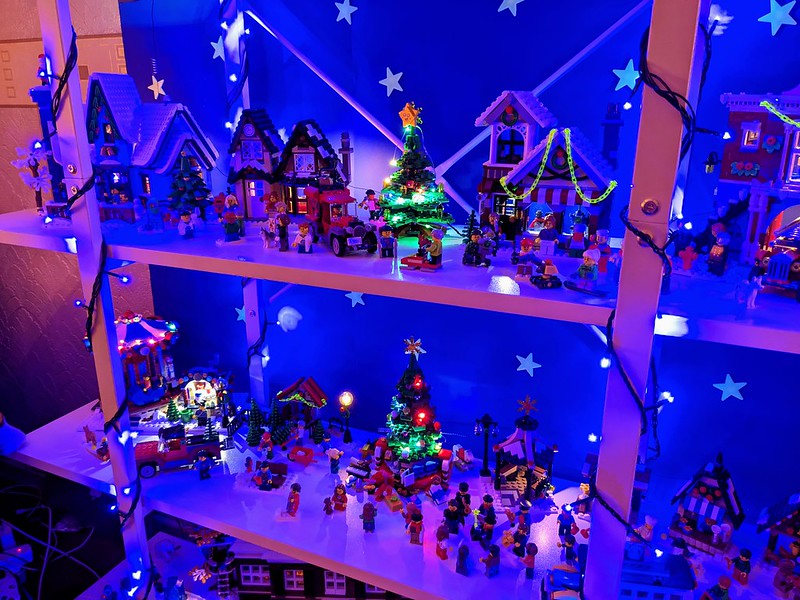 One thing I’ve always wanted to do but have never gotten around to adding to my LEGO Christmas Display is lights. This year thanks to Lightalling and BricksMax, the magic of illumination has truly given Snowflake Plaza a real Christmassy feel. Although the kit used was meant to just light up the Home Alone house, the addition of just a couple of extra strips of lights has helped to add light to every building. 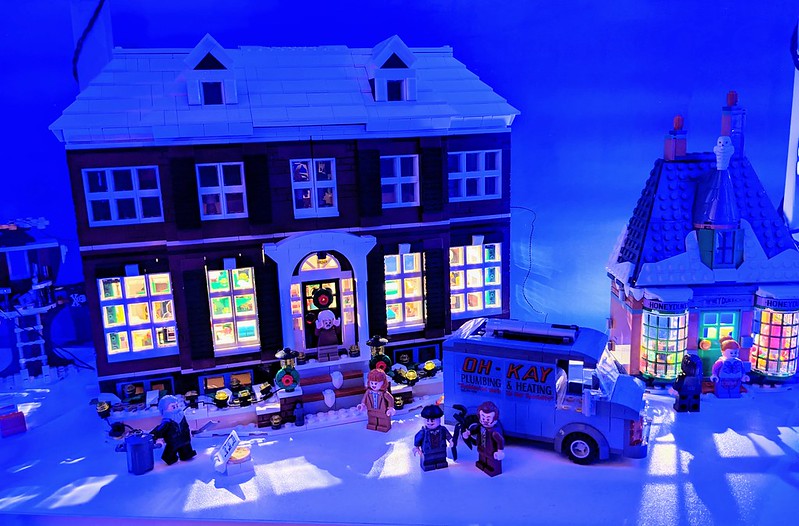 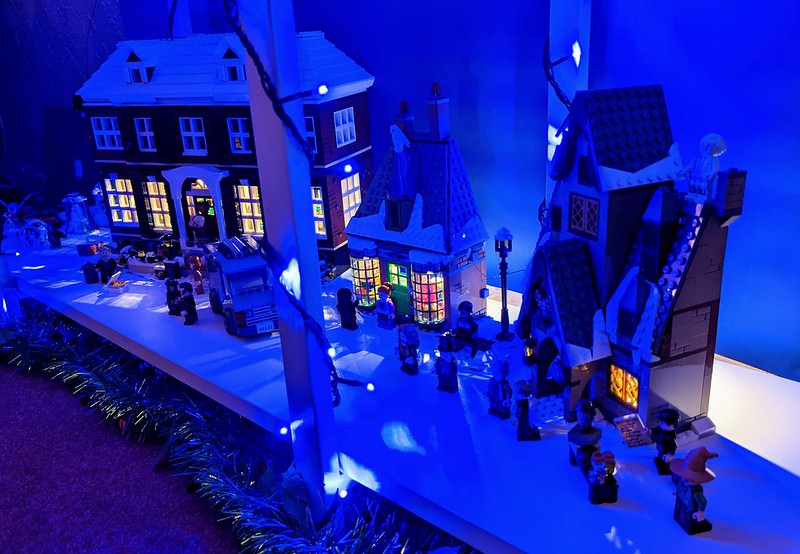 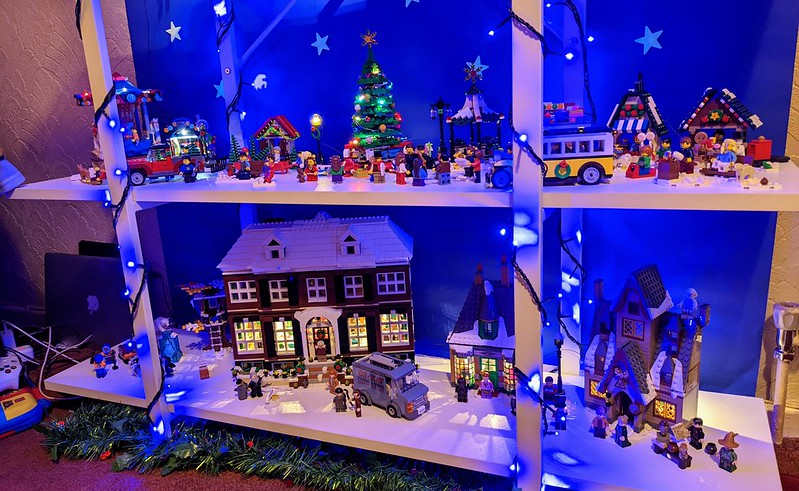 Finally, the Winter Village Train and Station is once again sitting at the base of the Christmas Tree. It may not be lit up but using the winter version of the Disney Train controls in the Powered UP app does the job. Although we can;t have many people visit to see the display in person this year, I hope you enjoyed a peek at it here and to all the BricksFanz readers, I hope you have a nice and safe Christmas. 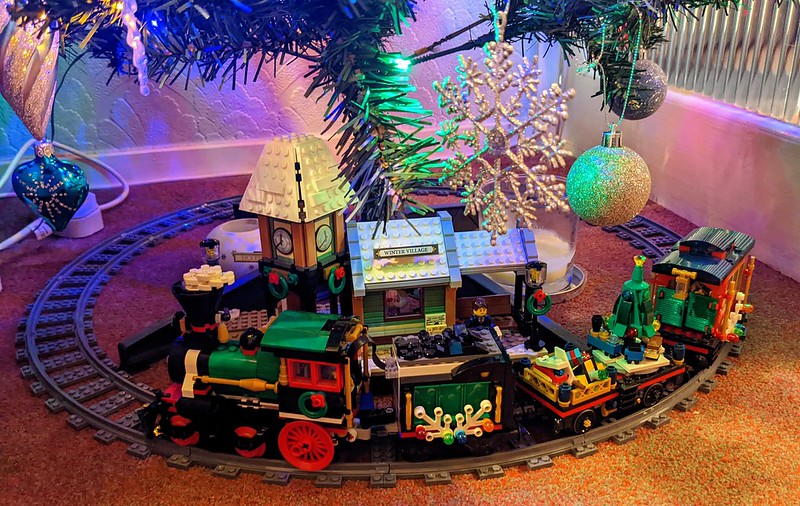