LEGO™ Fans, Years ago a LEGO set was released that is still sought after today. Now it’s been called into action again to help in struggle against the First Order. Below we information vital to being one of the first people in the Outer Rim to purchase the new UCS Millennium Falcon, retrieved from the memory systems of a R2-PR unit. This is the most desperately wanted LEGO set and it will be available from at one minute to midnight on September 13th. Everyone is welcome to attend even Jedi! You can meet the LEGO Designers who creates the set, take part in a LEGO Star Wars Scratchcard raffle and of course purchase the UCS Millennium Falcon! Details below. 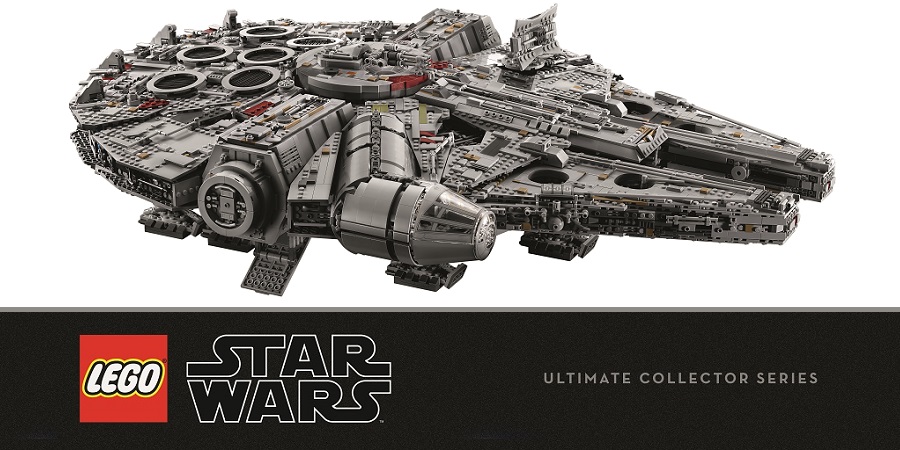 The LEGO® Store in Leicester Square is opening at 23.59 on 13th September 2017 to celebrate the arrival of the biggest ever LEGO® set – the LEGO® Star Wars™ Ultimate Collector Series Millennium Falcon.

* 75192 LEGO Star Wars™ Millennium Falcon is available to LEGO VIP members only for the period 14th – 30th of September. You may sign up to the programme prior or during the event, sign up to programme is free of charge. Offer is valid whilst stock lasts