A long time ago in a Square far, far away, eager LEGO® fans and press alike descended upon the UK Flagship LEGO Store in London’s Leicester Square for the midnight launch of the LEGO Star Wars Millennium Falcon. With the store set to open at midnight for LEGO VIP members to be amongst the first people in the world to own the biggest LEGO set ever made. One extremely eager LEGO fan called Leon, had been queuing since 5am yesterday morning and it’s a good job he was as the store would only be selling 150 units. By 5pm yesterday evening all 150 units had been allocated. The atmosphere was electric with LEGO Store staff members really getting into the spirit of things and entertaining the gathering crowds, with LEGO Star Wars polybags being given out via a lucky dip draw. 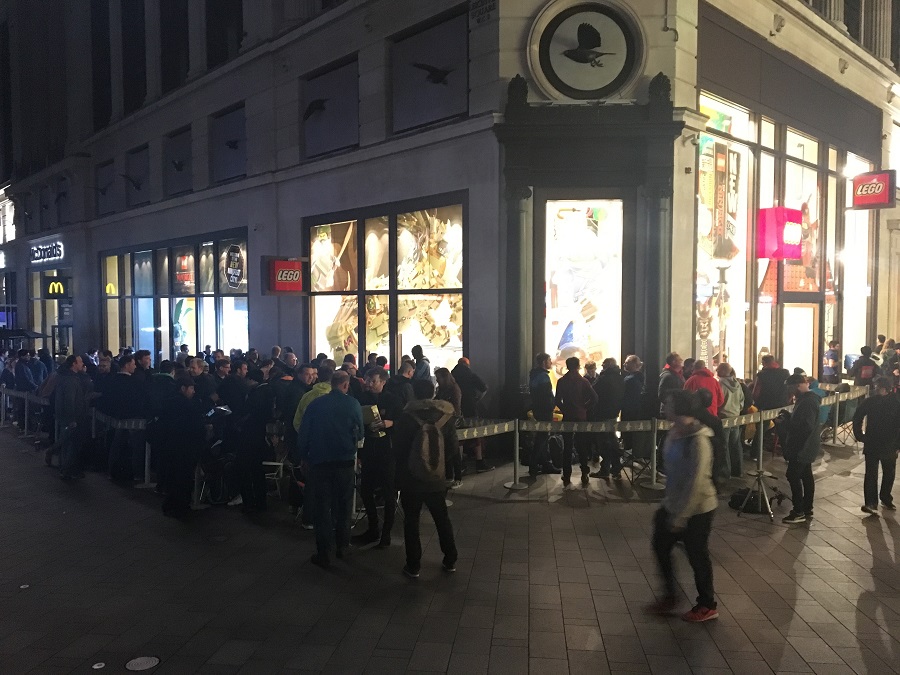 Away from the store members of the press were treated to a press conference with Director of LEGO Star Wars Design, Jens Kronvold Frederiksen and Designer Manager on LEGO Star Wars, Michael Lee Stockwell, who both offered a great insight into the new set has well as showing off some of its details. We’ll have more on this very soon. Once the press event had ended it was back to the store where opening time edged ever closer. With LEGO MASTERS host Melvin Odoom, flanked by two Imperial Stormtroopers, on hand to open the store at midnight. 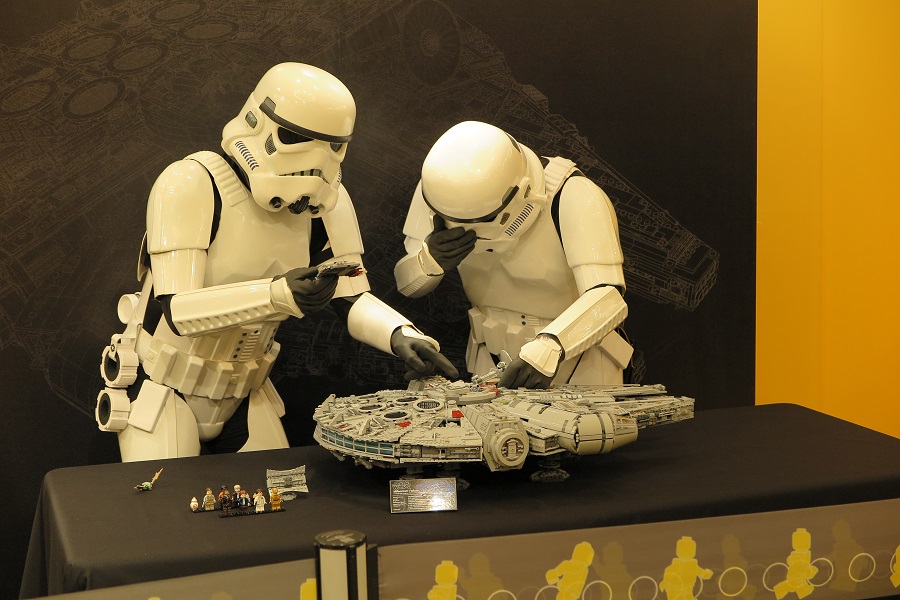 After the store was officially opened, groups of waiting LEGO fans were allowed into the store where they were greeted with applause by store staff, who directed people upstairs to purchase the Ultimate Collectors Series Millennium Falcon. Then they headed back downstairs to get their sets signed by Jens and Micheal, if they wished to do so. 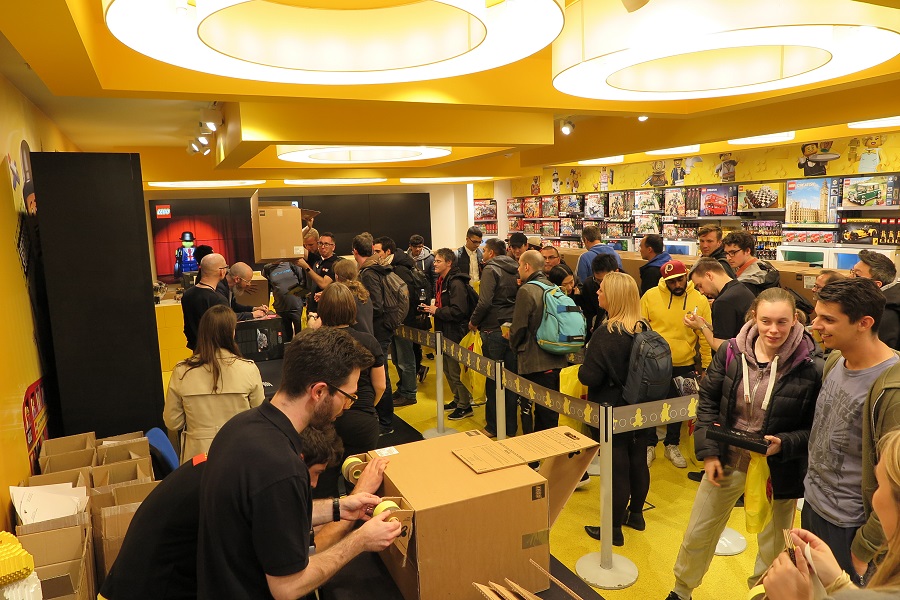 Due to the size and weight of the box, store staff had to apply wheels and a handle to each one to allow people to actually get it home. The original plan was for the store to remain open until 1am but it actually stayed open until gone 2am. Despite all this everyone there was in high spirits and once again LEGO UK has offered LEGO fans a unique way to celebrate their love of the brick. Leicester Square is no stranger to crowds for the various movie premieres it plays host to, but this was something different, capturing the imagination of everyone who passed through Leicester Square. Although it’s currently out of stock, the UCS Millennium Falcon is available now for LEGO VIP members from LEGO Brand Stores worldwide and shop.LEGO.com with general release set for October 1st. 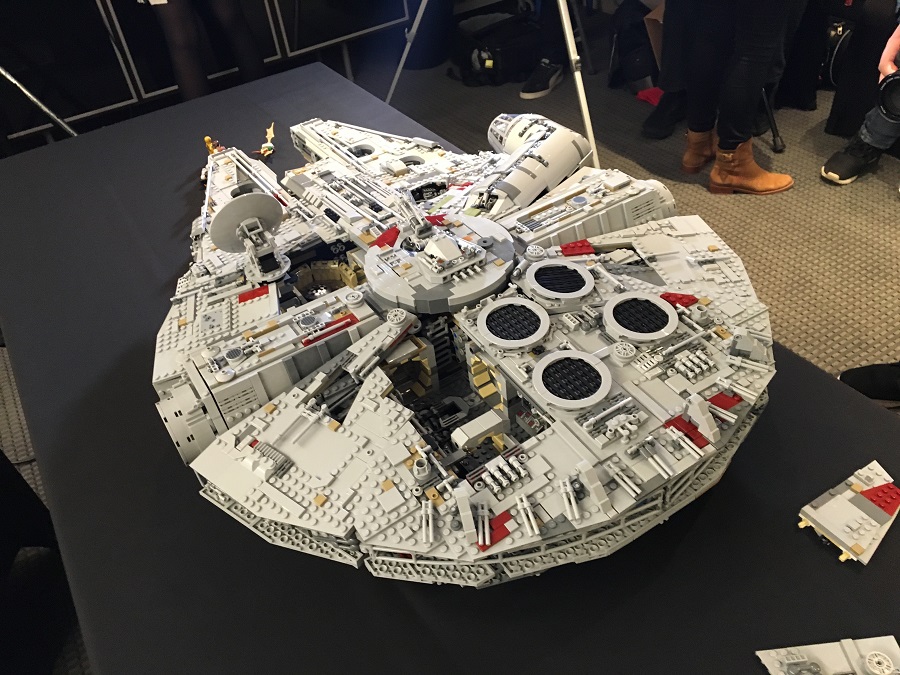 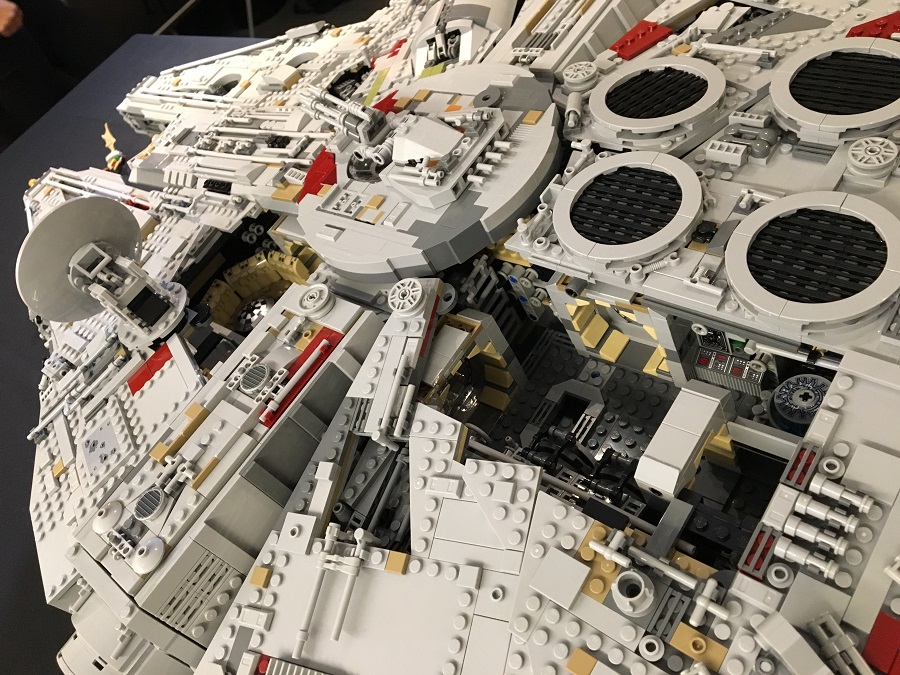 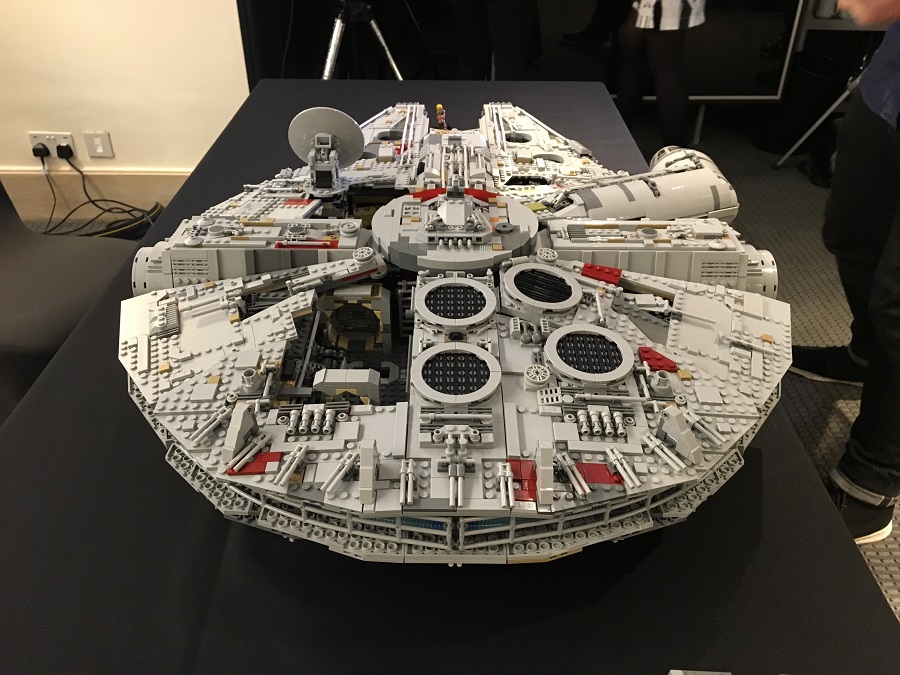