The LEGO® Movie 2 theme is being supported by a number of promotional ‘recruit’ bags commonly known as Polybags. When the first movie was released they were available via various methods including from cinema chains, with video games and as giveaways with purchases. For the sequel there are six known sets but their availability is a little more tricky to decipher. In the US a number of sets have appeared for sale in stores like Target and Walmart, in the UK one set is for sale in Asda. Another is included with the upcoming new video game based on the movie and a couple are expected to be gift with purchase in LEGO Brand Stores. I’ve managed to track down every set so decided to take a brief look at them all, in a mini review. I’ll try my best to note where you can find the sets but if you’ve spotted them anywhere else, let us know in the comments below. 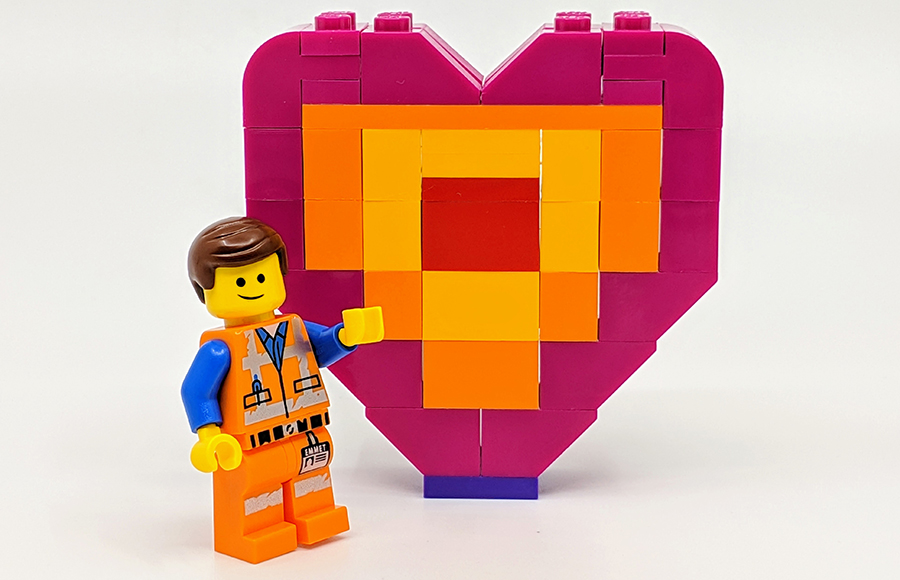 As seen in the trailers, right after the DUPLO invaders arrive in Bricksburg, Emmet chooses to approach the intergalactic visitors with an offer of peace. Unfortunately the DUPLO aliens choose to accept Emmet’s brick-built heart as a tasty snack. The polybag includes an Emmet minifigure, which features two different expressions and a fun LEGO heart. This contains a surprising amount of bricks and results in a cool little build of a fun moment in the movie and a particularly spoilery moment later on in the movie. 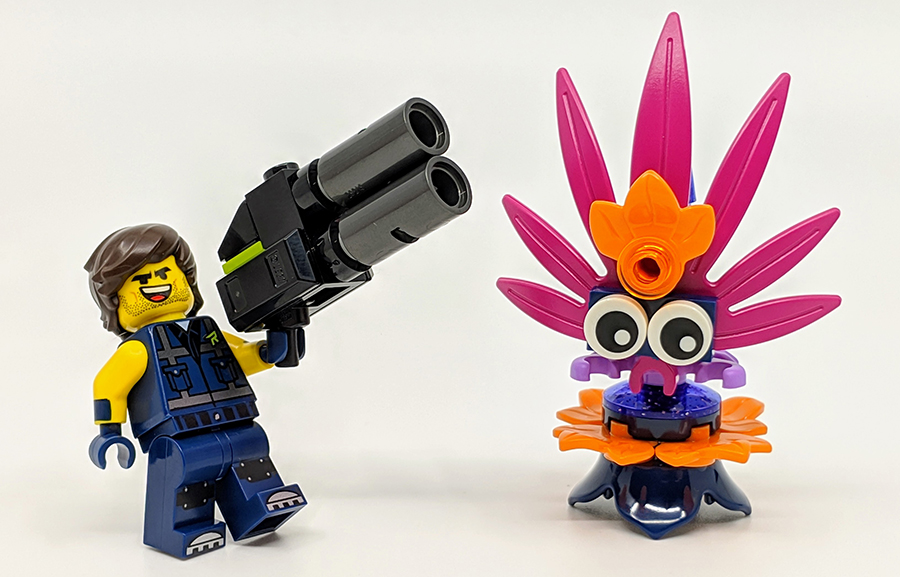 New guy Rex Dangervest fears nothing including the odd looking Plantimals creatures. Rex is similar to his other versions in such sets as Rex’s Rex-treme Offroader! and one of the LEGO Movie 2 activity books. In fact the same head as features in Emmet’s Dream House, just on a different body. The Plantimal creature is almost the same as the one included 70826, but includes a ring of new orange plant leaf elements. It even has the glittery elements. Rex includes a comically oversized blaster. It’s makes the Minifigure a little top heavy but makes Rex look even more manly when holding it. 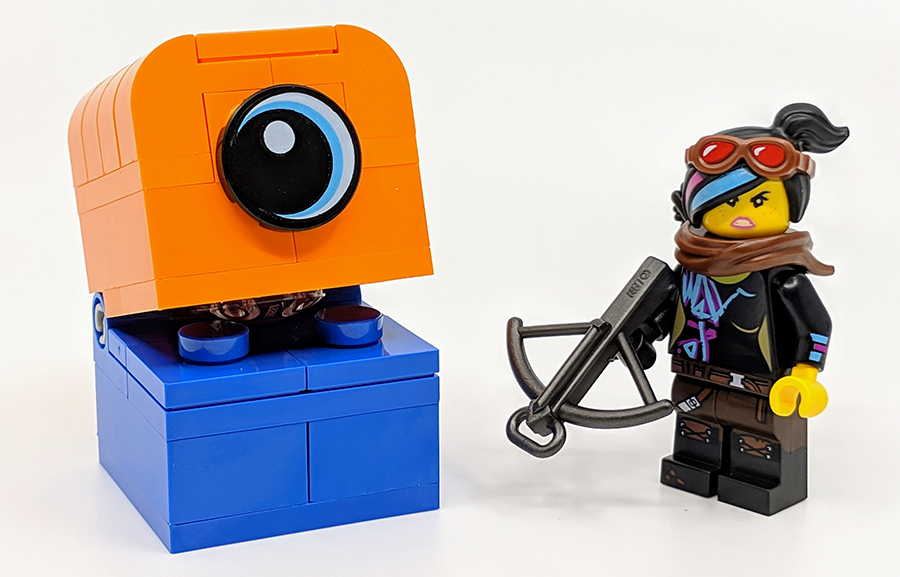 The DUPLO aliens play a key role in the movie, but in the LEGO playsets they are actually created using LEGO system bricks to look like DUPLO elements. Although not a good as actual DUPLO built creatures, they do an decent enough job of recreating them. There are two other playsets which contain the same style DUPLO aliens. The one featured here doesn’t allow you to move the eye but has the same basic build. The combination of colours are also unique to this set. Lucy isn’t that rare, with the same variant found in six other sets. But it’s a great way to add an DUPLO aliens to your collection. 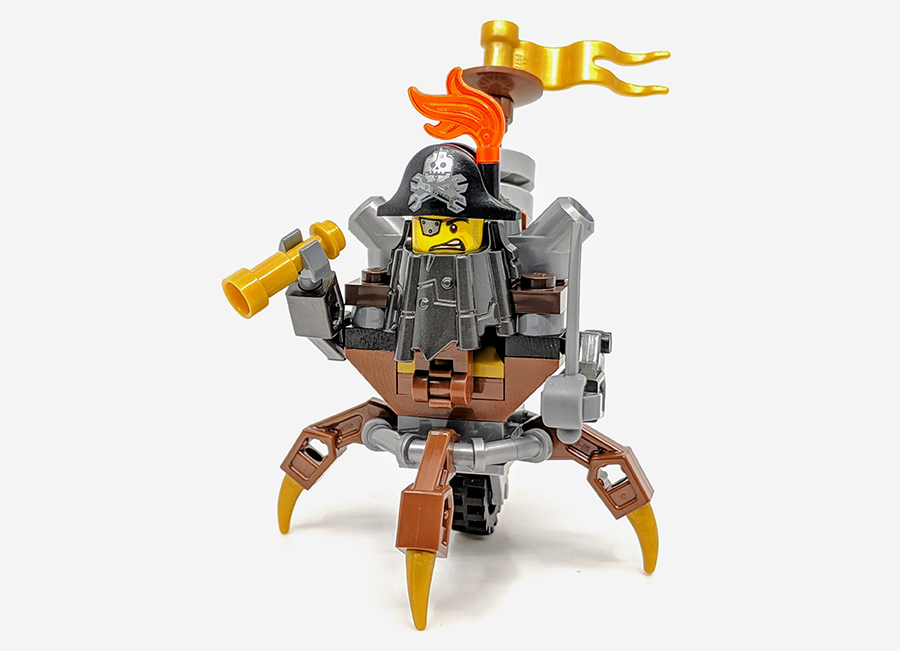 Just like some of the larger LEGO Movie 2 sets, there are a couple of polybags which offer a 3-in-1 build. This set contains a unique version of MetalBeard, who oddly is missing his chest of vital organs. Despite that it’s a fun take on the character with a great use of parts. Along with the mini spider mech, you can also rebuild MetalBeard into a trike and a very small ship, but the spider mech is the best of the three builds. Another set to use the 3-in-1 method is Mini-Master Builder Emmet. The main build is this fun little digger, it has a swiveling body mounted upon a wheeled base. There’s even a couple of printed elements on the seated area of the digger. Emmet isn’t particular rare with the head element being found in five other sets. You can aslo download additional instructions to build a car or a robot. These additional builds are definitely a lot more fun than MetalBeard’s. This is also one of the easiest polybags to get especially here in the UK. 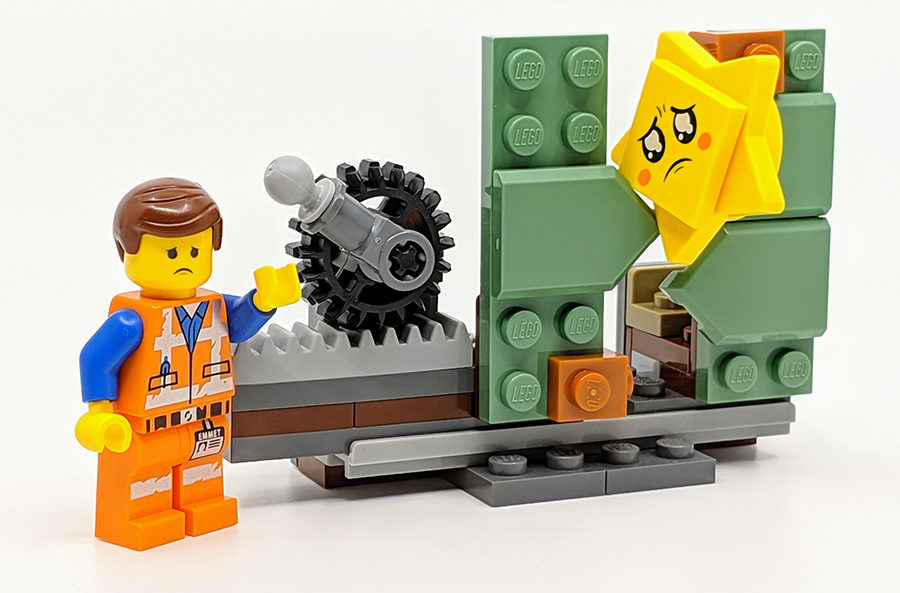 I’ve already reviewed this set a number of weeks ago and it’s set to be included with the Minifigure Edition of The LEGO Movie 2 Videogame and US movie goers can also get the set in Regal Cinemas. It’s one of the best of the six polybags, not only do you get a unique version of Emmet, you also get a cute Star granade and a cool little structure of a doorway which has a moving component. It’s definitely worth pre-ordering the game with the minifigure, if you are planning on getting the game anyway.