IMAX have revealed a new poster for The LEGO® Movie 2, which promises that the film will be ‘more awesome’ in IMAX. It’s a cool looking poster, which doesn’t offer up anything new, although Balthazar and Zen Bunny are featured on it. Both of whom were revealed in the recent DK Books release, The LEGO® MOVIE 2™: The Awesomest, Most Amazing, Most Epic Movie Guide in the Universe! The film will open on IMAX screens as well as in standard cinemas on February 8th in most countries. It’s also expected that there will be advanced previews ahead of the films general release, for those who want to see it a little earlier. 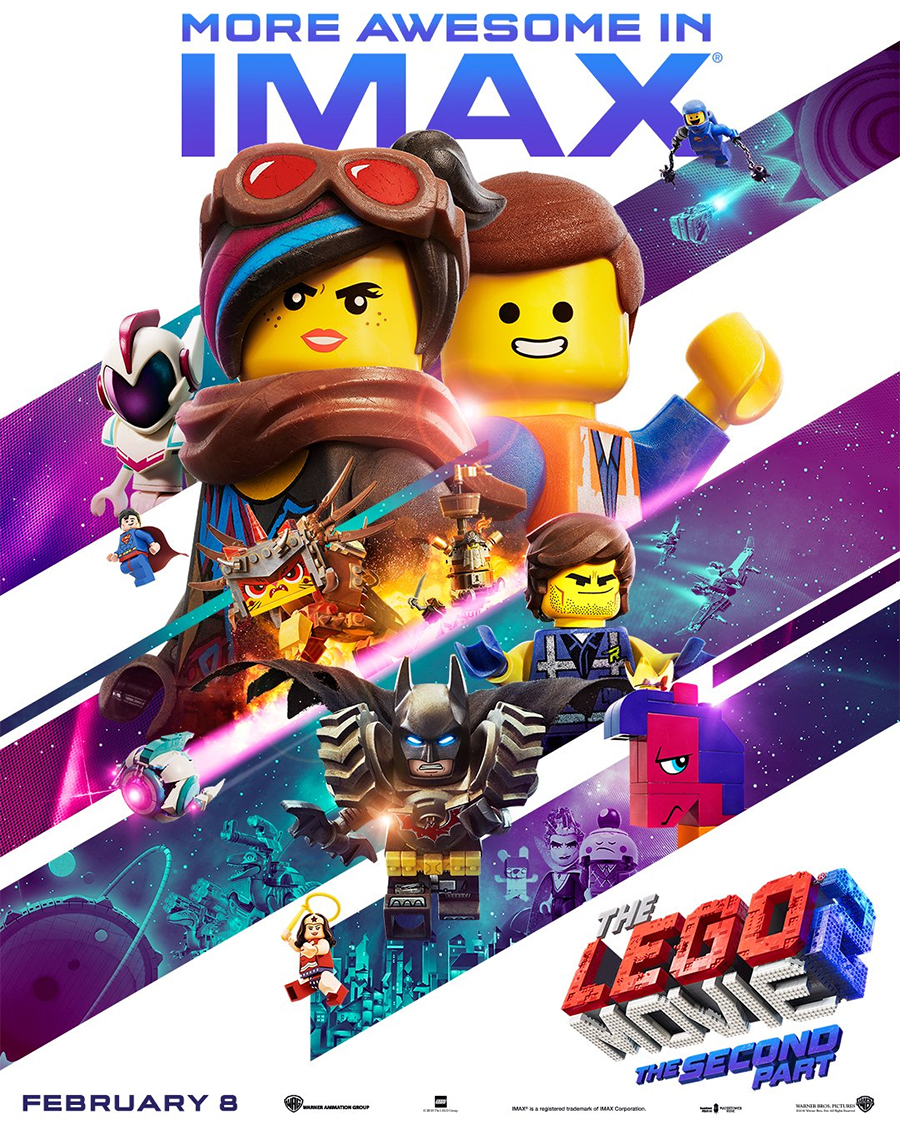