To celebrate the launch of Rebuild the World, a global campaign to help nurture the creative skills of the next generation, The LEGO Group has taken over iconic landmarks across the UK and rebuilt them with LEGO bricks, as imagined by the nation’s kids. Landmarks including Shaftesbury Memorial Fountain in Piccadilly Circus, a red London phone box, the Birmingham Bull statue and the Lighthouse in Cardiff’s Roath Park are among those that received a colourful LEGO brick make-over.

The campaign comes at a time when inspiring creativity is more critical and urgent than ever. The World Economic Forum Future of Jobs Report places creativity in the top three skills the job market will require from 2020, a claim 70% of UK business leaders agree with, according to brand new research from The LEGO Group. The British public can also engage with the campaign at Rebuilder Workshops in late October, as well as around the world in the US and China.

THE LEGO GROUP REBUILDS SEVEN OF UK’S MOST ICONIC LANDMARKS, AS REIMAGINED BY KIDS

Shaftesbury Memorial Fountain – London Piccadilly Circus, the Birmingham bronze Bull statue and the Lighthouse in Cardiff’s Roath Park are among the landmarks that received a colourful make-over to mark the launch of The LEGO Group’s global campaign Rebuild The World – a campaign that celebrates kids’ creative resilience and the power to make the world a little brighter.

EMBARGO 07.30 GMT London, 18 September 2019: Yesterday, The LEGO Group launched Rebuild The World, a global campaign to help nurture the creative skills of the next generation. Today, iconic landmarks around the UK appeared rebuilt for real, receiving colourful LEGO brick make-overs as imagined by kids across the country.

LEGO brick sharks were seen jumping out of the Shaftesbury Memorial Fountain in London’s Piccadilly Circus, the famous bronze Bull sculpture outside Birmingham’s Bullring & Grand Central shopping centre was given a rainbow mane and a smiling mouth and a giant octopus leg was seen emerging from the moat around Cardiff’s iconic lighthouse.

Elsewhere in Central London, a Red Telephone Box was transformed into a cheeky character with ears and a toothy grin, and with a Tower Bridge backdrop The Girl With Dolphin Fountain was adorned with colourful LEGO brick builds, including a fish jumping out of the water, a bright rainbow and suspended globe.

Whilst further north in Manchester a white rabbit on a patch of grass sat atop a city-centre tram stop in St Peter’s Square and in Nottingham, the well-loved Robin Hood Statue had a colourful friend perched on top of his shoulder along and his weapon was made to look less threatening with a shooting star.

Marius Lang, Head of Marketing UK and Ireland at The LEGO Group says, “We believe that children are born with natural creative ability. They see the world from a unique perspective and have the power to reinvent the world, identifying new solutions and ideas that will shape the future. To bring these children’s dream rebuilds to life on some of our nation’s most famous landmarks is hugely exciting and celebrates what Rebuild the World is all about – creative resilience and inspiration from the next generation of builders, seeing the world through children’s eyes using the LEGO system in play.”
The campaign comes at a time when inspiring creativity is more critical and urgent than ever. The World Economic Forum Future of Jobs Report places creativity in the top three skills the job market will require from 2020, a claim 70% of UK business leaders agree with, according to brand new research from The LEGO Group.

The LEGO Group believes that every child is born with incredible creative problem solving capabilities, but we need to act now to nurture that creativity so that it can become a lifelong skill, as the future depends on it. Imaginative play helps children learn how to innovate, problem solve and think critically throughout their lives.

Rebuild The World has been brought to life in the brand’s first ever live action ad, which follows the story of a brave white rabbit in a world where imagination meets reality. The action-packed film features hidden nods to The LEGO Group’s heritage with scores of ‘easter eggs’ for fans to spot.

The LEGO system in play has long been the ultimate platform for creative expression and creative problem solving. Children don’t just imagine what to build, they can build and rebuild. Experiment. Fail. Break the rules. Fail and Try again… This is the cycle of human creativity and the essence of the LEGO system in play.

Now, it’s going even further. Through Rebuild The World, The LEGO Group want to inspire children to unleash their creativity and kids around the world can also take part by sharing their creations on the LEGO Life app or by visiting www.lego.com/rebuild-the-world-challenge

Families will also have a chance to take part in live Rebuilder workshops across the country where they can take part in build challenges and unleash their creativity during October half term. 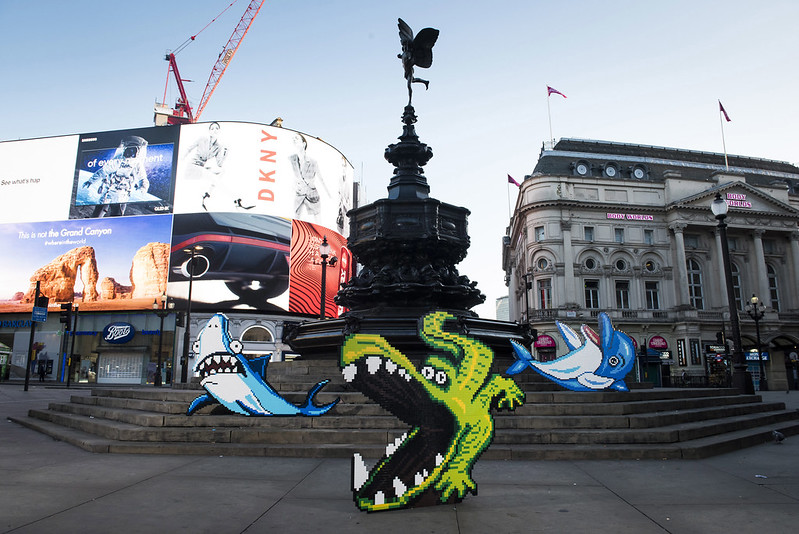 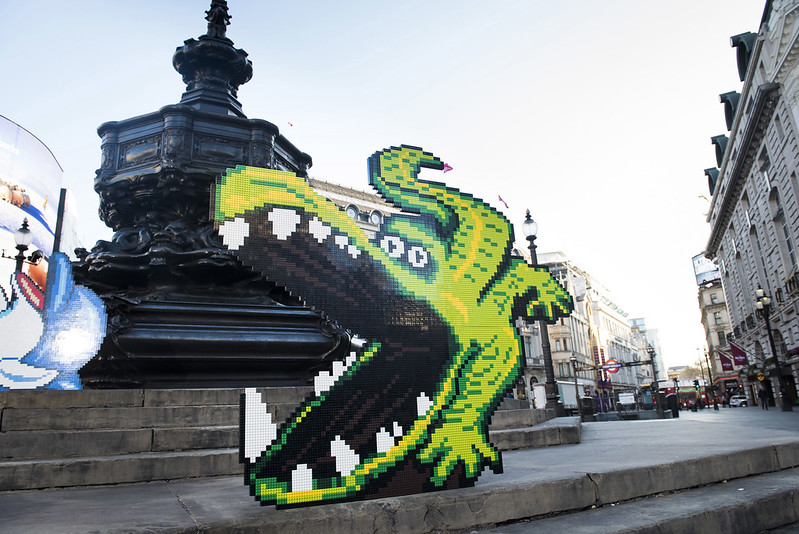 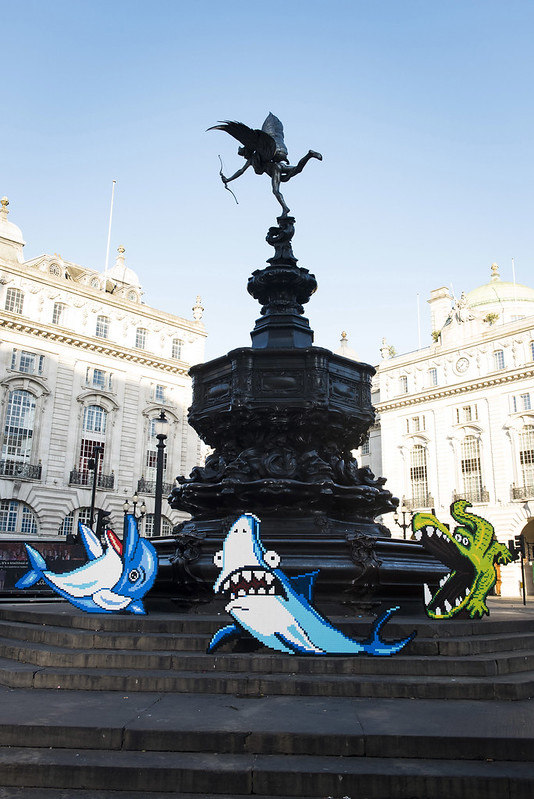 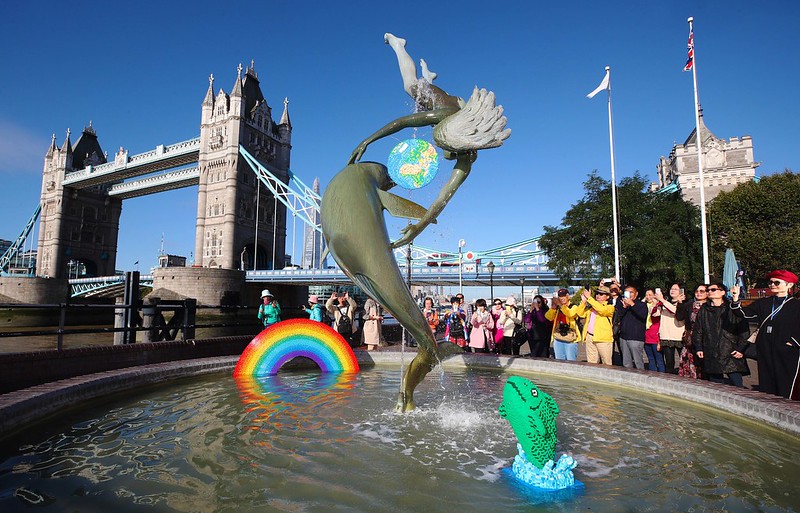 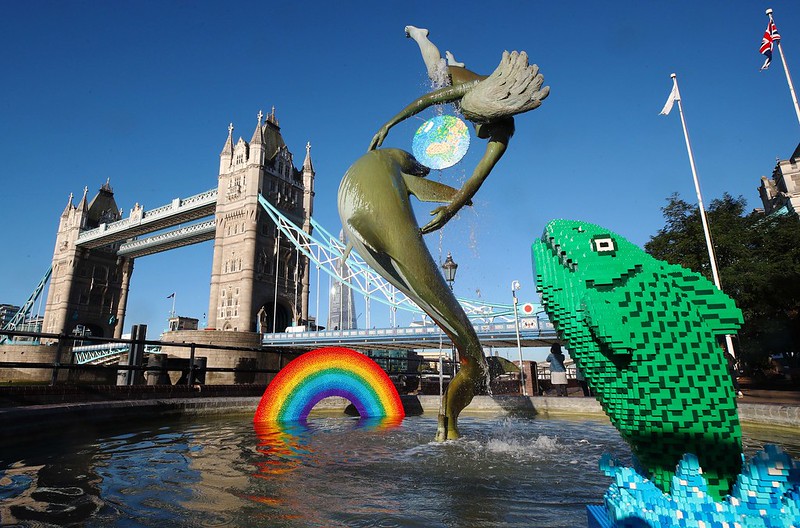 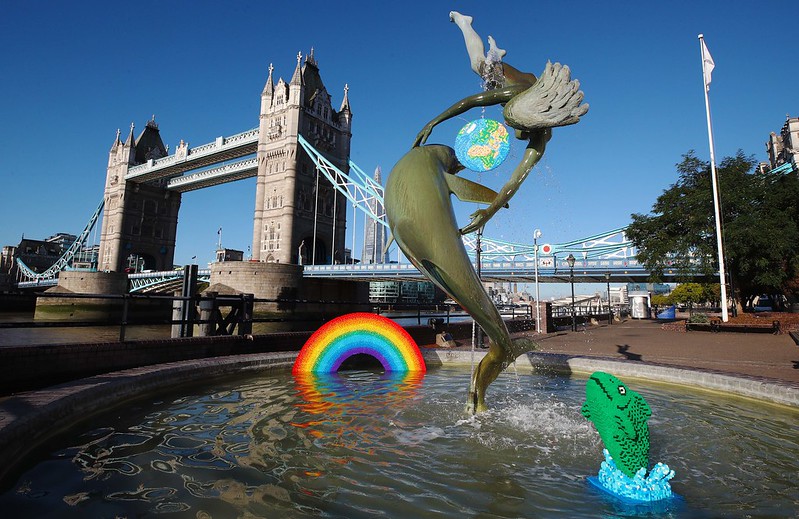 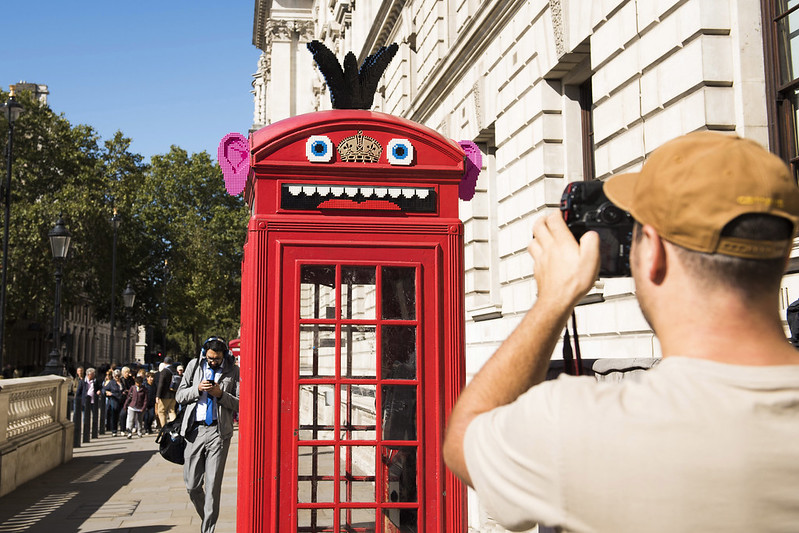 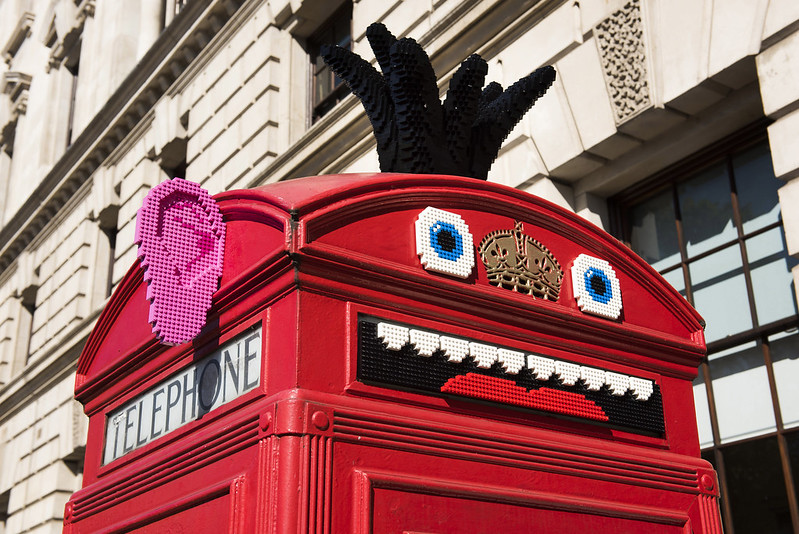 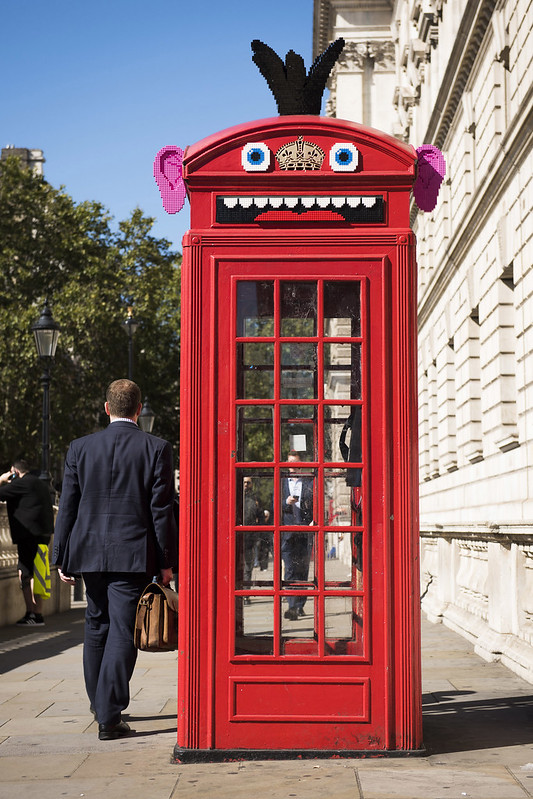 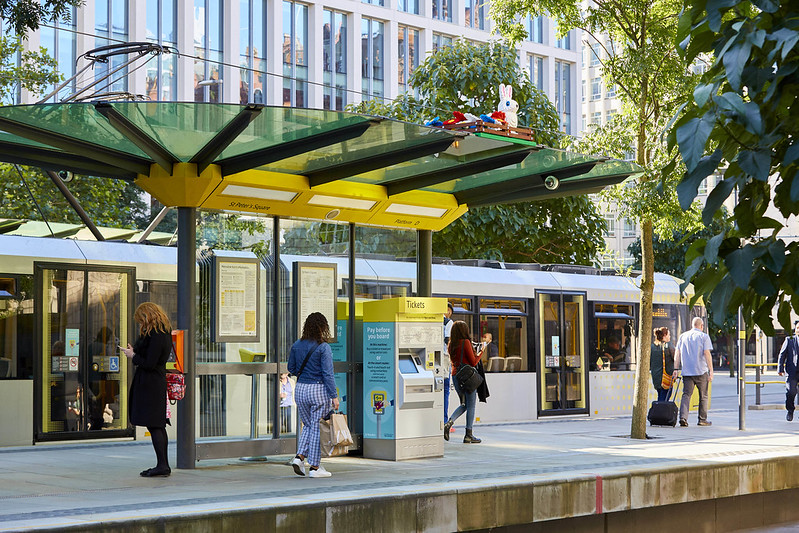 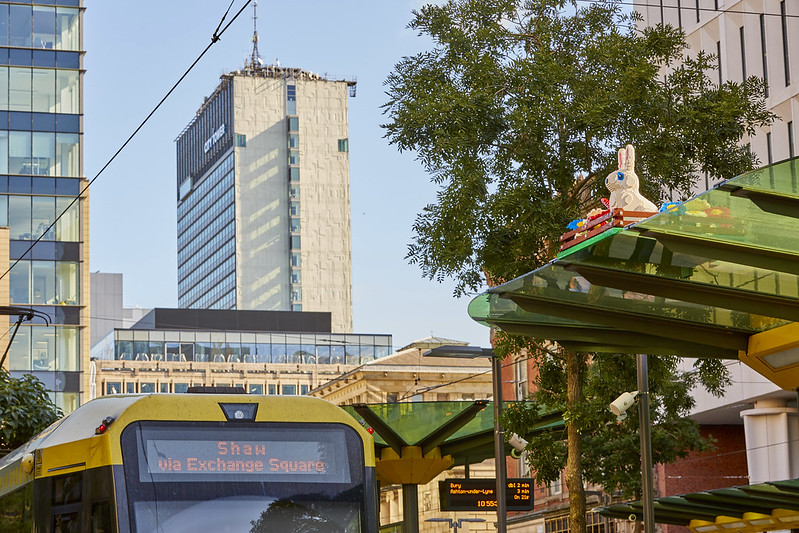 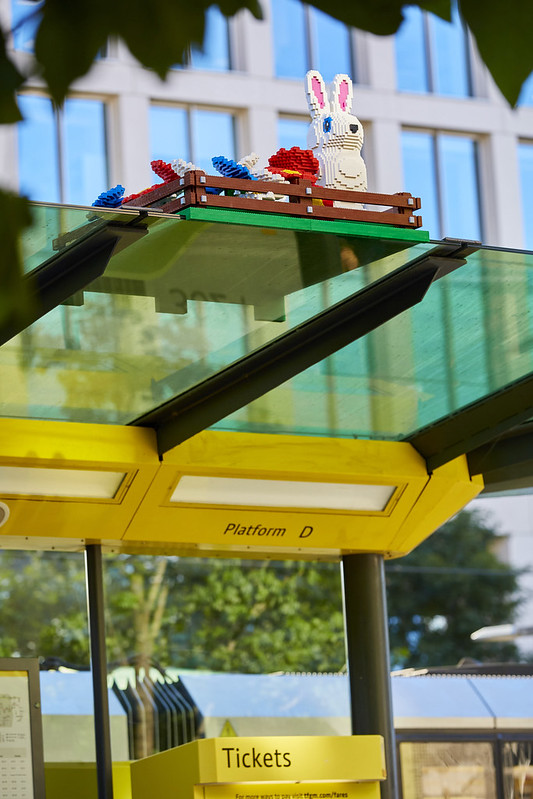 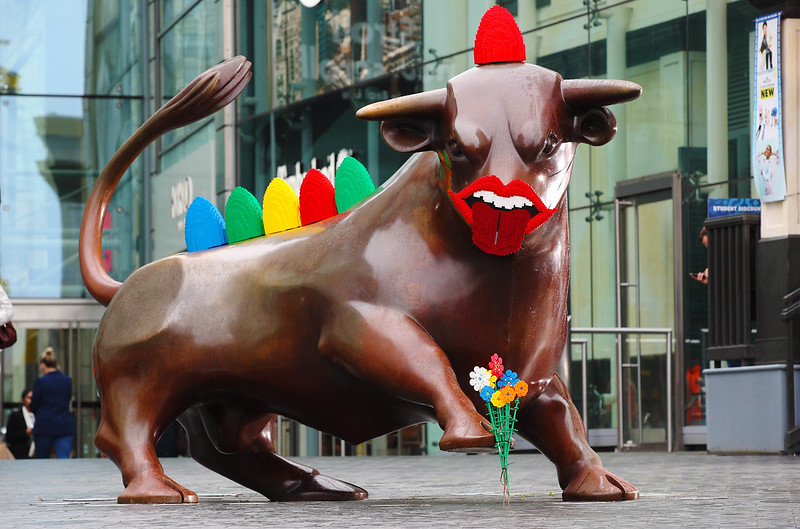 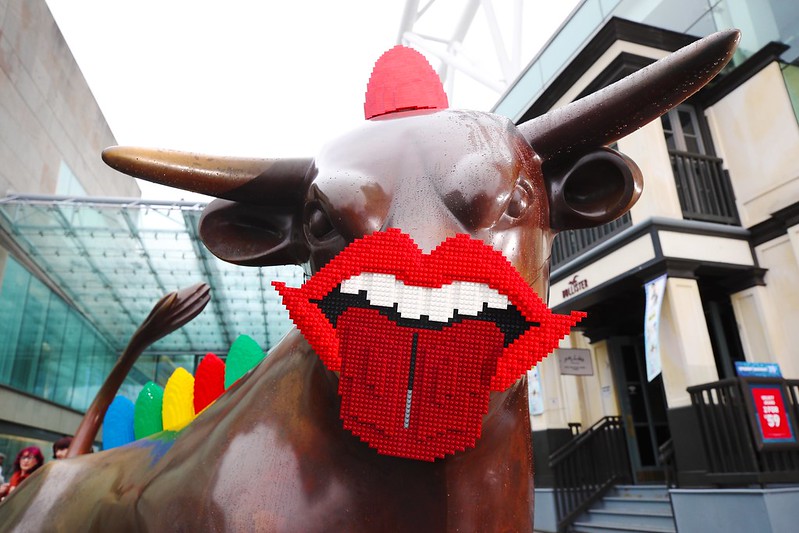 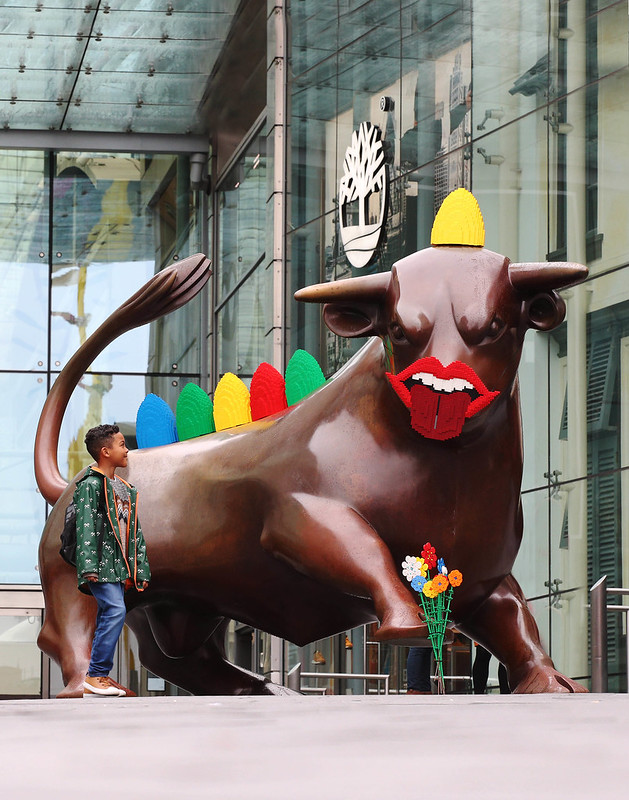 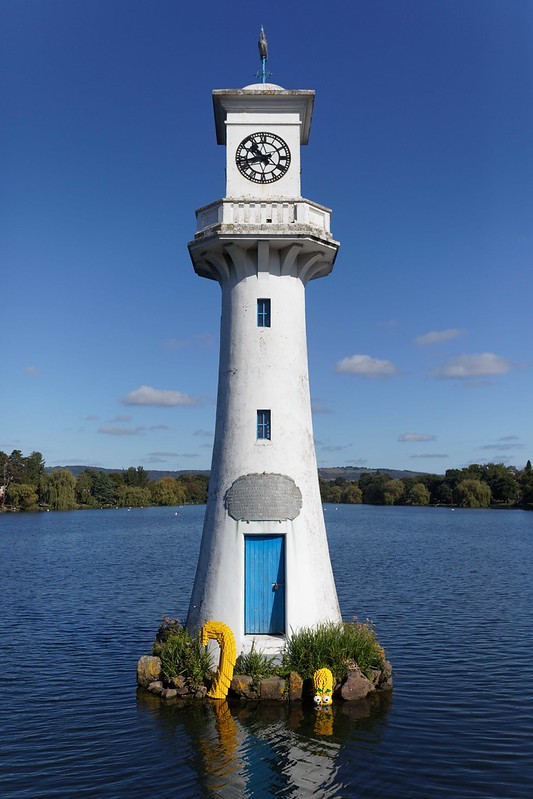 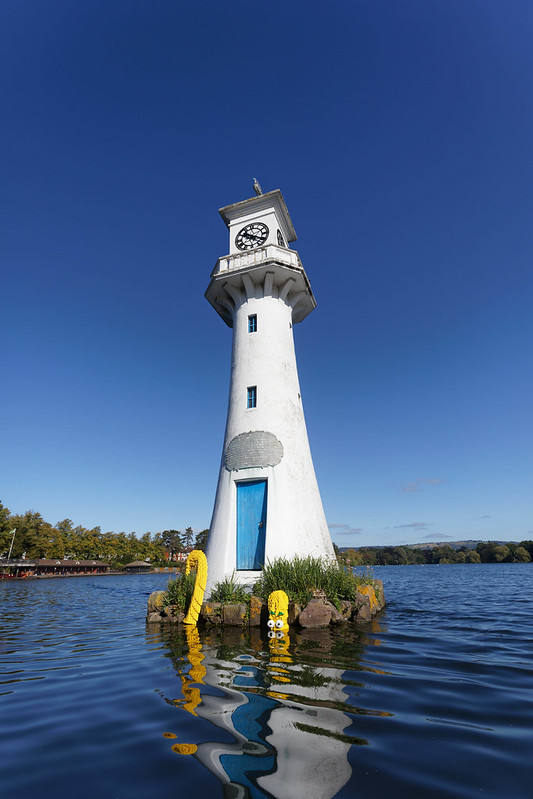 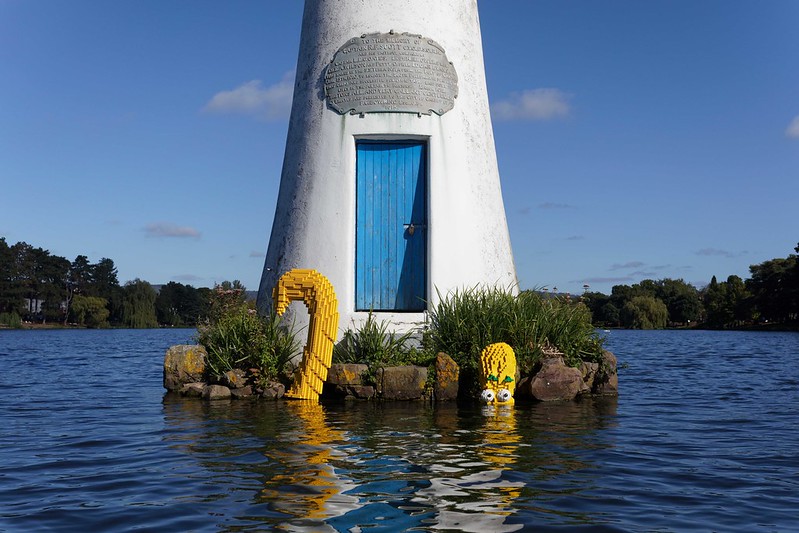 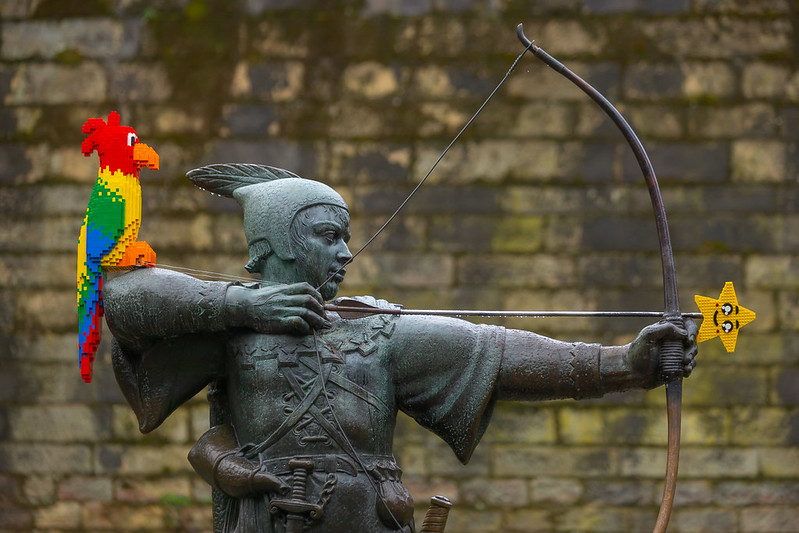 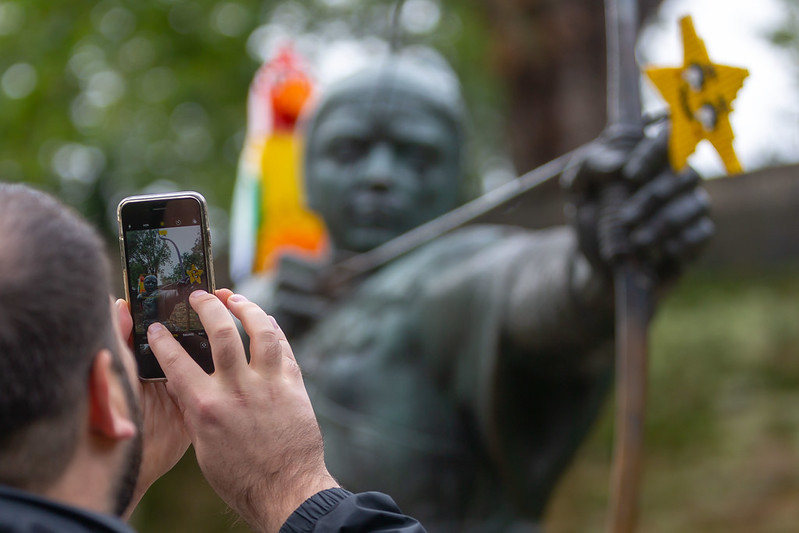 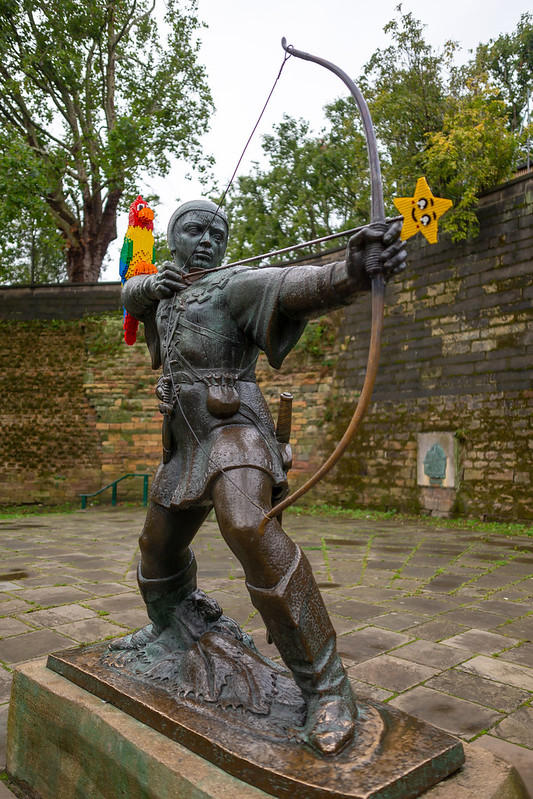 LONDON
1. Shaftesbury Memorial Fountain, Piccadilly Circus: LEGO brick animals leaping from the statue!
2. St Katherine’s Dock (near Tower Bridge) – Girl With Dolphin Fountain: The build includes a fish jumping from the fountain, a bright rainbow and a globe suspended by the figures.
3. Phone Box – Great George Street: a face and ears added to the outside

MANCHESTER
4. Tramstop – St Peter’s Square: Adding eyes and a rabbit onto the roof

CARDIFF
6. Roath Park Lighthouse: A curious yellow octopus (with tentacle) peeking his head out from the water

NOTTINGHAM
7. Robin Hood Statue: added a shooting star to his bow and a parrot to this shoulder