LEGOLAND® Windsor’s Summer of Fun continues with a flash sale on ticket prices. Being today and ending on August 20th, you can save around £20 per person on admission to the park. You can book tickets for the rest of the summer season and right through until the start of November. As well as enjoying the LEGO® Summer of Fun event, you’ll also be able to enjoy the parks 50 plus rides, new attractions such as Miniland USA and the LEGO Reef. Plus the park now offers a special chill out areas for those who can get a little overwhelmed but still want to enjoy some LEGO fun. Awesome awaits for less at LEGOLAND Windsor Resort. 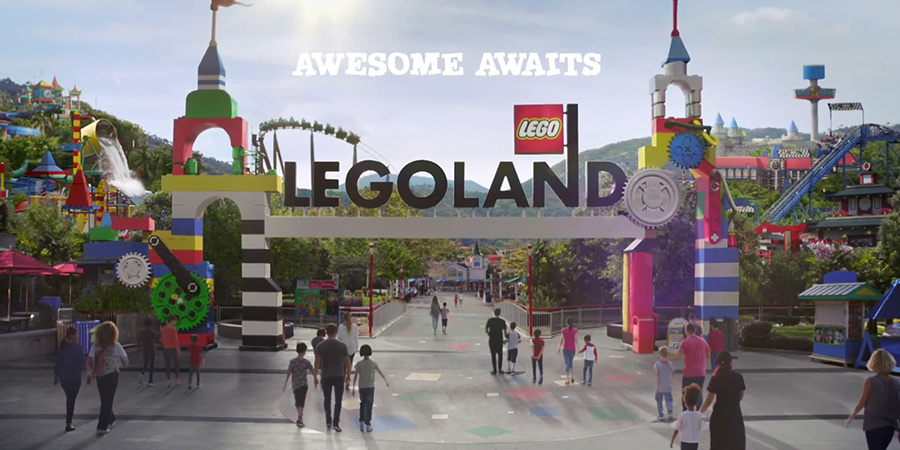 Save £20pp on Summer day trips at the LEGOLAND® Windsor Resort

With only a few weeks left of the school Summer holidays, the LEGOLAND Windsor Resort is giving families the chance to make the most of the sunshine with a flash sale offering at least £20pp off all Summer day tickets.

The online sale will run from 12pm (BST) 10th – 20th August  with guests able to purchase tickets from as little as £25pp for visits until the 1st November.

All tickets purchased during the sale are also valid for the Resort’s Summer of Fun event, guests can join an awesome Beach Party built just for kids, hosted at the all-new 10m long sandy beach, with a host of beach activities for all the family to enjoy, including underwater themed LEGO building activities, buckets and spades, and POP music to dance along to with familiar faces LEGO Shark Guy and LEGO Sea Captain.

The event will also include a Make a Splash challenge, where guests can take on some of the Resort’s 10 water rides to be in with a  chance of winning some awesome prizes including day tickets, LEGO sets, and Annual Passes.

Plus, guests can enjoy amazing new attractions, including iconic new landmarks in the world-famous Miniland, from the majestic 47,000 LEGO® brick Taj Mahal (Agra) to St. Basil’s Cathedral (Moscow), plus a section dedicated entirely to the USA including theStatue of Liberty made from 44,000 LEGO bricks.

An awesome digital LEGO Reef also joins the line-up, where little ones can build colourful fish out of virtual LEGO bricks using touch screen technology, plus an all-new exclusive LEGO NINJAGO 4D movie – there’s no better time to visit the Resort for less.

Visit www.legoland.co.uk/flashsale between 10th – 20th August  to grab Day Tickets for visits until the 1st November.*