When the LEGO® Star Wars Ultimate Collectors Series Millennium Falcon dropped out of hyperspace last year, it brought with it a special Black Edition VIP card. This exclusive version of the LEGO VIP card, not only featured a special LEGO Star Wars design, also promised it’s holder to a wealth of exclusive goodies. Unfortunately these fell a little short of people’s expectations. Apart from a couple of giveaways, contests and VIP point events, the promise of special deals for the card holders left many disappointed. It was assumed that the LEGO Group had quietly abandoned the promotion or have they? Rebelscum have pointed out that LEGO have responded to a comment on a totally unrelated Facebook post, in which someone expressed their disappointment of how the Black VIP Card campaign had been handled. The replied teased a new offer would be dropping into inboxes soon. This has also been confirmed on the LEGO Ambassador Network. What the offer or deal will be is currently unknown but it should be revealed very soon. 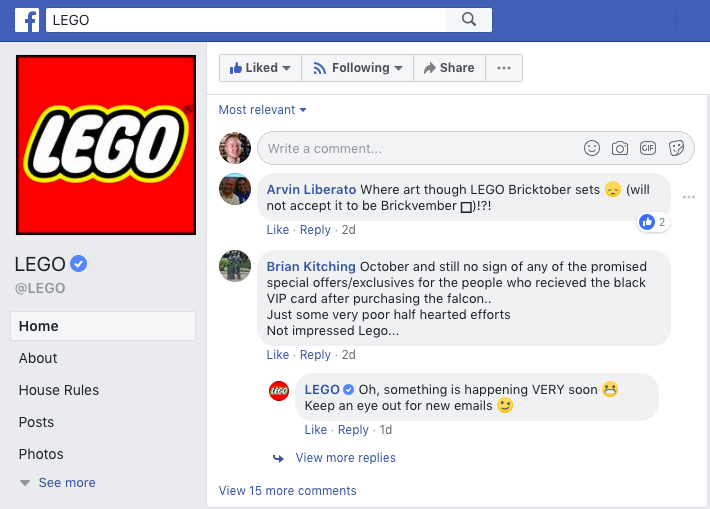 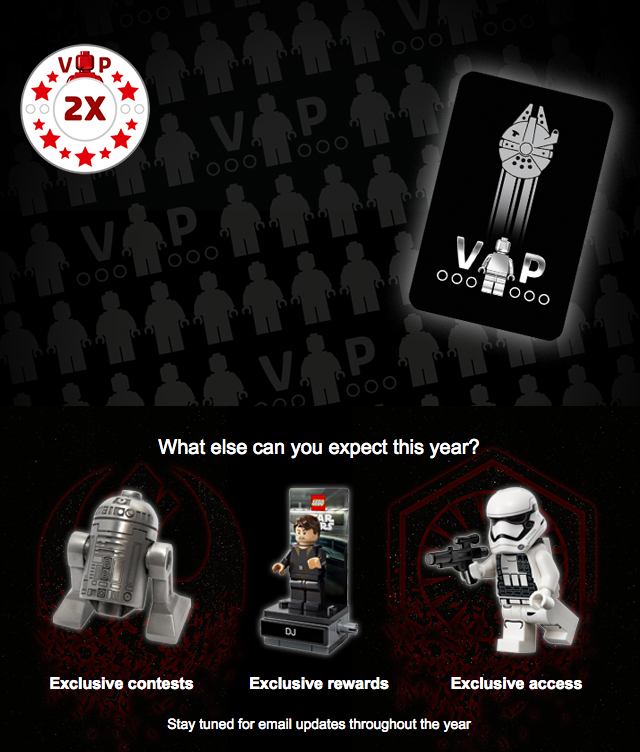