A new LEGO set based on The LEGO NINJAGO Movie has made as surprise appearance on the Toys R Us website and it has now become available to order for delivery. Although the set has officially been revealed, it was assumed it would be released in early December, which is even mentioned in the product description below. The set features Lord Garmadon’s first (and best) version of Shark Mech, which is literally a walking shark. It also includes a cool little Hot Dog stand along with 6 minifigures including the third appearance of the Hot Dog Suit. The set is currently only available for order online for home delivery, although it does suggest the set is ‘Sold in Stores’. Please note that although the product page lists that the set is in included in the Free LEGO Minifigures 4-pack promotion, it doesn’t trigger and the Free Christmas set is out of stock online. Despite that you can order 70656: garmadon, Garmadon, GARMADON! now from Toys R Us. (Unless Toys R Us realise they are selling it a little bit too early) 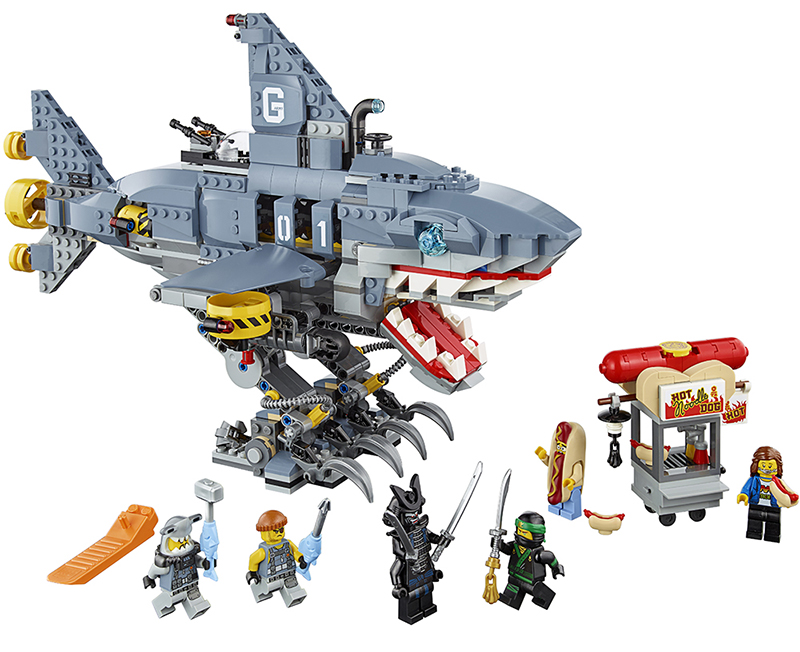 Have lots of construction and brick building fun with the LEGO Ninjago Movie garmadon, Garmadon, GARMADON! Team up with Lloyd to rescue NINJAGO City citizens from Garmadon’s mighty Shark Mech! Protect Nomis and Nancy from the Mech’s snapping jaws. Stay clear of its huge feet and dodge the shooting cannons. Fend off Hammer Head’s attacks with Lloyd’s sword and get the citizens – and their delicious hot dogs – to safety!

When Ninjago City is attacked by the evil warlord Garmadon, only Lloyd, Jay, Kai, Cole, Zane, and Nya can defend the city. But wait. Garmadon is Lloyd’s long lost father – talk about an awkward family reunion. The teen ninja face a formidable enemy, but fate has called upon them to defend their home town! … Oh sorry, that wasn’t fate, that was just Lord Garmadon butt-dialing Lloyd. This will be epic! 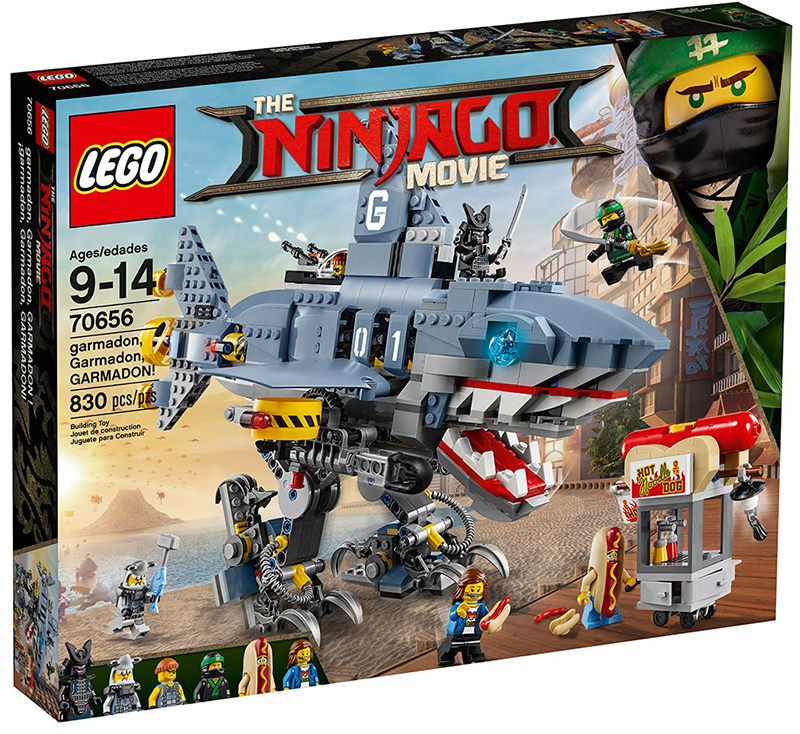