Although news from the Nuremberg Toy Fair has been a little light compared to previous years, one of the big snippets of information to come out of it is the push towards app connective play. 2018 will see a new and improved Power Functions system, dubbed Power Functions 2.0. Some of the first sets to include this new powered system will be a couple of LEGO® City trains. Although full details of the system have yet to be revealed, it is widely believed it will introduce a digital control system, which will be also be supported by a new mobile app. Although Power Functions 2.0 won’t be compatible with past elements, it is also believed there will be options available to convert older Power Functions sets to the new system.

More surprising is the introduction of powered system to the Duplo range, although a little more basic in terms of elements, the Duplo Create & Connect system includes a Push & Go motor, that allows sets to move independently or they can be controlled via an optional app. Create & Connect also has a selection of NFC-type Action Bricks, these interact with the other parts of the system to tigger special actions. The Create & Connect system will be introduced in the LEGO Duplo Freight train set, those Action Bricks will allow the train change direction, stop, light-up and make sounds. It’s rumoured that app controlled sets will expand beyond those listed above, with a possible app-controlled LEGO DC Comics Super Heroes set possibly coming later this year. 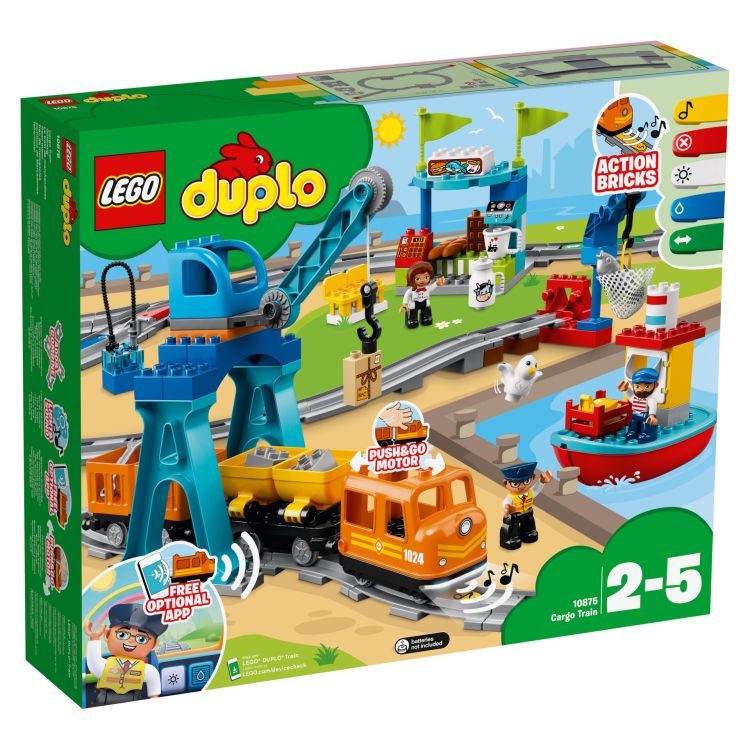