A new addition has been added to LEGOLAND® Windsor Resorts Miniland attraction. Scotland’s National Wallace Monument has been recreated with over 7,500 LEGO® bricks. The model took LEGOLAND Master Model Builder, over 92 hours to complete and can be found in the Scotland area of Miniland. This new build joins all the existing areas of Miniland along with the new areas featuring areas of the USA and beyond. 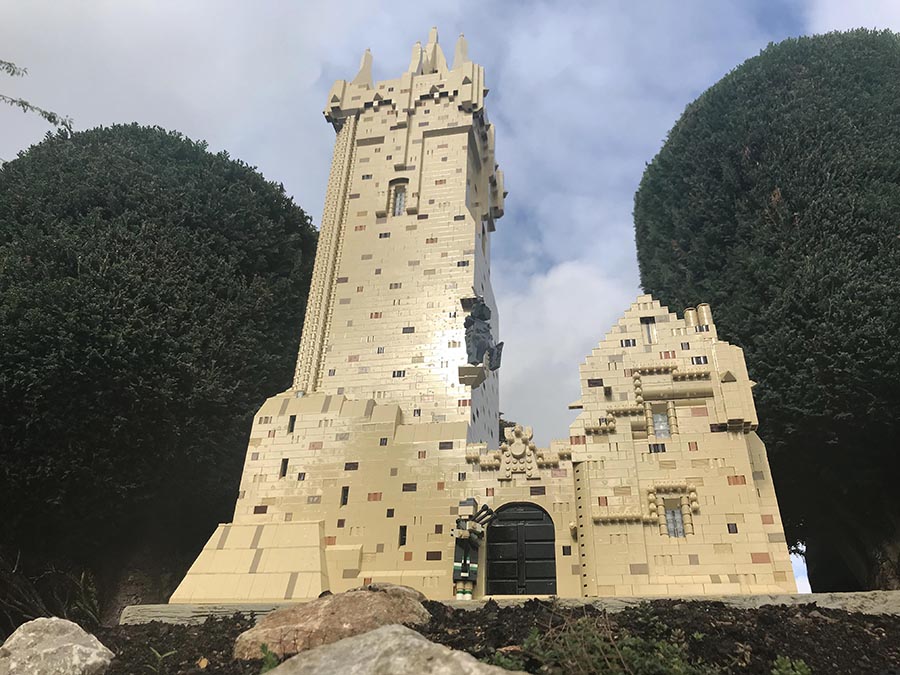 The LEGOLAND® Windsor Resort have introduced a new addition to the Scotland area in their world-famous Miniland attraction. The National Wallace Monument, a major Scottish tourist attraction, stands at 1.2m tall alongside other Scottish attractions, including Edinburgh Castle. 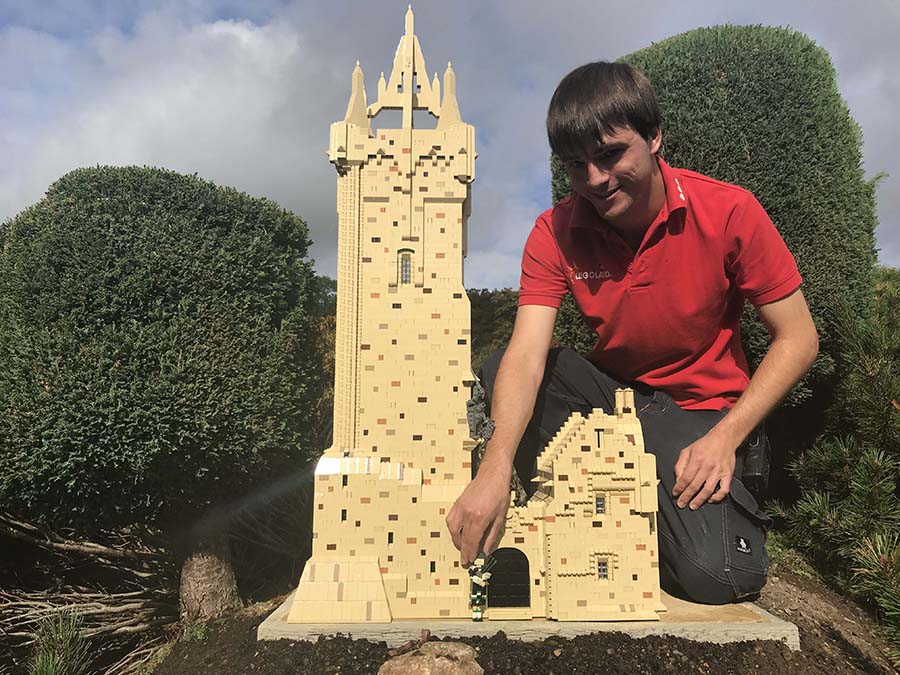 The iconic monument was recreated entirely out of LEGO bricks by Model Maker, Tim MacPhee, at the LEGOLAND Windsor Resort’s Model Making Studio. The model took 92 hours to design and build, and is made up of a staggering 7,548 bricks.

Guest’s should also look out for a tiny 81 LEGO brick Bagpiper, standing pride of place outside the monument at just 10cm tall.

Tim MacPhee, Model Maker at the LEGOLAND Windsor Resort, said: ‘We love to keep introducing new models to our world-famous Miniland attraction, and are delighted to be adding the National Wallace Monument into the Scotland area. It was a challenging solo project for me, which took around 92 hours to design and build.’ 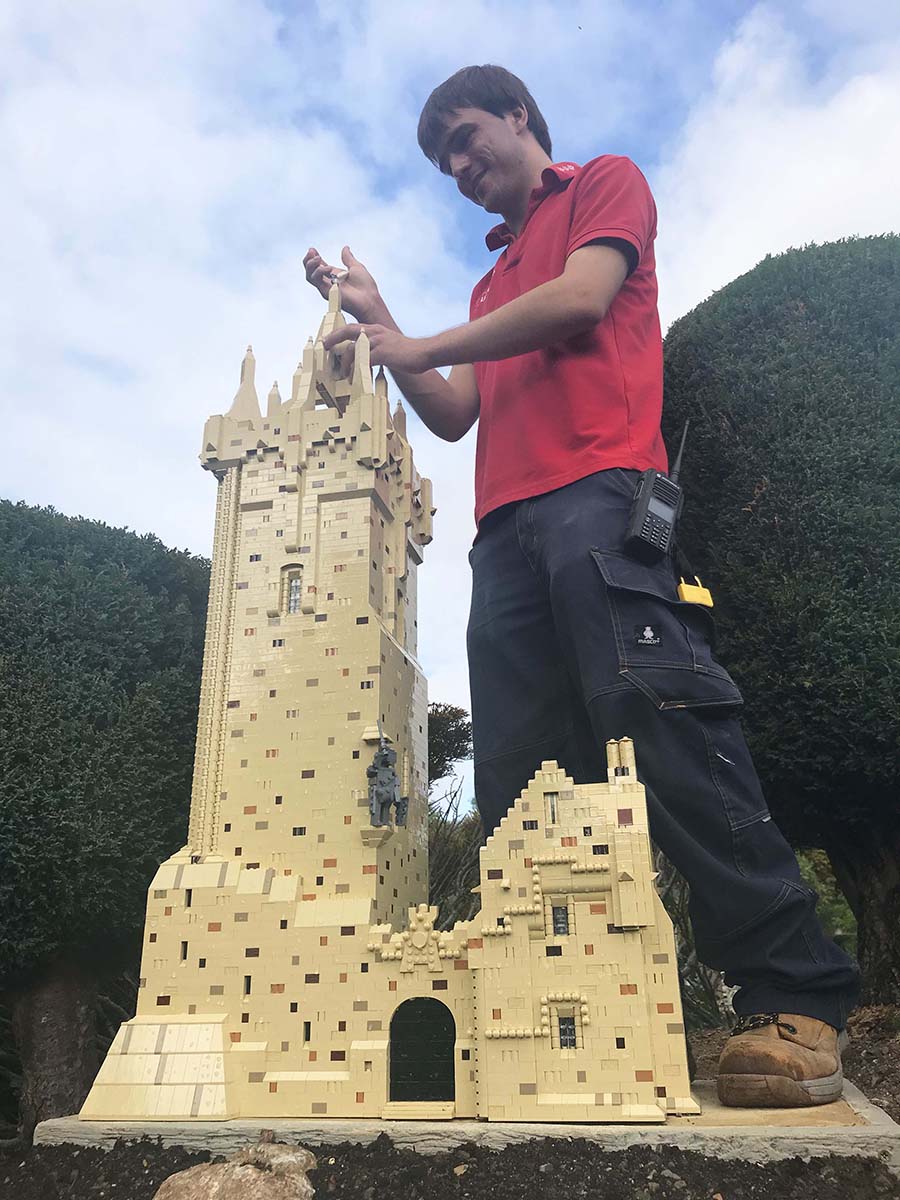 The Miniland attraction is at the heart of the LEGOLAND Windsor Resort, recreating iconic landmarks from around the world in miniature LEGO form. Guests can explore further afield, with new additions for 2018, from the USA, to China, Australia, Russia, and India, including a 4.4m tall Empire State Building. 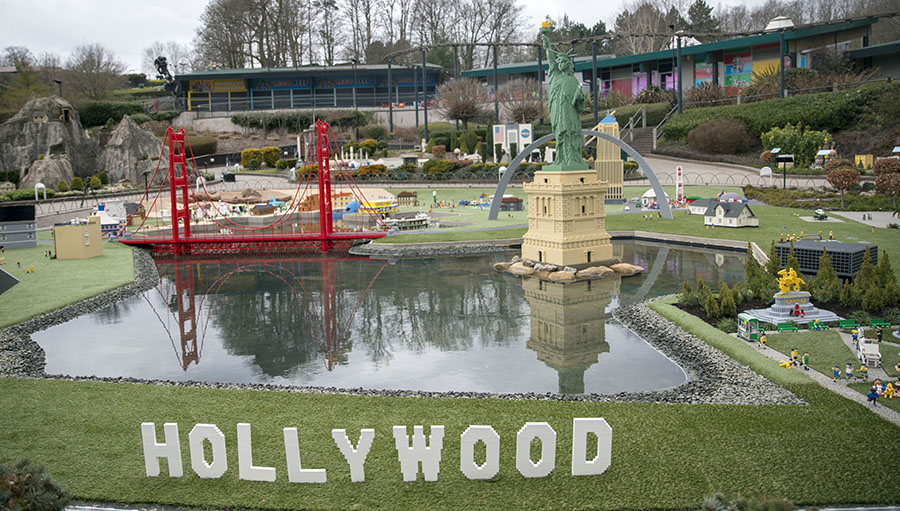 With over 55 rides, live shows, and attractions there’s plenty for all the family to enjoy all year round. New for 2018, guests can visit the digital LEGO Reef to build underwater sea creatures from virtual LEGO bricks, and experience an exclusive 4D LEGO NINJAGO Movie. With so much to see and do, guests can extend their trip to a short break and stay in one of the Resort’s two fully themed hotels which are currently running a Kids Go Free booking offer until 2nd September.

The National Wallace Monument is now a permanent feature on display at the LEGOLAND Windsor Resort for guests to come and see.