Back in February, it was announced that the UK would act as a test market for a new minimum amount order for the online LEGO® Pick A Brick service. Starting tomorrow, the pilot will expand to additional regions including Denmark, The Netherlands and France. Further regions will be added to the pilot in the coming months. Learn more about the pilot here.

Based on the learnings from the online Pick A Brick pilot in the UK market which launched in February, the pilot will move forward and additional countries will be added throughout the year. Countries will be rolled out at an appropriate pace to ensure appropriate testing and allow for feedback and learnings to be actioned upon. We have already seen efficiency improvements from this pilot in the UK Pick A Brick. We believe this success can be expected in other markets as well.

The pilot will expand to include Denmark, The Netherlands and France tomorrow May 20th with the minimum order values being 150DKK, €18.00 and €18.00 respectively. 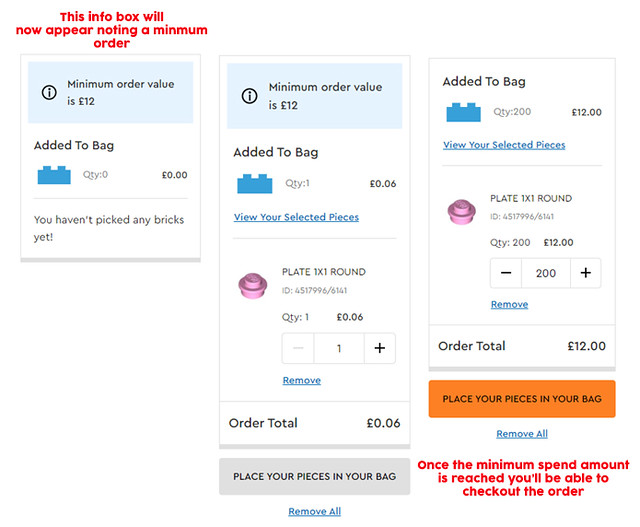