The life-sized LEGO® Technic Bugatti Chiron is now on display at the LEGO House in Billund. This amazing construction was built last year and although made from millions of LEGO Technic elements and Power Functions, it actually drives. It’s also a 1:1 recreation of the supercar and has to be seen up close to really appreciate the work that has put been into creating it. The LEGO Technic Bugatti Chiron will be on display in LEGO House, until June 10th. Learn more about visiting LEGO House here. 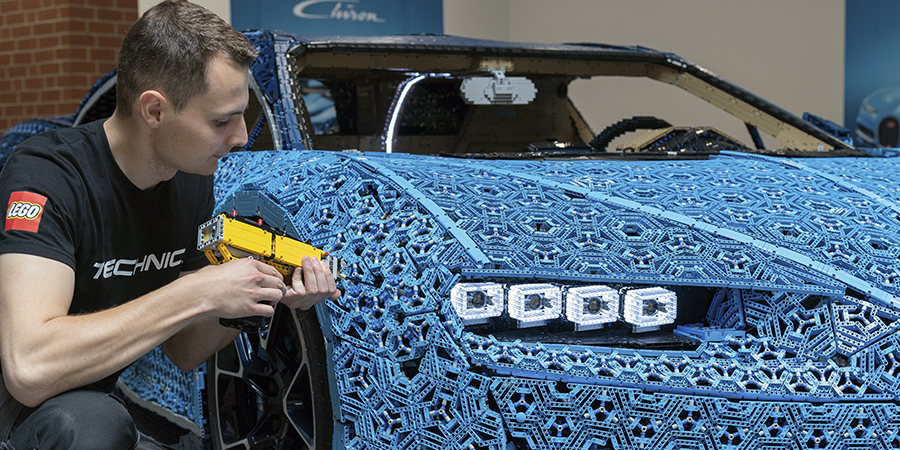 Maybe you have seen it online – now the iconic car is being exhibited in Denmark for the first time. And you can get really close. The car is built of more than one million LEGO Technic elements – which of course are not glued together. In the exhibition, the impressive LEGO engine is exhibited separately, and you will see how the designers have worked to build the car. It does not only look like the real thing – when the engine is installed it can run more than 20 km / h.