The LEGO® VIP team are looking for feedback regarding the new system and reward centre. It’s been clear since the changes came into a effect last year, that most of the AFOL community and LEGO shoppers in general are not the biggest fans of the how the VIP now works. As well as wanting feedback from you, LEGO fans, the team will also be sharing further updates regarding fixes, changes and new rewards. If you have any feedback regarding LEGO VIP please leave it in the comments below or if you prefer, you can email me via the contact form. Please keep your feedback comments civil and concise. Feedback is needed by March 20th. Please read below the details posted on the LEGO Ambassador Network regarding the changes and fixes made so far. 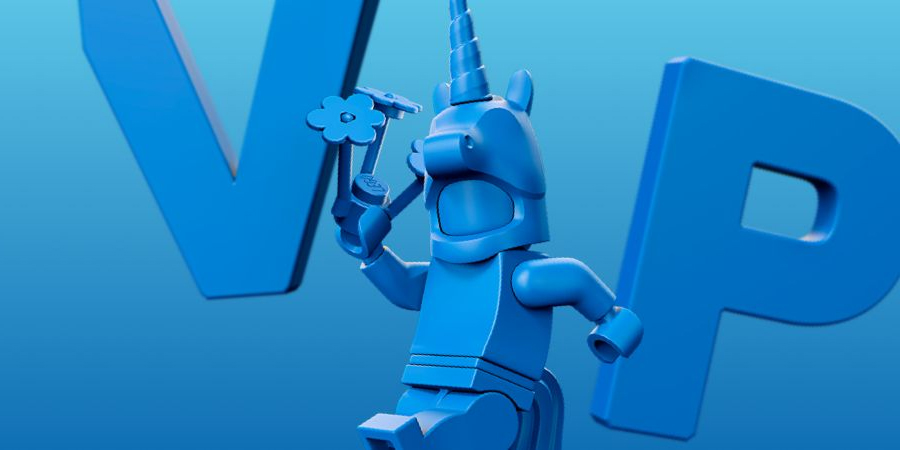 As part of engaging with our AFOL communities, the VIP team want to share release notes for recent updates that we make to the VIP Program from a technological, rewards and program basis. This process will enable us in the VIP team a opportunity to share some of the changes taking place with the VIP program overall. This information is more in-depth than a usual marketing communication and will be relating more specifically towards the operations of the program.

We will provide updates when the changes has taken place that week or are due to be launched onto our site within a few days, as a result we will provide information when it’s ready to be shared, often we will roll several updates into batches that get released on a 2 weekly basis, Some changes will be applied as additional hotfixes to the site between these batch releases as and when required. Some of these will be to fix stability or minor changes that have no significant impact to VIP members.

Rewards being added, removed or altered on the site, and activities where you can earn additional points can be added to the site at any point so will share these at regular intervals.

We will do our best to then provide you with answers to your questions where possible.

We hope that you find value in these updates that we share, your feedback will be invaluable to tailoring the not only these release notes in the future but also helping prioritising improvements to the program.

Below is a compiled list of Hotfixes we have made to the VIP Reward Center since we launched on our new platform. We will shortly start to create a glossary of terms used for additional context on some of the terms used in this.

Identified and fixed a bug where some migrated VIP accounts moved to the VIP Reward Center were displaying a incorrect points balance. This had no real impact for VIP members as the points were correctly stored in the back end but displayed incorrectly. This confusion did result in some contacts to Consumer Services however, issue was hot fixed out

Identified a separate group of VIP members impacted by the same bug fixed on the 16th of July. The impact was some VIP members point’s balance resulted showing a different value to what was accurate

Fixed VIP digital card error that resulted in consumers not being able to add their VIP digital card to their digital wallet on iOS devices root cause was the link was intending to direct VIP members to the digital card activation process was directing to an internal LEGO page.

Fixed issue where shipped orders were not giving VIP members their points, this impacted Australian and New Zealand consumers. The root cause was due to an error between the Warehouse data connection and the VIP Platform

Migrated an additional 35,000 accounts to the new Rewards Center that were previously dormant. These VIP members had not used their accounts for more than 3 years. These members were impacted with some access issues to the VIP Reward Centre. The Migration resolved the issues for these members.

We have launched the LEGO Originals® Limited and first edition art prints, launching with 3 exclusive prints for VIP members to purchase from the VIP Reward Centre

To celebrate the launch of the LEGO Harley Davidson Fat Boy, we have released desktop and mobile wallpapers for VIP members to purchase from the VIP Reward Centre

Fixed an issue on LEGO.com that was not correctly identifying the shoppers on the site as VIP members. Resulting in these VIP members not being able to access the early access promotion that started on the 12th of August. This was promptly identified and the issue was resolved for members.

VIP members signing up in-store will automatically receive an email to complete their verification and set up of their VIP account on LEGO.com. Feedback was received from these new members that finding the option to get a replacement email was hard. As a result that part of the LEGO.com/VIP was re-arranged to make it more visible.

When Logged into LEGO.com with your LEGO account, a changed was added to this LEGO Account pop up menu for VIP members to now have a hyperlink directly to the VIP Reward Centre.

Updated the domains locations for the VIP Reward Centre cookies to fix the issue that some VIP members were experiencing with their Ad-blockers, This issue resulted in VIP Reward Centre not displaying in parts as expected.

Created a new section for VIP members to be able to add a unique code provided by LEGO for attending certain LEGO events in the US and Canada.

Fixed a bug resulting in some US based store purchases were not receiving VIP points. This was identified to a data transfer issue between local store and our Databases.

The LEGO account pop up will now display your current VIP points balance.

VIP have released a Reward tied to the LEGO Hidden sides App and theme launch. For the purchase of 200 VIP points members can get access to the App for iOS and entered to a survey for the points to be fully refunded and bonus 25 VIP points applied to their account when survey was completed.