Inspired by the new LEGO® Tower game from NimbleBit, which available in Beta now, the LEGO House is hosting a Guinness World Record Attempt. Between June 21st – 23rd visitors to LEGO House in Billund, can help by building a floor, which will be added to a hopefully world record breaking physical LEGO Tower. Once each floor is connected together, it will be measured to see if it has earned a new world record. Learn more about LEGO House here and you can try LEGO Tower for yourself now by downloading the beta on Apple and Android. 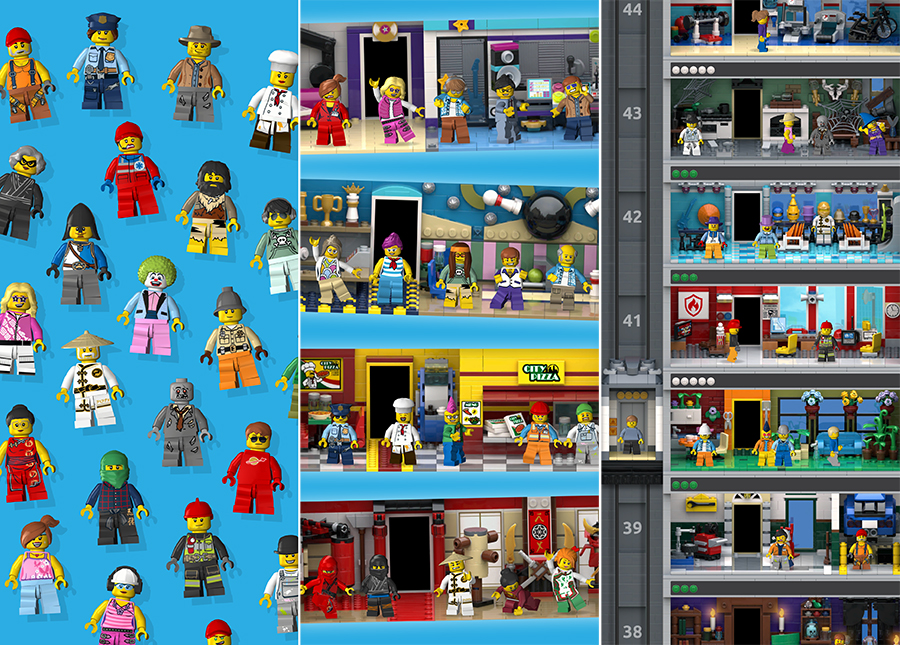 LEGO Games, part of The LEGO Group today announced that in partnership with LEGO® House and the Guinness World Records will attempt to build the Largest LEGO® brick Diorama, with the help of everyone that can come along to LEGO® House during the event!

“The floors are modular, and this feels like the right approach to try build something this big together, with hopefully everything able to slot together to form these huge structures. We were counting individual bricks used, but have moved now to measuring in kilograms. We’re now at 350kg of LEGO® bricks and we’re still ordering stuff…”

Several thousand floor frames has been pre-assembled in pre-planning for the event, and boxes-upon-boxes of LEGO® bricks will be available in the LEGO® House Square walk-in event. The official measurement will take place late-afternoon on 23 June.

Visitors to LEGO® House should expect a lot of brick-sorting noise, and a lot of inspirational designs being built by other visitors. There will be a dedicated area to take your own photos of your floors as they are contributed to the construction, and sticker sheets to take home.

Pre-registering for the LEGO® Tower mobile-game at the event will also let visitors unlock a specially commemorative element in the game to showcase that they were at the event.

LEGO® Tower developed by NimbleBit LLC can now be pre-ordered with the code below. The official launch of the title is planned for July 1