To celebrate this year’s upcoming celebration of all things Roald Dahl, it’s been announced that Bright Bricks have been tasked with creating a number of marvellous LEGO® big build for a unique nationwide event. Some of Roald’s best loved characters including Charlie Bucket, Matilda and Sophie, have been transformed into LEGO statues. These will be placed at various locations around the UK and Northern Ireland from September 13th, which just happens to be Roald Dahl Day. Full details can be found below and on the official Roald Dahl website. 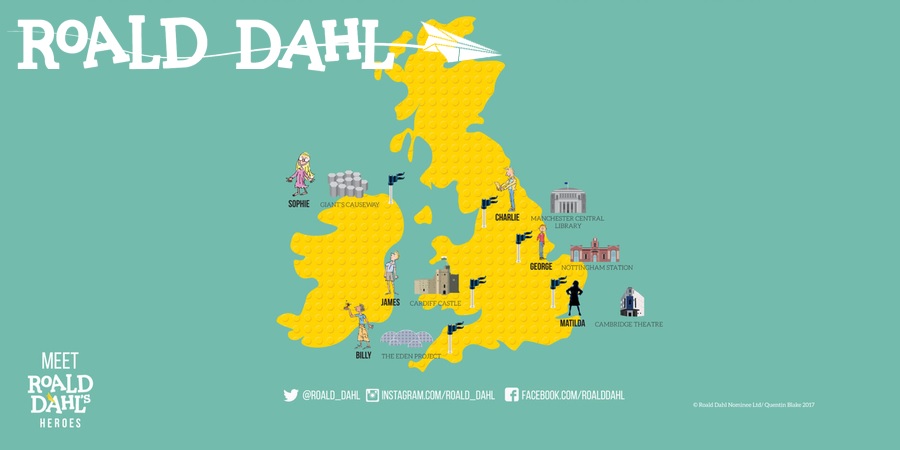 Characters are springing from the pages of Roald Dahl stories and appearing at stunning locations around the UK!

Here at Roald Dahl HQ we are delighted to have teamed up with LEGO® in a unique celebration of Roald Dahl Day!

If you are out and about in the UK you might be lucky enough to meet one of Roald Dahl’s child heroes transformed into LEGO® statues!

Matilda, Charlie, James, George, Sophie and Billy will be appearing from 13th September and will be in their locations for two months.

See if you can spot one this autumn!

Intrepid Billy, hero of Billy and the Minpins, will be at the Eden Project in Cornwall*

Charlie, the good-hearted hero of Charlie and the Chocolate Factory will be at Manchester Central Library

James, the adventurous hero of James and the Giant Peach will be at Cardiff Castle*

Anarchic Matilda will be in the foyer of the Cambridge Theatre in London, home of Matilda the Musical

Brave Sophie, hero of The BFG, will be at the National Trust’s Giant’s Causeway in Northern Ireland*