Earlier this year ROOM Copenhagen revealed a selection of official oversized LEGO® Magnets. They are styled after the classic 1×1 round stud and 1×1 square plate plate elements, used in many LEGO sets. They come in packs of two, and a range of different colour sets. Since their reveal, the pack have switched from mixed colours to packs of the same colour. The Magnet Elements measure just under 4 inches each and feature a magnetic back, so they can be placed on a metallic surface. They join the oversized LEGO Wall Hangers released earlier these year. The LEGO Magnets are now available to pre-order from Amazon, who have them listed as being released on December 27th. Each pack costs £7.99 and includes one 1×1 round stud and one 1×1 plate. 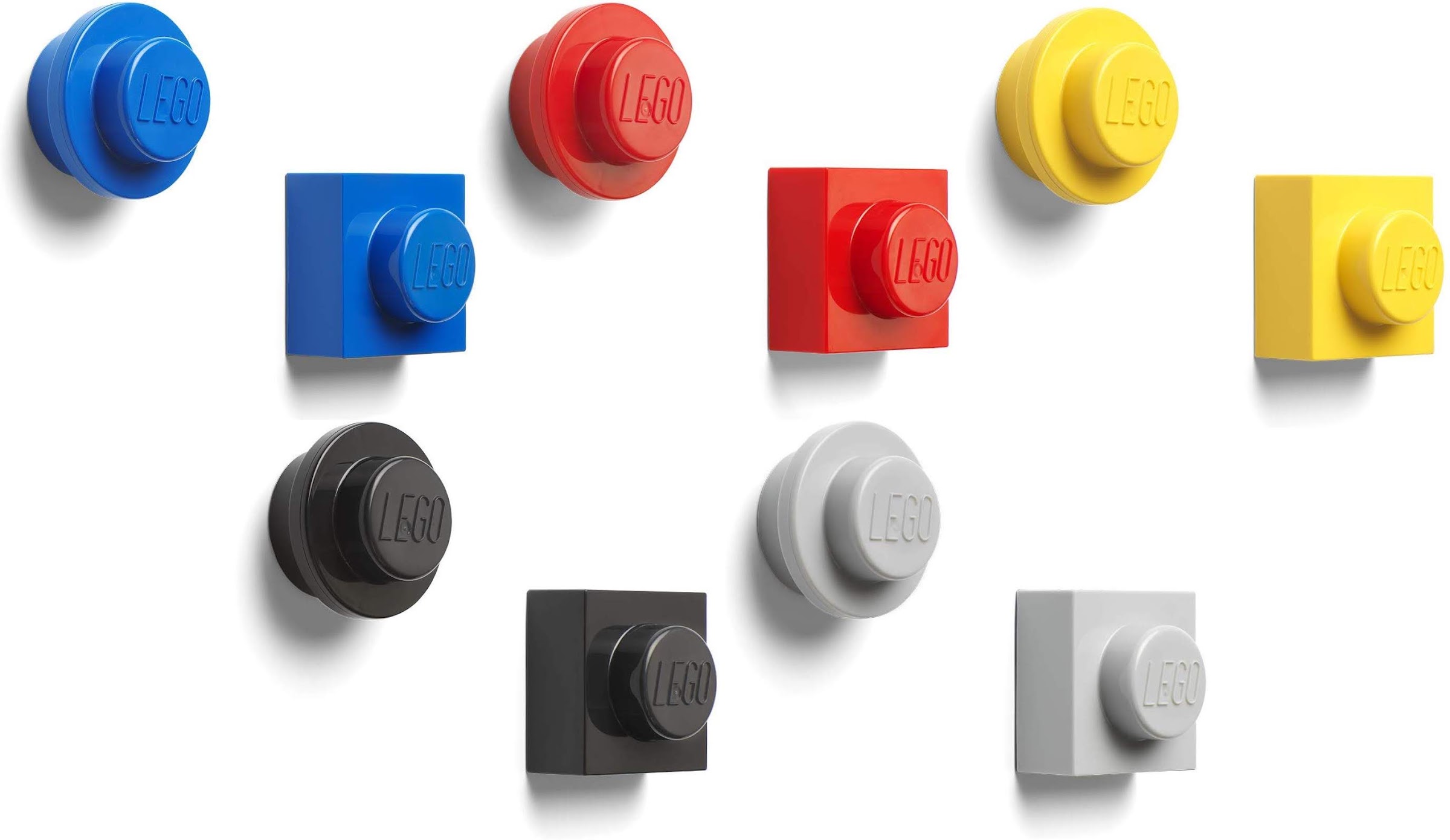