Yesterday a Manchester United themed promotion gift was revealed to coincide with the launch of the LEGO Creator Expert Old Trafford set. It was assumed to be an Asia exclusive promotion, as they often do interesting GWPs not available elsewhere. However a listing on the US LEGO® online store has confirmed the GWP promotional item will be available in other parts of the world. With Manchester United being a UK team it’s extremely likely that will include the UK and Europe. The GWP set is a Minifigure scale of The United Trinity statue, which stands outside Old Trafford. It features Minifigures of George Best, Dennis Law and Sir Bobby Charlton, three players who have played key roles in United’s success over the year. They are all mounted upon a black plinth featuring their names. The promotion will run from January 16th to the 31st or while stocks last. You will need to be a VIP member to qualify for the freebie as well as buy the LEGO Creator Expert Old Trafford – Manchester United set. 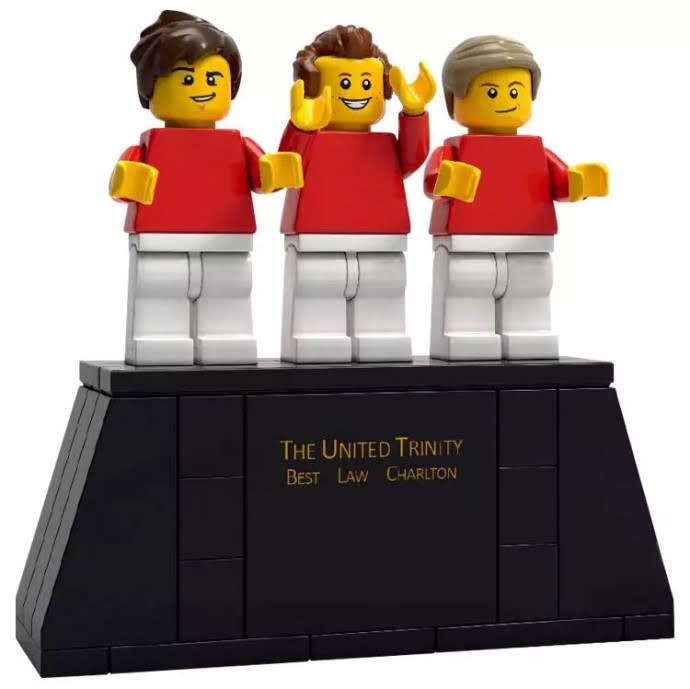