Late last year it was revealed that the LEGO Group had signed a deal with UK football club Manchester United. All that was known was that the club had entered into a ‘licensing agreement’. Well we now know this has resulted in a massive LEGO® recreation of United’s world famous Old Trafford stadium. The LEGO Creator Expert set features almost 4000 pieces and recreates each section of the stadium, including the Sir Alex Ferguson and Sir Bobby Charlton stands. I know the set will divide LEGO fans who may support other teams, and despite Manchester United not lighting the Premier League on fire has they have previously, the club is one of the most recognised and supported in the world. The set will be available for LEGO VIP members from January 16th, with the general release from February 1st. Check out the set below and expect a review soon. 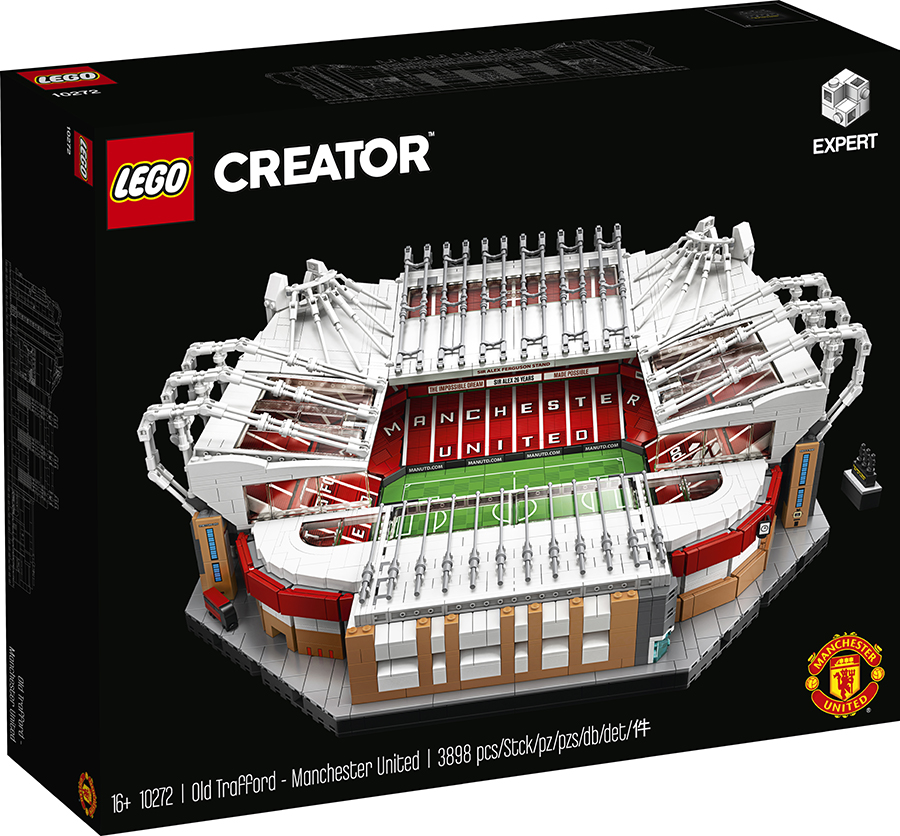 Manchester United fans will love building this big LEGO® set model of Old Trafford (10272) to show their allegiance to one of the world’s most famous football clubs. The building set for this LEGO football stadium provides a fun challenge to create a spectacular showpiece model.

The ultimate Manchester United gift
Manchester United fans can show off this Old Trafford replica at home or the office. New for February 2020, this LEGO® Creator sports set coincides with the stadium’s 110th anniversary. This building kit for adults features several evocative details including the players’ tunnel and the statue of the United Trinity.

Bring to life your passions with advanced LEGO® sets!
LEGO® Creator Expert advanced building sets allow adults to construct models based on some of their biggest passions, including cars, buildings and stadiums. Once the challenging and fun building experience is complete, these collector models from building bricks make an eye-catching display at home or the office. 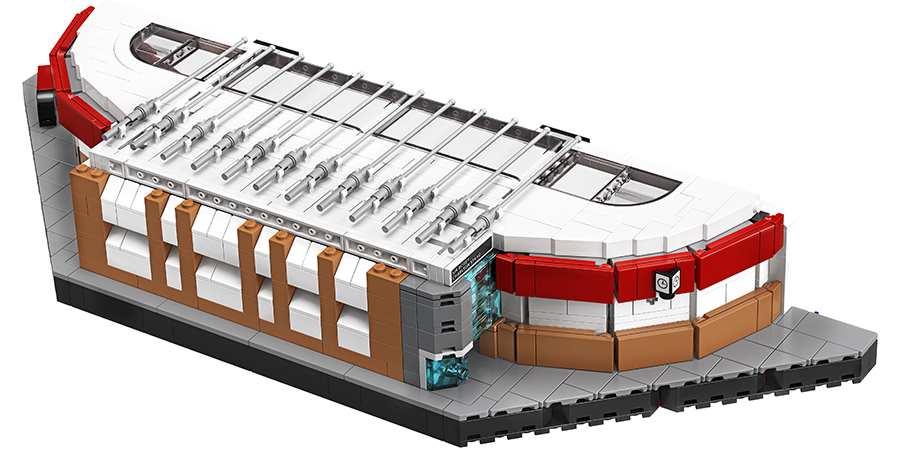 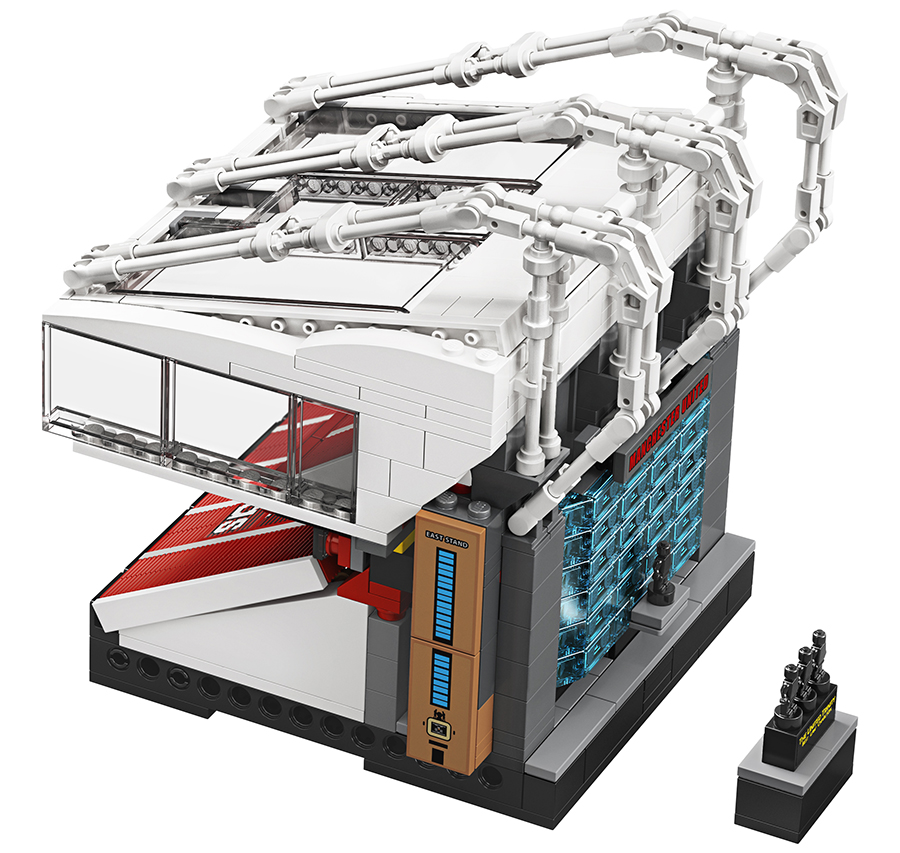 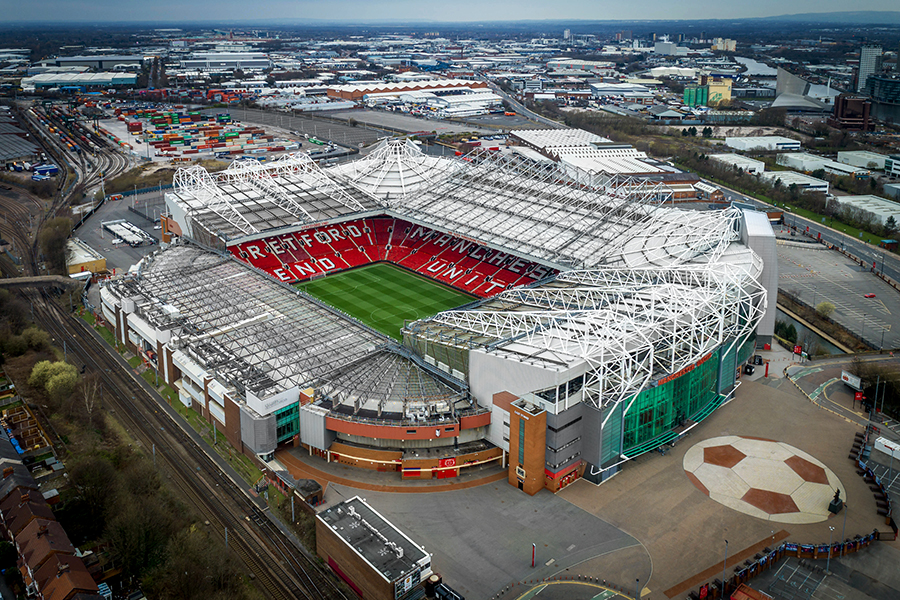 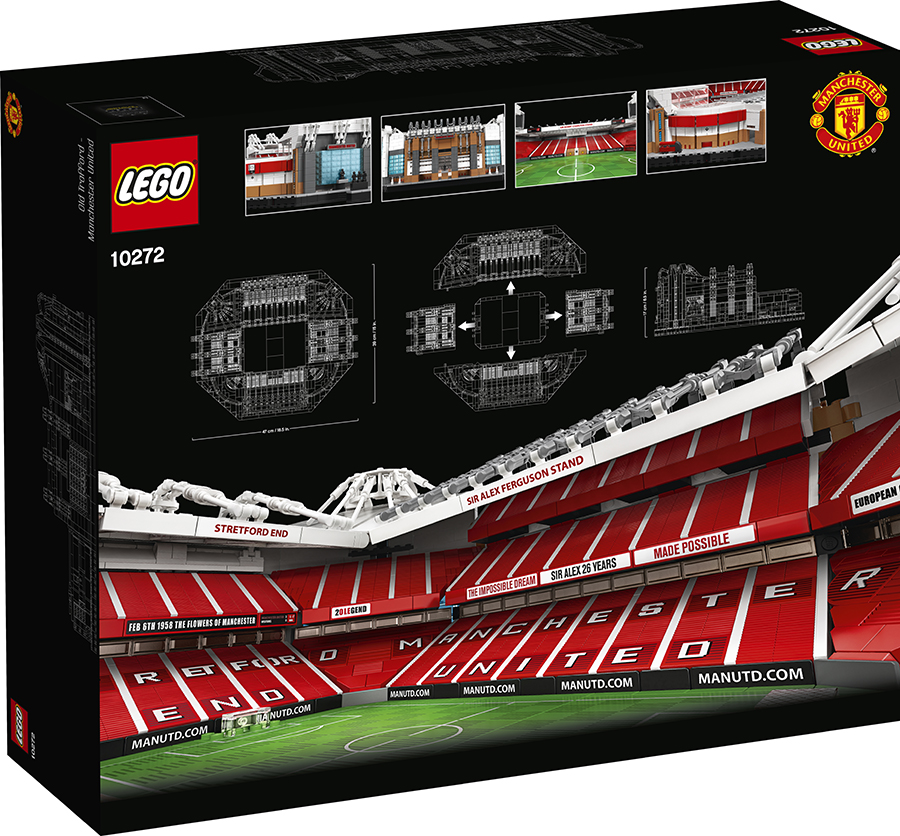