In 2020 the original LEGOLAND® park in Billund will play host to an all-new area based on The LEGO® Movie franchise. Visitors will be able to step into The LEGO Movie world and enjoy new attractions based on characters and areas from the film. The area will be similar to the one in LEGOLAND Florida, although it will feature different rides including a flying 4D movie ride, a large spinner ride and a playground. The new area of LEGOLAND Billund will open in 2020 and will be located near the X-treme racers ride. This news comes as the company owned by the family who created the LEGO brand and still owns most of the group, has offered to buy Merlin Entertainment, who run the LEGOLAND parks. Plus LEGOLAND Windsor recently received planning permission to create additional rides at the park, which could see The LEGO Movie Land arrive in the UK in the next few years. 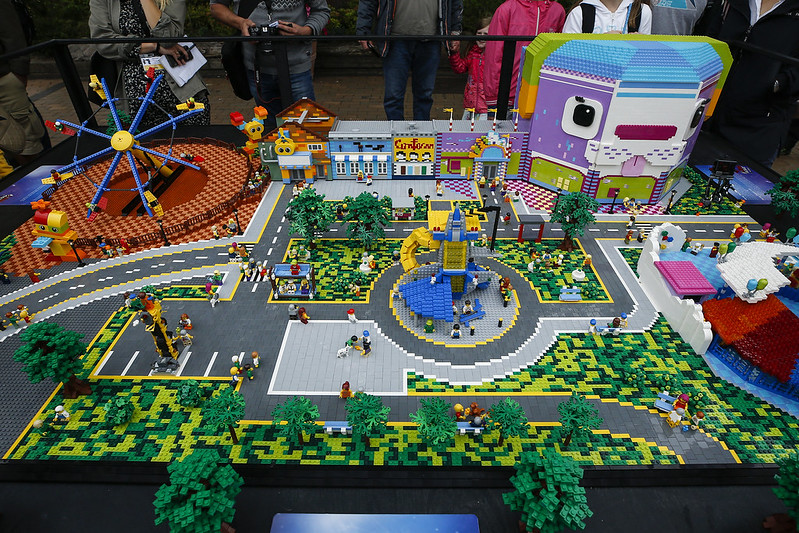 LEGOLAND® was able to reveal the news for 2020 and at the same time the park’s largest investment so far in the form of THE LEGO® MOVIE ™ World. The new country will have three new rides aimed at different age groups, so there will no doubt be something to look forward to for the whole family. The country is being made in collaboration with ‘Warner Bros. Consumer Products’, and is inspired by the characters and themes of the global hit films LEGO Film – A clumsy adventure and the LEGO Movie 2.

We are very pleased to have another new country and three new rides here in LEGOLAND. It will be a unique and thoroughly exhilarated experience, and our guests will no doubt feel that they are entering the amazing universe they know from the LEGO films, ”says Christian Woller, director of LEGOLAND.

The first Flying Theater in Scandinavia

You will not sit still in front of the giant screen when LEGOLAND becomes the first amusement park in Scandinavia to get a Flying Theater. The guests float around while watching a riveting movie on a huge 180 degree screen. The effects have also been increased, so you can expect both wind in the hair, fog and scents in the new amusement.

It will be exciting to have an amusement like this one. The big screen and the movements make it feel like flying inside the film, and then the LEGO theme just works really well for this type of amusement, where you are drawn into the LEGO universe, says Christian Woller.

On the flight, guests can, among other things, look forward to a trip into space, fly past pirates and experience some of the well-known areas of the LEGO films.

Fly around at a height of 14 meters

THE LEGO® MOVIE ™ World also offers another high-flying news that caters to the bigger children. Here they have to control their own aircraft and decide for themselves how much the aircraft should rotate.

It will be a really fun and flying amusement, which caters to the slightly larger children, where there must be a bit of speed, and where you can well get a bit crazy before landing with the plane again. So you should not be too scared to get your head down, says Christian Woller.

Fun for the whole family

Another central part of the area will be a huge playground with a 10 meter high play tower. The outer space is the focal point, and the children can, among other things, try two large roller coasters.

There will also be the opportunity to enjoy the view from a drip tower that builds on the Unikitty character from the LEGO Film 2. Here a 12 meter high tower awaits, where it goes up and down with lots of buzz in the stomach along the way.

THE LEGO® MOVIE ™ World gets a really good combination of something for the whole family, so there is no doubt that we are looking forward to adding another fantastic country to the LEGOLAND experience, says Christian Woller.