Just before Christmas 2019, before the dark times, I was offered the LEGO® Creator Expert Modular Bookshop to review. This would be my first experience building a set from the much-loved annual series of modular buildings. As I explained back then, the only reason I have never partaken in a Modular Building was lack of space and I knew once I had one I’d want more. Now just over a year on I own six sets from the newly dubbed Modular Buildings Collection. As foretold my fate has been sealed – I’m hooked.

After being given the privilege of building the latest addition to the range, with the Police Station, my most recent foray into the world of Modular Buildings has been the Assembly Square set. For the past two Christmases, I’ve requested the Disney Castle and then the Train as my festive build, this year I decided upon Assembly Square. Released back in 2017, the set marked the 10th Anniversary of the Modular Building Series as it was known back then. Now I was going to do a full-on review of the set, but due to it being out of stock in most regions, I thought it would be best to take a different approach. 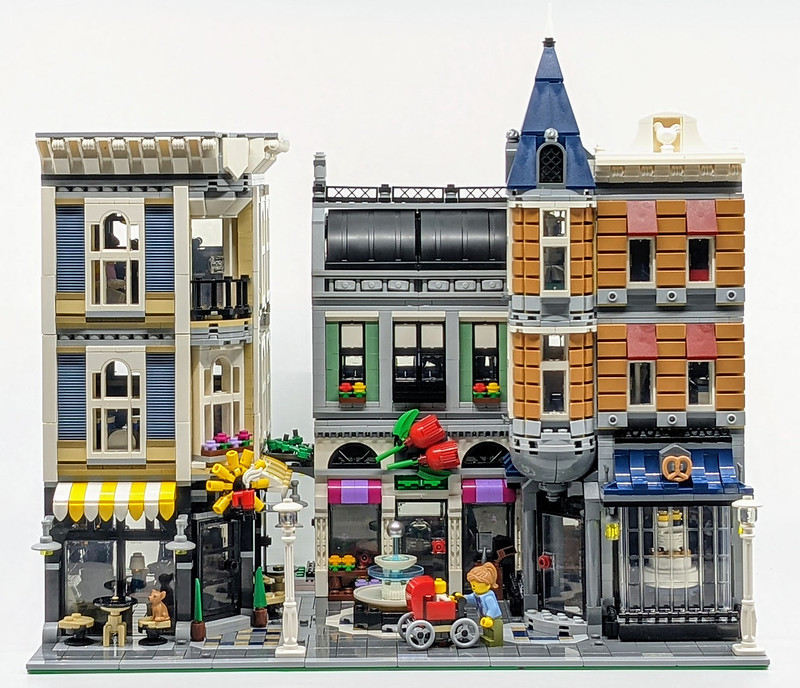 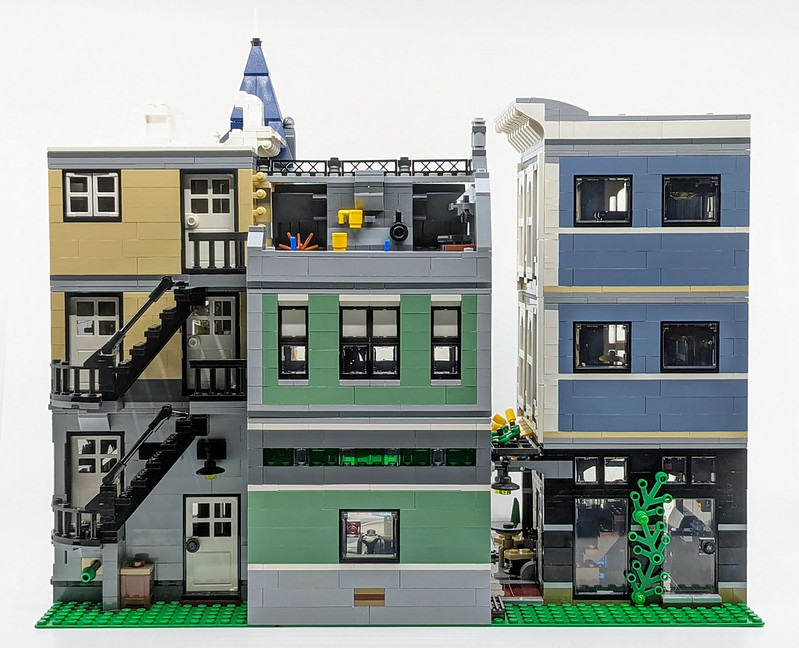 As the set was created to celebrate 10 years of sets, it’s one of the biggest and most detailed of them all. Unlike other sets in the range, it spans one and a half baseplates. There is no particular theme to the building either, instead, it brings together a number of businesses including a bakery, florist’s shop, café, music store, photo studio, dental office and a dance studio. Each of these single rooms is packed with details, crafted through clever use of parts. 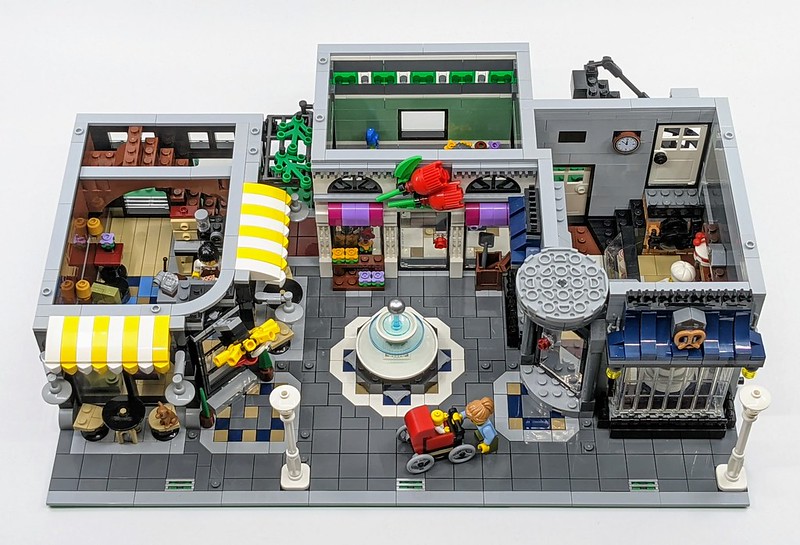 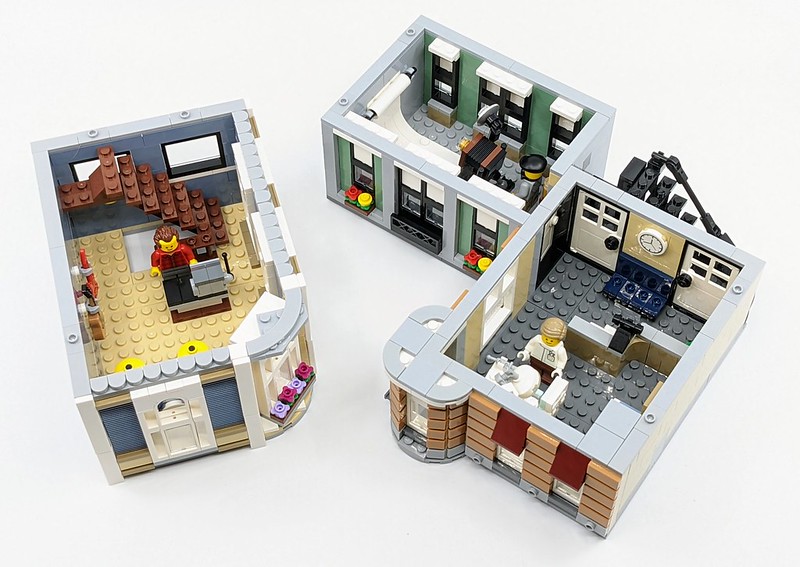 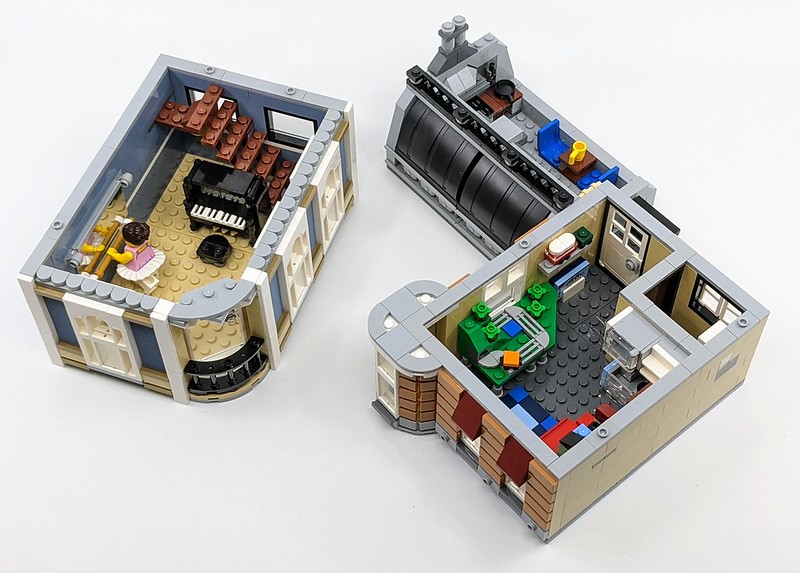 This ingenious way in which LEGO elements are used has to be the most impressive thing about the Modular Buildings Collection sets. As I built the Assembly Square set, I grinned with delight in seeing the element created as Thor’s Hammer was used to add detail to the lip of the roof. The elements often used to allow things to spin, were used to create angles not easy to achieve with LEGO bricks. Best of all was the digger buckets used as roof canopies. Of all the rooms, I love the LEGO fans apartment. This is clearly a neat nod to the community of builders who have taken the Modular sets to heart and used them to create amazing cityscapes. 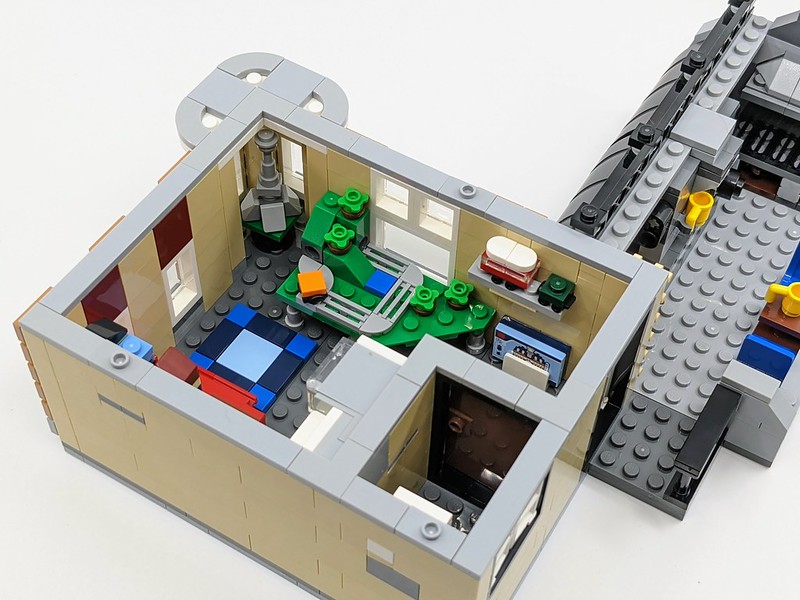 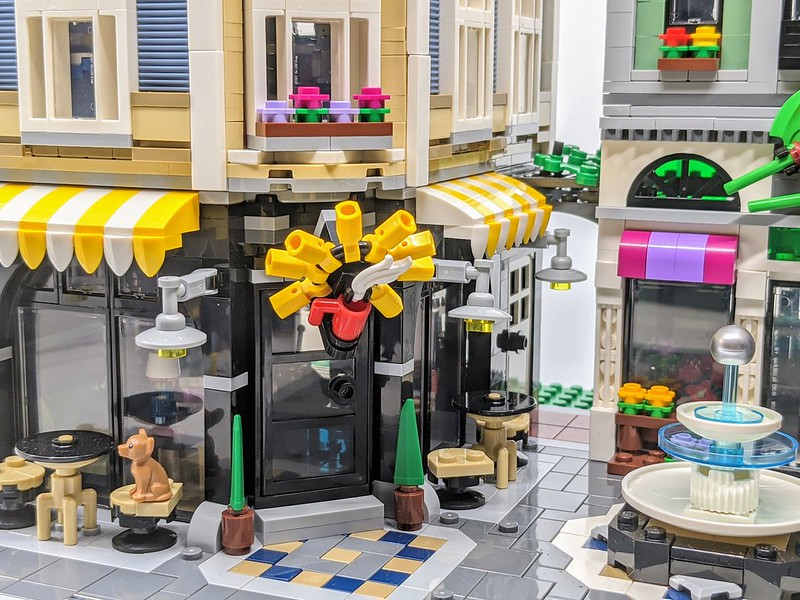 The popularity of the connectable LEGO Modular Buildings has seen sets from other themes being able to be integrated alongside them. The recently released Chinese New Year Spring Lantern Festival set features the connection points to allow you to pop in alongside other Modular Buildings. The same will be possible with the upcoming NINJAGO City Garden set, not only will this be able to connect to the previous NINJAGO City sets, but it can also fit nicely with any of the Modular Buildings Collection sets. 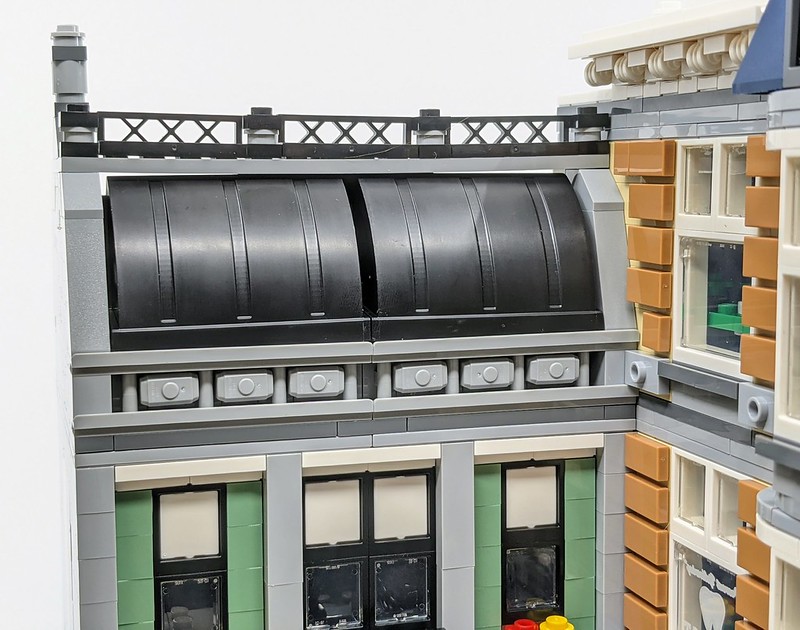 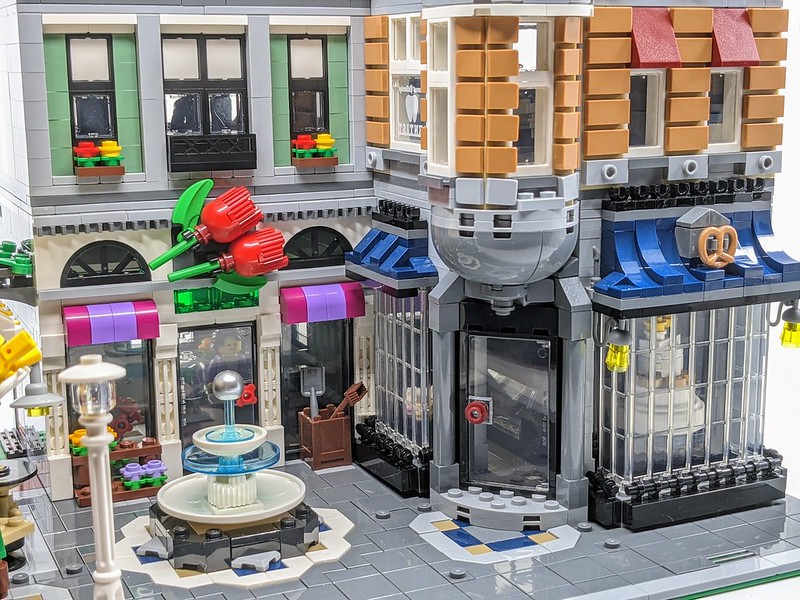 Since building the Bookshop, I’ve built the Palace Cinema, Downtown Diner, along with the Police Station and I still have the Corner Garage to build. Although it’s not the full collection of sets, I’m happy with the line-up. I’ve even managed to find somewhere for them to live. I’m not expecting to get any of the older set, but the one I wish I had is the Detective Office. 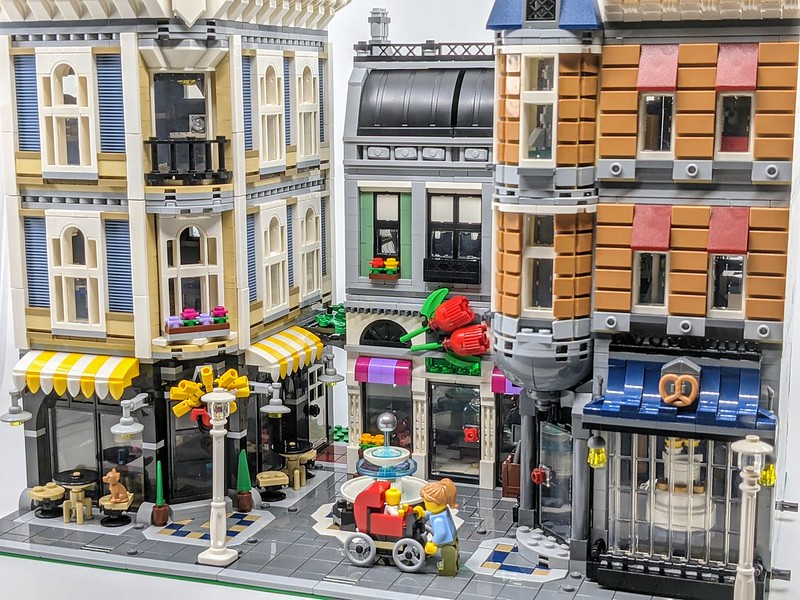 If like me, you’ve never experienced building a Modular set, I certainly urge you to grab one when you can. They really mark the pinnacle of LEGO construction and design, whilst also staying true to the early days of LEGO sets. But be warned, once you build one, you’ll want more and more and more. Like a combination of Pringle-flavoured Pokémon, once you pop you just can’t stop and although it’s unlikely I’ll catch em all, what I’ve built has been an amazing experience.

The LEGO Creator Expert Assembly Square hasn’t been retired in all regions, but id out of stock from LEGO.com, you can sign up for stock alerts and the set is also available from other UK retailers such as John Lewis and Smyths.