Earlier this month LEGO® introduced a new style magnet. These 4×4 bricks feature a 16 stud surface but instead of having the connector tubes inside the brick, there is an enclosed magnet. Currently, there are three products available featuring these new magnets. Two packs of four, and a special London Bus buildable magnet currently only available in the Leicester Square LEGO store. Thanks to my chum, Mark of LEGO from Hamleys, I’ve got this fun new set and thought I’d give it a review. 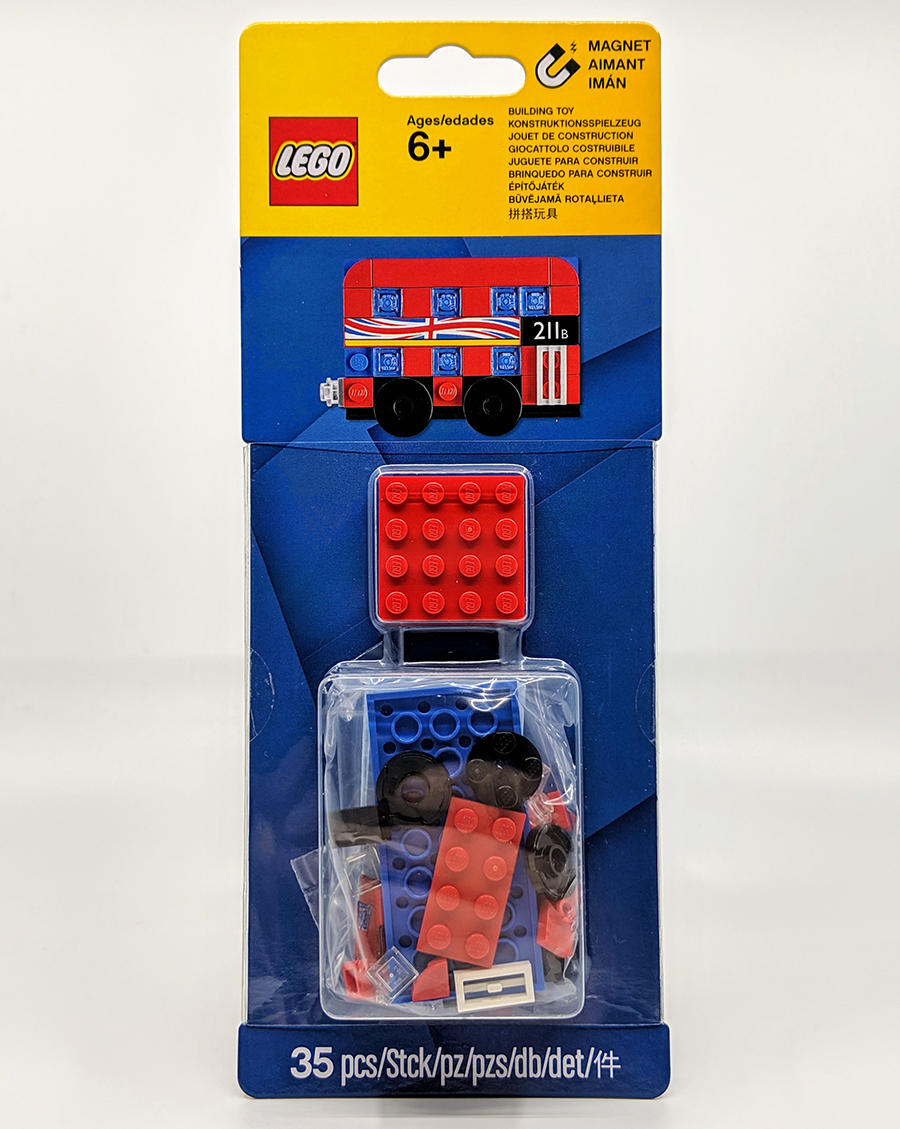 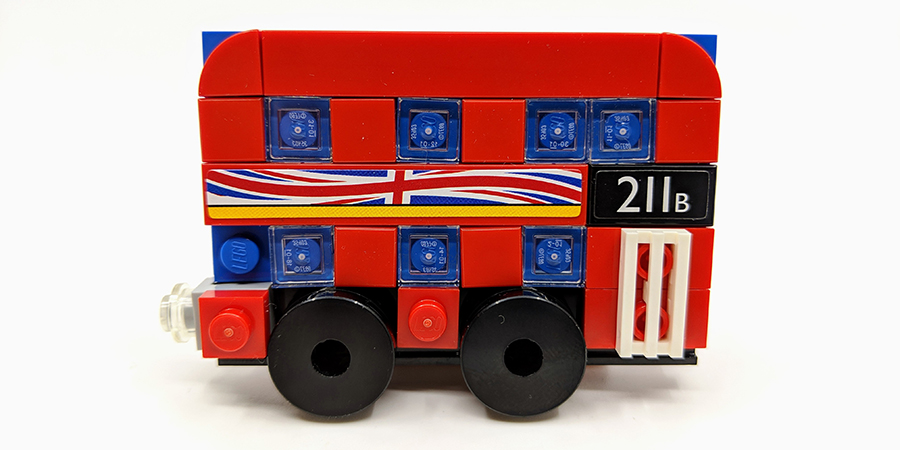 As mentioned above the basis of the set is a new LEGO element, the LEGO magnet. On the first view, this looks like a standard LEGO brick, but it actually houses an enclosed magnet. This isn’t easy to get to so it’s safe for kids but it isn’t really an element you’d play with. As well as the 4×4 magnet brick, you get a handful of LEGO elements, a small sticker sheet and the instructions. 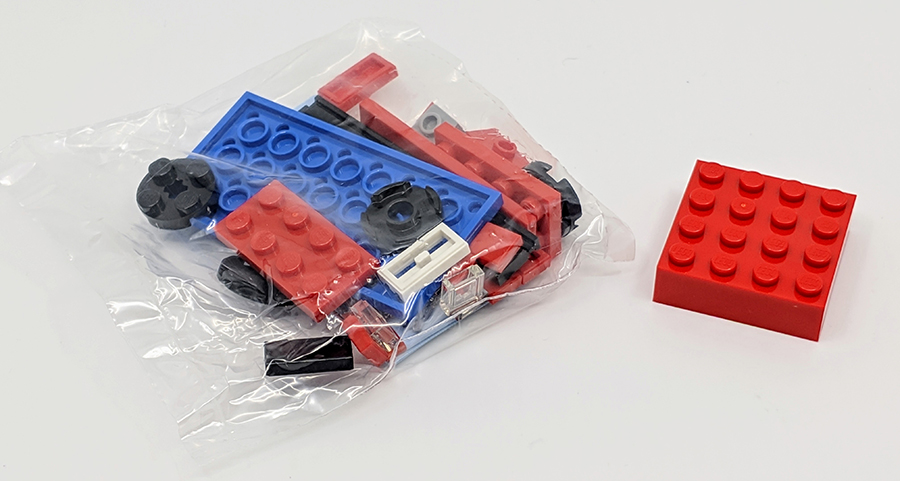 The set is mainly built upon a 4×8 blue plate, with a number of flat tile elements used to a side view of an iconic red London bus. Despite the minimal look, its design is very much like the larger Creator Expert version. With the a sticker placed on a 1×6 flat tile. The mirrors the design of the Union Jack flag wave on the advertising boards. It also as a 211b sticker to match the mini London bus. Oddly these stickers feel very different from other LEGO stickers. They are thicker and not as shiny, so you may struggle to reposition the stickers, should you pop them on wonky. Shame there aren’t printed pieces. 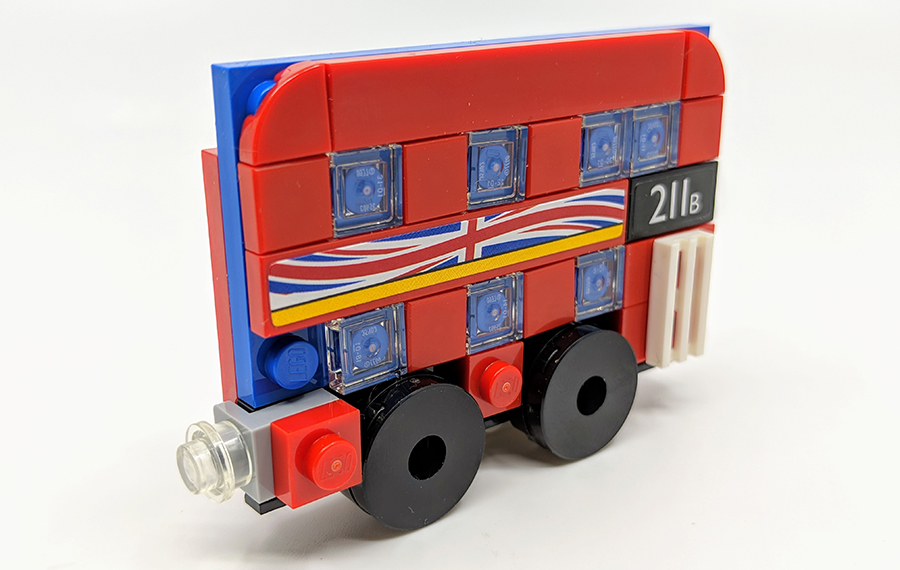 The LEGO Store in London’s Leicester Square has been crying out for more tourist-friendly LEGO goodies. Since opening LEGO have added things like the Lester Minifigure polybag and keychains, plus selling past giveaways, like the mini LEGO London Bus. So this new London Bus magnet is the perfect set to grab as a souvenir of your trip to the capital. Which is why the set isn’t currently available online or in other LEGO Brand Stores. The actual magnet is a fun little set which will look great on your fridge. It’s also the perfect companion to other London themed sets, such as the LEGO Creator Expert London Bus, Architecture London Skyline and the Hamleys Royal Guard, available just up the road on Regents Street. 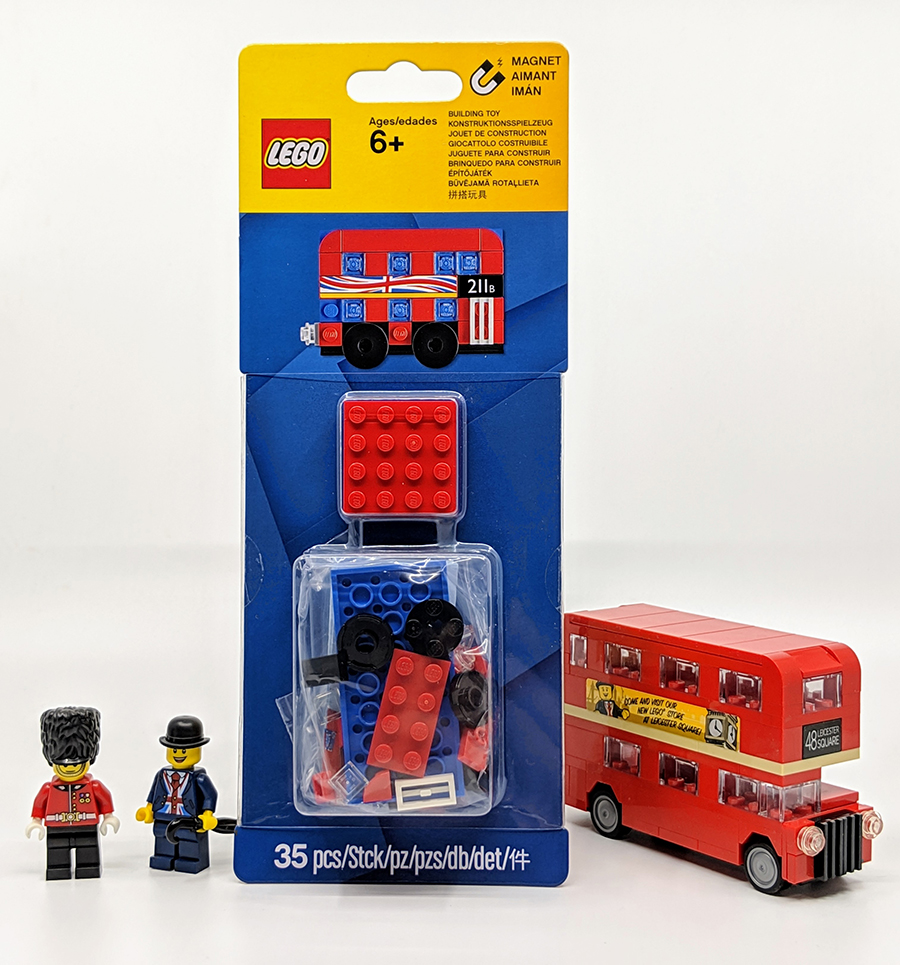