The Hamleys exclusive continues to take Regent Street by storm and five days since it went on sale it remains Hamleys number one selling product in the entire store. Although the Hamleys Royal Guard may look familiar he is far from being just a rehash of past LEGO® Minifigures. Based on the famous bearskin wearing guards often seen at Buckingham Palace, the Royal Guard is the brain child of Hamleys Mark Philip Campbell, along with Tara Wike, design manager of the LEGO Minifigures line at LEGO and Austin Carlson, the Graphic Designer who helped to update the Royal Guard, to make him unique to Hamleys. Since going on sale on Saturday, the Royal Guard minifigure has become the best selling product in Hamleys Regent Street store. Mark has said each person he has asked has said they learned about the minifigure thanks to the picture he first shared on Facebook which we were then the first to report on, before being picked up by other LEGO focused sites, he thinks around 80% of sales of the Royal Guard are a direct result of being shared by fan sites. In fact Hamleys have been so impressed by the reaction to the introduction of their exclusive Royal Guard minifigure, they have very kindly sent us some. So lets take a closer look at the Hamley’s Royal Guard. 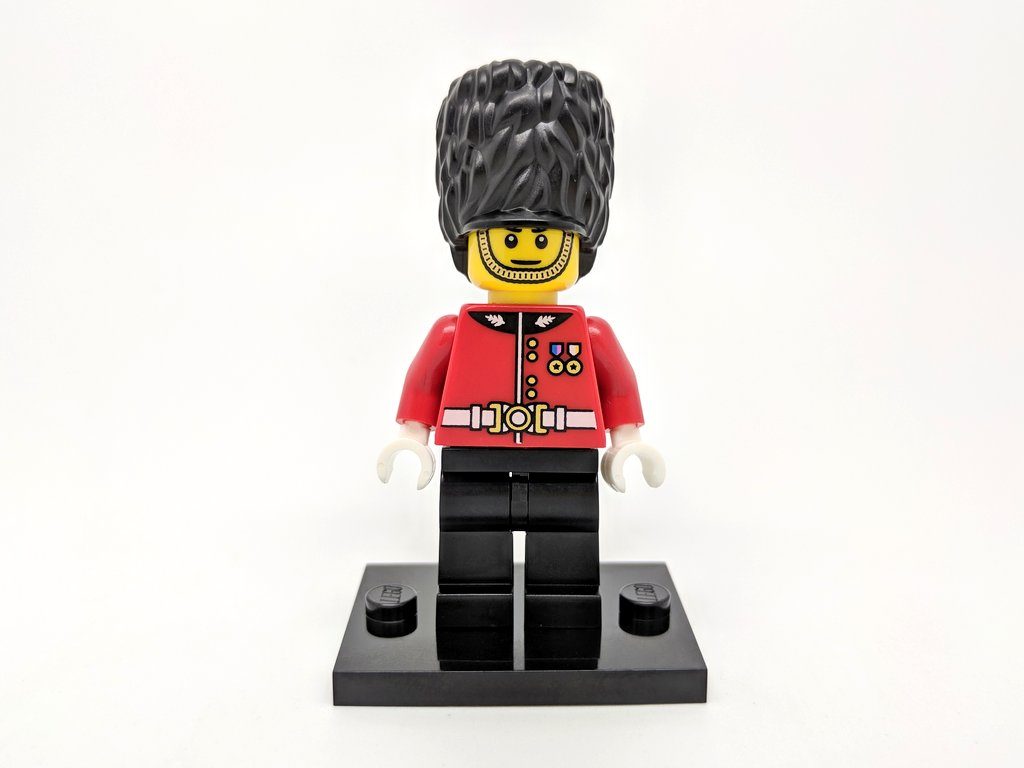 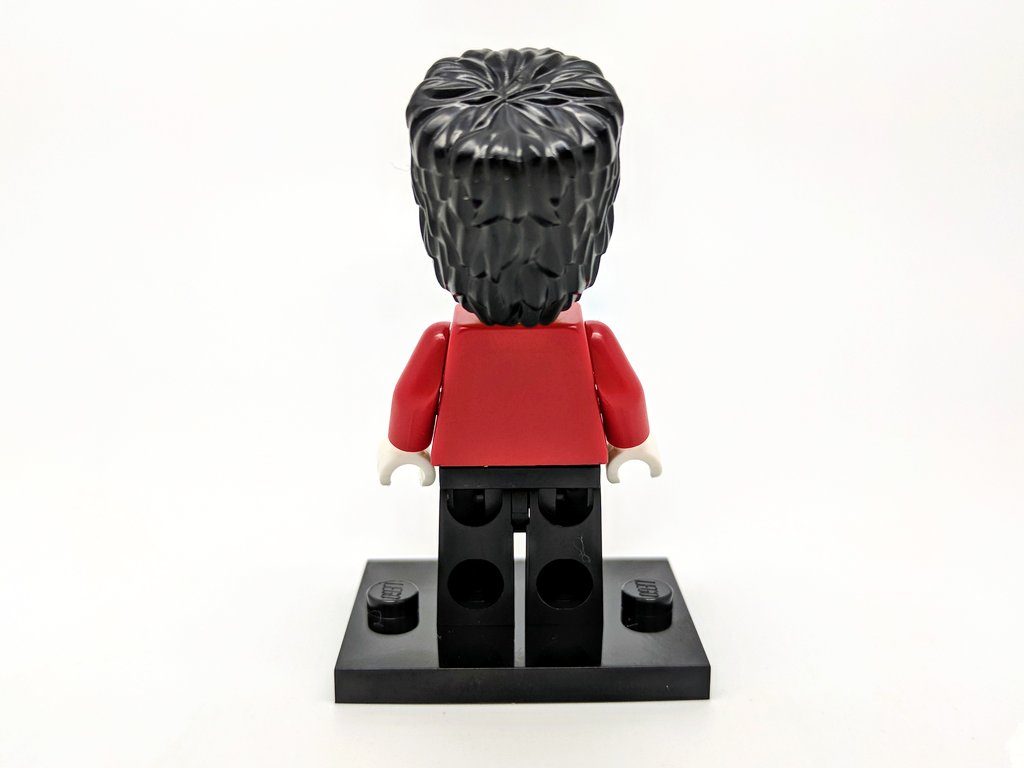 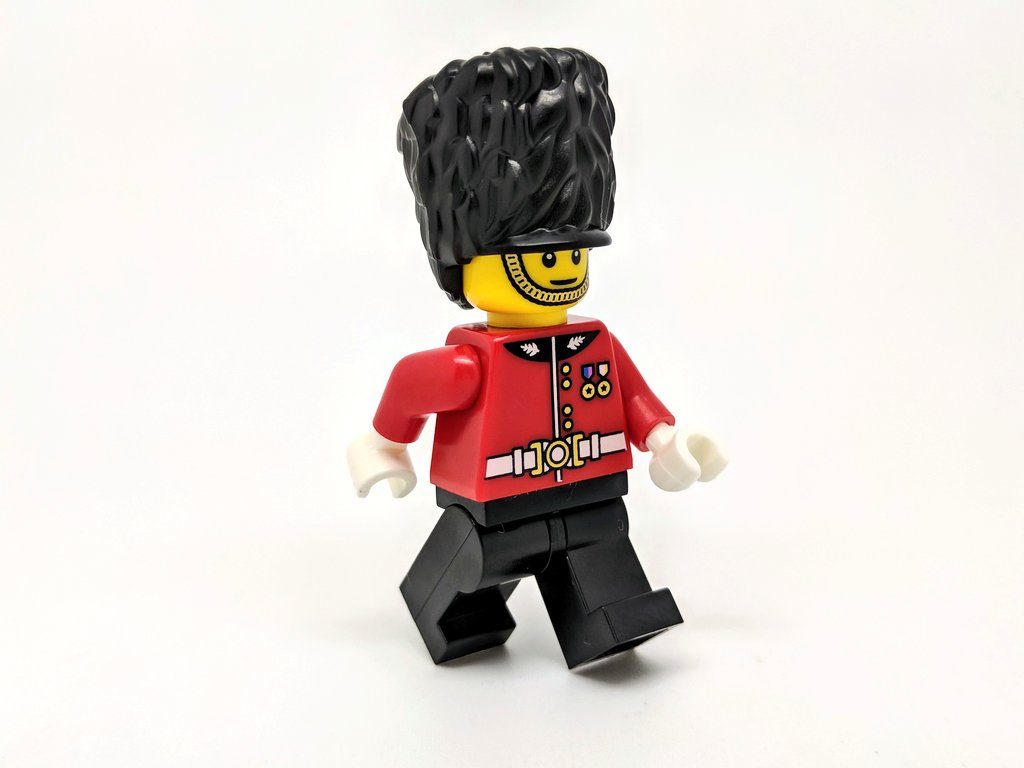 Back in 2011 one of the characters included in the fifth series of LEGO Minifigures was a Royal Guard, although the Hamleys Royal Guard is a quite similar, but with some notable differences. The Hamleys Royal Guard has a slightly more friendly face, so would you if you lived in the world’s oldest toy shop. He’s also wearing white gloves and slightly different print detail on the torso. With the feather detail on collar of the coat now white, a slightly different belt design and some added medal. Although he’s lost his ceremonial rifle, he keeps his baseplate and becomes the second minifigure to include the unique bearskin hat element. You can see them both below. 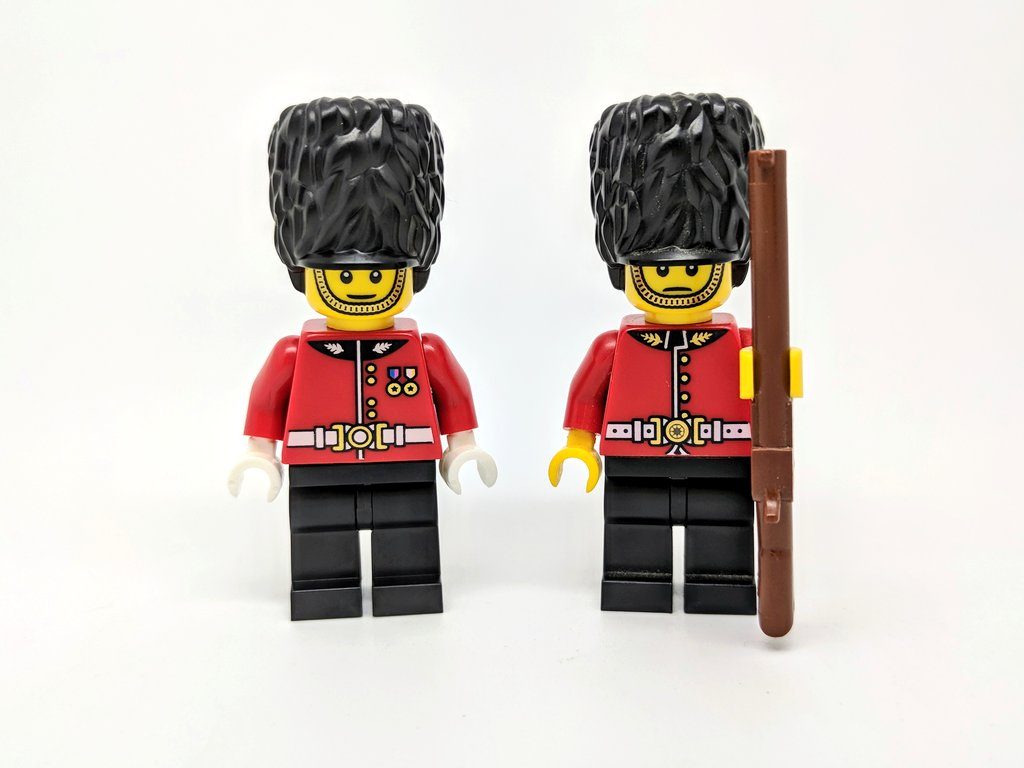 The Hamleys Royal Guard joins a number of other iconic English characters featured across the various series of LEGO Minifigures and the recently introduced Lester minifigure, who can be found just around the corner from Hamleys, the the Leicester Square LEGO Brand Store. The love of London also expands into LEGO sets, with things like the 10253: London Bus, 10253: Big Ben and 21034: London Skyline sets released.

There is no denying the Royal Guard is a fun little minifigure and hopefully it will be the first of many more exclusive LEGO products to appear at Hamleys. You can find the Hamleys Royal Guard LEGO Minifigure, now at Hamleys Regent Street store, priced £6 each. Big thanks to Mark at Hamleys for kindly sending us the Royal Guard to add to our collection. If you head to Hamleys go find him and say hi! 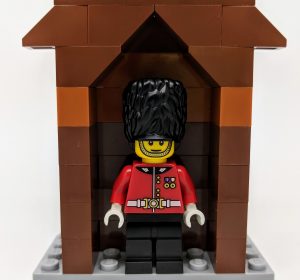 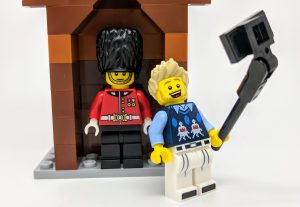 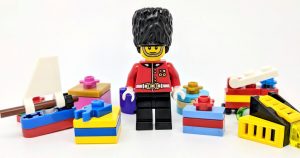