As well as the standard LEGO® FORMA set, three additional add-on skins were also made available via Indiegogo. These could be purchased individually or as part of the LEGO FORMA Super Pack. The three skins include the colourful Splash Koi, the muted Ink Koi and something a little different a shark. Each Skin pack comes in a carded envelope, which is a little unusual for a LEGO product, but I quite like that they haven’t been unnecessarily put in a box. Each pack includes two sheets of skin parts, a bag of the new connector pins and a brief instruction sheet.

Of the four skins available for LEGO FORMA, the most unique is the shark. Not only does this use different shaped skins parts compared to the Koi. Once placed on the FORMA skeleton, it transforms it into a fearless predator of the sea. With the movement of FORMA, perfect for that of a shark. The head is a little tricky to place on the skeleton, as you have double the sides back on itself, but once you have it connected, it looks great. 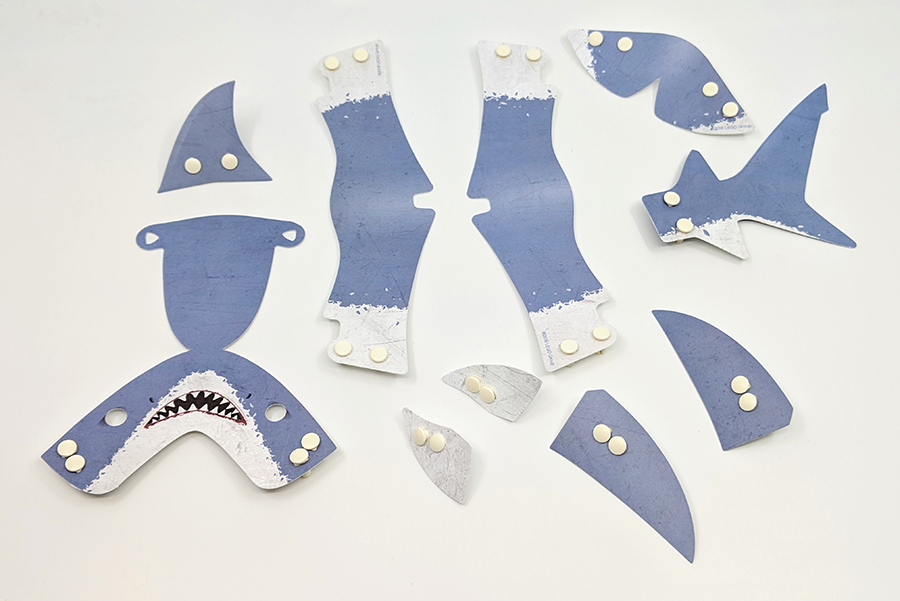 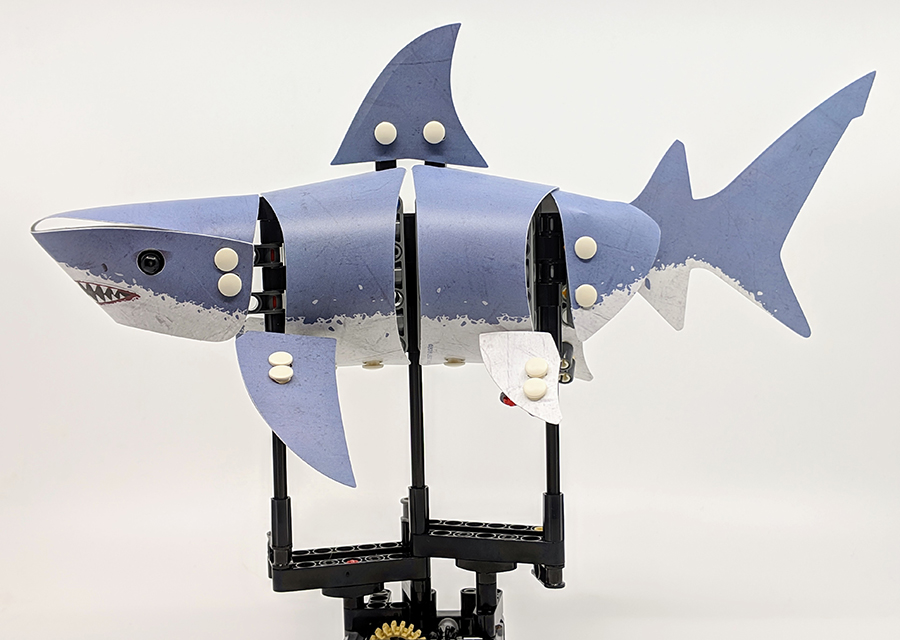 The most colourful of the four skins is the Splash Koi, using the same pattern of skin parts as the standard and Ink Koi. It may not be a natural colouring for the Koi, but it really makes the build eye-catching. The LEGO FORMA team made the Splash Koi skin even more colourful, than the original design. 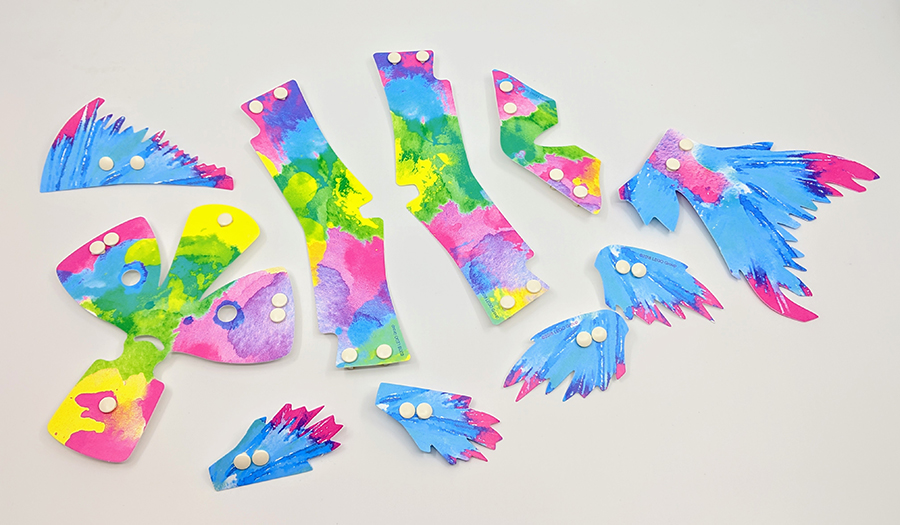 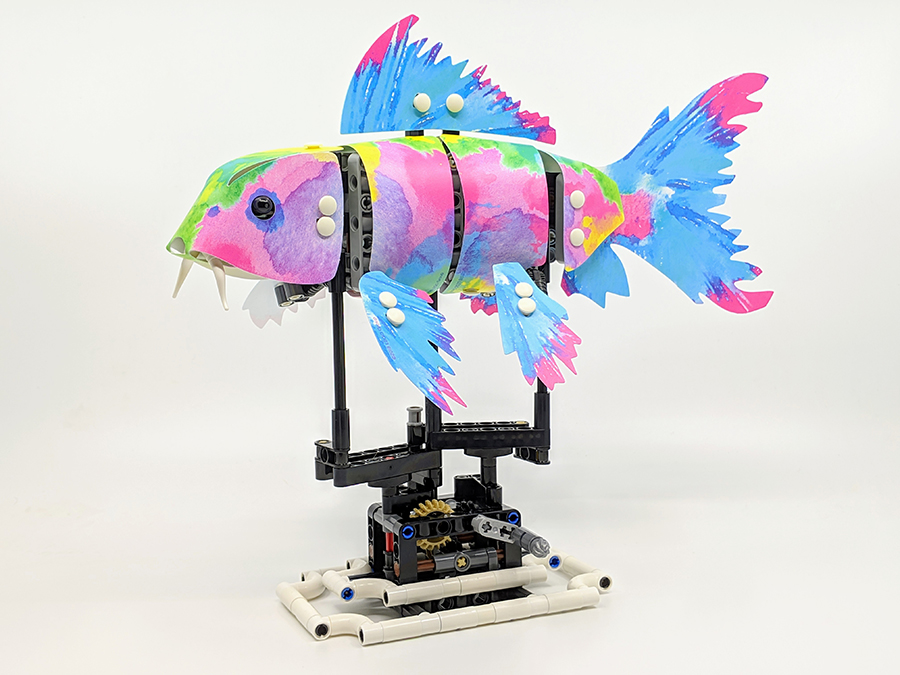 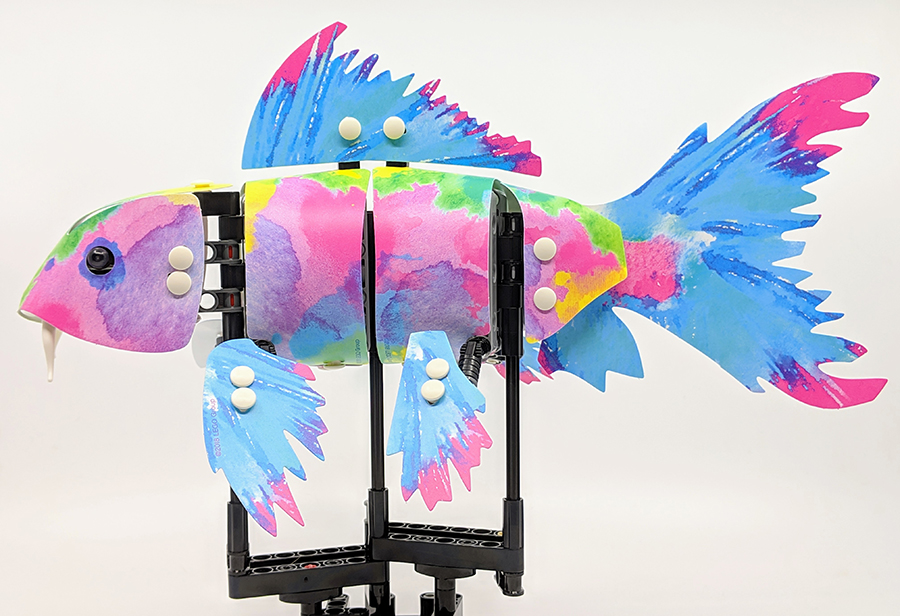 The idea behind the Ink Koi skin is that it can be customised by colouring in the white sections. But I think it looks pretty good as it is. The pattern of the skin is identical to that of the other Koi skins. Plus all backers of LEGO FORMA, can download plain templates of both versions of the skins, allowing even more customisation. I was a little hesitant to remove the skin pieces in order to add the new ones. You must use a brick separator, just so you don’t inadvertently damage the material. Pins can be levered out or popped out from the hole, depending on their location on the fish. But I like that you can give the set a different look and it would certainly appeal to the intended audience should LEGO FORMA be expanded on in the future. Check out each of the additional skins in action below.