In September last year, the LEGO Group teamed up with crowd-sourcing platform Indiegogo to launch a new product concept. LEGO® FORMA is a set aimed squarely at adults. Not necessarily AFOLs, but adults in general. The idea being that more and more adults are turning to tactile activities they can do to unwind and relax. FORMA doesn’t introduce a new build system as such, but a new way to interact with LEGO to a create an interactive model, that can be customised with additional skins. But how does the set work? Let’s take a closer look at the base version of LEGO FORMA, which includes the Koi Carp skin set. 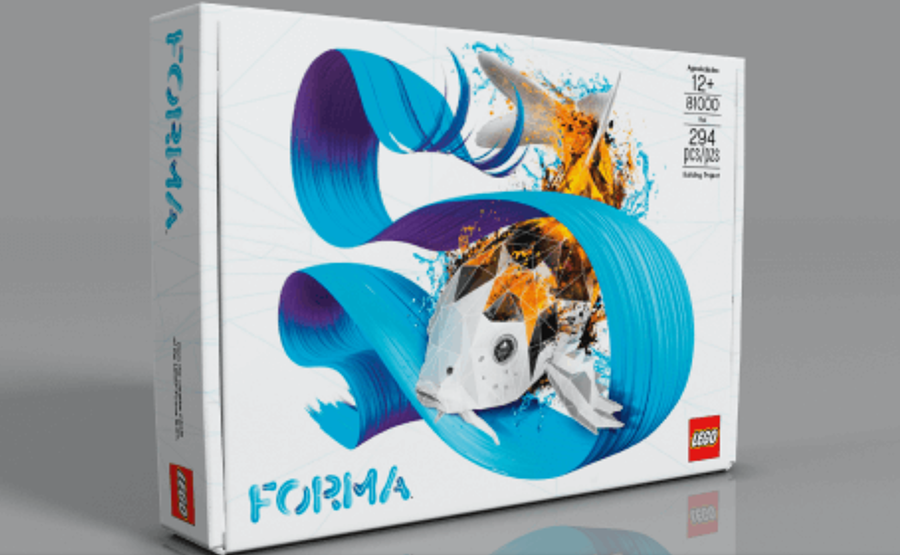 LEGO® FORMA is a premium LEGO experience designed for adults looking for a fun, engaging way to reconnect with their creative side. LEGO FORMA mechanical models are cleverly designed but simple to assemble. Sturdy rods and parts combine with customizable skins to create a joyful creative challenge. Taking design cues from nature, LEGO FORMA incorporates life-like movement, colors, and patterns. The result is an elegant conversation piece that’s a tasteful addition to any room. 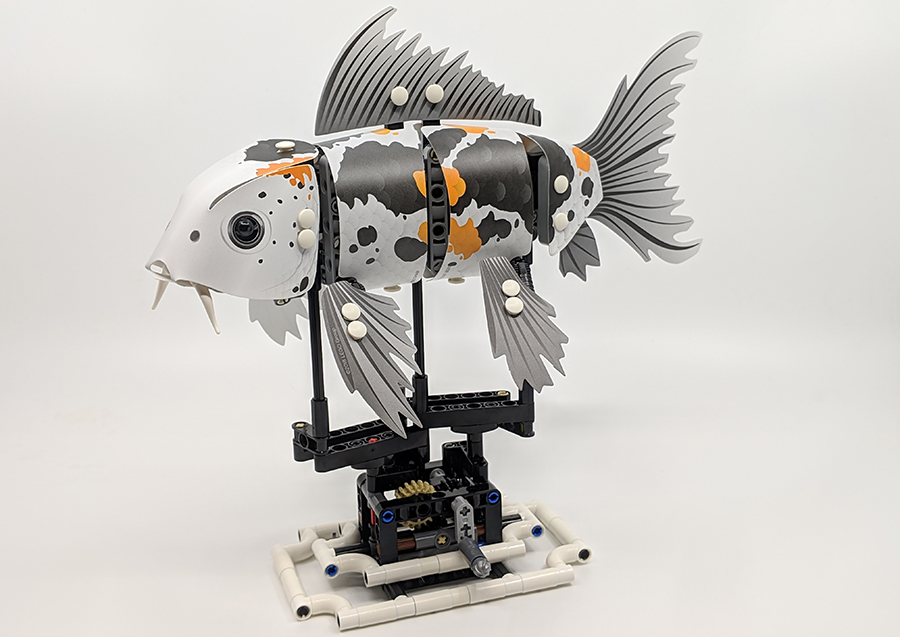 Despite being a new LEGO concept, the element used to create FORMA are large largely found in the Technic build system. In fact apart from a couple of studs, every piece is commonly associated with Technic sets. Just like Technic sets, the whole build is centered around and powered by a gear-filled ‘engine’. It’s a simple little set-up of parts, which can be turned by the handle on the side. This can also be converted to be powered by LEGO engine and battery box, but the noise they can, will certainly distract from the zen-like nature the set is meant to instil. 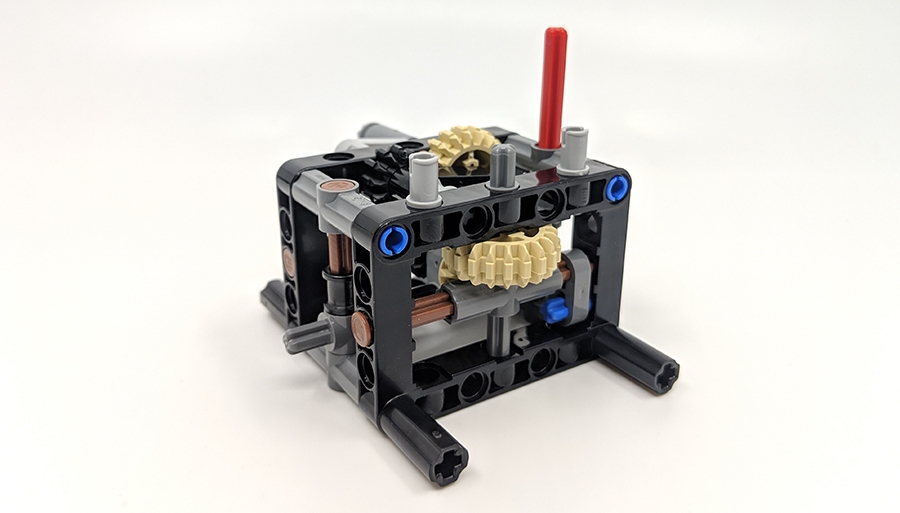 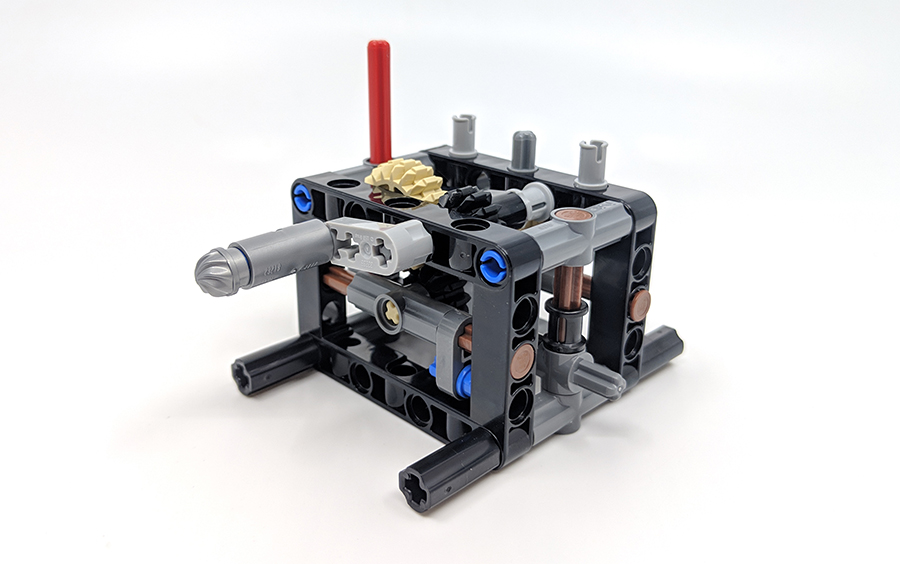 This engine is mounted atop a couple of frames of Technic tubes and pins. Although this doesn’t hide the inner workings, is does add a little aesthetic flare to the set. The rest of the set is based around the inner skeleton of the fish. This comprises of four connected sections. When mounted upon the gear system below it, they each move independently of each other, to create the motion of a swimming fish. There are two new elements featured in and created especially for the LEGO FORMA set. These are a series of skins and a new Technic style connector pin. The base set includes the Koi skin, which is naturally coloured white, grey, orange and black. The skin is created with a fairly thick, yet flexible plastic sheets. It’s a similar material used to create similar pieces found in other LEGO sets, for example the wings on Space Batman from set 76025: Green Lantern vs. Sinestro. The sections of the skin can easily be removed from the surrounding sheet. Each section of skin has a series of holes punched through them. These are triangular in shape, this allows the pin to easily be pushed through the material, without damaging it yet also keeping the connector pins in place. 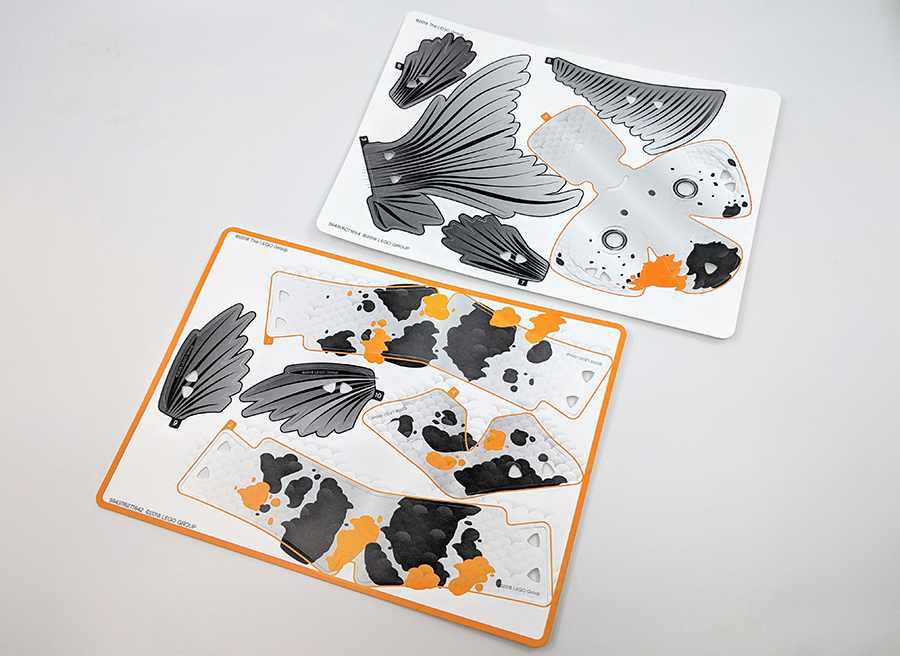 The only new element created for the FORMA set is this connector pin, it’s basically a Technic pin but topped with a flat button head. The pins easily pass through the holes of the skin and connect to the skeleton of the build via various holes. The fins require a few extra elements, which can be removed for other skins. 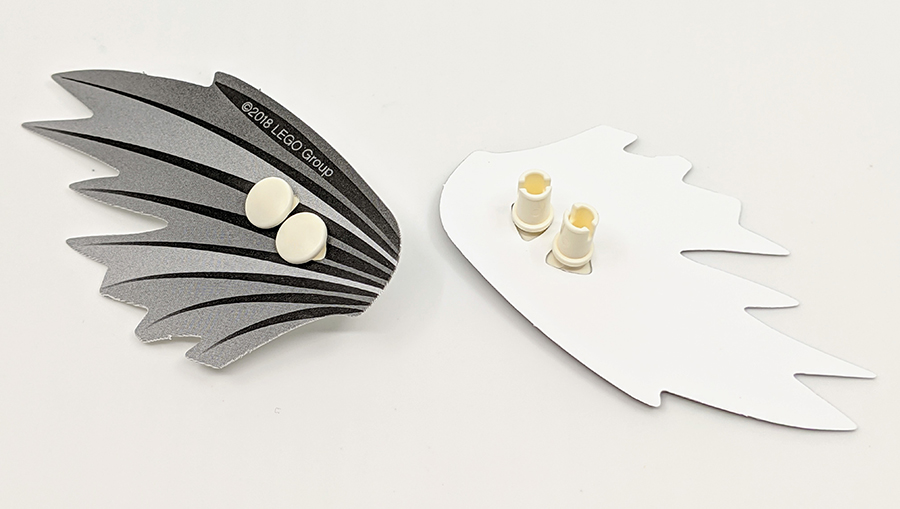 It’s a fun set to build, which is much more fun to play with once built. It may just be a simple turn and move system, but you’ll find yourself picking up the set every few minutes to give it a turn and watch the fish swim. It’s difficult to know if this could be a concept to get non-LEGO building adults building. Most will be familiar with the standard LEGO build system, building with Technic is certainly very different. Especially when combined with the outer skin. I definitely think that if marketed in the right way, this sort of concept could certainly appear to those wanting something to help them relax. More so when combined with one of the additional skins that can be coloured in, to create a truly unique fish. It is genuinely great to see the LEGO Group embrace a truly adult focused set. Although there have been many large-scale sets, skewed towards older builders, they are still a toy, mindful of the younger builders. LEGO FORMA is different, sure kids could build it and will enjoy its kinetic movement, but it looks like something adults would be drawn to. Something you could imagine setting on a desk in a office or study. Hopefully this experiment will result in further FORMA products being developed and made available on a wider scale. But for now FORMA is a unique set to own and a nice addition to any LEGO collection. 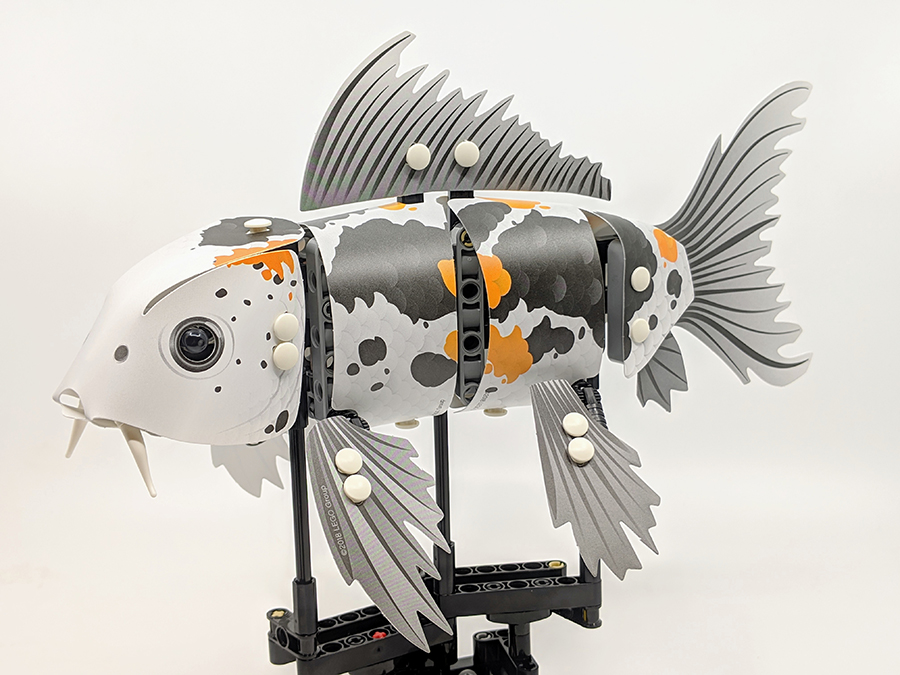 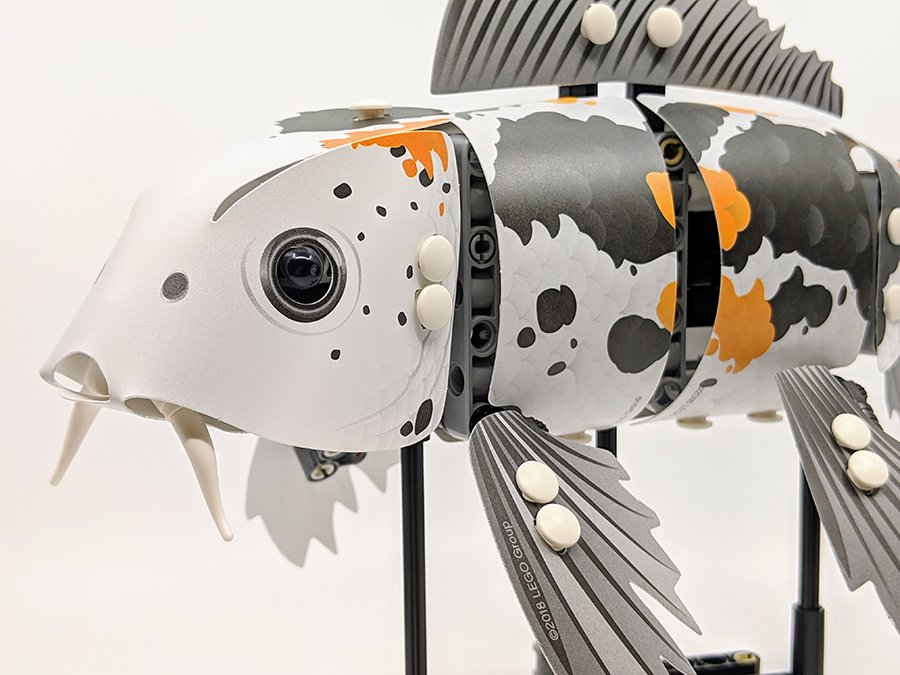