The latest issue of the new LEGO® Giant Series Magazine is out today and it sees the returns of The LEGO Batman Movie magazine. Instead of the usual foil bagged LEGO covermounts, this issues freebie is another LEGO Polybag set. Which is set 30522 Batman in the Phantom Zone. This issue of the magazine costs just £4.99 and is available at selected retailers including most major supermarkets. It’s on sale until January 8th. The LEGO Giant Series joins other LEGO titles from Immediate Media, which include LEGO NINJAGO, LEGO Friends, LEGO NEXO KNIGHTS and the LEGO Specials range. There will be additional Giant Series magazine appearing including more LEGO City and NINJAGO titles along with LEGO Friends. These will appear in 2019 along with a new LEGO DC Super Heroes magazine, a couple of specials based on The LEGO Movie 2 and Jurassic World, plus a new NINJAGO title, which will take a look back at the legacy of the popular LEGO theme. 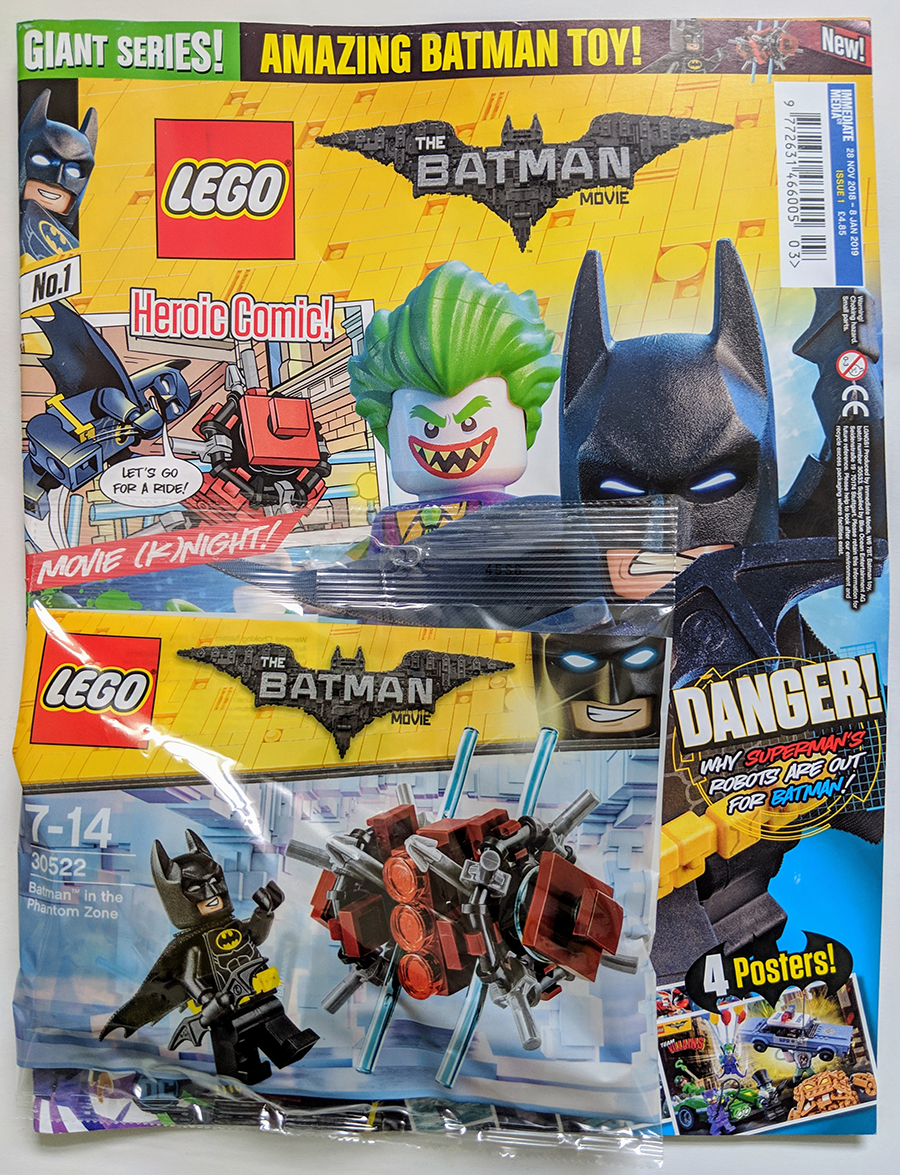