LEGO Back To The Future Meet The Designer

Home » Events » LEGO Back To The Future Meet The Designer

In celebration of the new LEGO® Back to the Future Time Machine set that was announced last week, the LEGO Group is hosting a special Back to the Future-themed event taking place at the LEGO Store Leicester Square tomorrow. Highlights of the nostalgic experience will include a photo opportunity with a real life DeLorean car which will be parked outside the store, a Back to the Future movie poster photo booth, Doc and Marty lookalikes, and the chance to meet LEGO designer Sven Franic who will be signing sets between 5pm and 6pm! More detail can be found below. 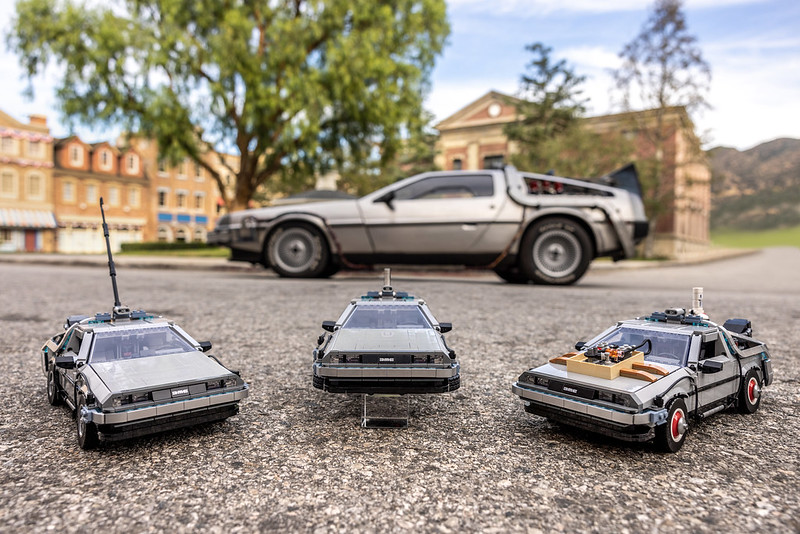 Great Scott! The new LEGO® Back to the Future Time Machine sets hit shelves from 1st April and fans can go on a time-travelling adventure at a special Back to the Future-themed event taking place at the LEGO Store Leicester Square on Friday 1st April.

The fun will begin as soon as fans arrive outside the flagship store, where they will get the chance to see one of Hollywood’s most iconic vehicles, from the Back to the Future franchise – the DeLorean Time Machine – up close and seize the ultimate photo opportunity.

Once inside, fans will be immersed in 80’s nostalgia as the phenomenal soundtrack from the three Back to the Future films plays in store. Fans can also star in their own iconic Back to the Future movie poster photo opportunity and grab a print-out to take home and share with friends.

The LEGO Back to the Future Time Machine model will able be on display in all three iterations, plus there will be an opportunity for some lucky fans to meet LEGO designer Sven Franic and have their sets signed in store between 5 pm and 6pm – don’t miss out!

The new LEGO Back to the Future Time Machine set is available for the recommended retail price of £149.99 at LEGO stores and on Lego.com/bttf from 1st April 2022.