Keep On Truckin’ With The LEGO Technic Mack Anthem

The Mack Truck is an icon of the American highways, with its imposing grill and unique hood mascot, it has become a much loved automobile brand. One of Mack Trucks’ latest models has been given the LEGO® treatment and is one of this years key LEGO Technic releases. To celebrate this new set release, Mack Trucks have issued a press release detailing the new set, as well as offering a couple of new images. Although this isn’t the first time a Mack Truck has been immortalised in brick form, that honour goes to the LEGO Disney Cars range, it’s the first time a Technic set has tackled one. The LEGO Technic Mack Anthem is available now from LEGO Brand Stores, shop.LEGO.com and all good LEGO retailers. 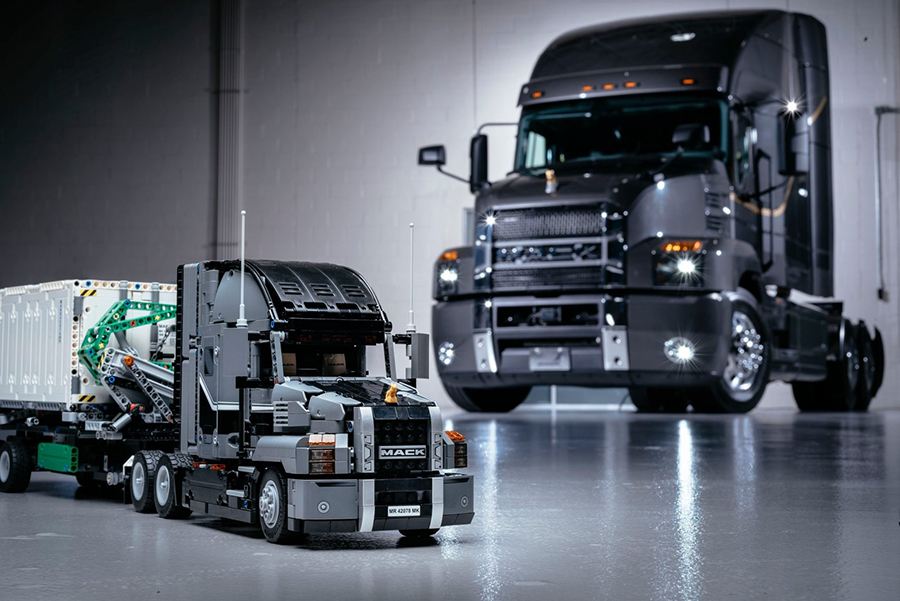 “This is the first time the launch of a LEGO Technic set has coincided with the launch of the actual product to market,” said John Walsh, vice president of marketing, Mack Trucks. “We worked extremely hard with the LEGO team to deliver a true-to-life representation of the Mack Anthem that folks everywhere will enjoy, whether they’re associated with trucking or not. We are particularly thrilled that LEGO designers ensured the ultimate finishing detail by immortalizing our Bulldog hood ornament in LEGO form, which speaks volumes to the value they saw in partnering with the Mack brand.”

Mack and LEGO designers began collaborating on the project in mid-2016 with a series of online and in-person meetings. The LEGO design team traveled to Mack’s Greensboro, North Carolina-based headquarters to drive the Mack Anthem and LR models on a test track, giving them first-hand experience with the trucks’ scale and presence.

Features include an interior complete with a detailed dashboard and steering wheel, sun visors, adjustable seats and bunk bed. A working driveline featuring an engine with a spinning radiator fan and moving pistons is also part of the kit. The pistons even move in the correct firing sequence for a Mack® MP® engine.

“The Mack product design team had fun working with the LEGO Group and their team, but we took this as seriously as we would any other project,” said Lukas Yates, Mack chief designer – exterior. “We’re excited about outcome and the opportunity the partnership has provided to build another lasting impression of the greatest name in trucks.”

The LEGO Technic Mack Anthem set is available for purchase from the Mack Shop and the LEGO online shop.

Dedicated to durability, reliability and meeting the needs of customers, Mack Trucks has provided purpose-built transportation solutions for more than a century. Today, Mack is one of North America’s largest producers of heavy-duty trucks, and Mack® trucks are sold and serviced through an extensive distribution network in more than 45 countries. Mack trucks, diesel engines and transmissions sold in North America are assembled in the United States. Mack manufacturing locations are certified to the internationally recognized ISO 9001 standard for quality, ISO 14001 standard for environmental management systems and OHSAS 18001 standard for health and safety management systems. Mack is also a proud sponsor of Share the Road, an American Trucking Associations’ public information campaign aimed at enhancing the safety of our nation’s roadways.

Mack Trucks is part of the Volvo Group, one of the world’s leading manufacturers of trucks, buses, construction equipment and marine and industrial engines. The Group also provides complete solutions for financing and service. The Volvo Group, with its headquarters in Gothenburg, Sweden, employs about 95,000 people, has production facilities in 18 countries and sells its products in more than 190 markets. In 2016, the Volvo Group’s net sales amounted to about $33 billion. The Volvo Group is a publicly-held company. Volvo shares are listed on Nasdaq Stockholm.

For more information about Mack, visit our website at www.macktrucks.com

LEGO, Technic, their logos, and the brick and knob configuration are trademarks of the LEGO Group. ©2018 The LEGO Group. 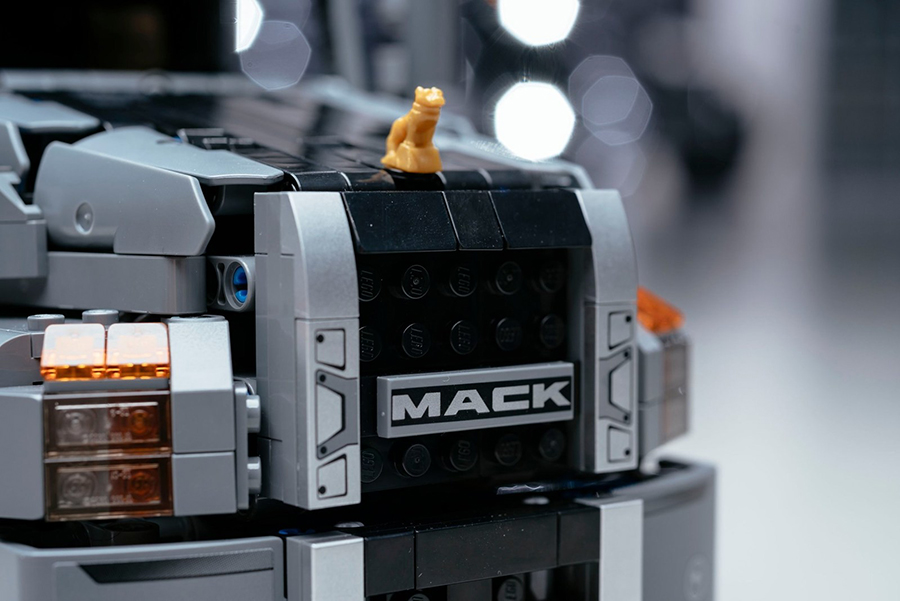 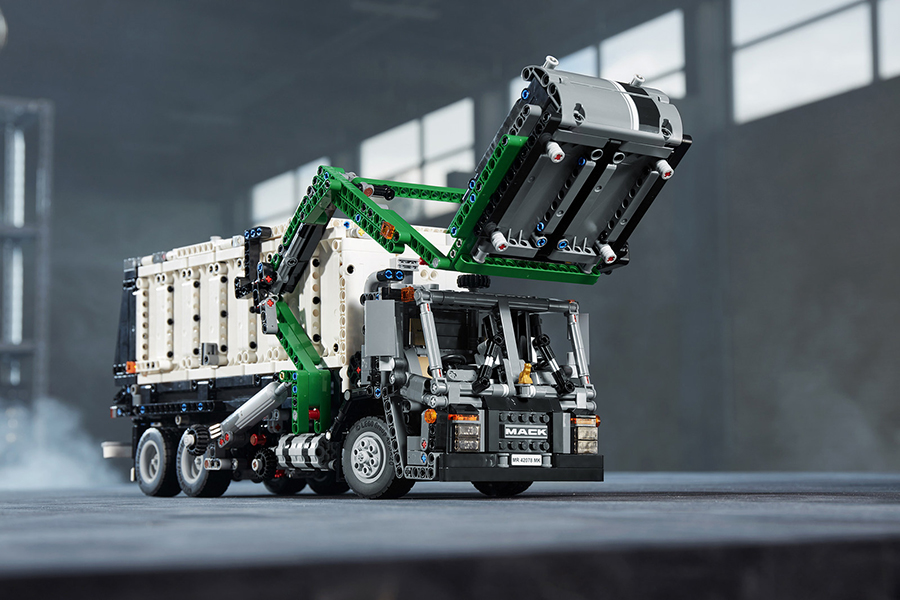