The LEGO® Batman Movie has given us an impressive range of sets over its two wave of releases but none of them compare to the latest set to join the range this November. Behold The Jokers Manor, the clown prince of crime has let himself into Wayne Manor and given it is his own unique makeover. This impressive new set is the largest of The LEGO Batman Movie sets released so far and is packed with detail including a rollercoaster, house of mirrors and Batman’s recording studio, should the Dark Knight need to lay down some sick beats and has he takes on the Joker and Harley Quinn. Set 70922: The Jokers Manor will be available from LEGO Brand Store and shop.LEGO.com from Black Friday, November 24th. Check out this impressive set and its funky line-up of Minifigures below. 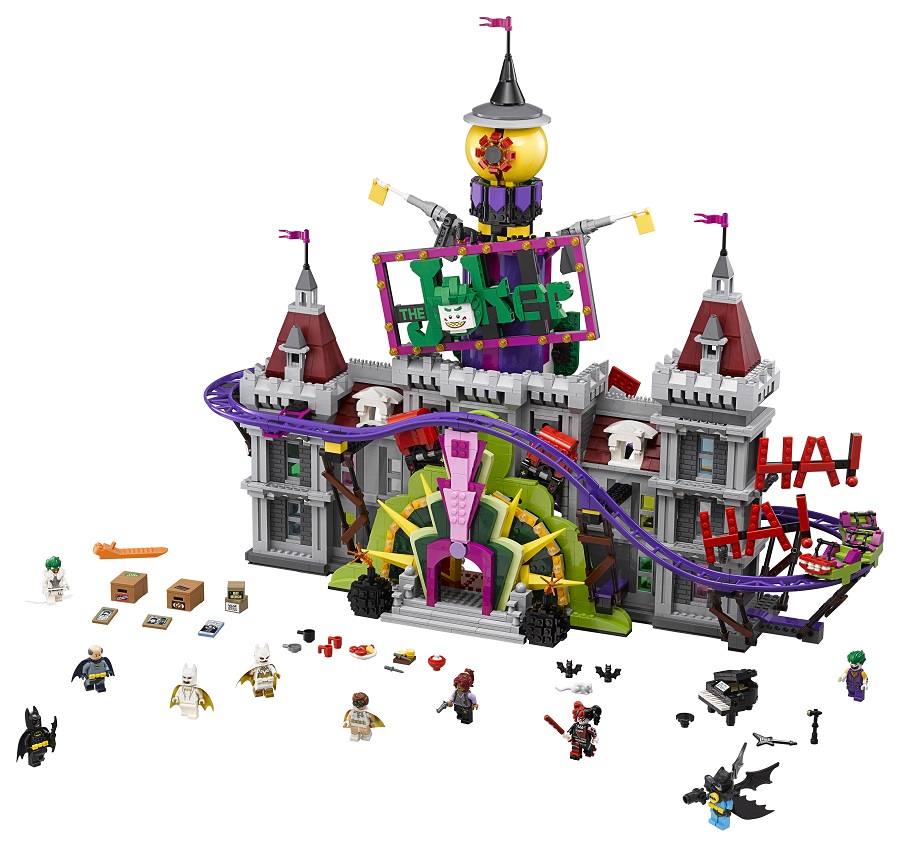 Dare to enter The Joker™ Manor!

Help Batman™, Barbara Gordon, Alfred Pennyworth™ (in his classic Batsuit) and Nightwing™ regain control of the jokerized Wayne Manor with this massive THE LEGO® BATMAN MOVIE set. The Joker™ Manor is packed with iconic details from the movie and cool functions, including a rollercoaster encircling the whole building, a huge buildable The Joker head with trapdoor and slide, punching boxing gloves, a rocking ‘The Joker’ sign and rotating ‘big eye’ tower. The interior includes a cinema room with a romantic DVD element, kitchen with buildable microwave plus lobster and lemon-slice decorated tile elements, living room with a buildable grand piano, fireplace and bust, swimming pool room, and a music studio with guitar element and buildable mixing desk and loudspeakers. Build this magnificent manor and then recreate your favorite scenes from the movie with 10 included minifigures. 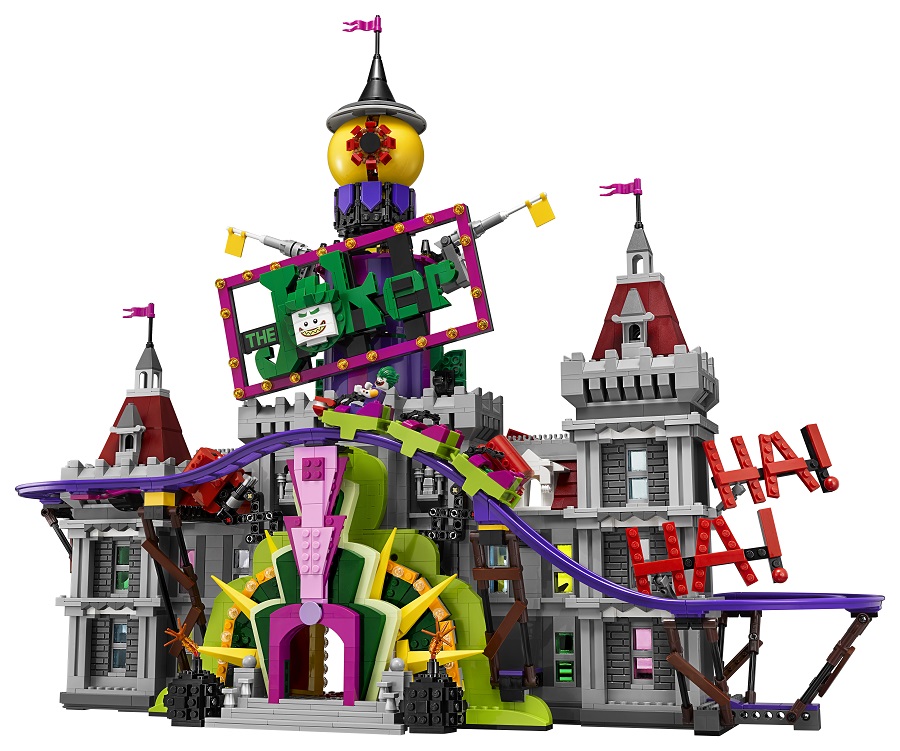 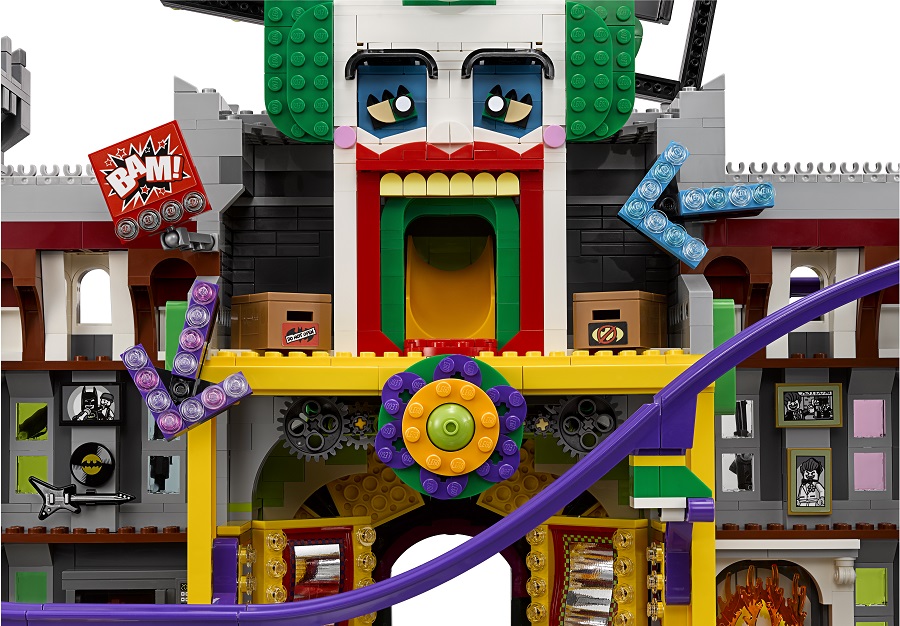 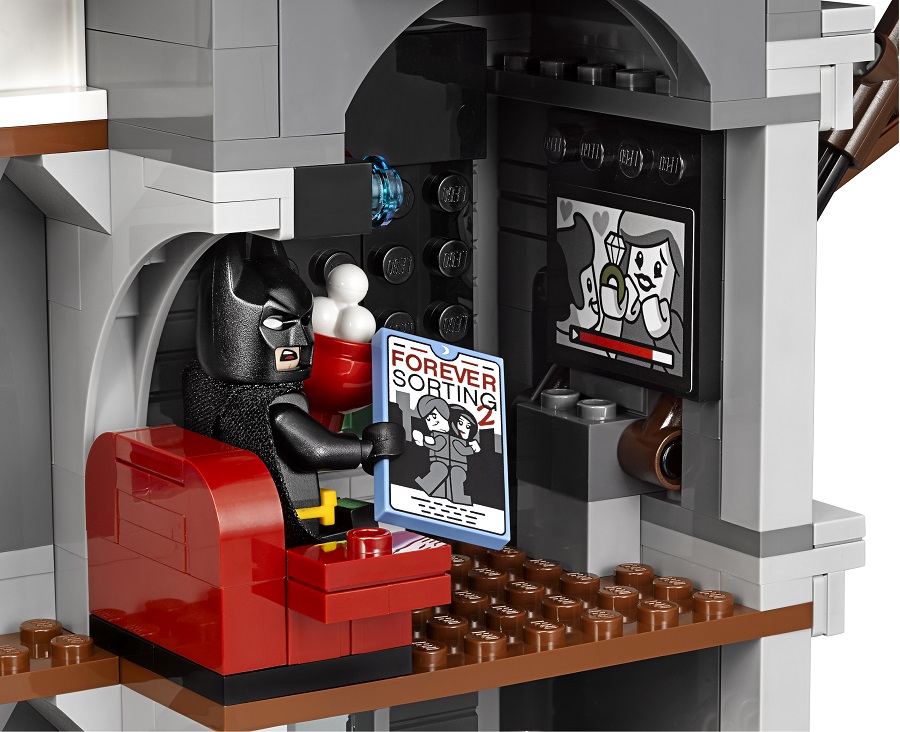 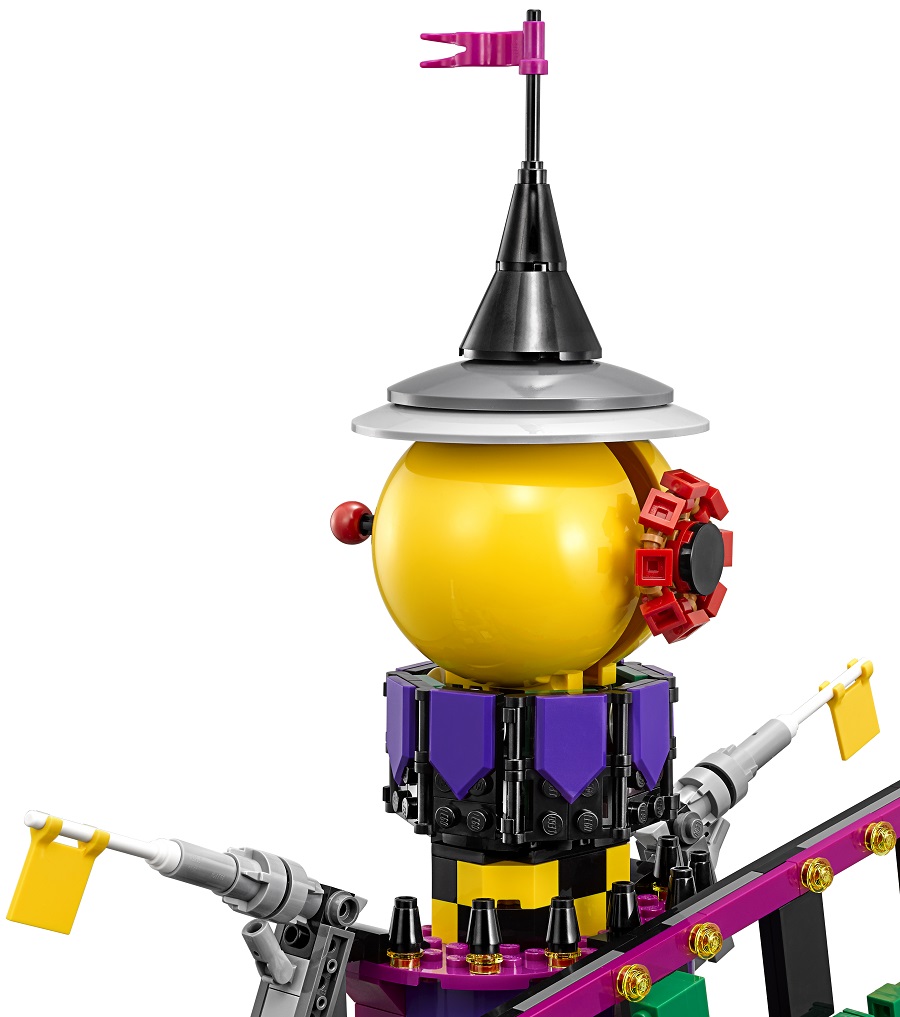 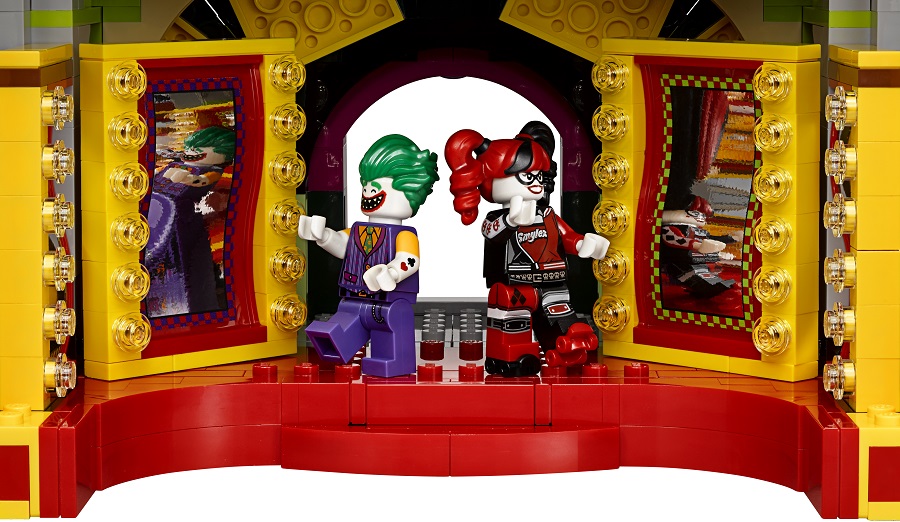