I have a bit of a festive treat for all you lovely BricksFanz out there, over the next few weeks I’ll be bringing you reviews of just about every single set from the upcoming new range based on The LEGO Movie 2: The Second Part. I begin with quite possibly the most anticipated set of the entire range, which just so happens to also be the smallest. Back in 2014 The LEGO Movie reintroduced the much beloved Classic Space theme to a new generation, thanks to intergalactic vehicle loving space chap, Benny. This Classic Spaceman Minifigure was a true call back to those popular minifolk of the 70s and 80s, complete with scuffed decals and a broken chin strap on the helmet – an unfortunate mishap, that occurred widely with the early Spaceman helmets. For The LEGO Movie 2, Benny is back and he’s bringing along a couple of friends this time. 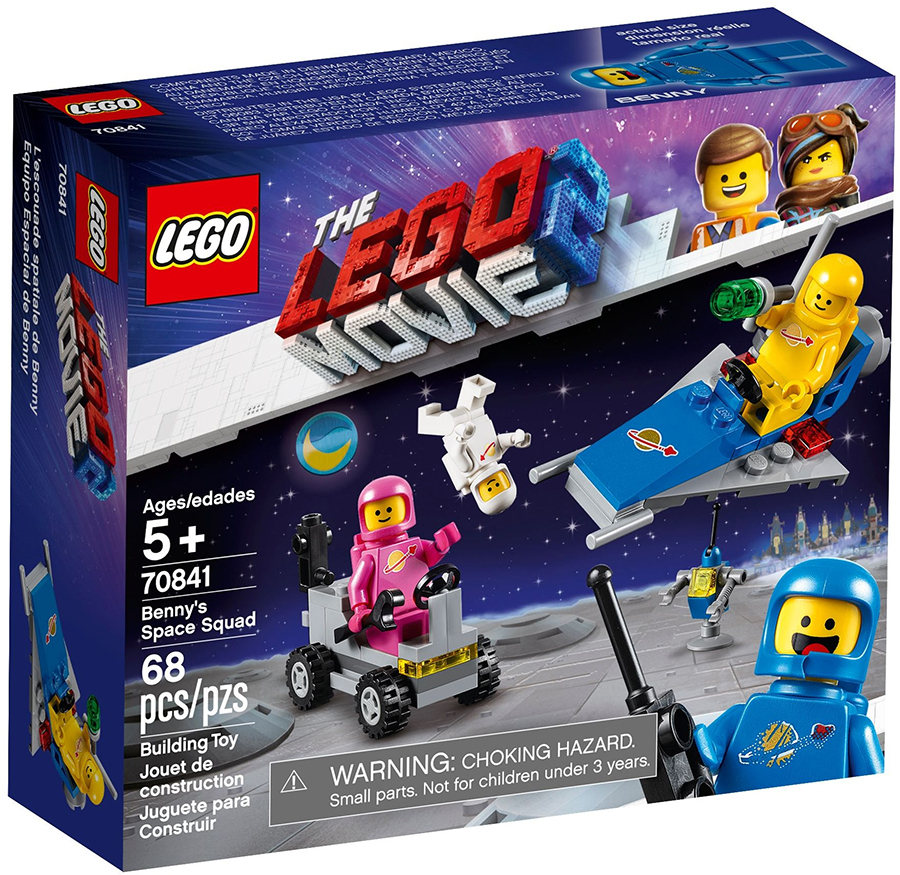 Join forces with THE LEGO® MOVIE 2™ 70841 Benny’s Space Squad for fun adventures in outer space. This action-packed building set features a spaceship toy with a minifigure seat and a lunar buggy with 2 minifigure seats. Role-play scenes from THE LEGO MOVIE 2 with this space toy for kids including 4 LEGO astronaut minifigures with assorted accessories.

Now when I say this is a small set, I’m not kidding beyond the four minifigures featured in the set, you’ll find three very simple builds. These include a space buggy, robot and best of all a mini spaceship. This is the most ‘complex’ of the three builds and has all the DNA of the retro builds it’s inspired by. Complete with a blue space chair element, grey fins and that all important printed slope brick, featuring the Classic Space logo. It’s a fun looking builds which perfectly harks back to the Classic Space sets gone by. I also love how it has a steering, no fancy control systems here just a good old fashion wheel. 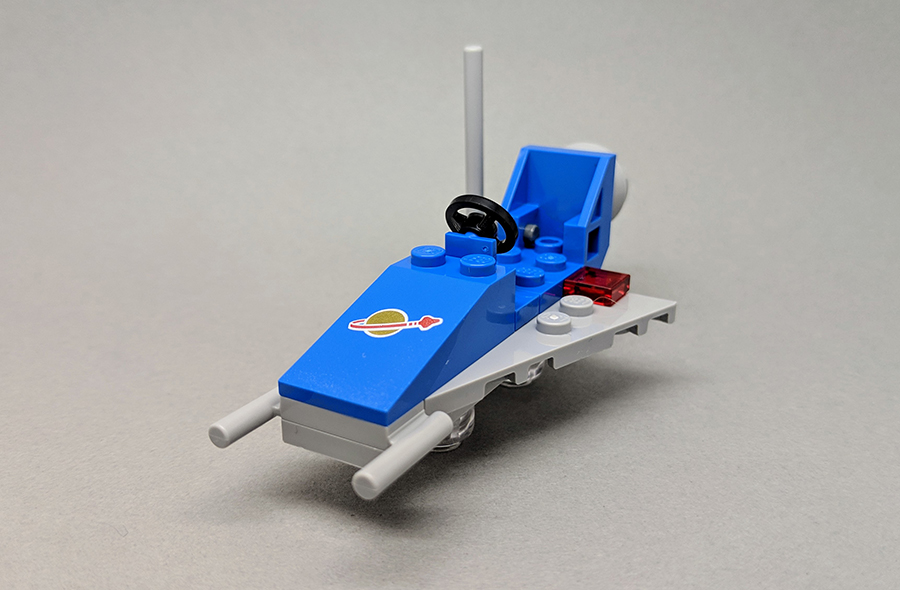 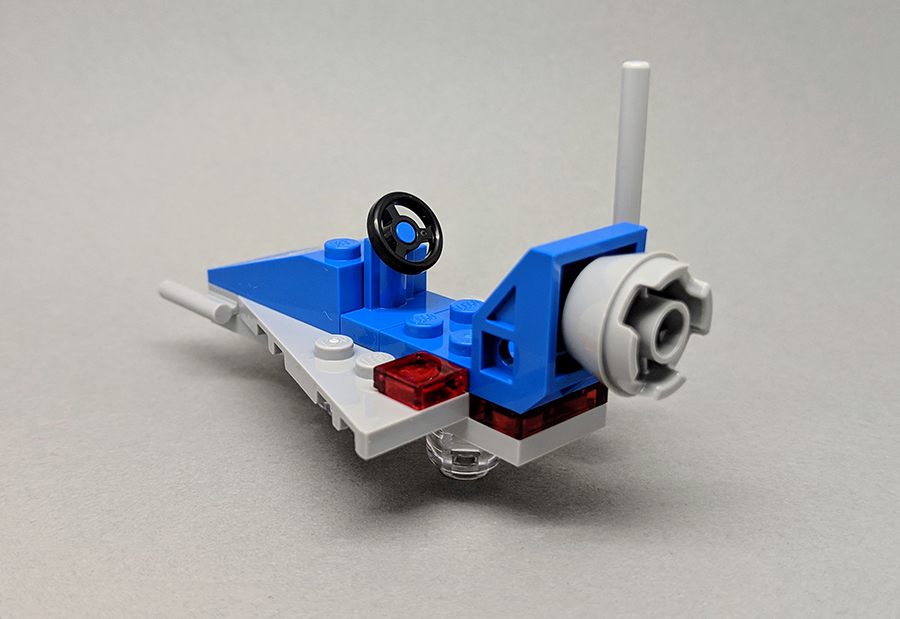 Joining the spaceship is a very basic space buggy. Made mostly from lighter grey elements, this retro looking build does make use of a couple of newer elements in the form of two 2×2 2 stud plates, but it still has a old school look to it. As you can see it is very basic, maybe the slope brick could of been one of the old computer terminals, or the wheel rims could of been red to add a little detail to it. The two clips on the rear of the buggy can be used to store some of the accessories, the minifigures each hold. 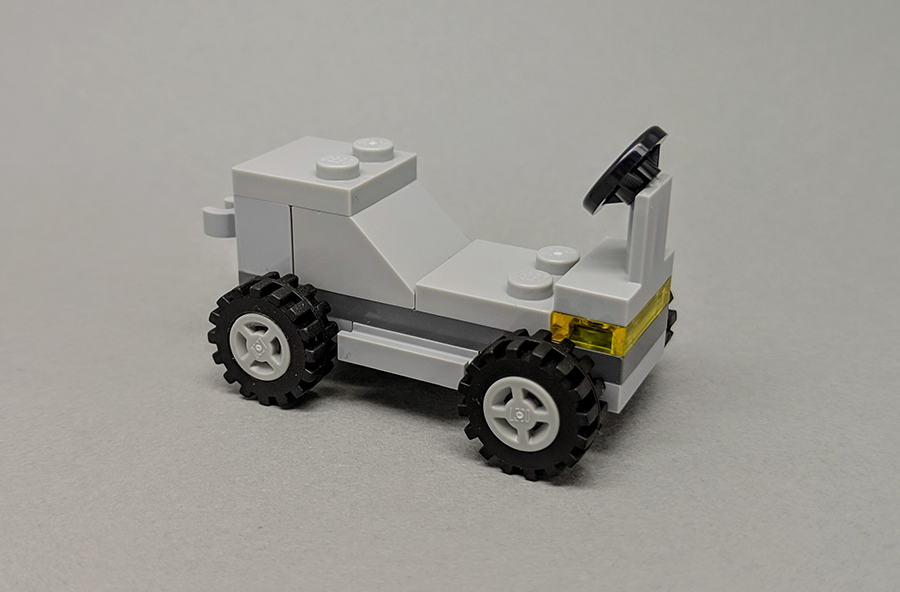 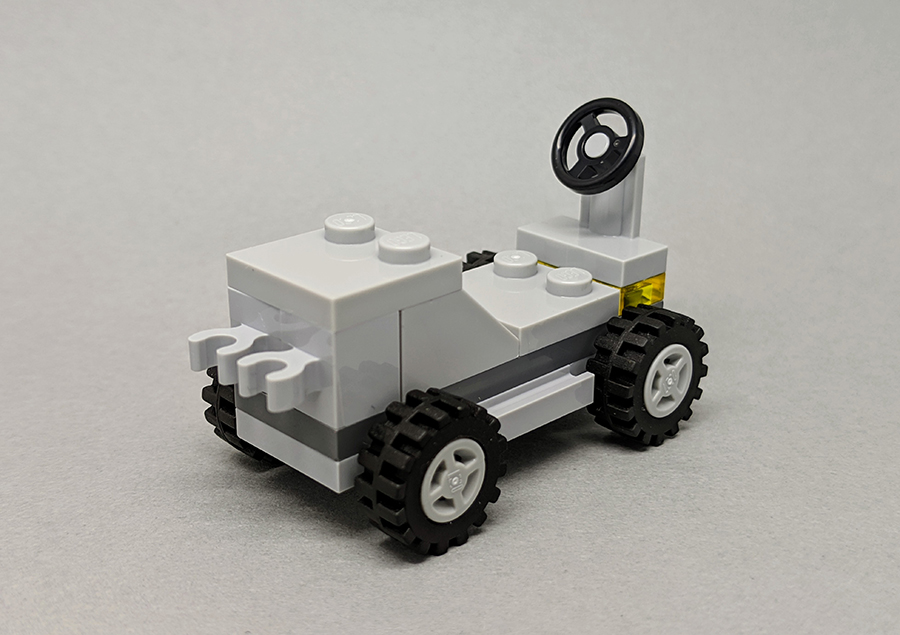 And the smallest part of the build is this tiny space robot. A really simple selection of parts results a fun little bot, in the Classic Space colours. I prefer it more than the buggy, thanks to it being a little more eye-catching. 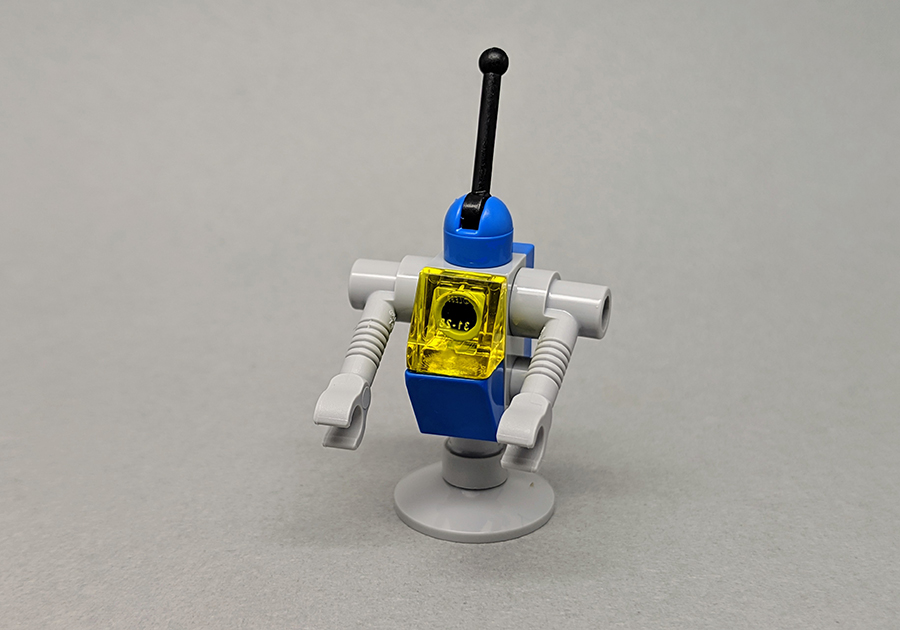 Let’s be honest the main reason this set is wanted so much, isn’t those buildable bit above, it’s the inclusion of four minifigures. These introduce three new characters in the form of Jenny, Kenny and Lenny, plus of course Benny. How these will affect the story of The LEGO Movie 2 is unknown, but who cares you get three new ‘mint condition’ Classic Space minifigures including a new pink version and no that isn’t Jenny. The pink minifigure is Lenny, yellow is Kenny and Jenny is in the white space suit. 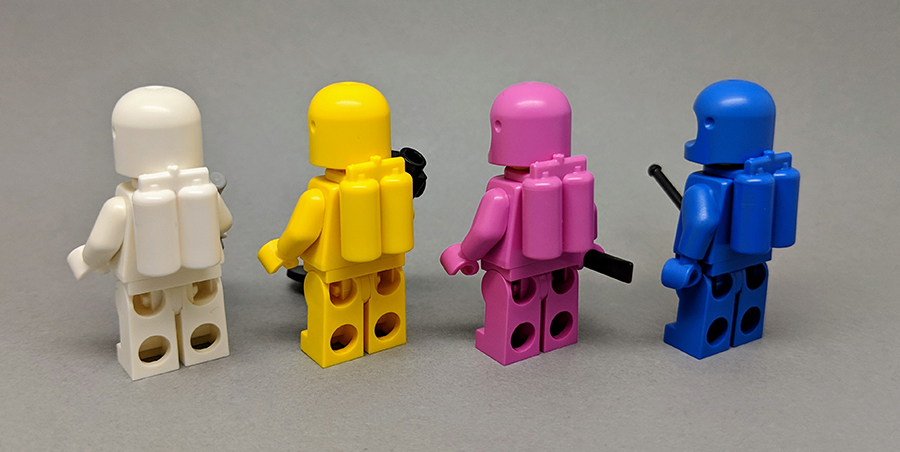 Each of the three new Classic Space minifigures are exactly the same, apart from their coloured suits. So each has a unbroken helmet, oxygen tanks and the classic style face. Plus a ‘mint’ Space logo printed on each torso. Benny still had his broken chin strap, scuffed torso print and a very happy facial expression. Each character also has their own accessory. These include a radio, spanner, metal detector and a retro blaster. Simple but awesome.

Sure it maybe a small set and the minibuilds aren’t overly exciting but the real draw for this set is those excellent minifigures. I can’t wait to see how the crop up in the movie, but even if it’s a fleeting appearance, that’s more than enough of an excuse to have a set with four Classic Space minifigures in it. At just under a tenner the set is also great value as well, which is why I like The LEGO Movie sets so much, although technically a licensed themed, it’s also a LEGO IP so you get great sets, awesome minifigures and they are all fairly priced. This will most certainly be an extremely popular set when released on Boxing Day in the UK and other countries on January 1st.