There is a new LEGO® promotion running, where you can get a brand new LEGO Hidden Side set for free with various spend amounts. That set is the Drag Racer, it’s a fairly small set, but as free gifts go, it’s a decent little set. It’s the second set promotional set to be released as part of the Hidden Side theme and it joins the six new Hidden Side sets released earlier this year. But is it worth spending other LEGO sets to get it free, or is it as gloomy as the ghost of Newbury? Let’s take a closer look at the free LEGO Hidden Side Drag Racer set. 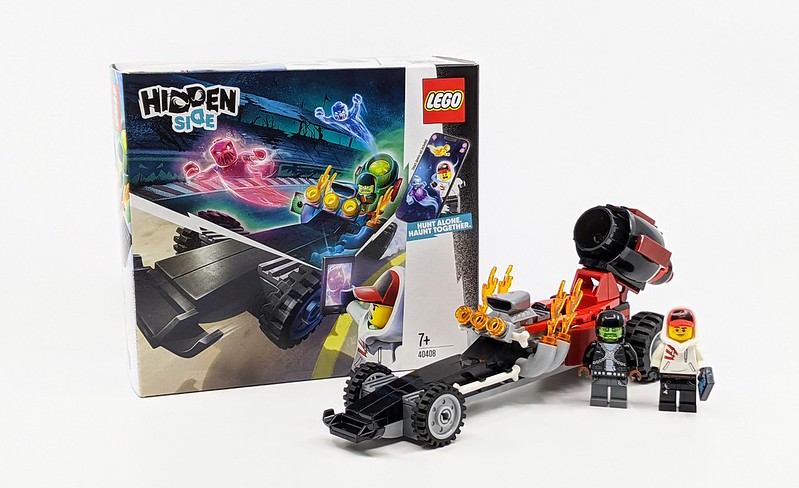 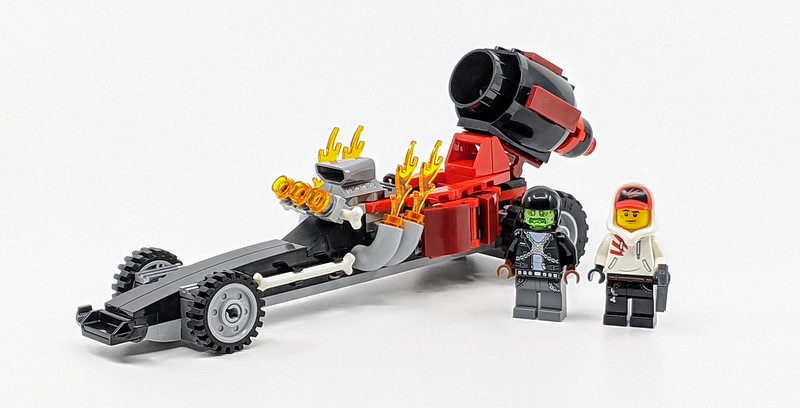 Just like the Juice Bar GWP given away last year, the Drag Racer is a boxed set, which could have got away with being a retail set. It has the classic stylings of a drag racing vehicle, so a long nosed front and a huge engine near the rear. But this is the Hidden Side so it’s also kitted out with some extra hardware. A pair of flamed exhaust pipes lick either side of the Drag Racer and a cannon is mounted to the back of the vehicle. Because of this the engine is a little further forward, but it works nicely, thanks to the exhaust pipes. 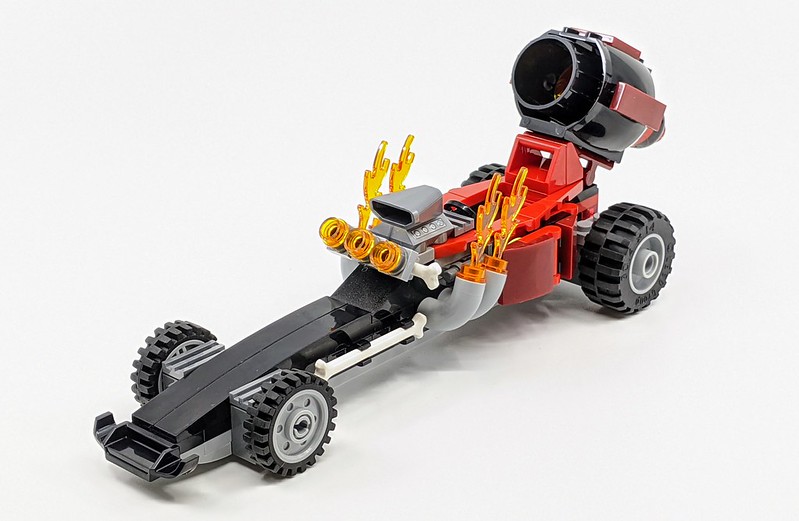 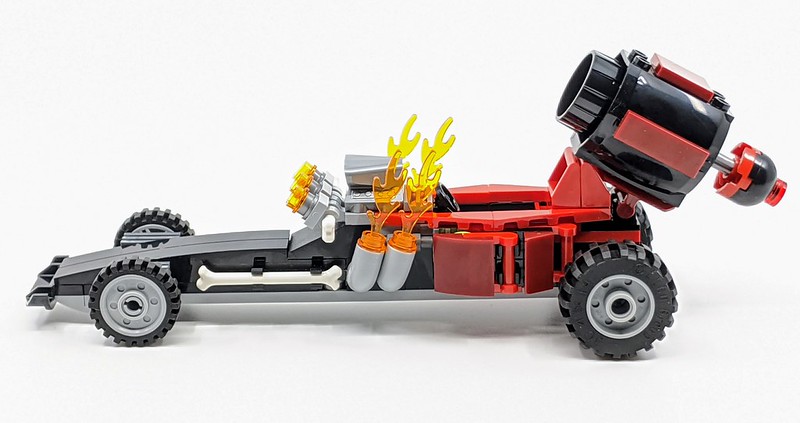 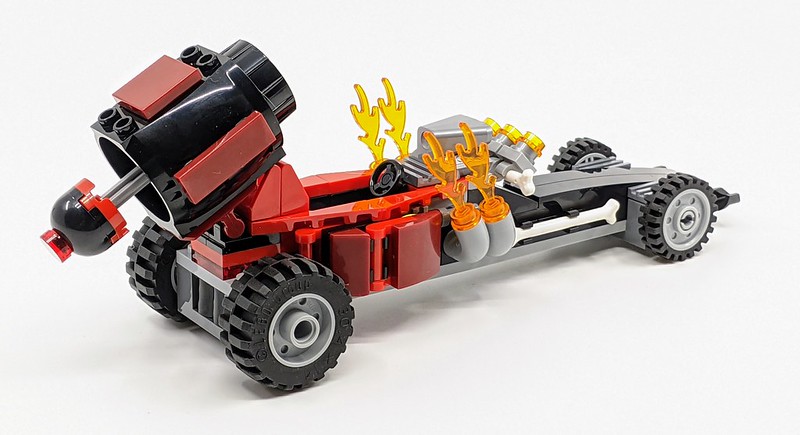 There are other fun little spooky details dotted around the Drag Racer, such as a trio of bones lining the sides of the vehicle, one of which is connected across the front, and is used to click a trio of spotlights. There are also a couple of flaps either side of where the drivers seat is, at first glance these look like just a part of the body of the Drag Racer. However they hide the sets ‘Gloomed’ features, two spooky green eyes. Unlike other Hidden Side sets, the Drag Racer doesn’t have any AR functions, instead you can use the Hidden Side app to detect ghosts hidden within the sets two Minifigures. Although it doesn’t have AR play features, that cannon can be used to launch a Minifigure from. 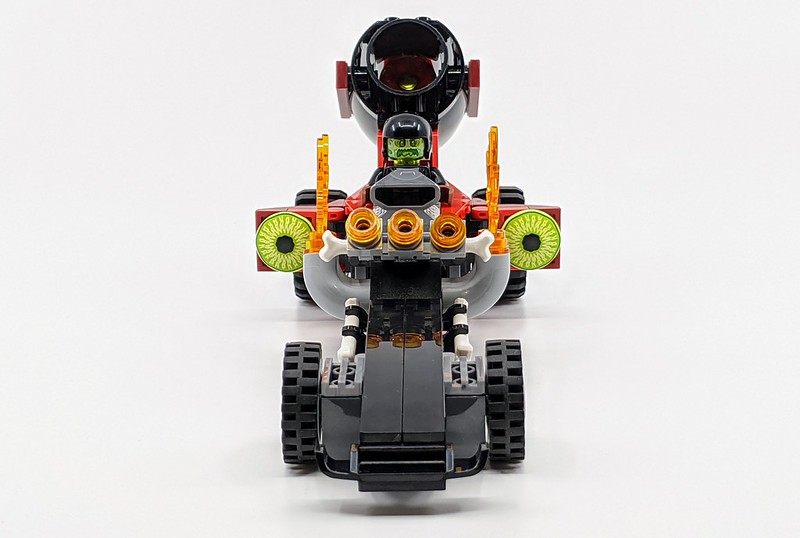 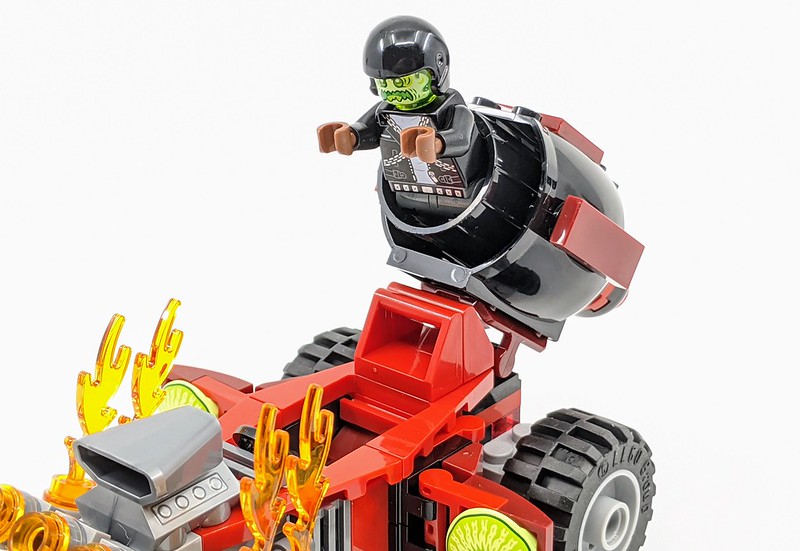 The set only includes two Minifigures – Jack and Biker Dwayne. Both have appeared in previous Hidden Side sets. In fact both Minifigures have appeared on set 70412: El Fuego’s Stunt Truck. So Jack is in his alternate white hoodie outfit, complete with two alternate faces and his trusty ghost catching smartphone. Dwayne is also the same as his other appearance, so he has a classic biker outfit, complete menacing Hares of Havoc biker club crest on the back of his shirt. The printing on Dwayne is excellent. Unlike his other version, Dwayne doesn’t come with a normal head, only a Gloomed one and oddly the beard he gets in the El Fuego’s set isn’t included here. 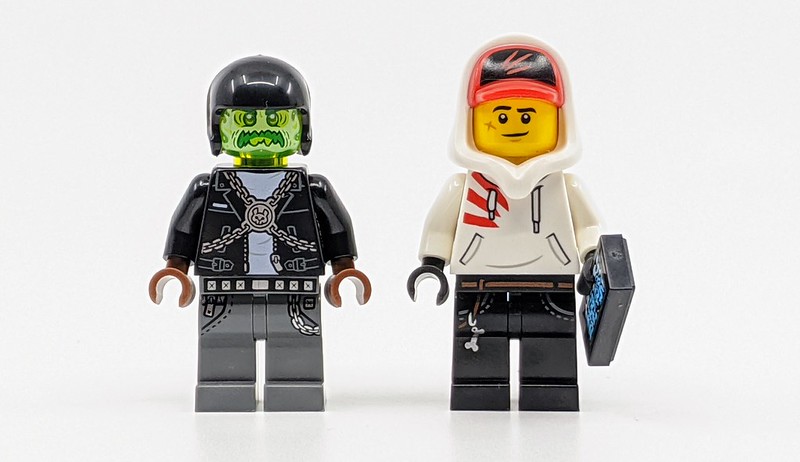 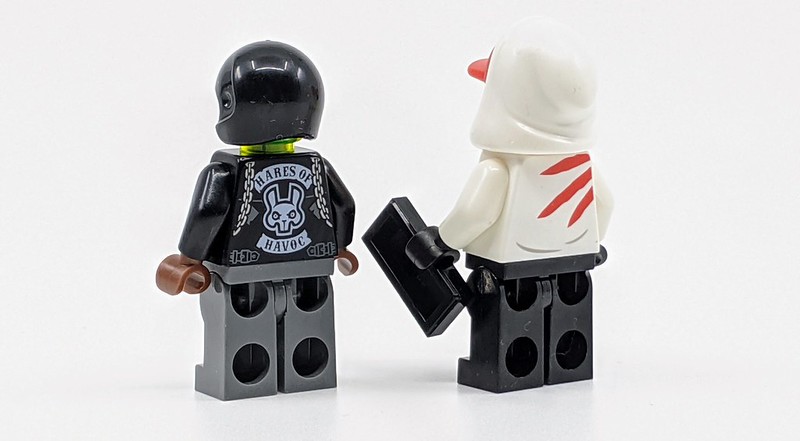 Getting Hidden Side sets into the hands of people who wouldn’t necessary buy any is a great idea however just like the Juice Bar, I feel LEGO missed a trick by not including any AR functions. Although a small set, a simple colour wheel could have been included to allow people to experience the true AR functions of the theme. As mentioned you can scan the Minifigures using the app, but it’s not the same as bringing a set to life, like you can with other Hidden Side sets. Still it’s a LEGO set, it doesn’t need the AR stuff to be enjoyed. As a free gift this is quite a decent little set and certainly worth adding to your Hidden Side collection. 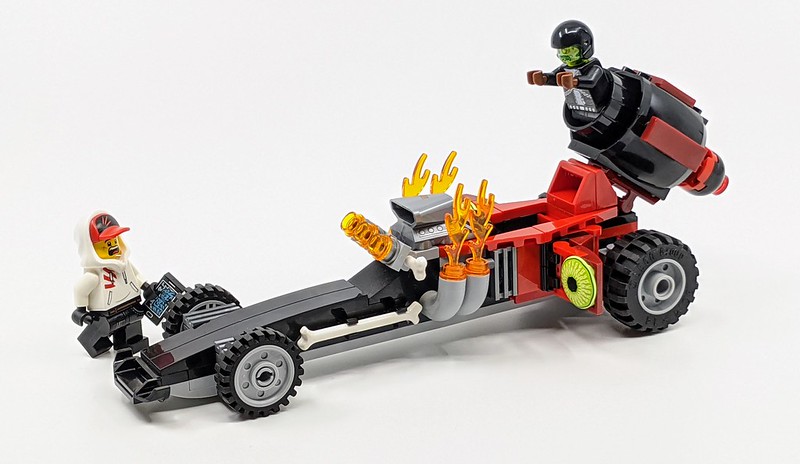