To celebrate the LEGO® Speed Champions expansion pack coming to Forza Horizon 4, I’ve picked up the three sets which are featured in the game. Despite the theme being out for a number of years now, these are the first Speed Champions set I’ve experienced. I already built the McLaren Senna and the Ferrari F40 Competizione. The third and final set is a little different to the others. The vehicle included in the game is the 1967 Mini Cooper S Rally, but this isn’t featured on it’s own, it’s part of a larger set. But for the purposes of this review, I’ll only being taking a look at the Mini, as featured in Forza Horizon 4. 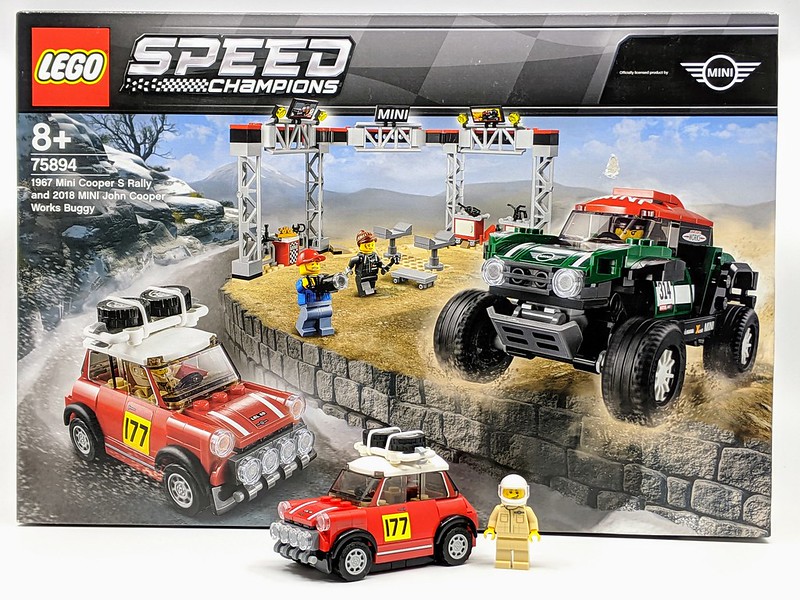 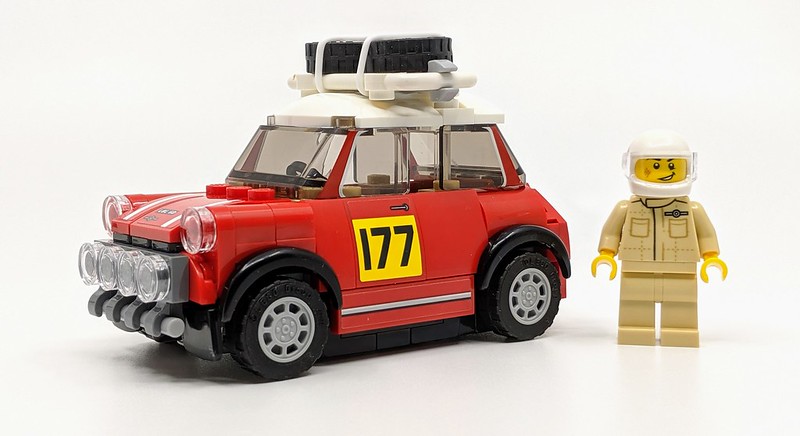 As mentioned above the Mini is part of a larger set, so the actual Mini Cooper Rally S isn’t that complex or large of a build. However it fits in with the same scale as the other LEGO Speed Champions sets. The small size of the car has forced the designers to make great use of elements. There are plenty of small pieces used to create simple details and lines of the car. 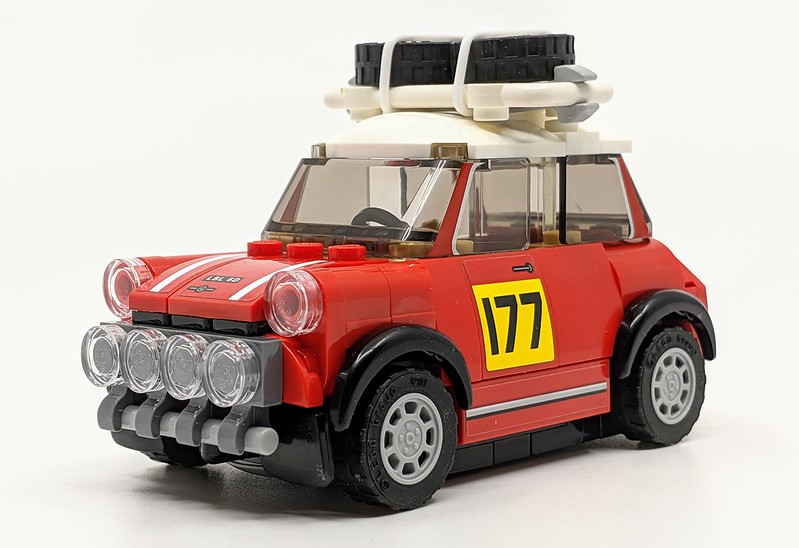 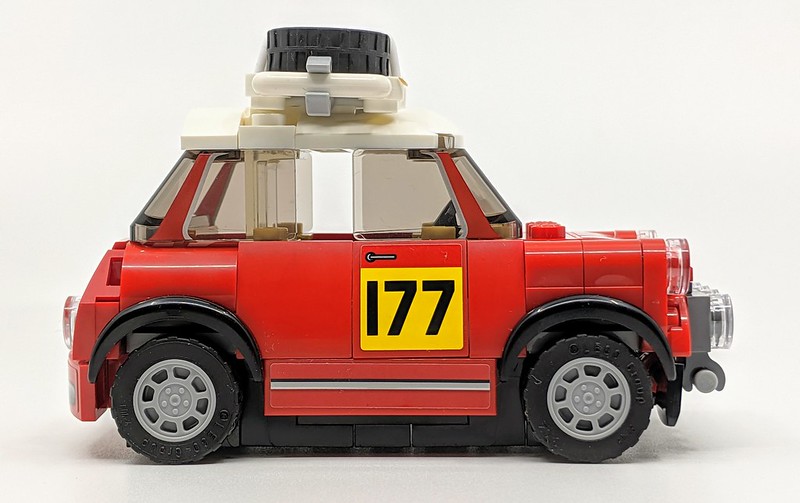 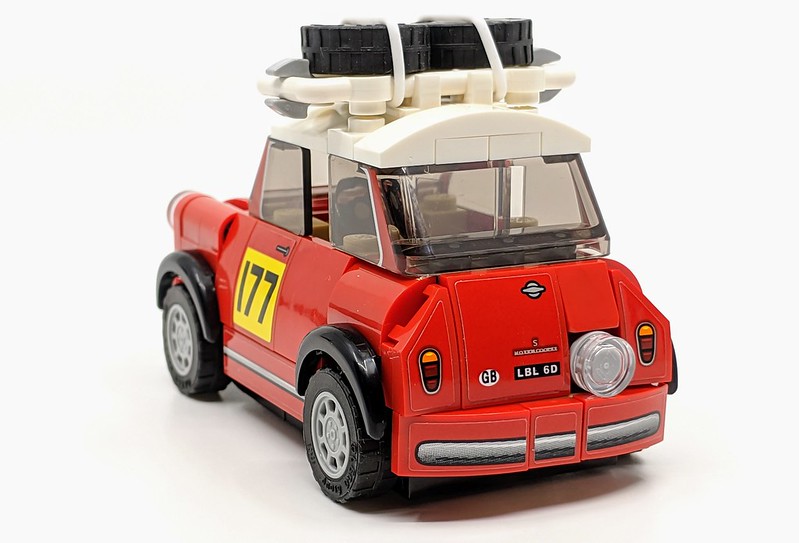 There is a cool little roof rack, which has two spare tires, held in place with a couple of white rubber bands. This sits nicely on the top of the car and adds to the rally ready look of the Mini Cooper. I also like the use of stickers, there aren’t that many and the surfaces they are applied to aren’t fiddly, like some of the other Speed Champions sets. 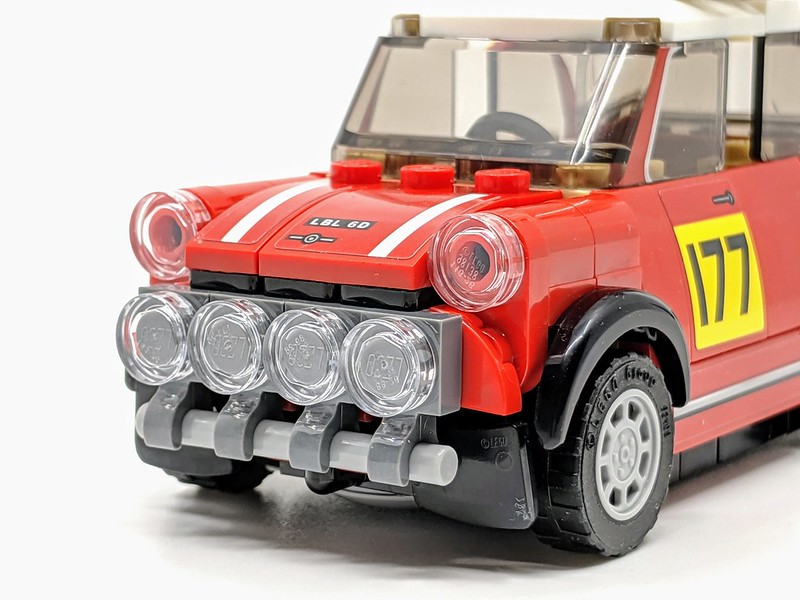 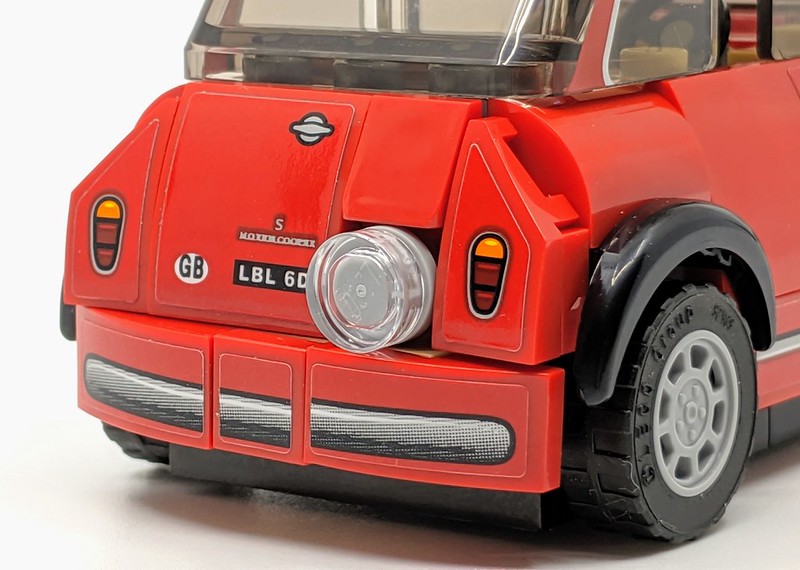 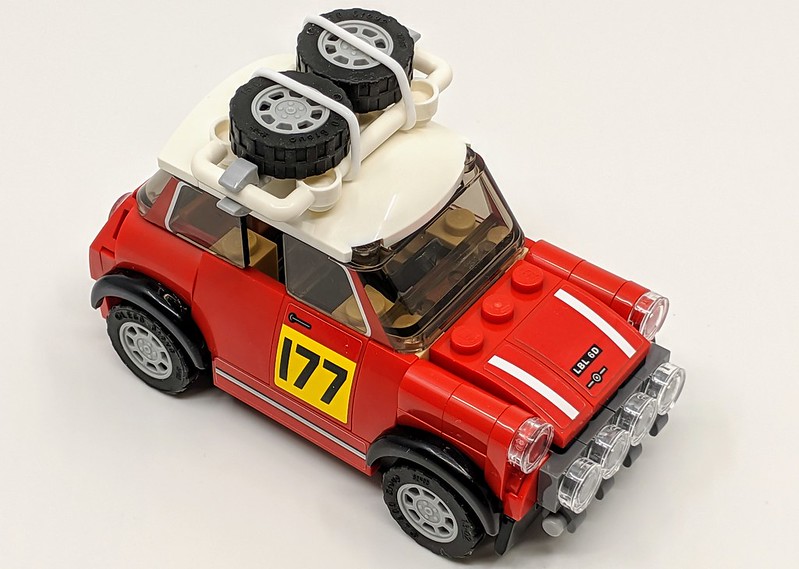 There are a few unique or rare elements in the set, the mini cleavers used for mud flags appears in black for the first time and the black wheel arches are also unique to the Mini. There are also a ‘new for 2019’ shorter brick with plate. This has a shorter lower plate section, which helps to keep the car nice and compact. 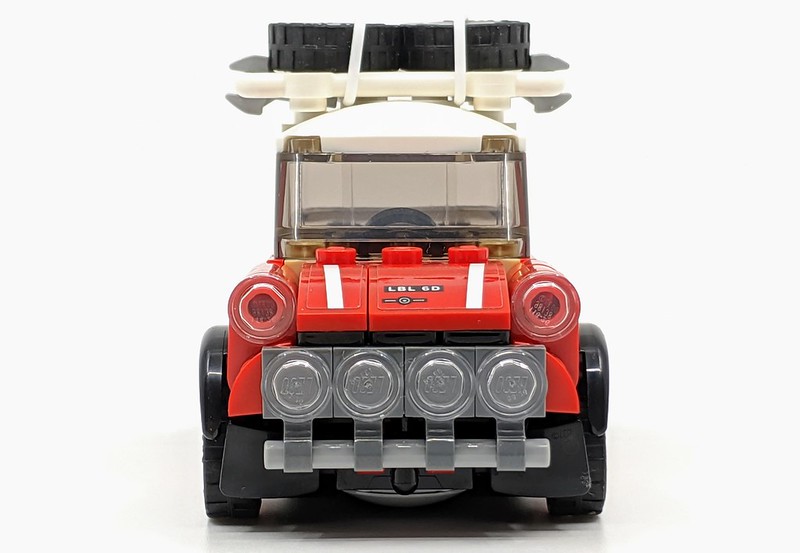 The Mini Cooper Rally S is the first LEGO Speed Champions you get to earn in the Forza Horizon 4 expansion pack. It’s also the best car to use to explore LEGO Valley’s varying landscapes. Unlike the main game, LEGO Valley has allows Playground Games to introduce a number of new areas, from a racetrack to a dusty desert; the Mini is perfect for all. The digital version of the LEGO Mini is a great example of how much detail has been recreated from the physical sets. You can see the LEGO branding on each of the elements and even other little bits and bobs found of LEGO pieces. 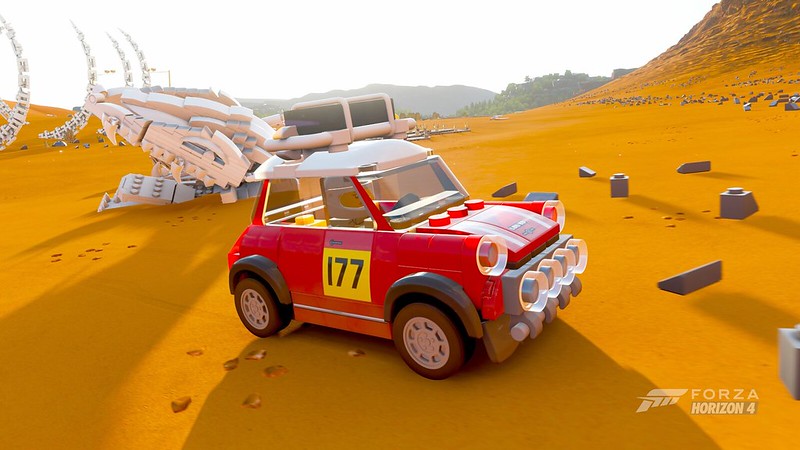 The Minifigure included in the set is a little different to the driver featured in the game. The set version is a male driver in a generic Mini rally suit. In the game the torso is the same but head of the female driver of the Mini John Cooper Works Buggy. So below is the version from the set and how the physical version of the digital driver would look by combining elements from both Minifigures. 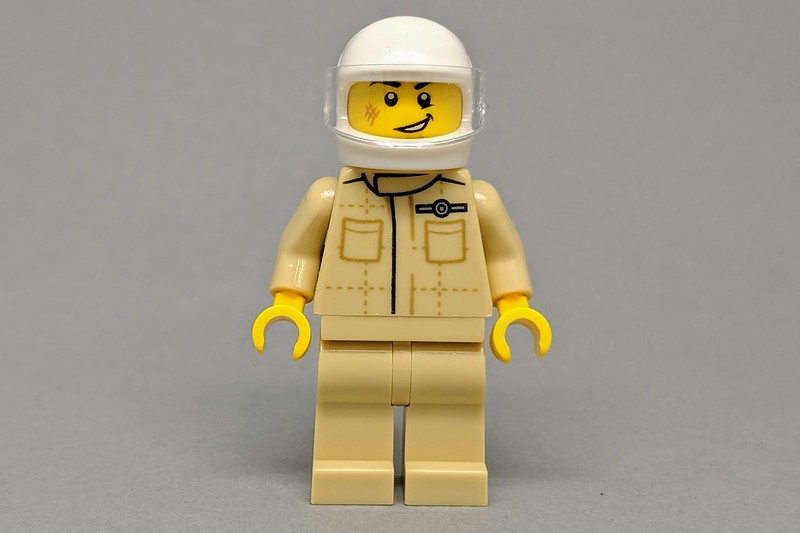 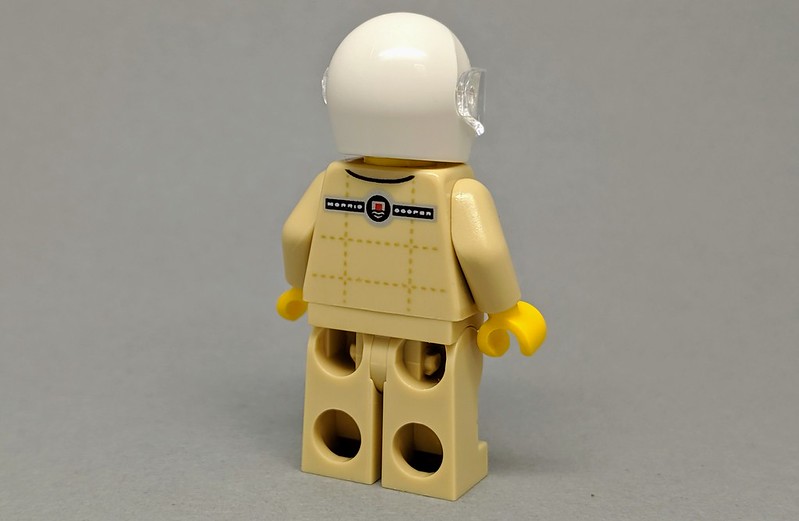 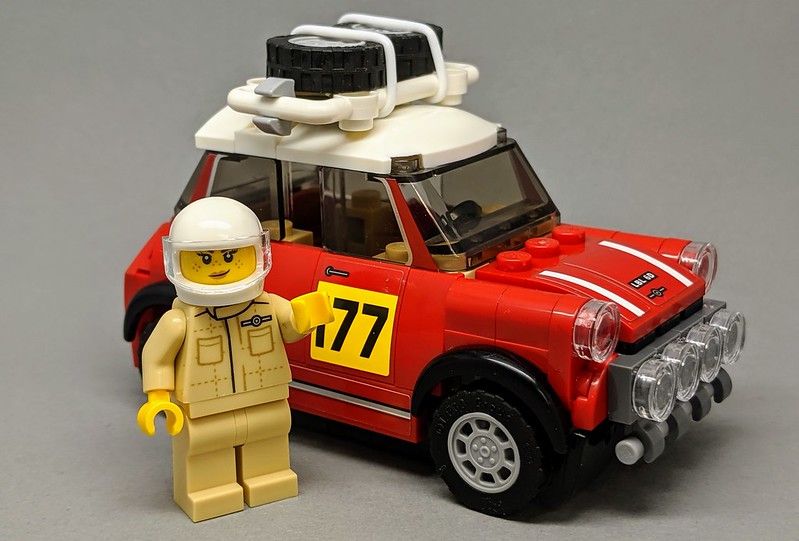 The LEGO Mini is my favourite of the Speed Champions cars to use in the Forza Horizon 4 LEGO expansion. The set is also a great little recreation of an iconic British car. The build is a little more simplistic compared to the other LEGO Speed Champions vehicles, but it is part of a larger set. Even though this is the case, there are still some nice little details. I love the use of meat cleavers as mud flaps and the roof rack is pretty cool as well. Use of usual parts seems to be a running trait with the Speed Champions sets. I’m glad the introduction of the Speed Champions sets to the world of LEGO Games has urged me to finally build some of the sets. They are cool little builds an great little display pieces.