To celebrate the LEGO® Speed Champions expansion pack coming to Forza Horizon 4, I’ve picked up the three sets which are featured in the game. Despite the theme being out for a number of years now, these are the first Speed Champions set I’ve experienced. I already built the McLaren Senna so next to take to the track is the Ferrari F40 Competizione. The set is based on the car, which was created to celebrate the 40th anniversary of the world famous Italian supercar brand. It was also one of the last model designs to be approved by Enzo Ferrari. The Speed Champions version features a 2-in-1 build, with various sections able to be removed and replaced to switch the car from race to road version. So let’s take a closer look. 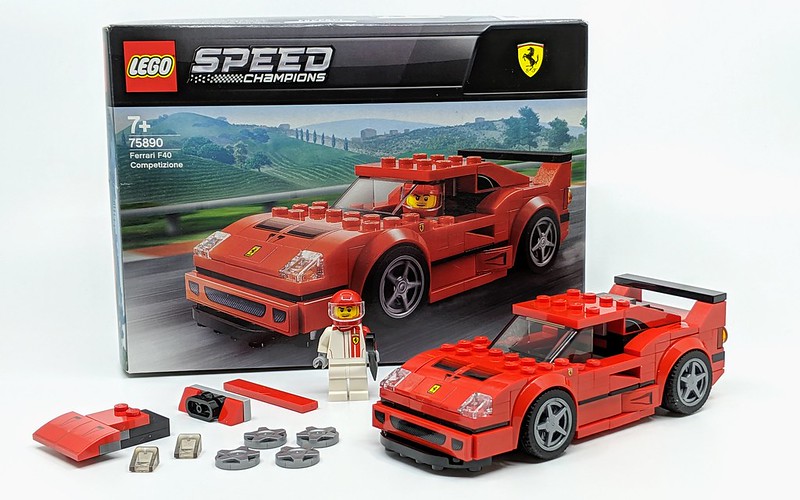 Build, race and display the LEGO® Speed Champions 75890 Ferrari F40 Competizione toy car, then transform it into the classic F40 road car, the last car that Enzo Ferrari oversaw in his lifetime! Packed with authentic details, this 2-in-1 model features a minifigure cockpit with a removable windshield, plus interchangeable hoods and spoilers to turn the Competizione into the road version of the F40. This car toy also includes a Ferrari racing driver minifigure to play out exciting race scenarios.

One of the main things I didn’t expect from the Speed Champions set were their level of detail. The look like any one of the vehicle you’d find in a LEGO City set, but they are definitely  a more complex build. Despite the blocky nature of LEGO bricks, the F40’s unique shape has been recreated well. The use of studless elements certainly helps to add to the car’s curves. The same can be said about the bonnet, due to how this is ‘connected’ it also helps with the cars flow. 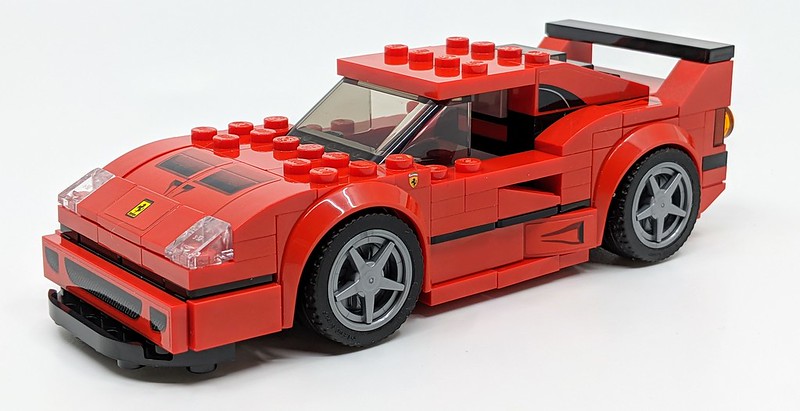 There are a few parts of the F40 which can be switched to turn the car from the race version to the road verison. Switchable sections include the headlights, spoiler, hubcaps, rear exhaust and the bonnet. Most of these changes are merely cosmetic, with most parts switching colours. 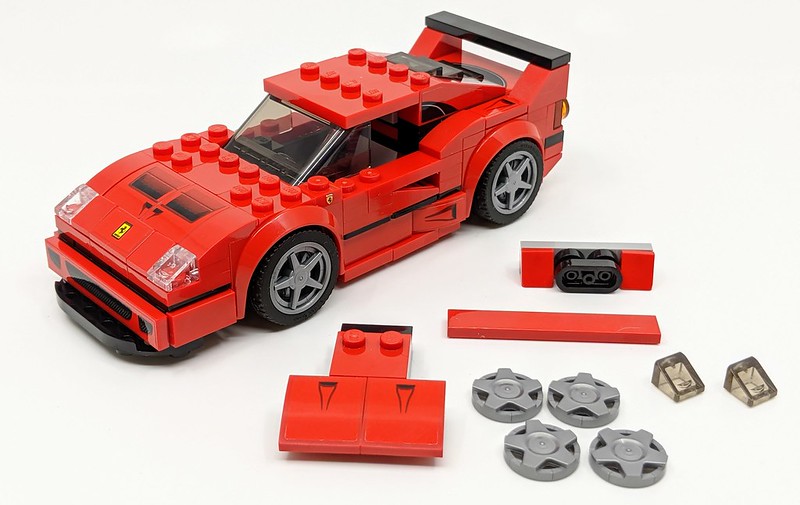 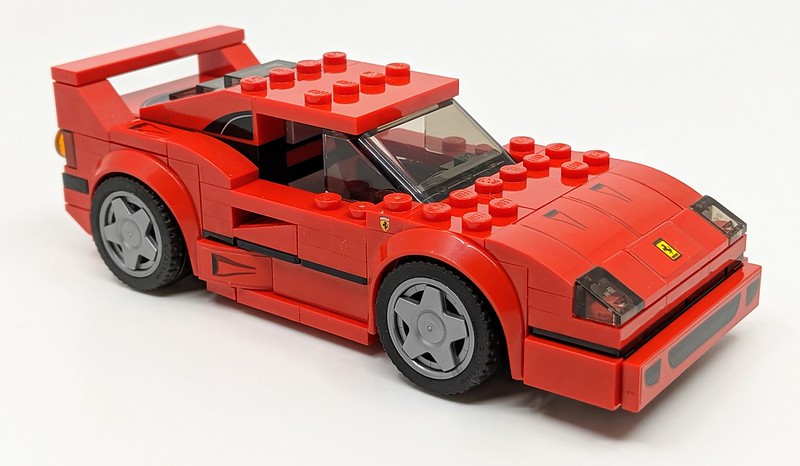 There are a few unique or rare elements in the set, these include a 1×1 plate with a very tiny Ferrari badge printed on it, a black 1×1 plate with a red edge and a Minifigure baseplate in red. Plus a set of wheel hubs, the set has two sets of two designs. Other details are achieved by stickers, thankfully this particular set doesn’t feature too many of them. 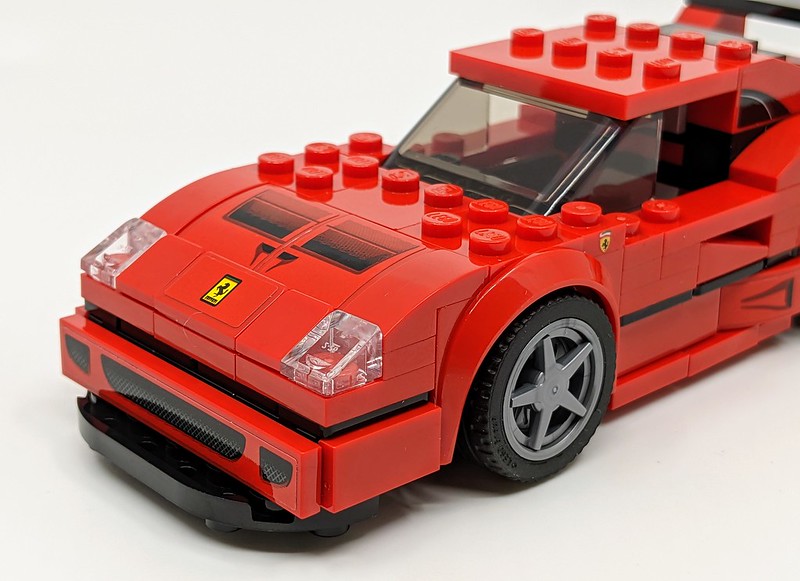 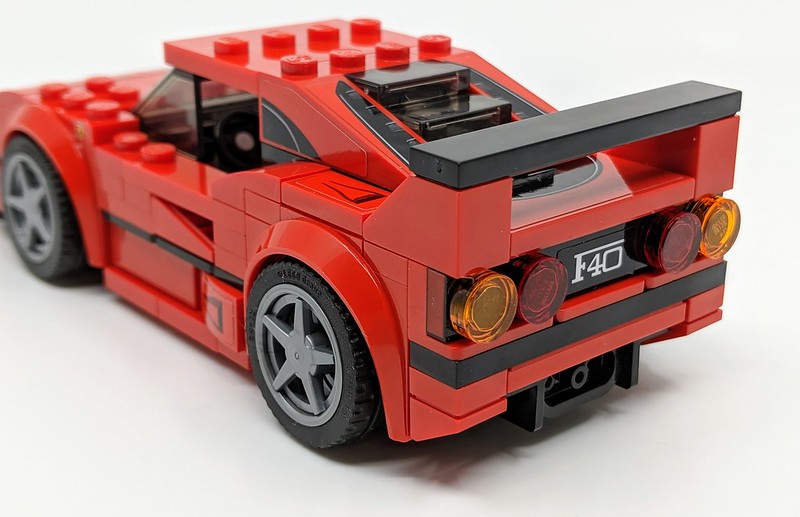 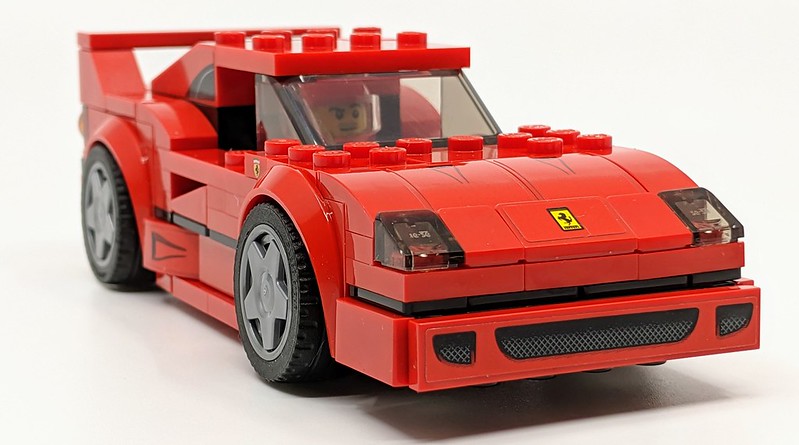 One of the second LEGO Speed Champions cars you earn in Forza Horizon 4 is the Ferrari F40. Just like the other LEGO cars featured in the game, the digital version is a perfect recreation of the physical version. Elements feature production marks and branding as well as decal stickers. It’s a punchy little car to drive in-game and handles quite well although it can be a little twitching at low speed or off-road. 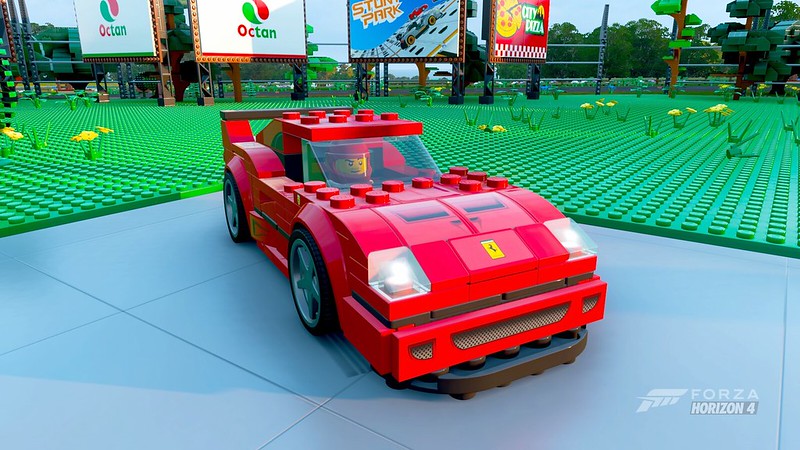 The generic Minifigure is kitted out in a white and red coloured race suit. Just like most other Speed Champions sets, the Minifigure doesn’t appear to be based on any particular driver. The race suit is branded with the Ferrari branding, I quite like the two different coloured arms. It’s not something you see on many Minifigures. 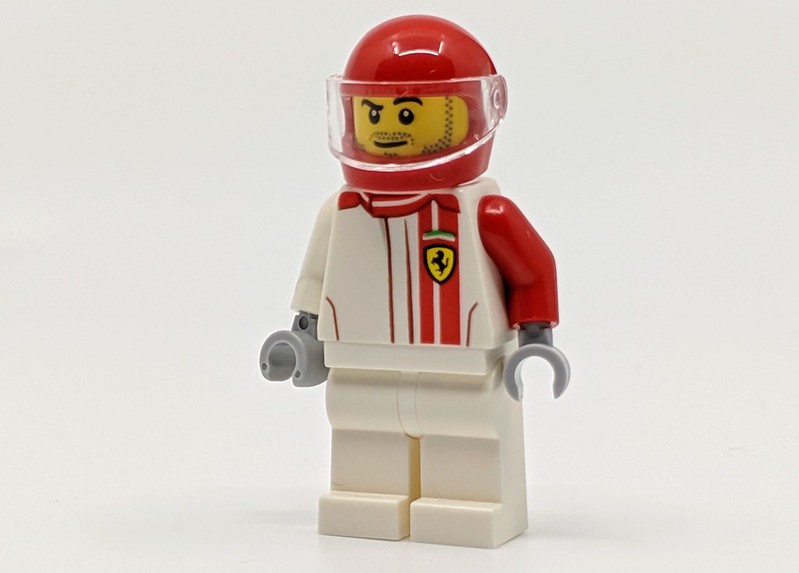 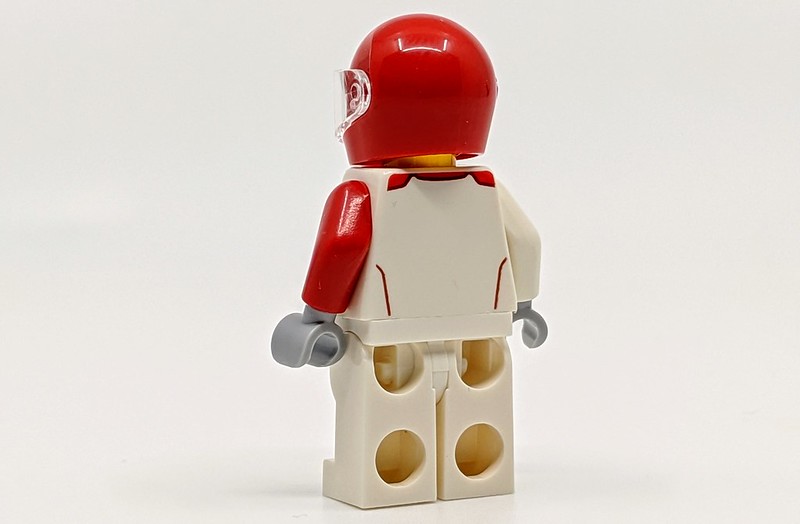 This Speed Champion set is great fun to build, not as complex as the McLaren and also not as detailed, but it still does an impressive job of capturing the essence of its real life counterpart. I like how elements can be switched out to create one of two different versions of the F40. Despite the smaller scale, it’s a pretty detailed little build. I’d certainly recommend giving a Speed Champions set a go, if you haven’t built one before. They are surprisingly fun little sets to put together.