With the home entertainment release of The LEGO® Movie 2 nearly upon us, Warner Bros. Home Entertainment are offering a pretty impressive LEGO prize bundle, which features every single The LEGO Movie 2 set released so far, that includes the recently sets such as The Rexcelsior! There are ten prize bundles up for grabs each including 18 different sets. You’ll you need to do, to be in with a chance of winning, is visit the Warner Bros. UK website and answer a simple question. There’s also a competition to win a family trip to the National Space Centre in Leicester. The LEGO® Movie 2: The Second Part will be available on DVD, Blu-ra, 4K Ultra HD, 3D Blu-Ray and Digital Download from Monday June 3rd. You can pre-order a copy now from Amazon.

Update: It seems Warner Bros. have temporarily removed the competition from their site. However there are other competitions to enter, including the Space Centre one. 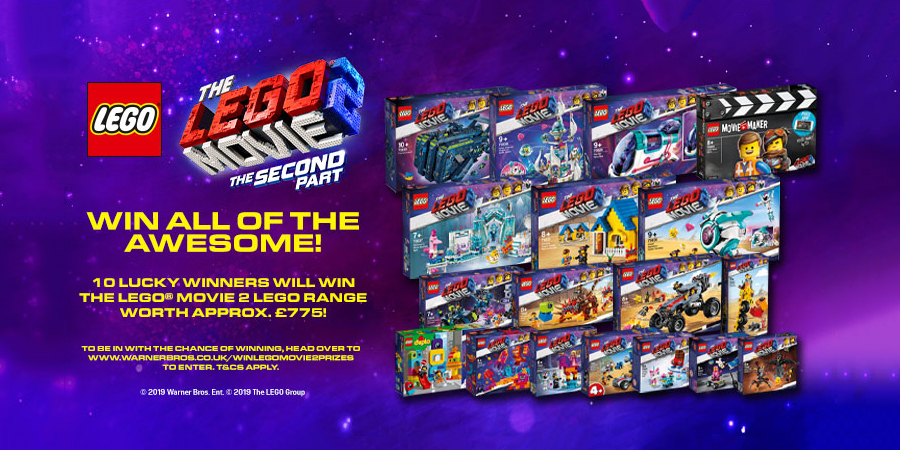