Why Everyone Is Awesome Is So Important

Home » Features » Why Everyone Is Awesome Is So Important

Last week the LEGO Group introduced a colourful new set that celebrates the fact that Everyone is Awesome. The set is designed to celebrate the diversity of LEGO® fans and the world around them. The buildable display model is inspired by the iconic rainbow flag which is used as a symbol of love and acceptance by the LGBTQIA+ community. The sets reveal was largely meet with extremely positive reactions from the LEGO community and far beyond. I’m proud to say that from my coverage of the set, there has only been a single stupid comment. But as much as I’m a LEGO fan who can appreciate the joy this set will bring and its importance to those in the LGBTQIA+ community, it’s not a community I’m a part of. Therefore I wanted to share the voice of someone who is. Alan aka ItsABrickThing is a LEGO fan and part of the LGBTQIA+ community and here he shares why the Everyone is Awesome set is far more than a colourful collection of Minifigures and bricks. 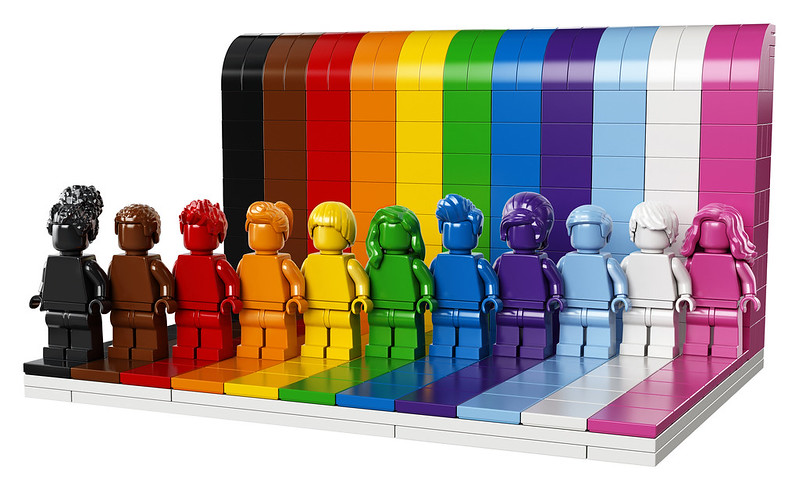 I was lucky enough to have a great childhood with beautiful parents but that didn’t make coming out as gay to them any easier, it was scary to even think about saying those words to these two important people in my life. Sadly not every young person has the parents I have and coming out for them can be so much harder.

Having this iconic LEGO set be released is amazing to see how the world has changed. This set is something special that young people and parents can look at and see that being anything other than straight is actually ok.

For this set being plain Minifigures and colours so simply done, this set can educate people and have a huge impact on children and adults everywhere about LGBTQIA and Pride. That is unbelievably important. Using the Pride flag to show that everyone is different and include people from all aspects of the LGBTQIA+ community is just a wonderful thing. And this is not an agenda or a political statement from The LEGO Group, it is to show that they stand by the equality and the Pride community.

I have been overjoyed reading articles about this set from so many influential people and some are not directly in the rainbow but are allies to the cause. Allies who stand with the Pride community, allies who want to educate their children about Pride. These are the people that can put a stop to future generations experiencing phobia just because they are LGBTQIA+.

Matthew Ashton didn’t just design this set, He just made a huge iconic impact on the world and I am so grateful to him for doing this. Yes, The LEGO Group are the front for this set but Matthew has been the driving force behind it and that is incredibly important to know how he represents the LGBTQIA+ community and more so that The LEGO Group stands by him and what he represents.

I want to thank Al for taking the time to share his thoughts about the Everyone is Awesome set. You can check out my review of the it here and you’ll be able to pick the set up from June 1st. 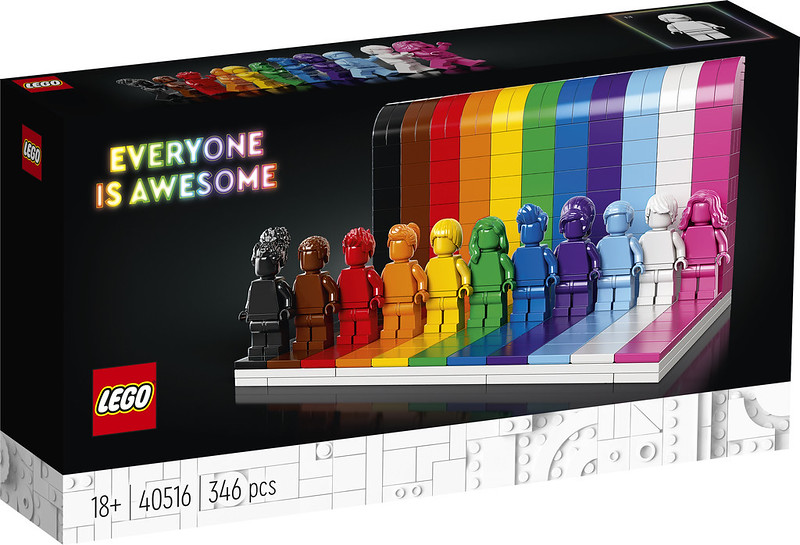