What Could The Future Hold For LEGO Games

Home » Features » What Could The Future Hold For LEGO Games

2019 has been the first year in a long time, which has seen no LEGO® games released by TT Games. Their next title has been revealed as LEGO Star Wars: The Skywalker Saga, but it has yet to get a release date beyond 2020. TT Games may have been a little quiet, but we have still seen LEGO titles releases by other developers. These have included a Speed Champions expansion for Forza Horizon 4, a LEGO-themed spin-off of Tiny Towers and Apple Arcade exclusives, a Builder’s Journey and LEGO Brawls. But what will this year hold for LEGO Games? As mentioned we’ll be getting LEGO Star Wars: The Skywalker Saga from TT Games along with LEGO Star Wars Battles from their new mobile focused studio, in early 2020 and Gameloft will finally be releasing LEGO Legacy from Gameloft. So where can LEGO Games go next? Here’s a speculative round-up of where the wonderful LEGO Games could head next.

LEGO Star Wars The Skywalker Saga is proof that past games can be revisited but not necessarily as HD collections. The LEGO Marvel games are extremely popular so just imagine a game which spans the entire Infinity Saga. That’s 22 films worth of content, with each level focused on a different Marvel movie. The MCU has an amazing array of characters and stories, all of which would create an amazing interwoven LEGO adventure. 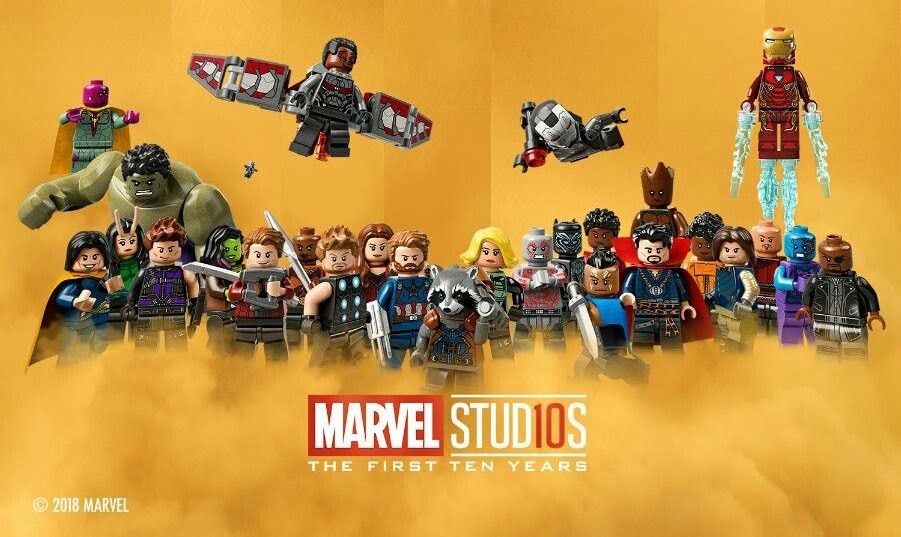 Rumours suggest the world of Fast and Furious will inspire an upcoming LEGO set. So a video game could also be a possibility. The Speed Champions content for Forza has proven a LEGO racing title would be great fun, mix that with the various action elements of the Furious films and it’s a perfect LEGO Games adventure. Plus a more kid friendly spin-off of the film, called Fast and Furious Spy Racers will soon arrive on Netflix

We’ve had two LEGO Harry Potter games, both of which also had an HD re-release. We’ve also had Harry Potter and Fantastic Beasts content for LEGO Dimensions. So a game which spans the entire Wizarding World movies universe, fully voiced and using the modern day LEGO game engine would be a popular choice. Plus the various films would lend themselves well to the structure of a LEGO game as well as offering a great open world to explore.

We got a taste of what a LEGO Doctor Who game could be like thanks to LEGO Dimensions, but imagine a full on adventure spanning over 50 years of the Doctor Who TV. There are plenty of monsters and characters to play as not to mention The Doctor him/herself. The notion of Time Travel would be perfect for a LEGO game, allowing levels to take place anywhere and at any time!

LEGO Back to the Future

Like many of ideas on this list Back to the Future has already been visited by LEGO Dimensions. But only the surface of the trilogy of films have been touched upon by the LEGO Dimensions Level Pack. Three seperate movies would offer a unique set of worlds to play through, plus Back to the Future is celebrating its 35th anniversary in 2020 and it’s also a Universal property, who are working very closely with LEGO on a number of projects.

LEGO City Undercover remains one of the most fun LEGO Games, mainly thanks to being an original idea based on a non-licensed LEGO IP. After first appearing exclusively on Nintendo Wii U, it has since been ported to other consoles and enjoyed by an even wider audience. It may not have the appeal of games based on known characters, but there is a fanbase there who would love a sequel. In order to keep things fresh, a follow-up could be based on the Nickelodeon animated series LEGO City Adventures.

Lightbrick Studio are a brand new dev team created in house at the LEGO Group. Their first title is the recently released Builder’s Journey. This is a delightfully unique LEGO title, which unfortunately is only playable on Apple Arcade. Hopefully Builder’s Journey will expand to further platforms and I look forward to seeing what Lightbrick Studio are working on next.

What do you think we will see after LEGO Star Wars: The Skywalker Saga? Let us know in the comments below.