Every few years DK Books release one of their definitive LEGO® coffee table books, in the past these have given us LEGO Minifigures Year By Year: A Visual History, Great LEGO Sets: A Visual History and LEGO Architecture: The Visual Guide. This year to coincide with the 40th Anniversary, LEGO Star Wars is the focus of DK Books’ latest release. With almost 20 years worth of sets and minifigures to tap into, the book has a rich history to cover. So lets take a closer look at Ultimate LEGO Star Wars.

The definitive guide to the LEGO® Star Wars™ universe, showcasing the vast collection of LEGO Star Wars sets and minifigures released over the last 20 years.

This is a complete, unrivalled encyclopedia of the LEGO Star Wars theme. Fans will have an all-encompassing companion to the LEGO Star Wars cultural phenomenon. Produced in large format and featuring beautiful imagery, this is an indispensable guide for young fans and a stunning reference work for adults. With behind-the-scenes material, it tells the complete story of LEGO Star Wars, from the earliest concepts in the late 1990s to the creation of the most recent sets for The Force Awakens™ and Rogue One™. Created with the LEGO Star Wars team. 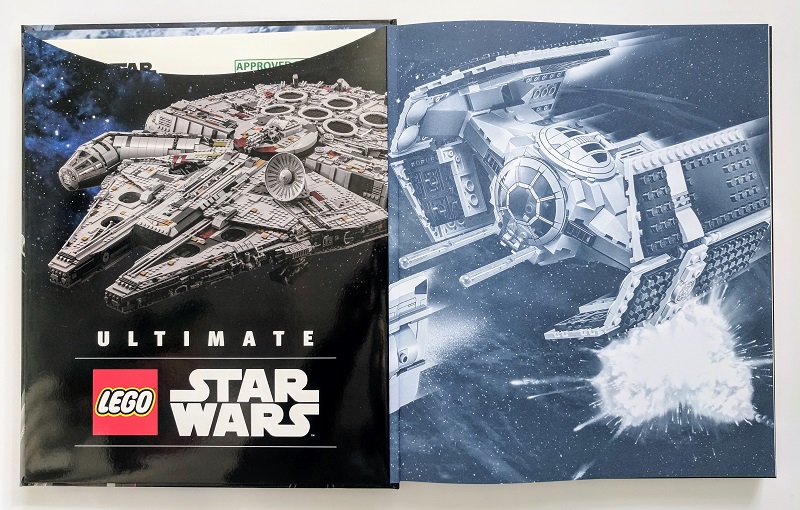 Over the last 18 years the world of LEGO and the Star Wars universe has become the best of friends. Not only was Star Wars one of the first licensed brands to become a LEGO set, the partnership with Lucasfilm is credited with turning the LEGO Group’s fortunes around. It’s even resulted in a number of animated spin-offs and even helped create the much-loved LEGO Games series. So there’s plenty of stuff for the book to cover. 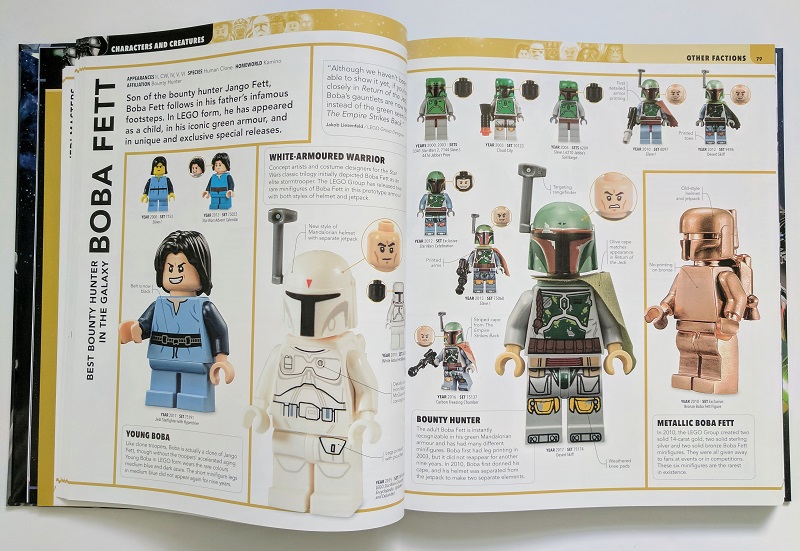 The book covers every aspect of the LEGO Star Wars theme, including Characters, Creatures, Locations, Equipment and Vehicles. Each section is filled with detailed images and plenty of information about them. This includes things like characters, vehicles and locations plus their connection to the Star Wars timeline, which area of the LEGO Star Wars theme they belong to and set numbers. Vehicles also carry additional information like manufactures and model type. 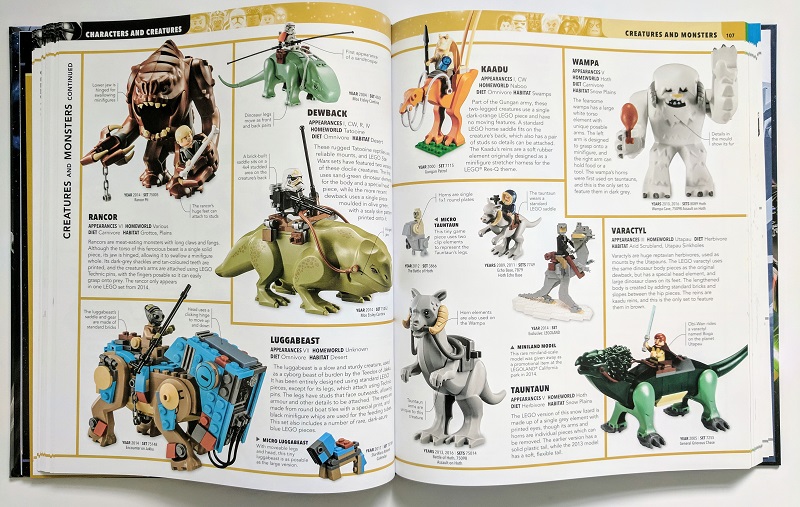 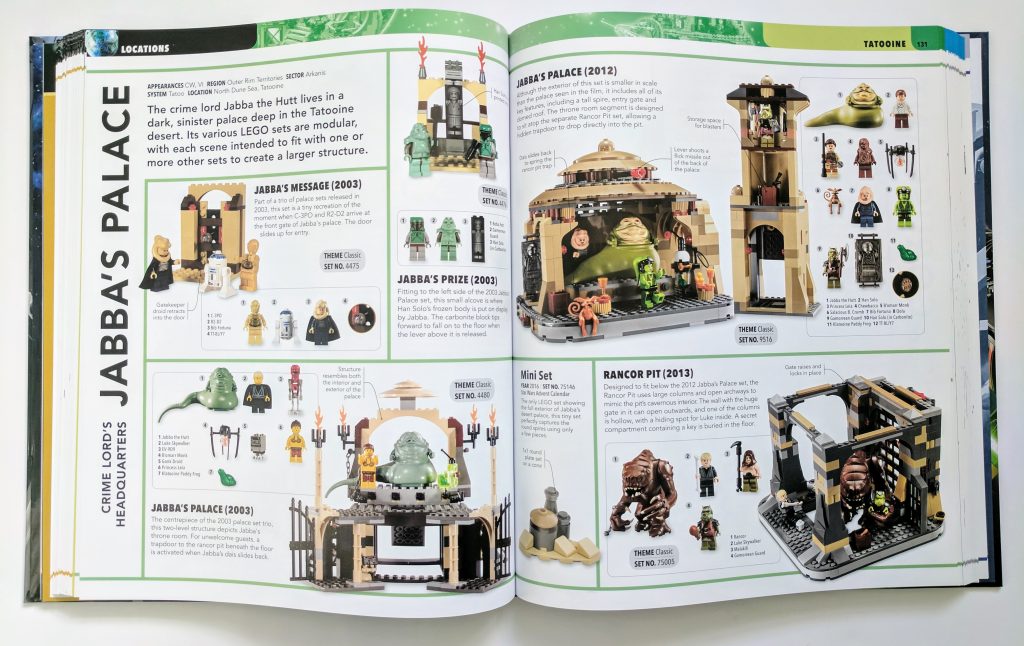 Some of the bigger faces and iconic vehicles from the Star Wars universe get their own pages, these are a great way to see how sets have evolved over the years. They are also a great way to include some of the lesser known versions of the sets which may have appeared on magazines, in advent calendars and other promotional builds. Minifigures which have appeared with video games, DVDs and of course books are also included. When DK say it’s the definitive guide to LEGO Star Wars, they aren’t kidding. 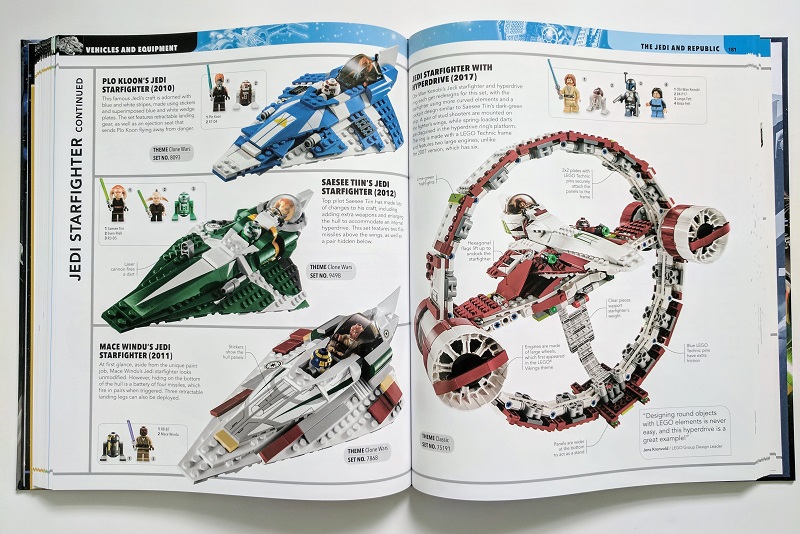 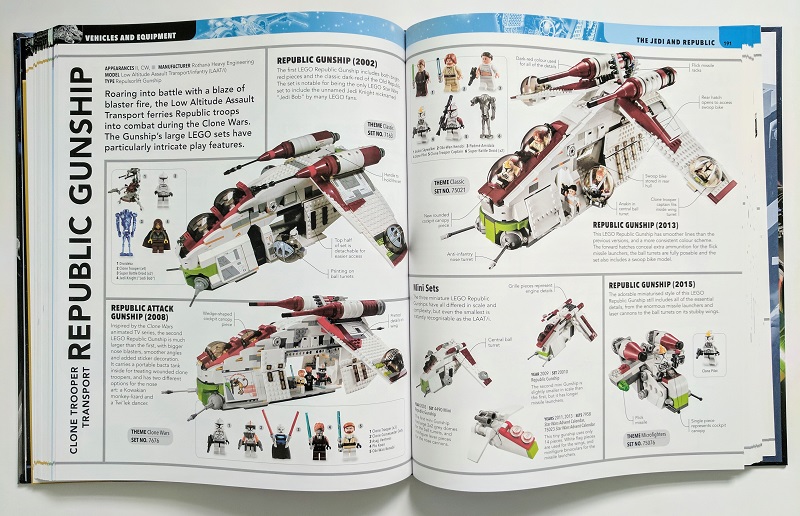 Dotted between the books chapters are Behind the Scenes sections. These are always a great addition to DK Books’ another LEGO titles and here they are nicely expanded upon, offering an informative insight into the process of bringing Star Wars to life through LEGO. The book is surprisingly up-to-date as well, with many of this years more recent sets included even the Ultimate Collectors Series Millennium Falcon. 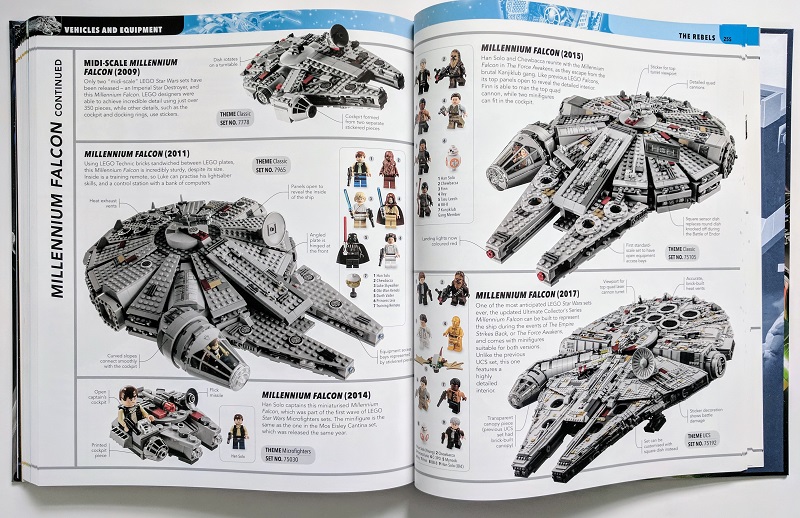 The LEGO Star Wars theme is often credited with bringing AFOLs back to LEGO and Ultimate LEGO Star Wars is the perfect way to celebrate it. The information it contains is extensive and the layout it easy to follow, although aimed more towards to the older LEGO fan. It’s also great that bespoke images are used in favour of stock images, they just make it feel as if more effort has been gone to when images are specificity taken. If you find buying gifts for your LEGO loving friends a little tricky, this would make the perfect present, in fact for both LEGO and Star Wars fans alike would love to add this to their collection. 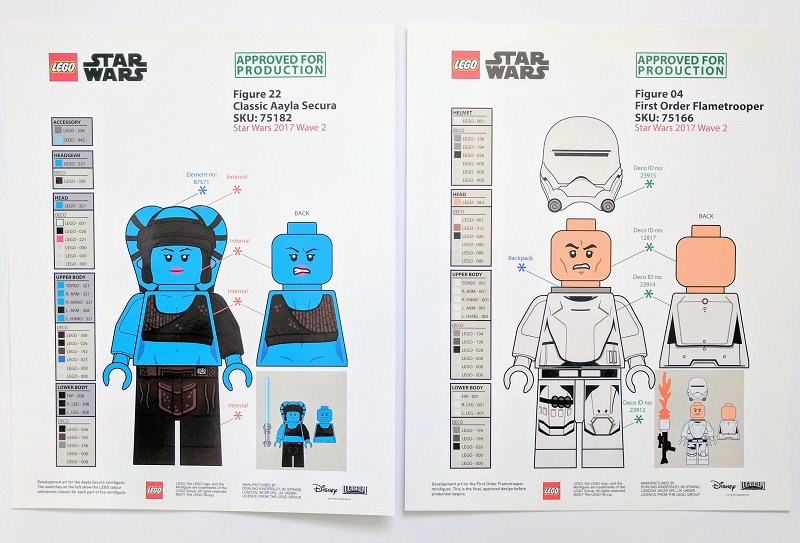 The book also includes two interesting prints, these are recreations of the same production sheets used by LEGO during the creation of minifigures, they show which colour palettes are used and where print is featured on the minifigure. They are a nice addition to an already impressive book, which we can’t recommend enough. The Ultimate LEGO Star Wars is available now from Amazon and selected book retailers.