This weekend saw the free LEGO® Newspaper Promotion return to the UK with the i Weekend. The paper promises a free Kai keychain when you purchase the paper from or take a voucher to McColl’s newsagents. However it appears many people are finding it near on impossible to get the free LEGO with numerous McColl’s stores only getting as little as four per store to the last the whole weekend or just not receiving them at all. The exact same thing happened earlier this year when The Times newspaper decided to giveaway a LEGO Batman Movie polybag and partnered with McColl’s Retail. The paper is also offering the keychain online but the website connected to the offer has been down since it was first announced last weekend, before briefly coming online yesterday, currently it’s once again inaccessible. Although it’s nice to see free LEGO giveaway return, especially as the Daily Mail isn’t involved, it seems the weak link in the promotion is once again McColl’s. For almost ten years WHSmith have successfully ran various LEGO giveaways beginning with the Daily Mirror, then the Sun and most recently the Daily Mail, before LEGO decided to end the partnership with the paper after an extensive social media campaign. Each store had three or more boxes of sets to giveaway instead of 3 or 4 single bags. Although it also attracted criticism, this was mainly from people who wanted to buy a single paper and get more than one set for free. Hopefully future promotions will run a little more smoothly and LEGO fans will actually be able to get their free sets. If you struggled to get your free LEGO NINJAGO Movie keychain with the i Weekend today, it’s available to purchase directly from shop.LEGO.com. 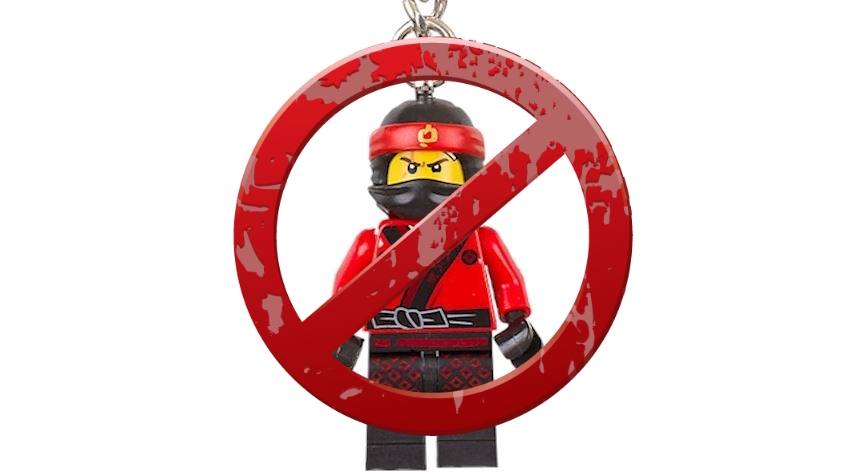