Back in April, the first of three VIP exclusive LEGO® Marvel Art Prints was given away alongside the Avengers Tower Set. This featured Captain Marvel and it was stated it could be combined with two additional prints to make a larger LEGO Marvel scene. However it wasn’t made clear when the other prints would become available, until now. You’ll be able to get the second free art print if you’re a VIP member and you spend £35 or more on LEGO Marvel products this Monday. It features the Avengers tackling Thanos. This can be combined with the Space Rocket Ride promotion. The free Art Print promotion will be available in LEGO Brand Stores and Online. 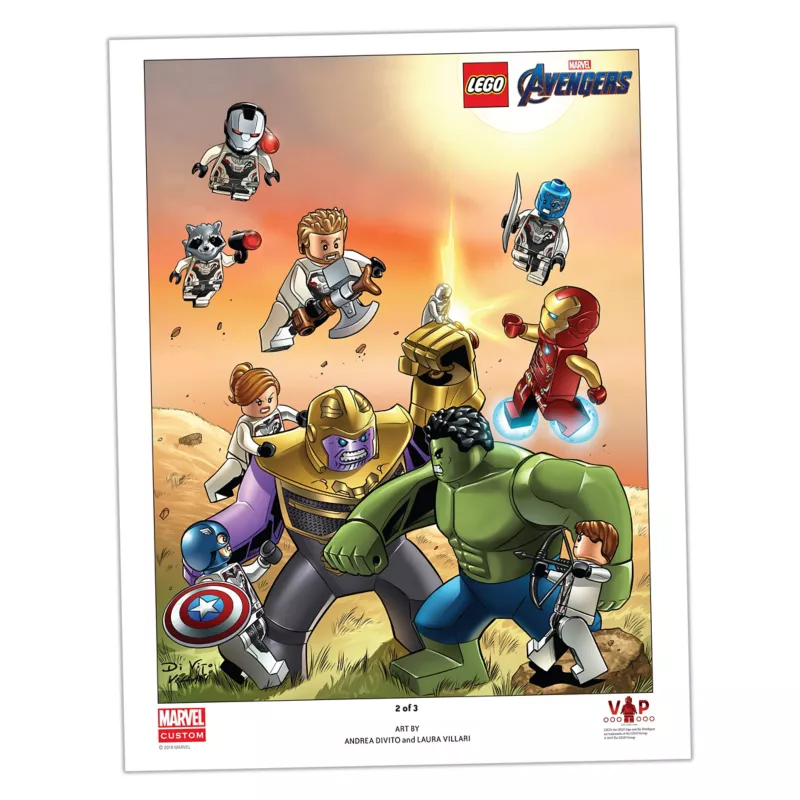 Collect the second of three exclusive prints in a special collaboration between The LEGO Group and Marvel. The three prints can be combined to form one large custom print. The exciting colourful scene was created from the new LEGO® sets and includes minifigures based on the characters from the new film.