Late last week, various upcoming LEGO® Monkie Kid sets were added to the Asia Pacific LEGO.com sites. Four new sets were revealed via set listings and descriptions, these included a new BrickHeadz and three playsets. Now the product listings have been updated to include images. The sets include some cool Minifigures, in particular the new bad guys – the Horn Demons and the Spider Queen. Sandy’s Speedboat is also a decent way to get hold of most of the main character in a smallish set. There is no date attached to their release, but they will certainly be available in the UK, Europe and North America at some point soon.

Young heroes can play out exciting rescue missions with this LEGO® Monkie Kid™ playset (80014), featuring Sandy’s Speedboat and the Spider Queen’s mech and Silken Web Cave. An awesome gift for kids, the models have lots of cool details such as the boat’s rapid shooter and cat compartment, and the cave’s web trap. There are 3 minifigures, plus Sandy, Mo the cat and spider figures, plus cool weapons such as Sandy’s Crescent Staff and the Spider Queen’s staff for role-play battles. 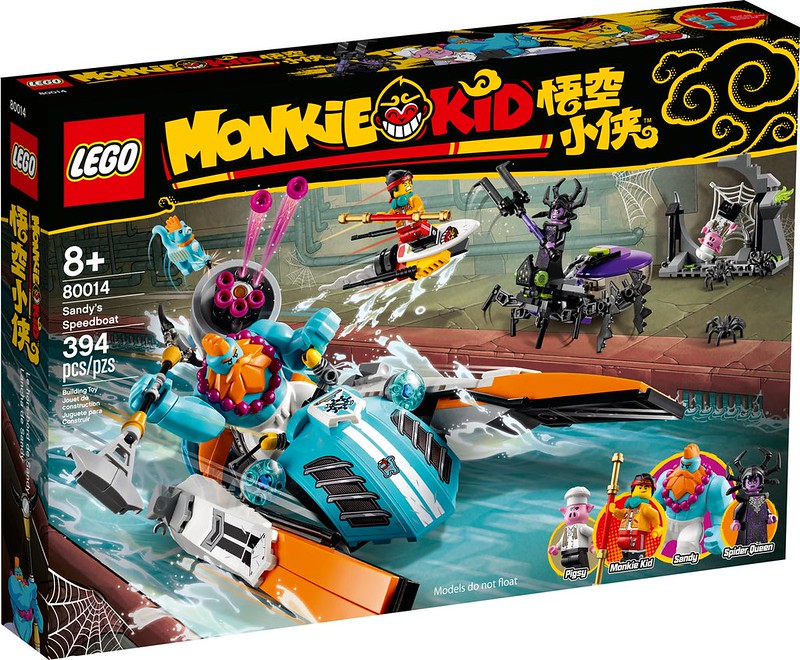 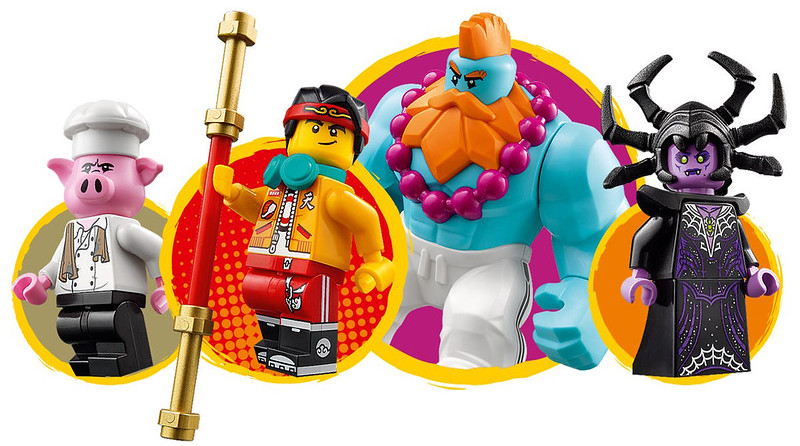 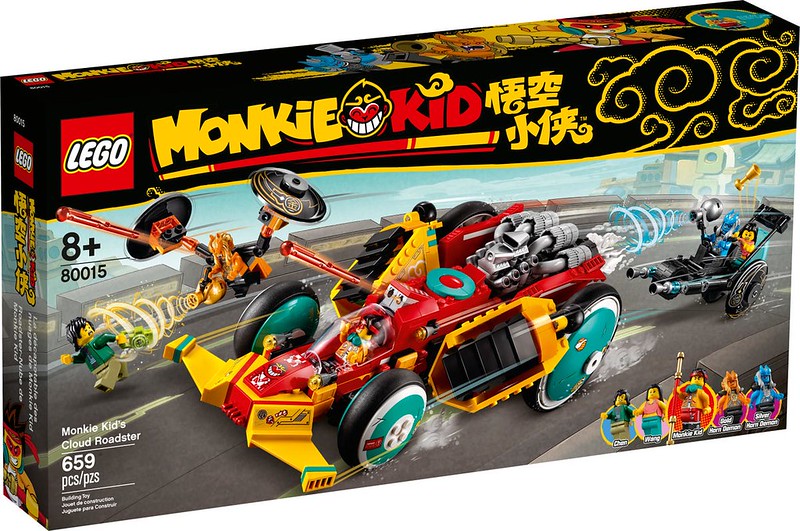 Children can plan their own LEGO® Monkie Kid™ rescue missions with The Flaming Foundry (80016) toy playset. This model of the Demon Bull King’s lair can be moved on the wheels of the detachable dump truck. It has a workshop, armory, prison, control room, and such play-inspiring features as a glowing furnace with a LEGO light brick, robotic arms and a rapid shooter. There are also 7 minifigures, including Monkie Kid, Mei, Princess Iron Fan and Red Son, with weapons for role-play battles. 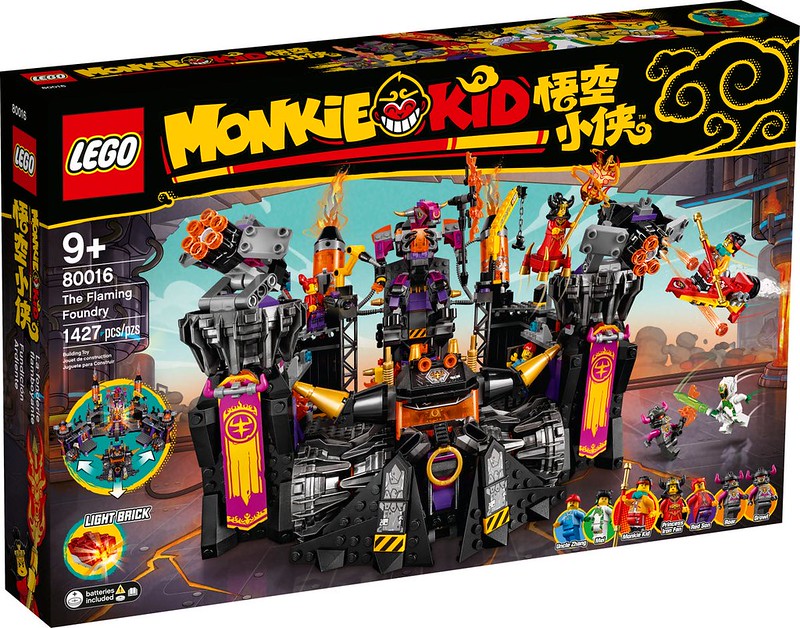 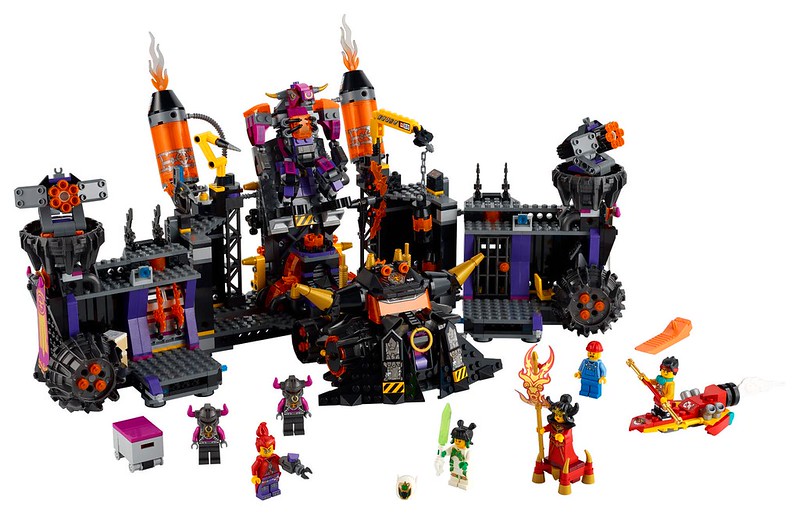