The next big Toy Fair event kicks off in New York this weekend and ahead of the event, the LEGO Group have revealed some new product coming later this year. A brand new theme based on the upcoming Minions: Rise of Gru movie, was announced last year and now the sets have been revealed. There will be five LEGO® sets based on key moments from the new movie and they will include new buildable Minions characters and a Minifigure to represent a younger Gru. These will be a mixture of standard and 4+ sets. Check them out below.

Ready to get inventive with the LEGO® Minions in Gru’s Lab set? The Minions have helped to transform Gru’s basement into a laboratory. Now they’re preparing to have some fun. Watch them create mischief as they slide into the bananas and test out a vehicle on the ramp. See if they can make a vehicle crash into the fence! 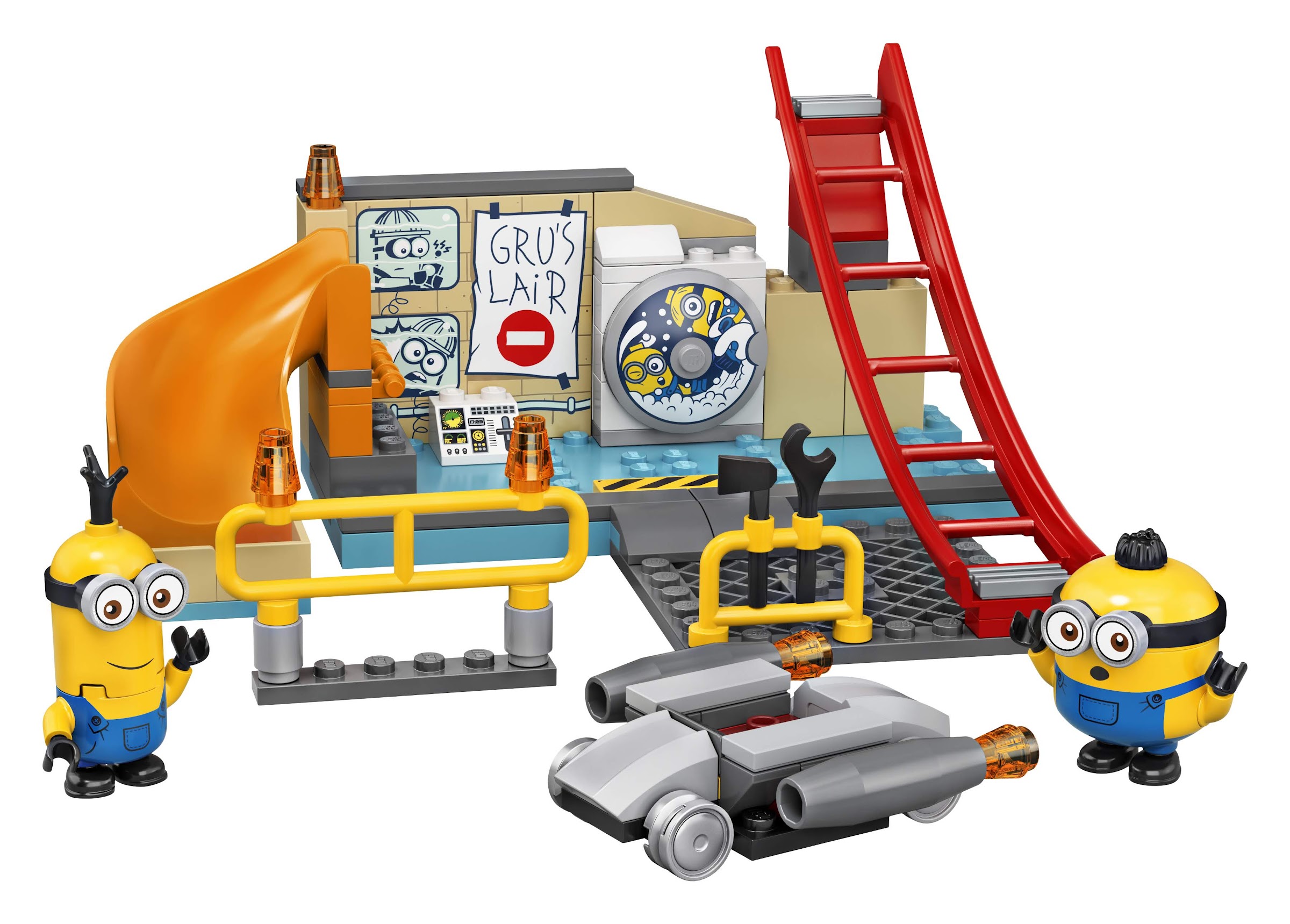 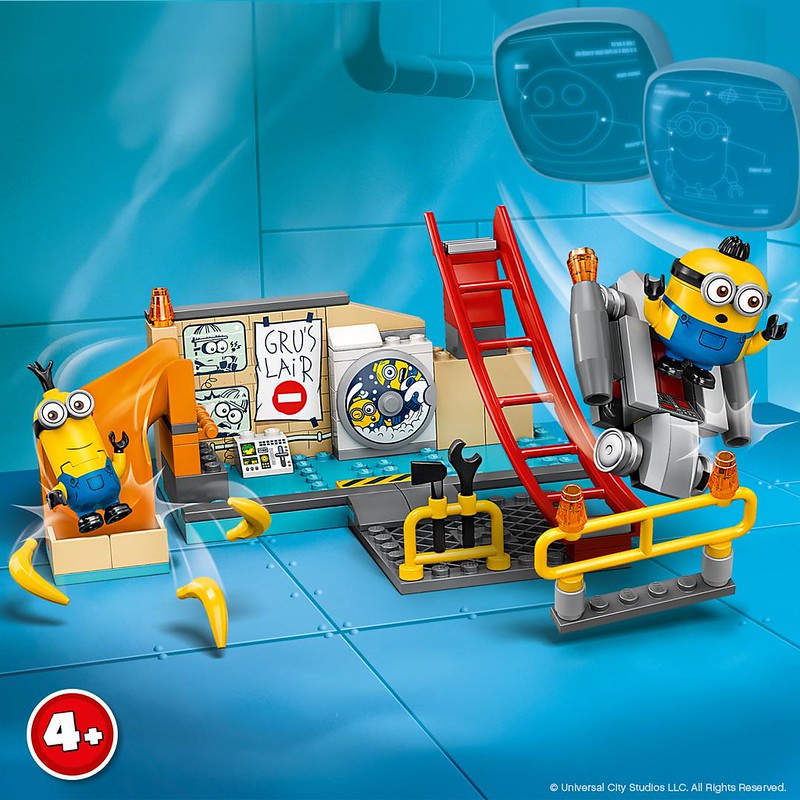 Take to the skies with LEGO® Minions Bob and Stuart. They’re on a mission to save Gru and are piloting a plane for the daring rescue. Stuart is the pilot and Bob is a flight attendant in the passenger cabin, so it’s sure to be a bumpy ride. Watch out – an accident-prone Minion might fall into the toilet. And don’t forget to find the fart blaster for extra fun! 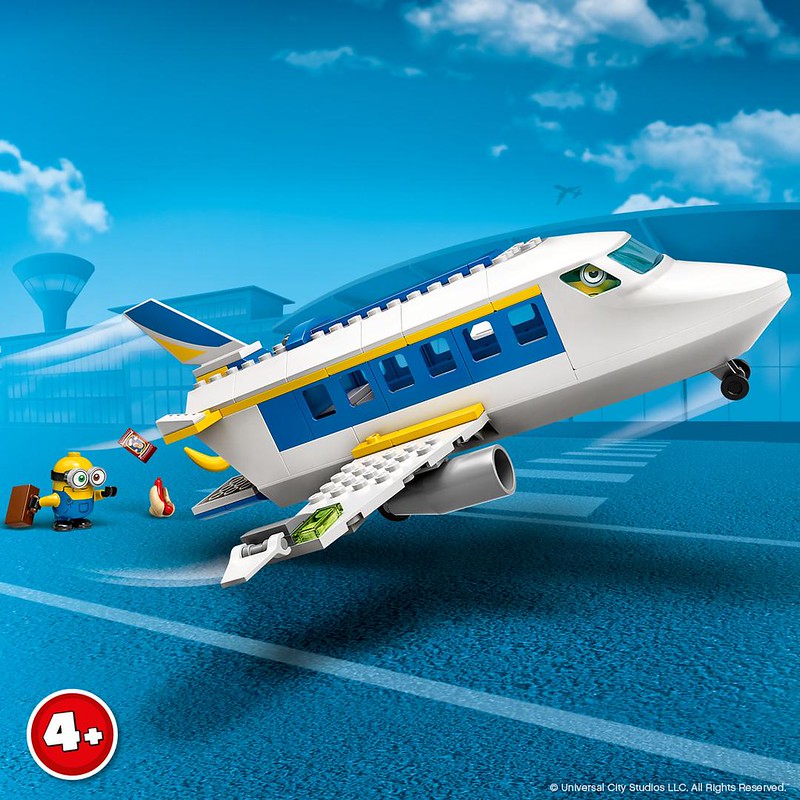 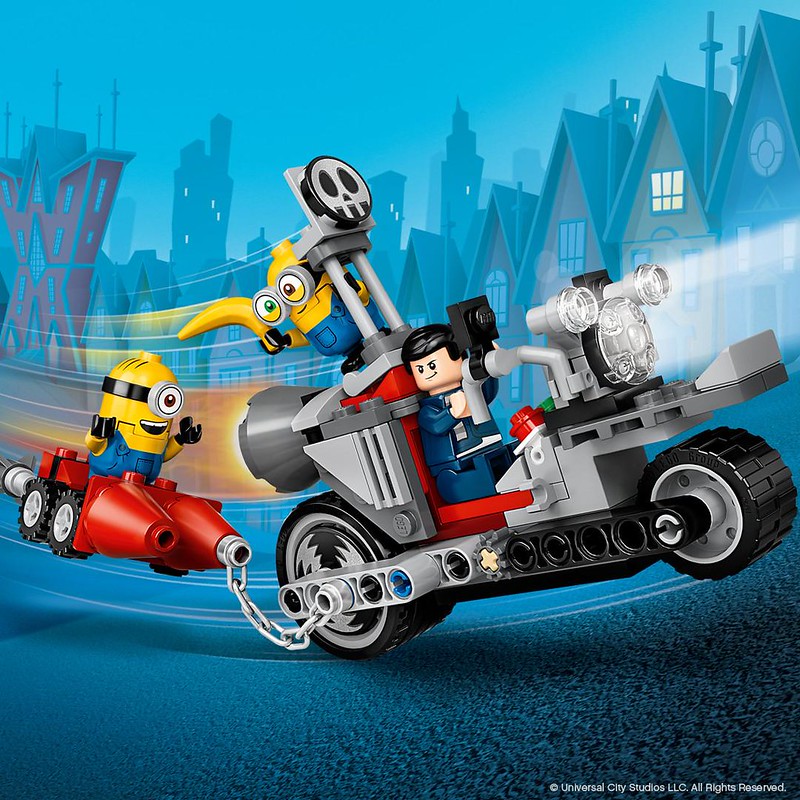 Join the Minions for kung fu training and celebrations at the LEGO® Minions Kung Fu Battle. First the Minions practice kung fu moves using the weapon rack and rotating wooden dummy. Then they can parade with the Chinese dragon before admiring the pretend ‘fireworks’ stud shooters that fire from the top of the temple. Watch out for the dramatic reveal as Otto appears out of the temple. 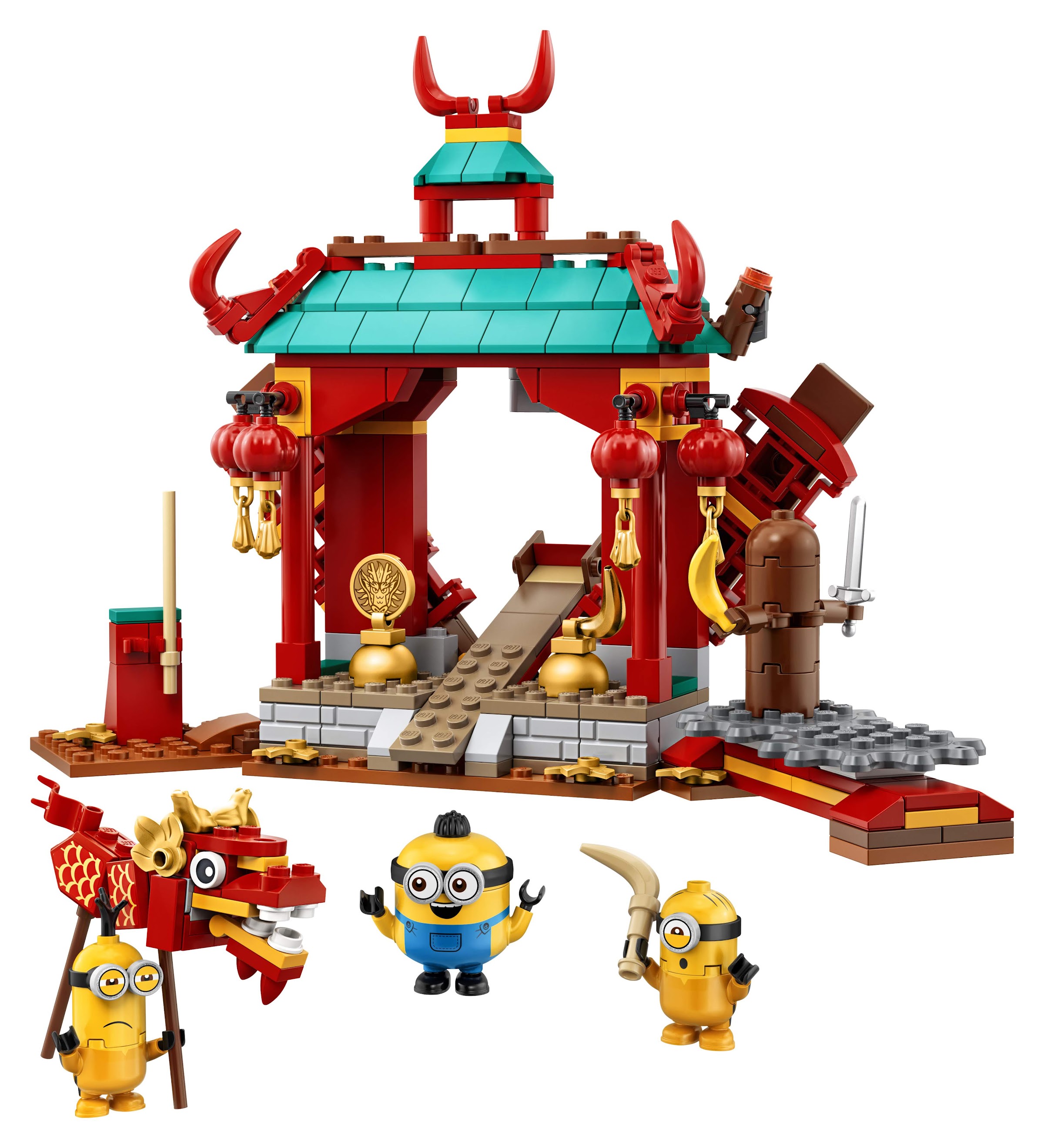 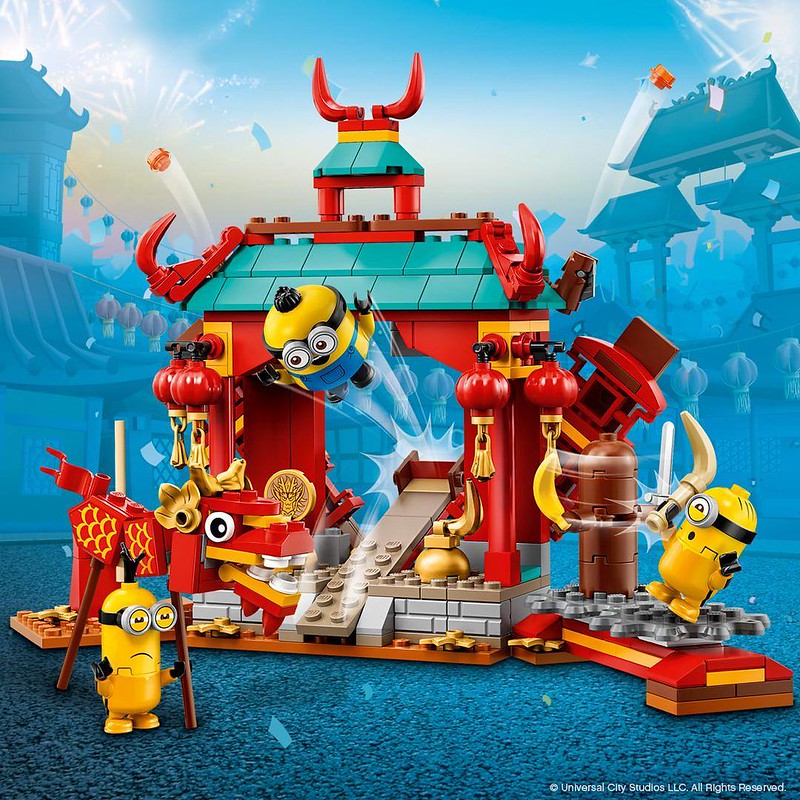 Want to step inside the unpredictable world of the Minions? Well, now you can! Build your favorite Minion then turn it around to reveal their room. Check out the figure version of each character. Put them inside the room to explore the mischievous personality of each Minion. Create inventions with Kevin in the lab or pop Stuart in his bedroom. Then rebuild Kevin into Bob with his kung fu playset. 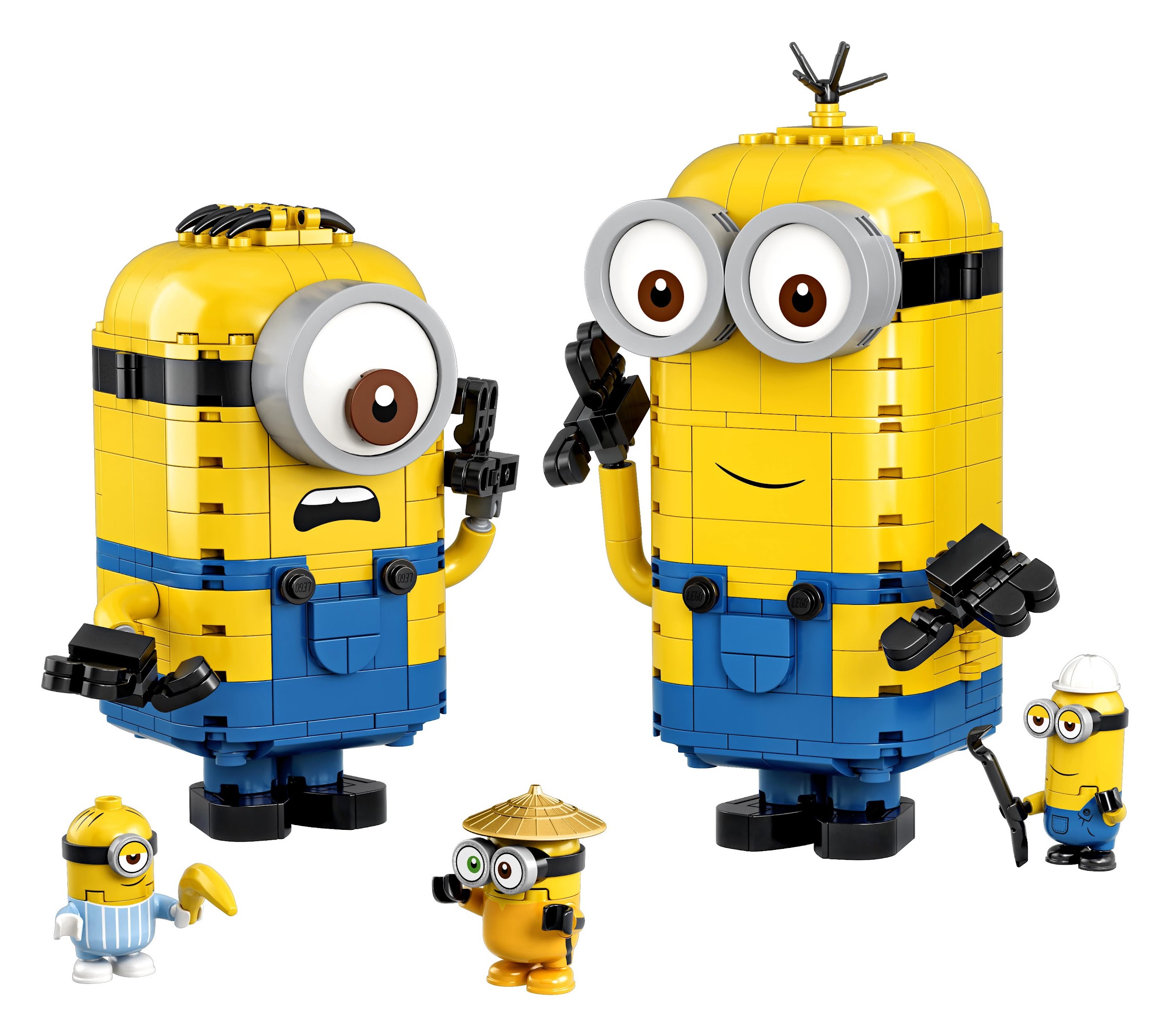 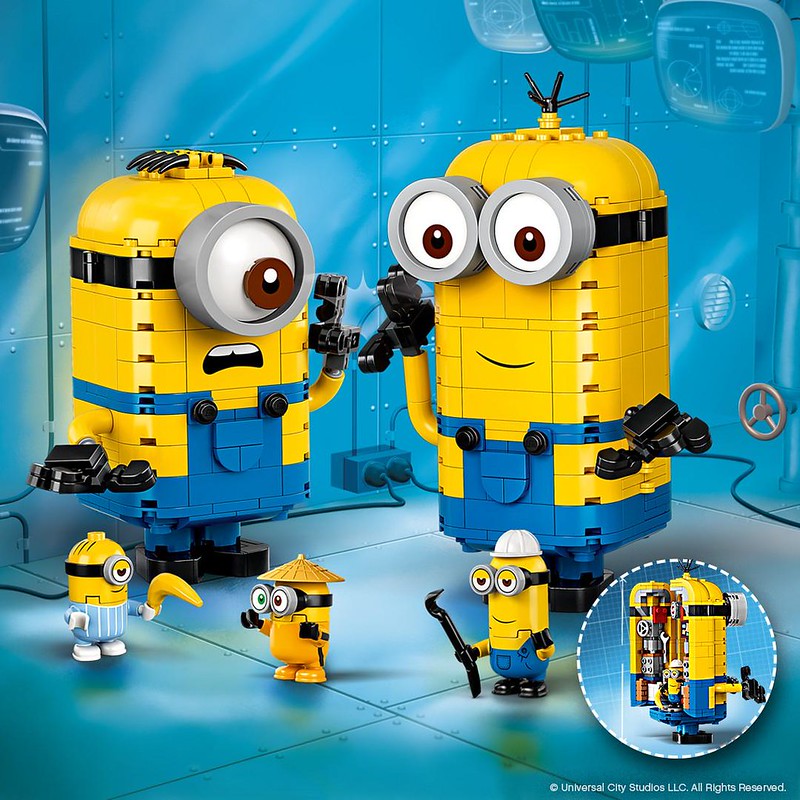 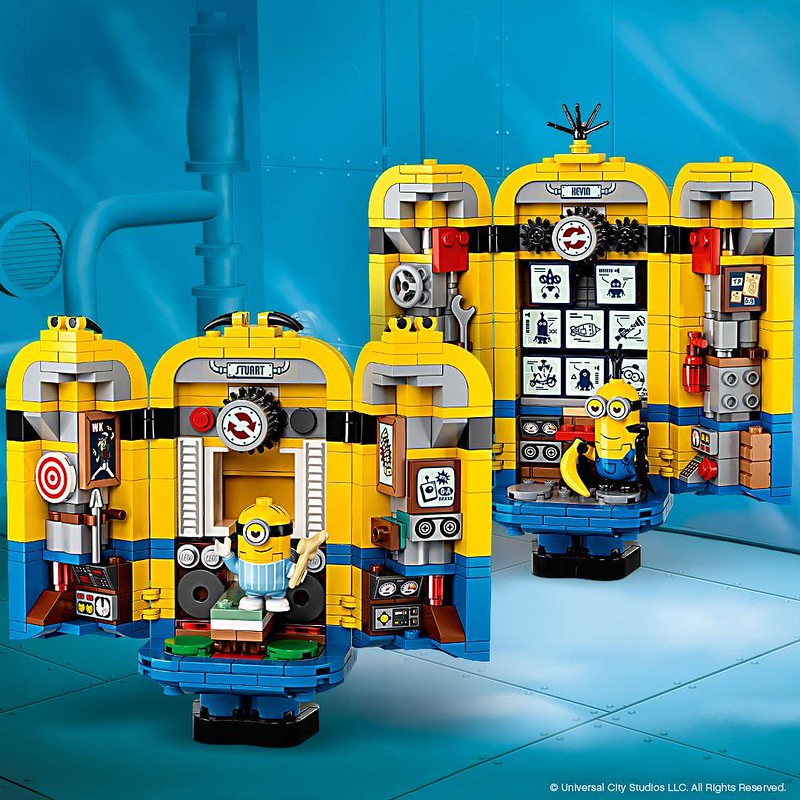