The latest LEGO Special Edition magazine has hit newsstands. Issue 6 is all about LEGO Elves and includes not but two free sets including Hidee the Chameleon mini set and a bonus older set, such as Flamy the Fire which was included with a past issue of the original LEGO Elves magazine. Inside the magazine there’s the usual comics, puzzles and chances to win LEGO sets. For those who are slightly confused by the LEGO magazines releases, Immediate Media have added a new ‘Specials’ title to their line-up so you can currently get monthly LEGO titles including LEGO NINJAGO, LEGO NEXO KNIGHTS and LEGO Friends, with the Special Edition range switching between various LEGO themes, past issues have included LEGO City and The LEGO Batman Movie. Future issues will include a special The LEGO NINJAGO Movie issue and more LEGO City ones. LEGO Special Edition issue 6: Elves is available now from all good magazine retailers. 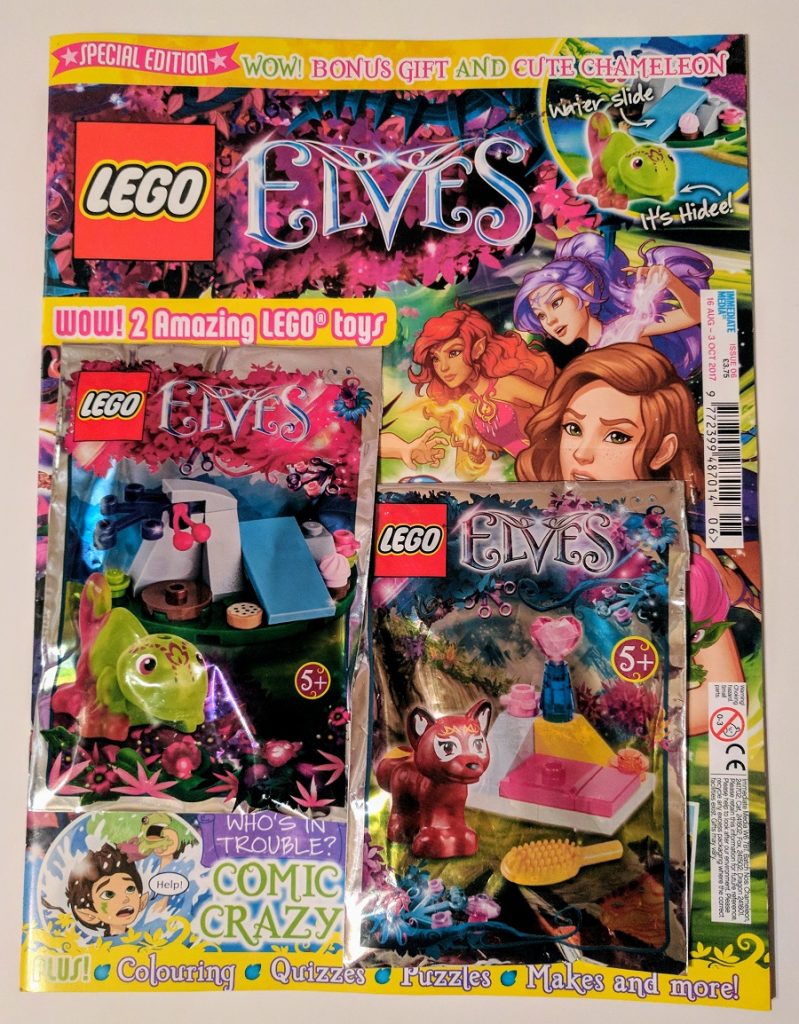