A brand new LEGO® magazine arrives in shops today. Part of the LEGO specials range, the LEGO Batman Magazine is the second of a new selection of titles to be included alongside last month’s The LEGO Movie 2 magazines and upcoming titles based on Jurassic World and NINJAGO Legacy. Issue one of the LEGO Batman magazines includes a limited edition Batman Minifigure, complete with batarangs. You’ll find the magazine in WHSmith, most supermarkets and selected newsagents now priced £3.99. The next issue will feature a Robin Minifigure and that’s out in May. Before than there will be another The LEGO Movie 2 magazine. 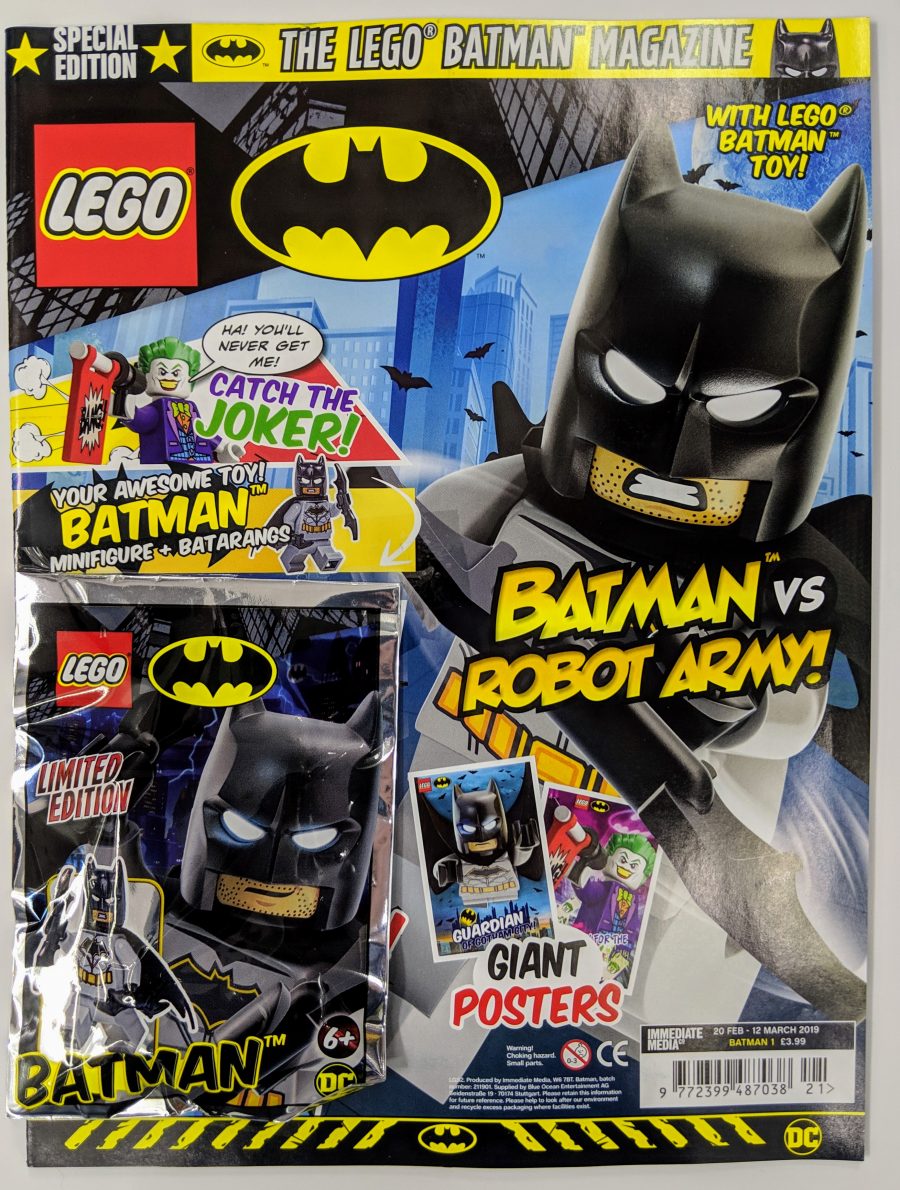