New From No Starch The LEGO BOOST Activity Book

Early next year No Starch Press will be publishing a new LEGO® title focused on the LEGO BOOST system. The LEGO BOOST Activity Book is from Daniele Benedettelli, known for his work with the LEGO MINDSTORMS. LEGO BOOST is a great new coding system and this book expands upon the Creative Toolbox, with brand new builds and way to use the BOOST sensors and motors. The book will be published in March 2019 and you can pre-order it now from Amazon.

A beginner’s guide to building and programming robots 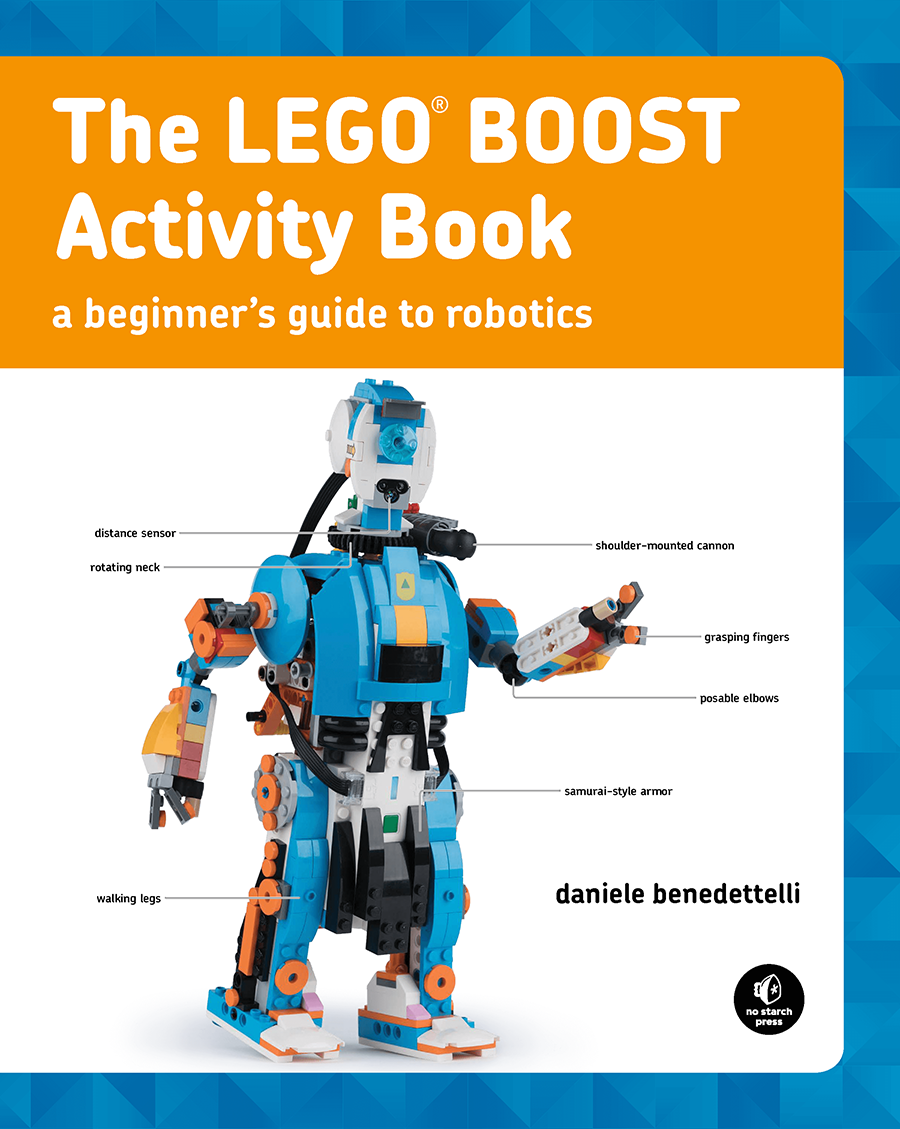 San Francisco, CA —LEGO BOOST is a beginning robotics kit for kids from The LEGO Group. The kit has unlimited potential but unfortunately lacks a manual. Enter The LEGO BOOST Activity Book ($24.95, 272 pp., 4C, November 2018), a collection of activities and instructions that shows how to build fun robots from scratch using LEGO BOOST.

As readers work their way through the book’s robot-building instructions, they develop fundamental programming and engineering skills. In the first part of the book, they learn what it takes to build a basic robot named MARIO. In later chapters readers add features to MARIO to teach it to do things like steer and avoid obstacles, follow lines on the ground, repeat actions, and explore its surroundings. Brain Booster sections scattered throughout the chapters allow readers to dig deeper into the math and engineering behind their builds. Illustrations and detailed explanations throughout the book explain how to:

“For over 15 years we’ve published the best-selling books on LEGO robotics. This book is no exception and I’m sure it will kickstart the career of many a future roboticist,” said No Starch Press founder Bill Pollock.

The LEGO BOOST Activity Book is perfect for kids looking to sharpen their programming skills, improve their grasp of important math and engineering topics, and increase their expertise in robotics to win the next school robotics competition. 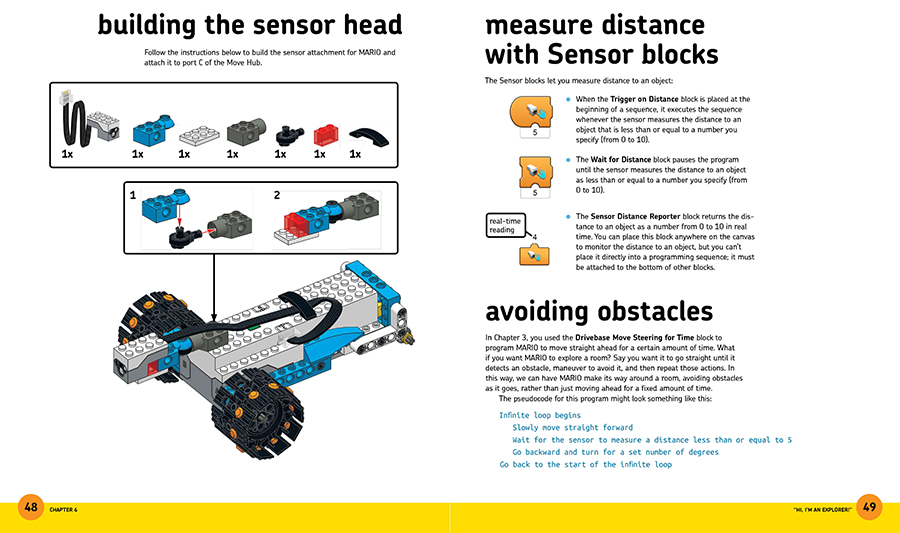 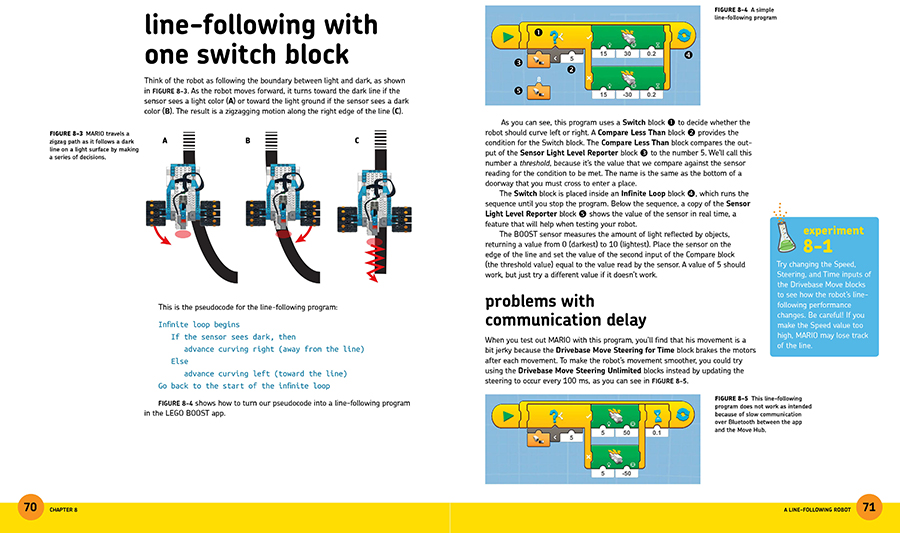