With Gamescom 2017 opening its doors today, Europe’s answer to E3 will see plenty of gaming related news and reveals. Warner Bros. Interactive Entertainment are getting in on the fun with a new trailer of the highly anticipated Switch version of LEGO® Worlds. When the game launches for Switch next month you’ll also get some premium DLC at no extra cost. Expect more details of upcoming LEGO Games throughout this week, until then, learn more about the Switch version of LEGO Worlds below. 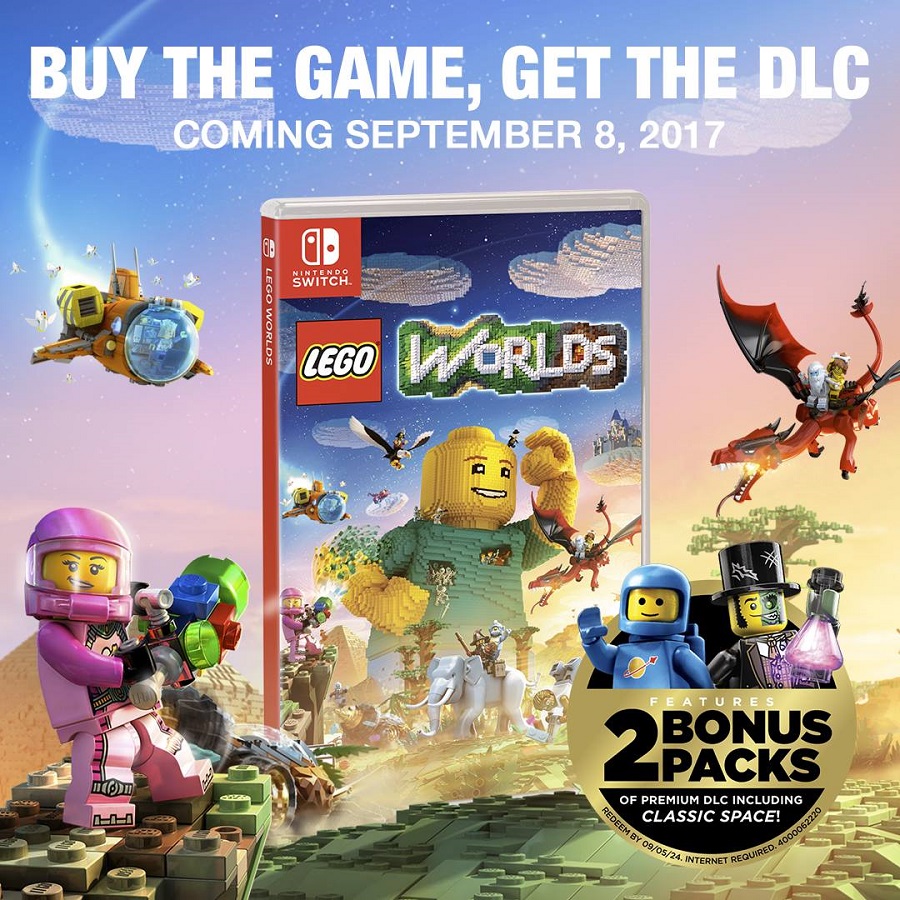 Warner Bros. Interactive Entertainment, TT Games and The LEGO Group released a teaser trailer in anticipation of the LEGO® Worlds Nintendo Switch™ launch on 8th September. Pre-orders are currently available for both the physical and digital versions.

The physical version, priced at £34.99, will include two bonus packs of premium DLC, Classic Space, released in July, and the upcoming Monsters pack, which will be available in October. The digital version, priced at £24.99, includes the base game with the DLC available separately on the eShop. Both premium DLC packs will be available on all other platforms as well at £3.29 on PlayStation®4 and £3.19 on Xbox One.

LEGO® Worlds is a galaxy of imaginative worlds made of digital LEGO® bricks where players can explore, discover and create together. The game is currently available for PlayStation®4 computer entertainment system, Xbox One, and STEAM.

The Official LEGO® Worlds Nintendo Switch™Teaser Trailer can be viewed below: