LEGO VIDIYO Gets A Backstage Pass To The Voice

Home » News » LEGO VIDIYO Gets A Backstage Pass To The Voice

The LEGO Group will air a LEGO® VIDIYO TV advert during the live final of The Voice on ITV this Saturday night. The popular singing competition draws a big audience on Saturday night and the ad will feature the first-ever live-action human version of a Minifigure L.L.A.M.A. The TV advert will also highlight the brand new music based theme, LEGO VIDIYO, which blends physical LEGO elements, scannable tiles and AR functions to create fun music videos. Learn more below. 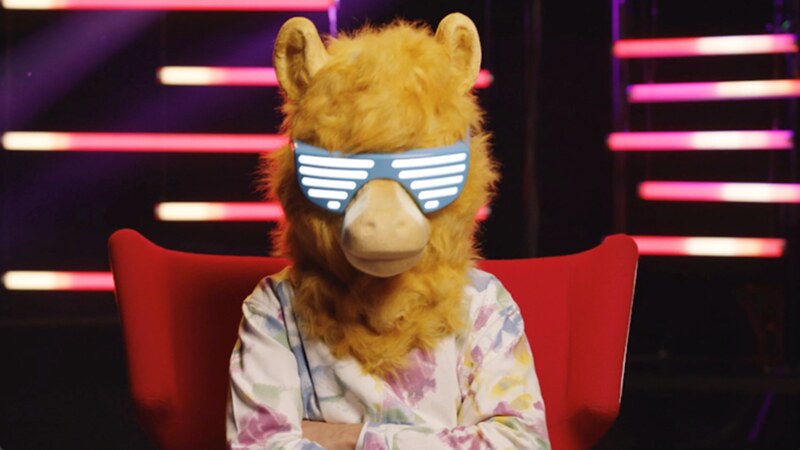 LEGO® VIDIYO™ L.L.A.M.A GETS A BACKSTAGE PASS TO ITV’S ‘THE VOICE UK’ FINAL

The spots feature L.L.A.M.A, the first ever live action human version of a LEGO Minifigure, based on the DJ Llama minifigure from the LEGO VIDIYO Tropicon BeatBox. L.L.A.M.A. recently signed a global record deal with UMG label, Astralwerks and released debut single “Shake” featuring three-time GRAMMY® winner NE-YO and newcomer Carmen DeLeon. LEGO VIDIYO sees physical and digital play come together as special effect BeatBits and music inspired minifigures integrate and come to life through AR in a vibrant new app, giving kids the tools to direct, produce and star in their own music videos. 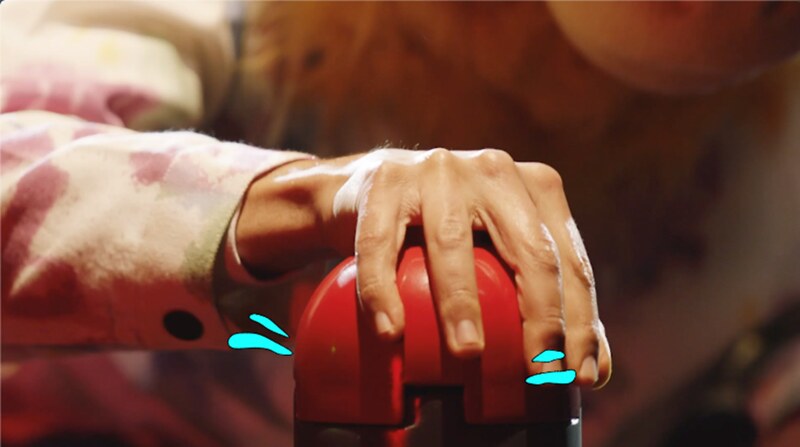 The fun and smile-inducing creative of the TVCs, depicts the backstage adventures of L.L.A.M.A, who’s seen stumbling across coach Olly Murs’ dressing room. We see him swiftly changing the name on the door to read “L.L.A.M.A”, then settling himself down to imagine what life sat on the big red chair would be like. After taking his chance and pressing the red buzzer, he spins around to find himself immersed inside the colourful and creative world of LEGO® VIDIYO™. We see L.L.A.M.A surrounded by dancing Minifigures and see wild and wonderful special effects filling the stage… before we zoom out to see he’s actually been making his own music videos in the LEGO VIDIYO app the whole time.

Head of Marketing UK & Ireland, Marius Lang, commented, “It’s been a very exciting time for the LEGO Group with the launch of LEGO VIDIYO, combining new technology with the much-loved LEGO system in play. As a brand, we’re focused on celebrating the creativity and imagination of children and so we’re incredibly proud of this new innovation that fuses the worlds of music and play, providing kids with a brand new, fun and safe way to express themselves creatively. ‘The Voice UK’ spots are a really exciting culmination of our successful through-the-line integrated launch campaign and we’re looking forward to tuning in on Saturday 20th March to see them air.”

Bhavit Chandrani, ITV Director Digital & Creative Partnerships, said, “This work with the LEGO Group really shows the kind of creative opportunities available to brands to be part of ITV’s big Saturday night shows, reaching an engaged mass audience. The spots work perfectly with the programme and I’m sure will resonate with viewers of ‘The Voice UK’ final.”

The TVCs have been created and developed by the LEGO Group’s internal agency, the LEGO Agency and placed by media agency Initiative.

As well as three 20 second spots during the final of the Saturday night nationwide staple ‘The Voice UK’, the campaign will be amplified online, with social content running across ITV’s ‘The Voice UK’ social channels, LEGO channels and the Instagram channel of L.L.A.M.A. himself (@musicbyllama).

Further to the activity with ITV and ‘The Voice UK’, the launch of LEGO VIDIYO has been supported by a comprehensive above-the-line marketing campaign inclusive of; TV, VoD, OLV, interactive video, kids safe social media and paid social.

The ITV activity also comes hot on the heels of #VIDIYOVibes, a creative campaign led by agency Engine Mischief spanning across earned media, talent and influencer channels, the LEGO digital and social ecosystem and a number of kids media partnerships.

#VIDIYOVibes encourages kids and families to overcome the limitations of the past year and feelings of FOMO (fear of missing out) and instead join a movement of FOCOs (Finders of Creative Opportunities), with a little help from ‘Strictly’ finalist and singing sensation HRVY, Capital FM DJ and ‘I’m A Celebrity’ star Roman Kemp and music icon and mum of five, Sophie Ellis-Bextor.

The campaign has generated over 200 pieces of coverage so far with a reach of over 395 million and with 91% featuring #VIDIYOVibes campaign imagery or video content. Furthermore, the momentum remains with a host of talent and influencer ambassador content continuing to roll out and sustain the FOCO messaging throughout the upcoming months.

Further to the #VIDIYOVibes below-the-line campaign, the launch of LEGO VIDIYO has been supported by a hardworking press office inclusive of LEGO Designer demos for key media including nationals, consumer tech, parenting and kids titles, resulting in product reviews coverage, in-depth media features commenting on both the product range and app and extensive product placement.

Watch the final of ‘The Voice UK’ and catch the L.L.A.M. A spots on ITV, Saturday 20th March 2021, and find out more about #VIDIYOVibes via the LEGO YouTube channel – https://www.youtube.com/watch?v=_O04yRAzL5Q