Last year the LEGO Group announced a new partnership with Universal Music Group. The result of that partnership is VIDIYO. This brand new theme has garnered quite a reaction from LEGO® fans. Most AFOLs have taken an odd dislike to the theme, despite it being aimed at younger LEGO fans. The first wave of sets features a collectible Minifigure collection along with small self-contained sets known as BeatBoxes, which is what I’m going to take a look at today. There are six BeatBox sets currently available, with each one focused on a different character and music style. These small sets also include various BeatBits, which are printed tiles used to unlock content in the companion app. But are these sets as polarizing as some are making out or are they an interesting new addition to the LEGO ecosystem? Find out in my review of all six LEGO VIDIYO BeatBox sets as well as the VIDIYO app. 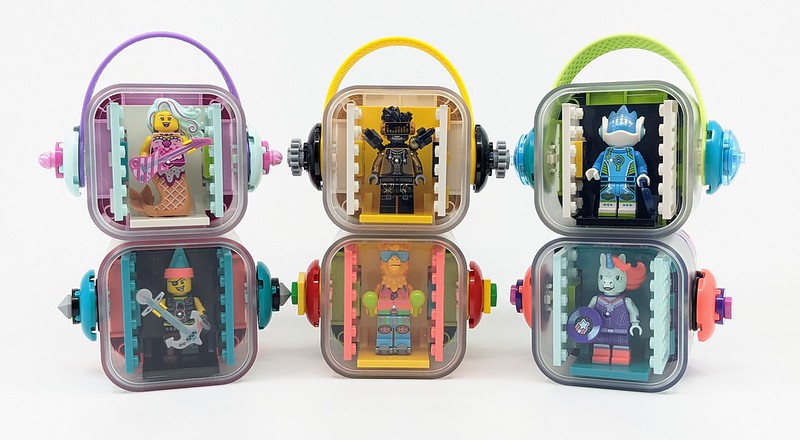 As the style of BeatBox sets are very unique the building is fairly limited. Each set featured a cubic shell, which houses the Minifigure and a stage-like stand. Along with a section to store the 2×2 BeatBits tiles and a plate, upon which you build a mosaic-like design focused on each character. This aspect of the build is fairly similar to the DOTS sets. 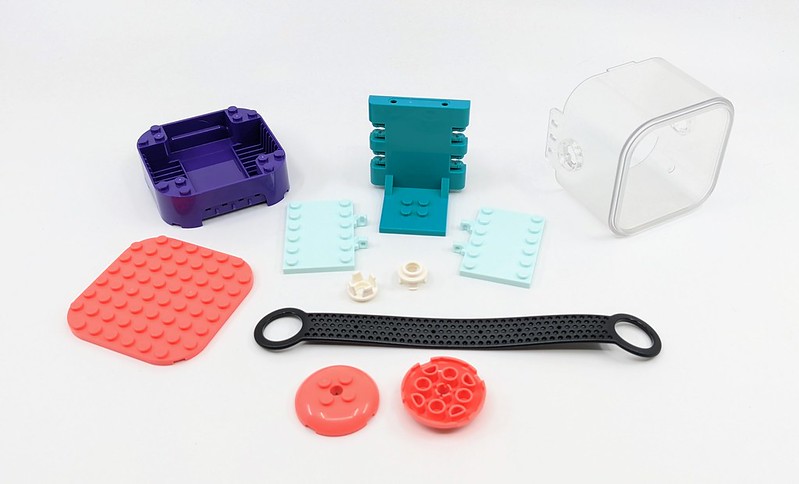 The stage-like display platform uses a couple of new elements, with the two wing plates connected either side of the central ‘L’ shape plate used to display the BeatBits. For those tiles not on display, you can store them in another new piece. The style of this has been designed to evoke the same feeling as flipping through a collection of vinyl records. 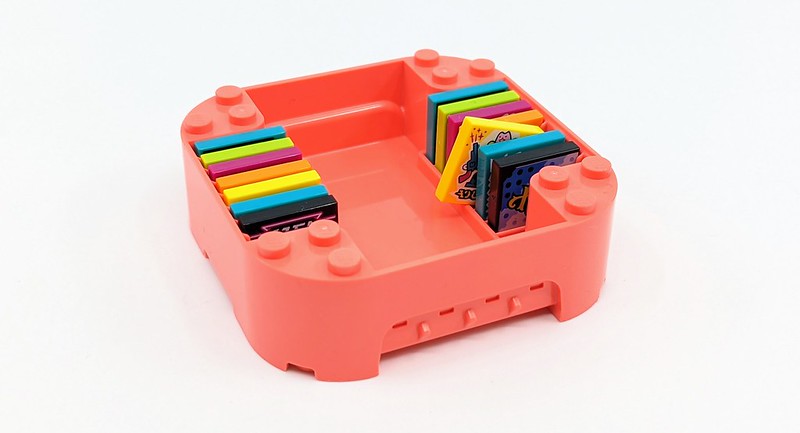 The mosaic-like designs on each BeatBox are themed towards each character and use a lot of 1×1 elements to create them. Although there aren’t any in-depth build instructions for these, the leaflet included with the set offers an inspirational guide to create them. Designs include a ponytailed skull, UFO, Boombox, Ice Cream and an anchor. 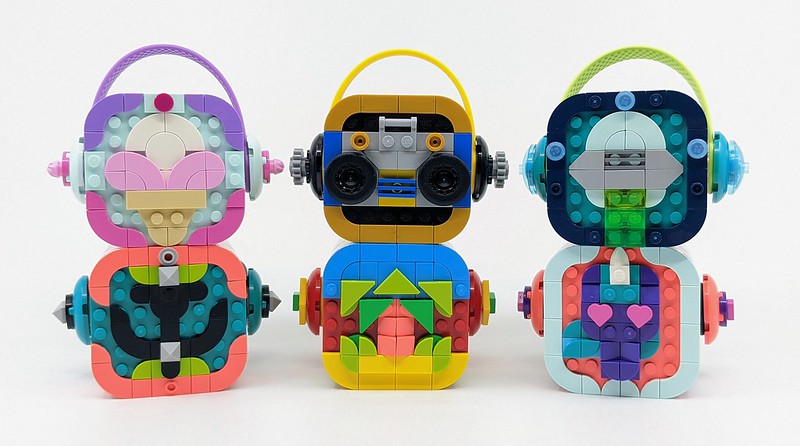 Each BeatBox set features 16 BeatBits, which are printed 2×2 tiles. These are used to unlock special effects in the LEGO VIDIYO app. Each Minifigure includes two unique Special BeatBit tiles, which are relevant to each particular character. The other 14 BeatBit tiles are random and may vary from each set. 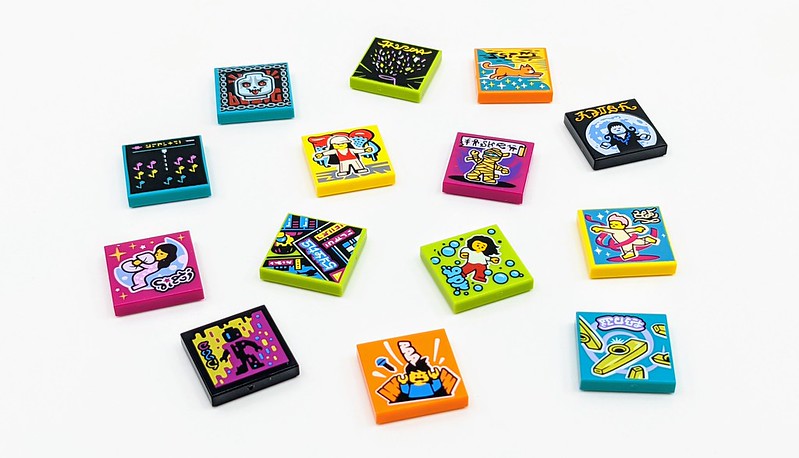 The big focus of the VIDIYO theme is the companion app. This is another attempt to bend physical and digital play. The basis of the app is to transform the physical Minifigures into digital music stars. The app features various pieces of licensed music which act as the backing track for your music videos. The BeatBits also unlock digital effects which can be added to the music videos. It’s a fun concept and one which is relevant to the TikTok generation. Unfortunately, the app is very buggy. The basics of the app work, but there are many issues, which are yet to be fixed. I have a fairly new phone and even on that it just doesn’t work as it should just yet.

Each of the BeatBox cubes contains a unique Minifigure, who happens to be the face of one of six different music genres. So the Candy Mermaid head ups Candy Pop. Punk Pirate is unsurprisingly the frontman for Punk Pirate. The Alien DJ drops beats for ETDM. The face of the theme, Party Llama also fronts TROPICON. Unicorn DJ tours with K-PAWP and HipHop Robot fronts Robo HIP HOP. Every single Minifigure uses unique elements to create each character, these range from entire heads or head/hat pieces.

Forgetting about the digital components of the theme, one thing VIDIYO does do well is the introduction of new elements and pieces. Almost every character uses new pieces to create their unique look and accessories. The BeatBits are also a nice collectible element, which will definitely have a use beyond the VIDIYO theme. I agree the digital aspect of the theme isn’t as refined as it should be and it’s certainly not aimed towards AFOLs but I don’t think it should be discredited so strongly because of this. After all, AFOLs now have an entire range of sets solely aimed towards them. If rumoured future sets are correct, then we could be seeing more traditional buildable elements being introduced to the theme. 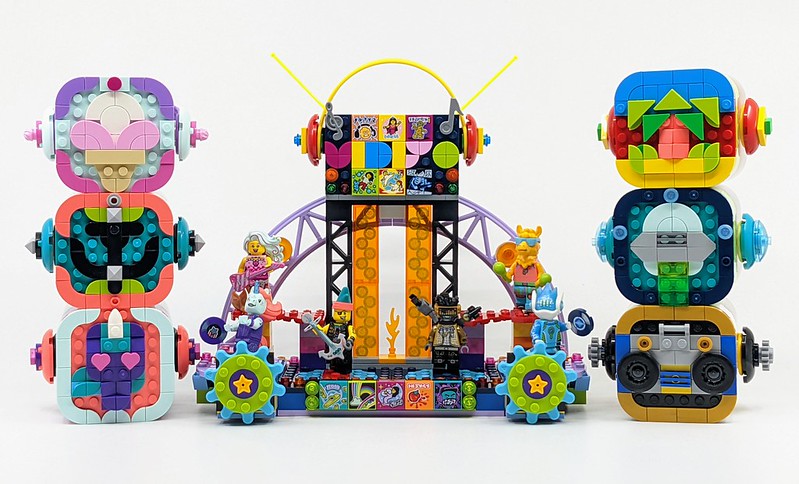 This set was requested by BricksFanz and provided by the LEGO Group for purposes of review. The thoughts within this review are that of BricksFanz and do not reflect those of the LEGO Group. Providing the set for free does not guarantee a favourable opinion of the set.