For over 20 years the LEGO® Star Wars line has brought a number of beloved characters to life as Minifigures. From the classic yellowed skinned version from the late 90s through to the numerous characters, critters and Droids of today; Minifigures have become a key point of all Star Wars sets. Their popularity has called for a Star Wars Minifigure series, but despite the conspiracies flying around the internet, the current license agreement doesn’t allow for this. This is why Battle Packs were born, these were a great way to provide Minifigures in bulk as well as endearing to the product license. Battle Packs were tested this year but will return in 2022 and they will be joined by a new format for the LEGO Star Wars theme, the Minifigure Accessory Pack. These have already appeared in other themes such as LEGO Monkie Kid, Marvel and Harry Potter. Often providing obscure characters and accessories. They are similar to Battle Packs, so I guess the Star Wars Design team is testing the water between two similar style products at different price points. As my 2022 set reviews, it’s time to take a look at both the LEGO Star Wars Minifigure Accessory Packs.

For those who have built other Minifigure Accessory Packs, you’ll be familiar with the packaging design. This remains the same for the Star Wars-themed sets but also follows the updated branding of the 2022 Star Wars packaging. Inside the Minifigure-shaped shell, you’ll find a packet of elements and the instructions sheet. Each pack is related to a particular Star Wars era, with one from the Clone Wars and the other from the Battle of Hoth. Incidentally, these both relate to the most recently released UCS sets. 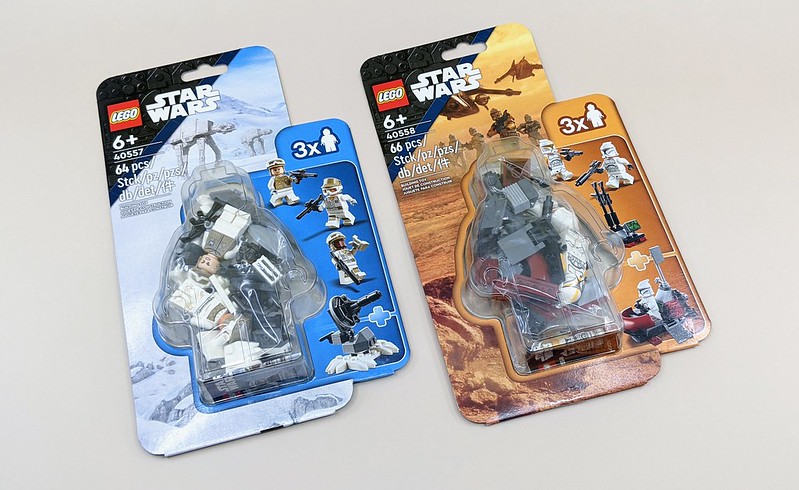 This Clone Wars-inspired pack features three Minifigures, two of which are generic Clone Troopers. They are joined by a Clone Commander, who has armour tinged with yellow to denote their higher rank. Under their buckets, you’ll find a trio of identical heads. The buildable aspects of the pack include a small weapons rack, I must say I really like the use of black candles to extend the blasters. 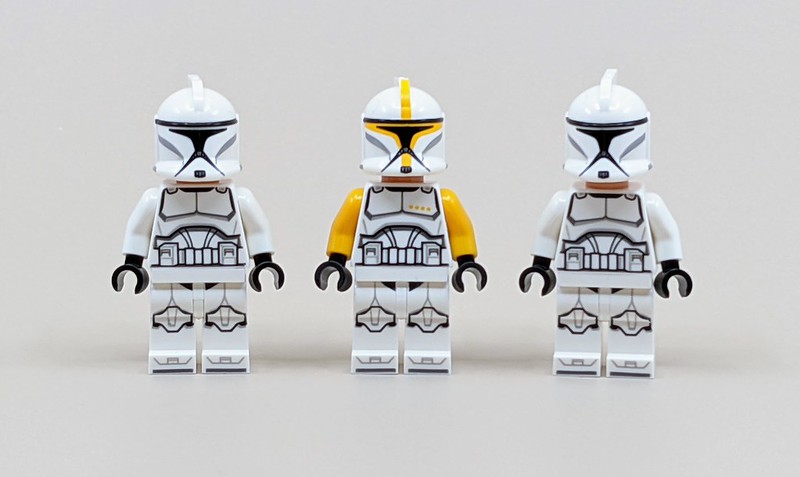 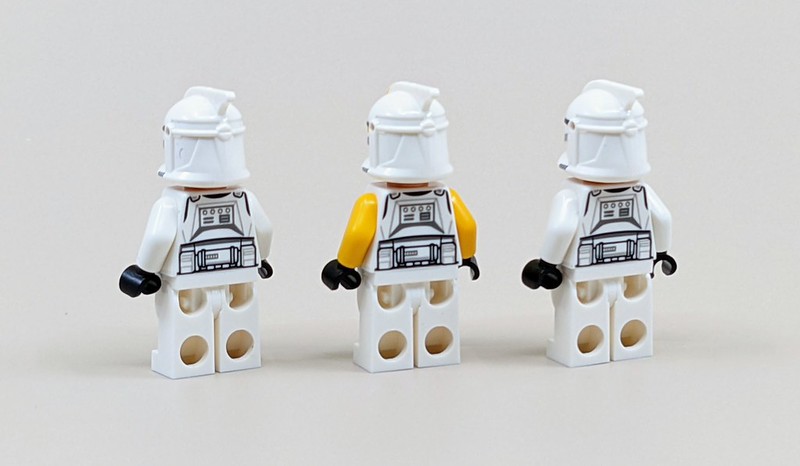 The main buildable section is a clone command post. What I like about this is the retro LEGO Star Wars feel it gives. It almost feels like these random builds from the early days of LEGO Star Wars sets. It’s a decent little set, but it seems the LEGO Group can do nothing right when it comes to Clone Wars sets. I understand fans want certain characters to appear in sets. However, I don’t think that should be the case with the Minifigure Packs, especially as they seem to be taking the place of the Battle Packs. 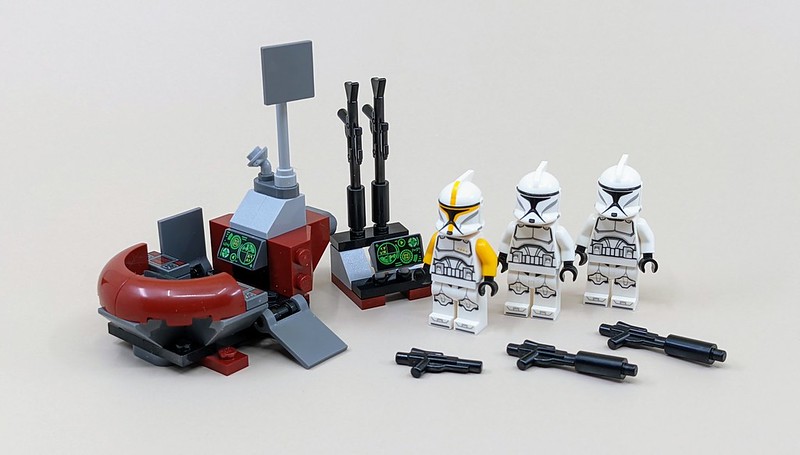 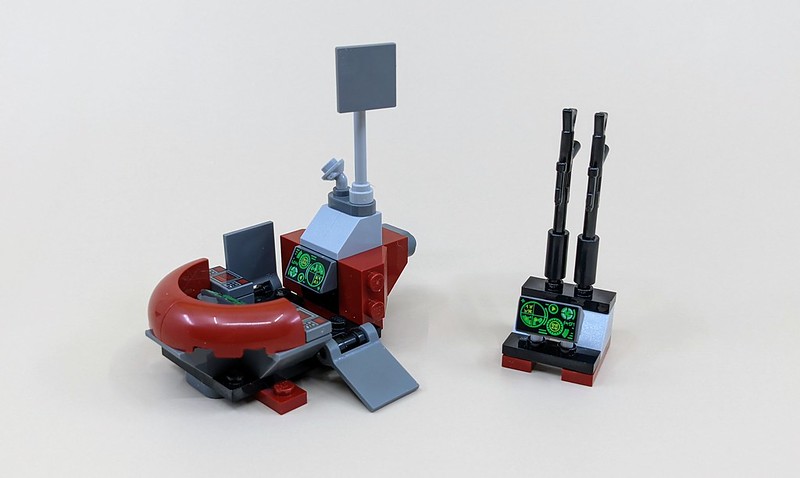 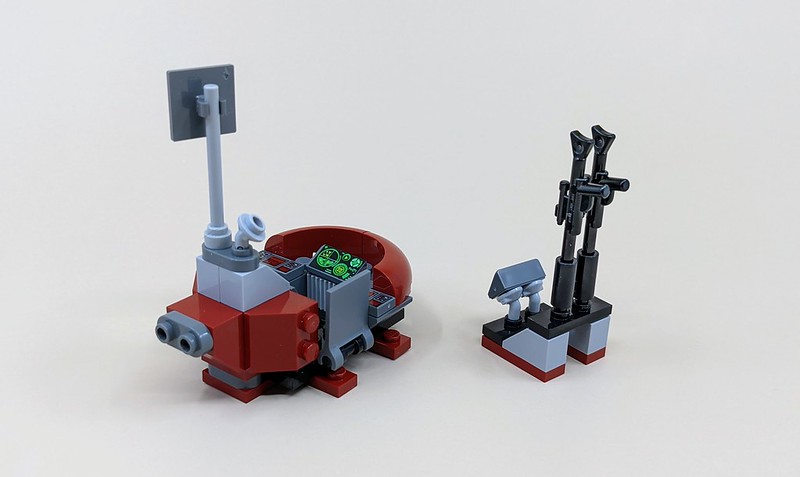 The upcoming return of the Battle Pack featuring Imperial Forces, which ties nicely with the UCS but it also links with the Minifigure Pack, which includes the rival Rebel Forces. There are three Minifigures featured in the pack, which are merely listed as Hoth Rebel Troopers, but there are two different outfits used across them. Two Troopers feature a white torso which is a slightly tweaked design, to the one used for a few years now. Previous versions have used sand yellow or grey legs. The new version ditches those for white legs with print detail. I like the extra detail but prefer the darker legs as they match the original outfit a lot more. The other Trooper features blank white legs and a light brown outer jacket, overall the detail on this Minifigure is rather lacking. All three Trooper also use the Rebel Trooper helmet complete with visor piece, which can be fitted across the face or over the peak of the helmet. 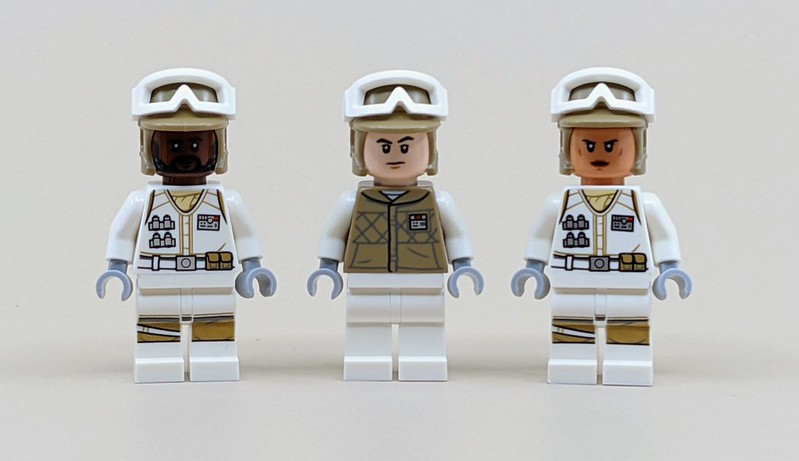 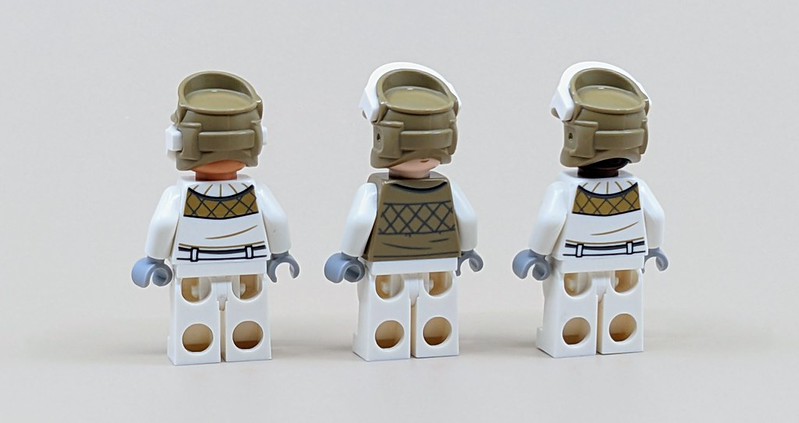 Buildable elements include very simple two tripod guns and a larger P-Tower laser cannon battlement. This is a little disappointing as it can easily fall apart and seems a little small in scale. Overall it’s a decent collection of bits, which will go far in helping to create your own version of the Battle of Hoth. 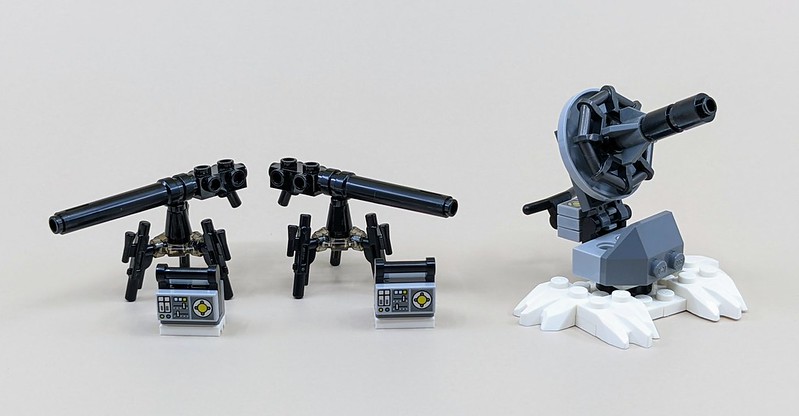 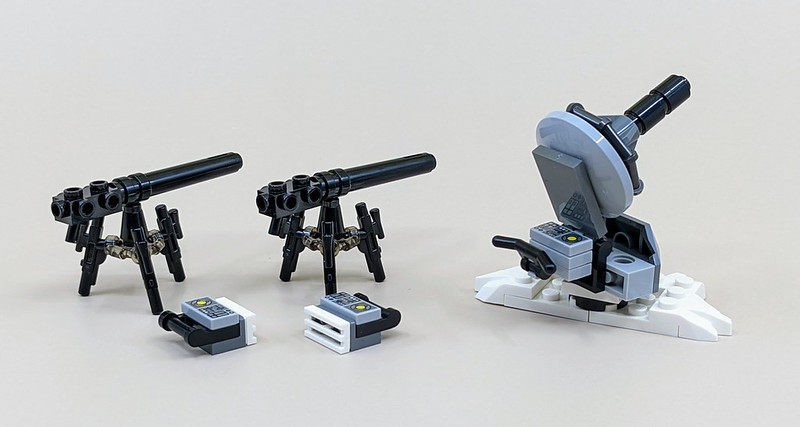 These Minifigures Accessory Packs are extremely similar to the old Battle Packs, with similar content and pricing. As I mentioned in my review of the first Star Wars Battle Pack in over a year, it seems both the usual and this new style of sets for the Star Wars theme, are being used to test how they are received by LEGO fans. Personally, I prefer this format as it’s a better price point, which is better suited to multiple purchases. Even though you lose a Minifigure, compared to past Battle Packs. The now more expensive and traditional Battle Packs could still have a place within the Star Wars line, as they could then be used to feature unusual characters not suited for other playsets and with no need to have them in bulk. A little like the Jedi & Clone Trooper Battle Pack from 2018. I certainly wouldn’t mind paying the higher price point to get some overlooked or special variants of named characters in a small set. 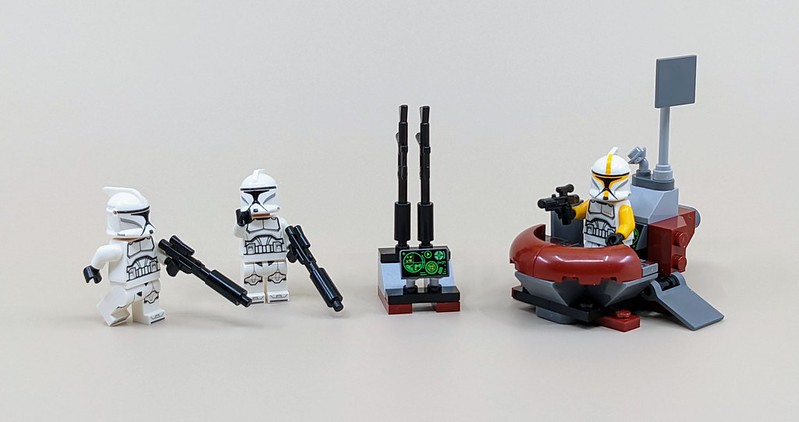 These sets were provided by the LEGO Group for purposes of review. The thoughts within this review are that of BricksFanz and do not reflect those of the LEGO Group or Disney. Providing a set for free does not guarantee a favourable opinion of the set.